Pioneering is a word, akin to legend or within the realms of fashion, essential, that is so overused that the power of its initial sentiment is lost. However, there comes a time where those certain words are the only ones to accurately describe something. So when we credit the Nakagin Capsule Tower as pioneering, and even spectacular, we mean it.

Designed by architect Kisho Kurokawa in 1972, the Nakagin Capsule Tower was the first ever piece of capsule design that also introduced the Metabolist Movement to the world. The cosmic structure is comprised of a total of 140 capsules, stacked and rotated at varying angles around a solid central core that shape, stretch and evolve over 14-stories.

The technology developed by Kurokawa allowed each unit to be installed into the concrete with 4-bolts that also permitted them to be fully replaceable. Each individual, almost spaceship-inspired, unit was fitted with a circular window and built-in bed and bathroom that provided enough room for one person to live comfortably.

In actual fact, the modular design introduced a fully dependable prototype of sustainability and recyclability in modern architecture and opened up the realms of possibility for a host of succeeding projects in the process. The uniquely compact and adaptable living system formed the fledglings of the Metabolsim architecture movement of Kisho – known for it’s focus on versatility, interchangeability and ever-expanding buildings. Perhaps, for just this once, pioneering is the perfect word. 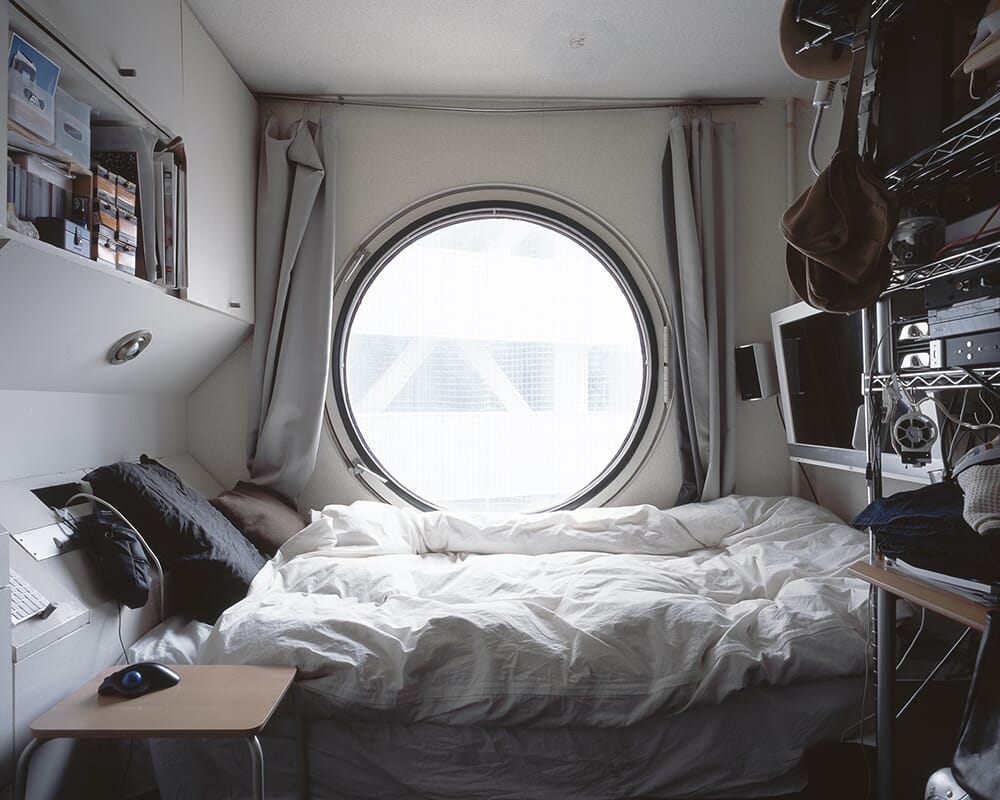 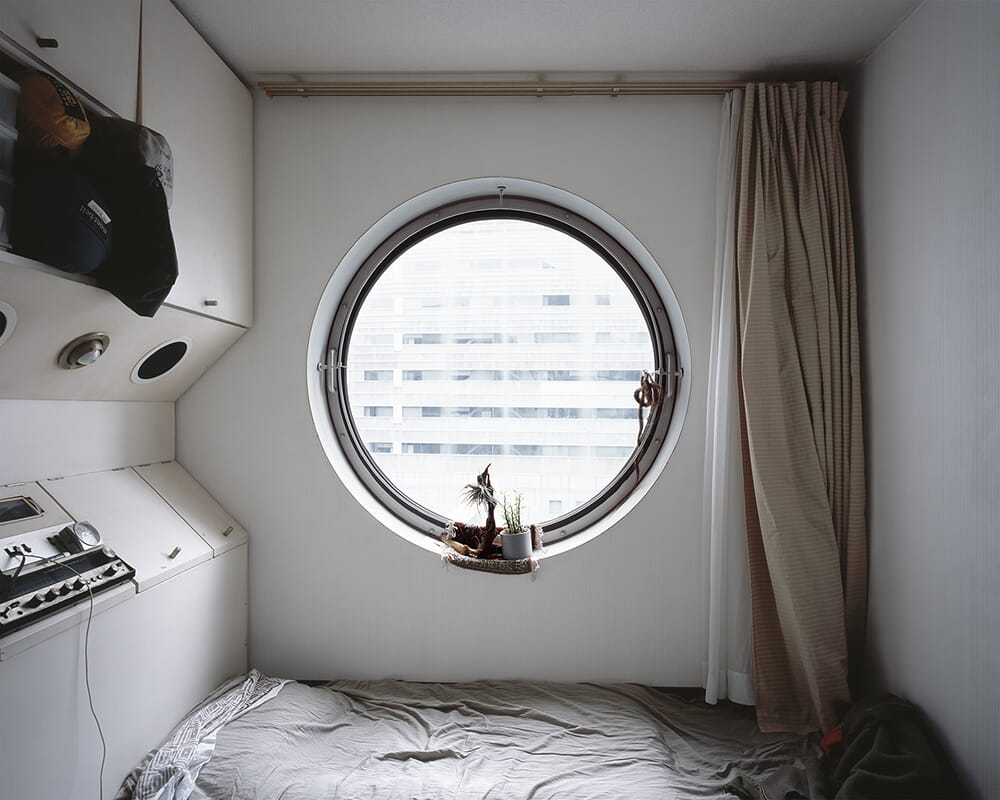 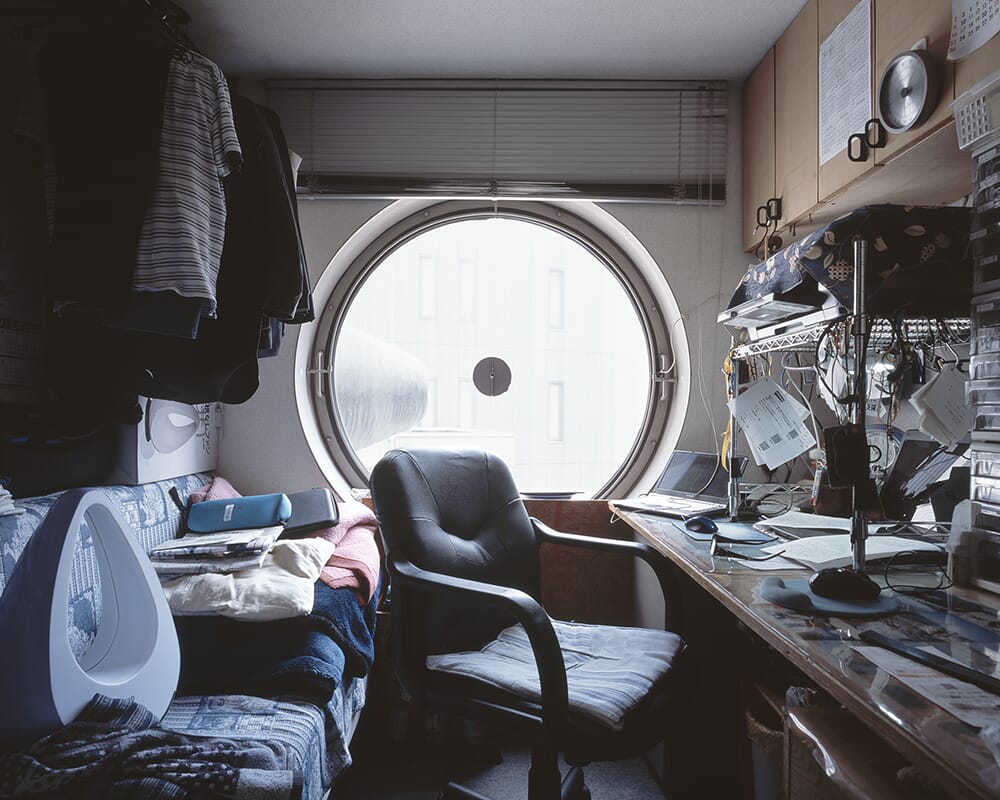