Keith Sonnier's neon sculptures are more than mere decoration, despite their instant superficial appeal. Speaking of the origins of pop art, these artworks use their often garish colours to create a surprisingly contemplative effect.

In day-glo green, cerise, bright blue and garish yellow, this isn't work that's likely to escape your notice. And somehow this is an artist who gets away with showing off his delight in colour.

The Maccarone Gallery describes Sonnier's work as "post minimalist" which only begins to describe the impact of these 14 new pieces.

There's wit here to be sure, as you'd expect from an artist who's also described as "post pop". The perceptive viewer will notice what may be phallic references as Sonnier challenges us to break into a smile, infrequently encouraged in the rarefied confines of an upscale commercial gallery.

In the 1960s Keith Sonnier was one of the first artists to utilise light in sculpture, describing its use as "democratic, mysterious and beautiful". We think his 21st century pieces feel as startlingly new today as those first pieces did fifty years ago. 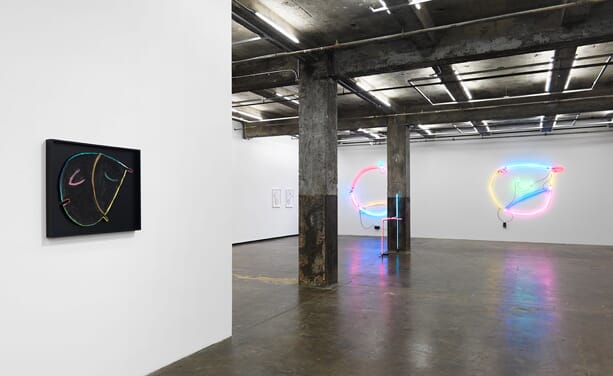 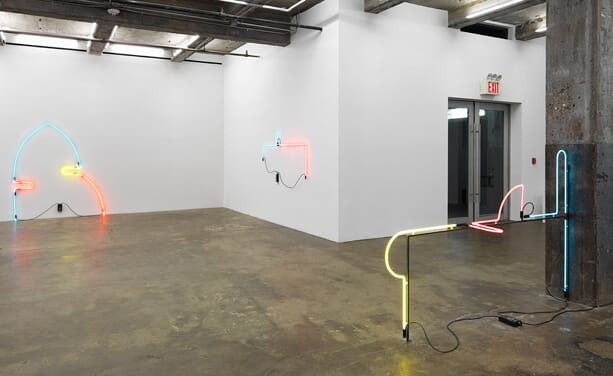 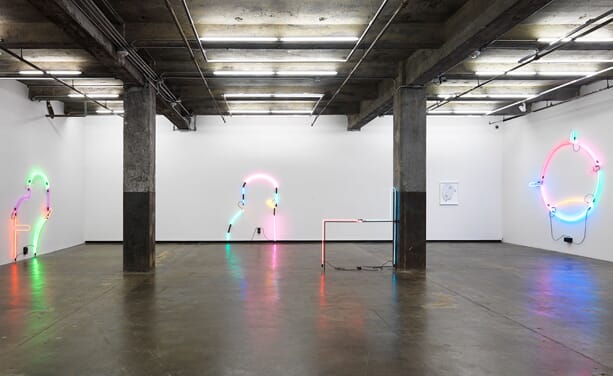 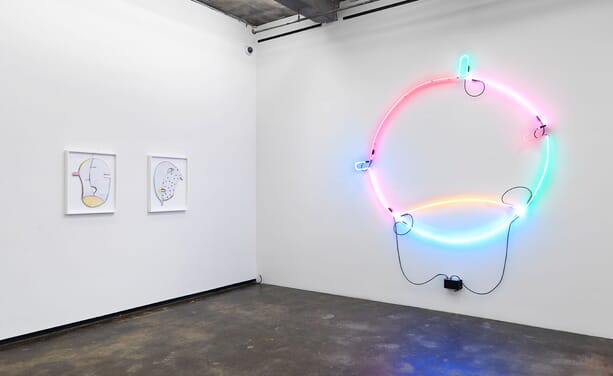