After reaching peak popularity in the 90’s, wallpaper is back. At the forefront of the 90’s revival, Dutch designer Piet Hein Eek has released a bespoke collection of wallpapers that resemble rich architectural materials ranging from marble to brick to wood.

Merely describing it as wallpaper almost does Eek’s creations a disservice, as the designs are so intricate and life-like in their conception that they deserve to be recognised as more than just wallpaper.

The collection itself consists of eight designs including black marble, white marble, black brick, silver brick, burnt wood and blue painted wooden floorboards, with an exclusive new pair of designs yet to be announced.

All of the rolls are created from a tromp l’oeil effect, which makes them appear three dimensional although they remain on entirely flat.

Renowned designer Eek, who previously worked alongside the Dutch Wallpaper Company to release a range of aged-wood designs, sourced the images of bricks and blue timber from his own hotbed of inspiration- his workshop in Eindhoven.

“We have a lot of brick walls. Not the nice New York exposed brick kind, but the ugly kind. We decided to simply paint them black,” explains Piet.

Meanwhile, the imagery for the black and white marble effect wallpapers were scanned from the floor of an old building in Amsterdam, proving that the most beautiful treasures can be found almost anywhere.

"A lot of companies have made marble reproduction products, but never in the way we envisioned it," claims Eek.

"So we decided to give it a try. When the printing proofs came in we had the exact same thrill as we had five years earlier with the Scrapwood Wallpaper. You just want to install it everywhere. "

The wallpapers has been installed in Eek’s factory in Eindhoven ahead of inaugural Dutch Design Week, which takes place from the 17th of October to the 25th October 2015. 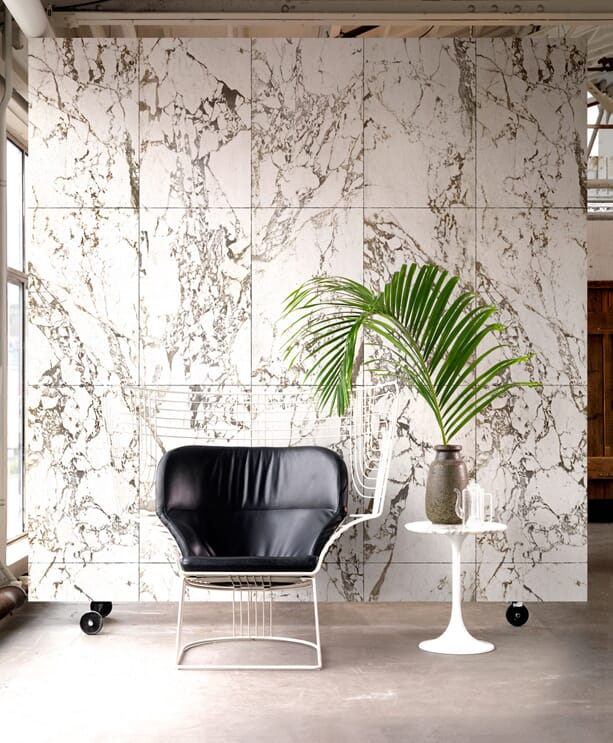 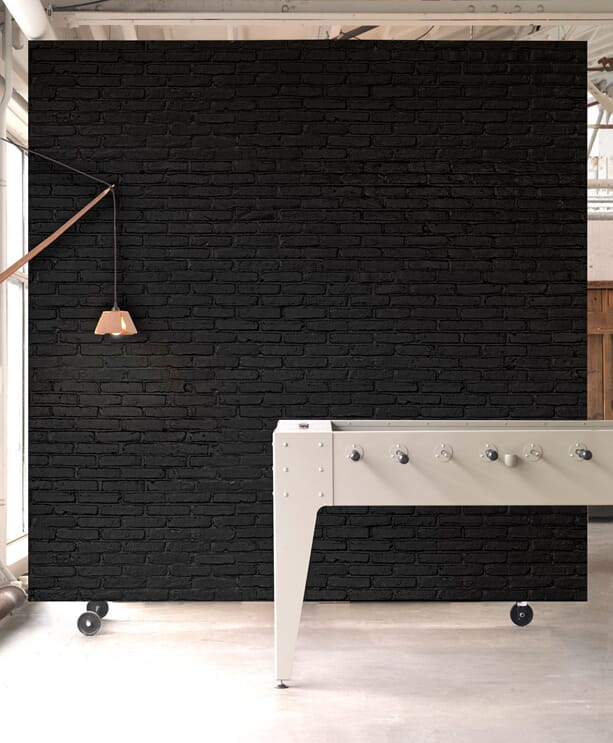 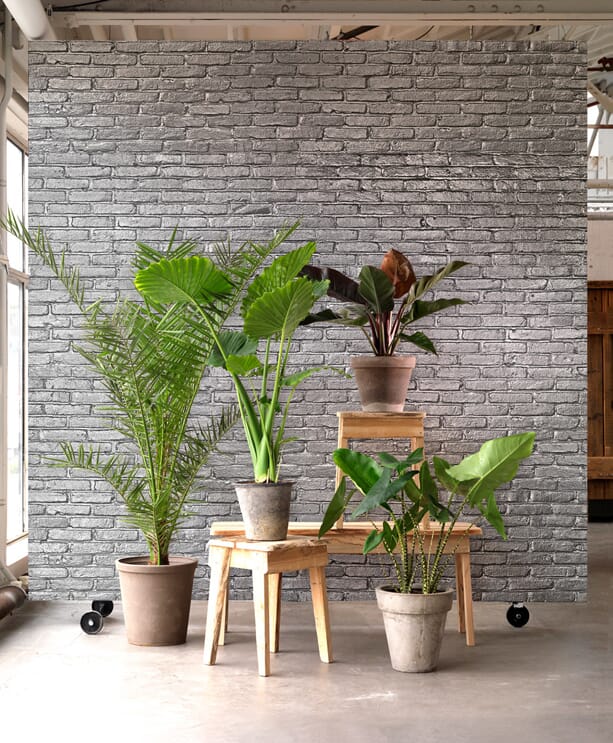