An exception to the rule.

This is the last Pontiac Catalina Super Duty ever made. After GM infamously issued a corporate edict on the 24th January 1963 that all racing related activities would be suspended, this particular ‘Swiss Cheese’ Super Duty somehow alluded orders and was completed on the 2nd April 1963.

There is no official verdict to explain how this supremely special Super Duty came to fruition, but beneath the air of mystery lies a few notions of truth to verify its conception. Official records show that the ‘Swiss Cheese’ Super Duty was ordered by Pontiac Engineering under the title of ‘internal research’, yet it was instantly shipped as part of the Pontiac dispatch to Collingwood Motors in Wyoming.

Notwithstanding its already illusive appeal, the Swiss Cheese Super Duty is the only model to not be painted in the brand’s distinctive Silver Fire-Frost paint scheme, instead it adopted a more simplistic Pontiac Silvermist Grey. Perhaps, another method of deception used to allow the car to remain under the radar throughout production.

Disregarding the Super Duty’s miraculous conception, the car’s title of ‘Swiss Cheese’ is perhaps the biggest mystery in the entire project. But that, can be explained. The model became known as the ‘Swiss Cheese’ Super Duty as the engineers at Pontiac specified that 130 holes were to be drilled through the perimeter-type steel frame to make it light, and thus, faster. Rigidity and subsequent sluggishness were a major taboo for any noteworthy car destined for drag racing.

The result did translate in to quicker speeds, and the weight-saving solutions did not stop at the car’s frame. Along with the Swiss Cheese treatment, the Super Duty was installed with aluminium alloy fenders, inner panels, aluminium bumpers and hood. Complimenting the assortment of aluminium components is the potent 421 Super Duty V8, 6.9 Litre engine, complete with 410 hp.

This particularly special Super Duty Pontiac Catlalina rolls up to auction via Barrett-Jackson’s showcase in Scottsdale on the 23rd of January 2016. With a unique history and iconic status, the ‘Swiss Cheese’ looks set to earn a handsome fee in excess of half a million dollars. 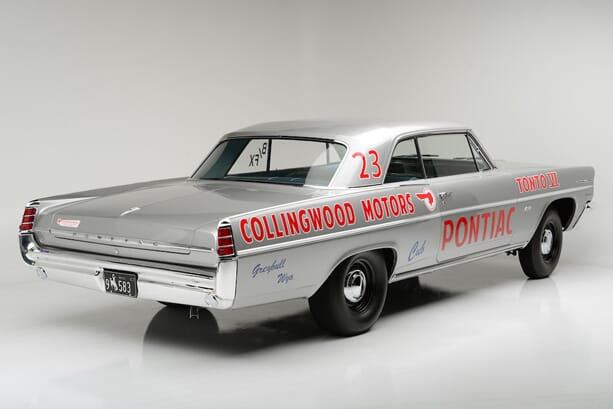 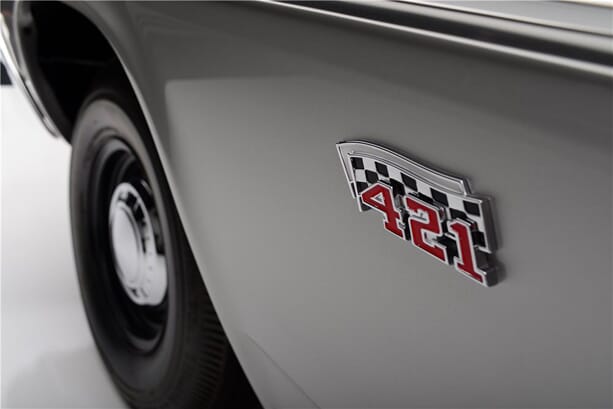 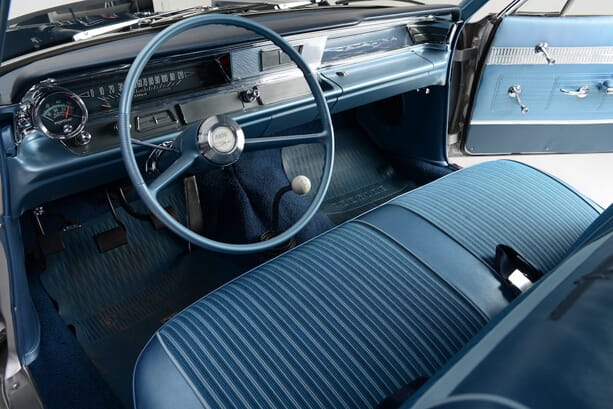 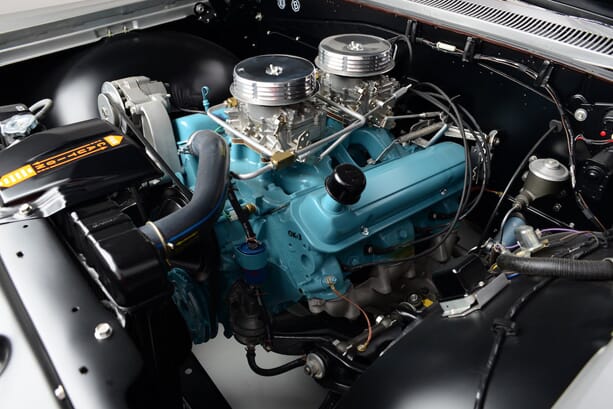