The 959 is a magnificent oddity among great Porsche sports cars. Built as a homologation special, just 345 examples were hand crafted so that the Porsche 959 could qualify under international regulations as a Group B rally car.

One of these super-rare German monsters will be auctioned by RM Sotheby's in January, and you can be sure that super-rich collectors are already lining up to bid.

The wild looks speak of the excesses of the 1980s, and yet Porsche conceived the design to be purely functional. The flat six engine was fitted with twin turbo-chargers and powered all four wheels, capable of propelling the 959 to a maximum speed of 195 miles per hour, making it the fastest production car of its time.

The 959 was the forerunner of today's four wheel drive supercars, used as a testbed by Porsche for a wide variety of technological advances.

In competition the 959's best result was a one-two finish in the 1986 running of the punishing Paris-Dakar Rally.

RM Sotheby's have yet to put an estimate on the Porsche 959 Komfort, but the same auction house sold a similar car earlier this year for £690,000.

Given the rarity of the 959, this Porsche's desirability to collectors and, let's face it, the quirky appeal of its over the top looks, we'd expect the car to meet or even exceed that figure.

The Opumo car park would be more than happy to welcome its presence. 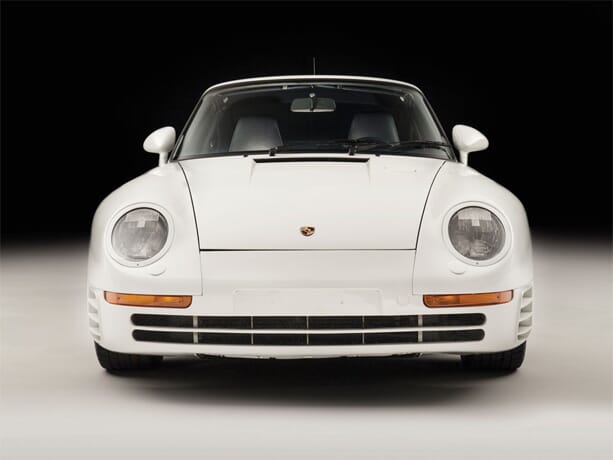 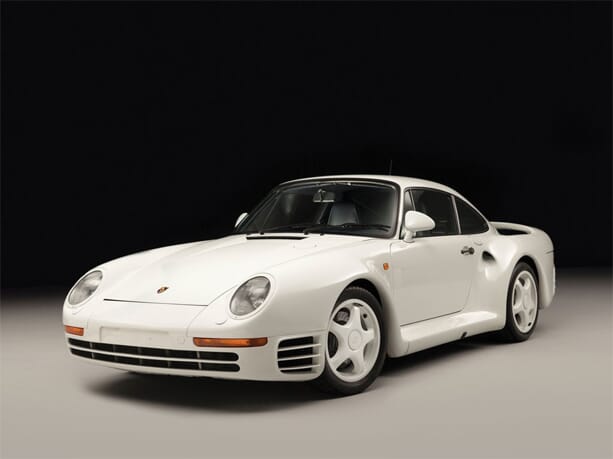 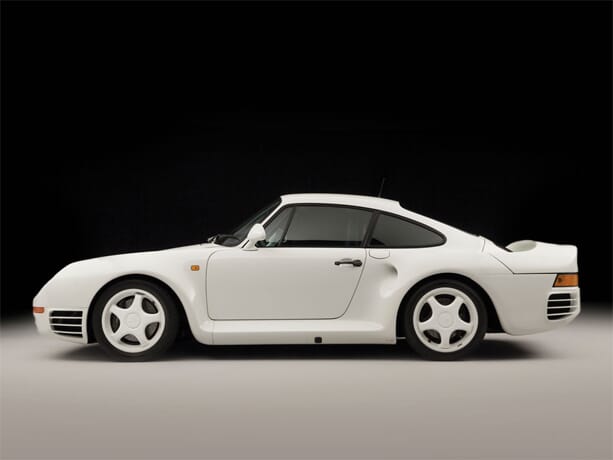 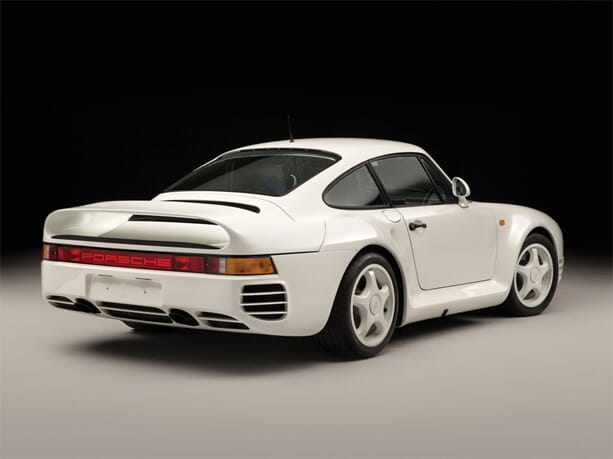 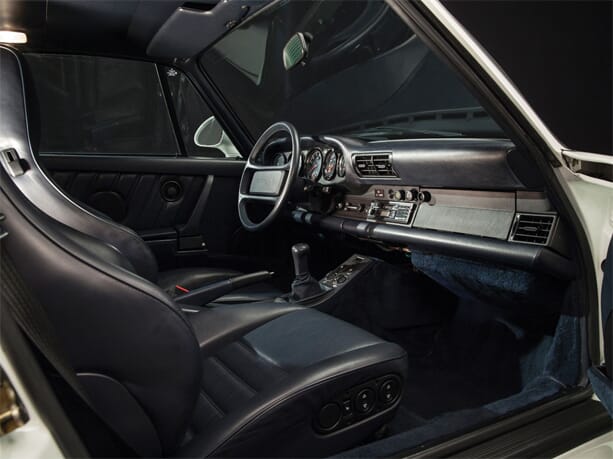