Auction season is well underway, and here at OPUMO we like to cast our adoring eye over all the latest cars that will be going under the gavel. So it comes of no surprise that this special edition Porsche 964 Carrera RS caught our attention.

The car responsible for consolidating the Porsche 911 reputation as lightweight, versatile and simply enigmatic engine- this particular Porsche 964 Carrera RS is for sale via the 4 Star Classic Cars website. But before you lodge your bid, check out just what makes this specific edition so supremely special.

The Porsche 964 claims its name from the internal name for all Porsche 911’s manufactured and sold between 1989 and 1994, with this particular edition constructed in the height of the 964 dominance, in 1992.

There is more to the 964 Carrera than just a name change, however, as the first 964 editions were all wheel drive equipped, installed alongside a flat-6 displacement of 3.6 litre engine which produced an unparalleled driving experience.

Other adaptations came in the form of an entirely new suspension system and electric spoiler while power steering and exclusive ABS brakes were both installed for the first time.

The exterior, finished in an opulent Grand Prix White paintwork, features all its original body panels alongside the bespoke bumpers and fog lamps which sit flush in to the car, another first for the 964, to allow for better aerodynamics.

Inside, in true RS style, the car is devoid of equipment such as electric windows, rear seats, and a radio. What is left, is a spectacular cockpit bearing only the essentials, which only served to enhance the authentic, racing-inspired experience that every Porsche 964 is so famous for.

Available for bidding via 4 Star Classics today, this scintillating Porsche 964 Carrera RS is priced up at £179,995. A mere snip at the inimitable pleasure that this car will no doubt bring to its lucky owner- after all, you can’t put a price on happiness. 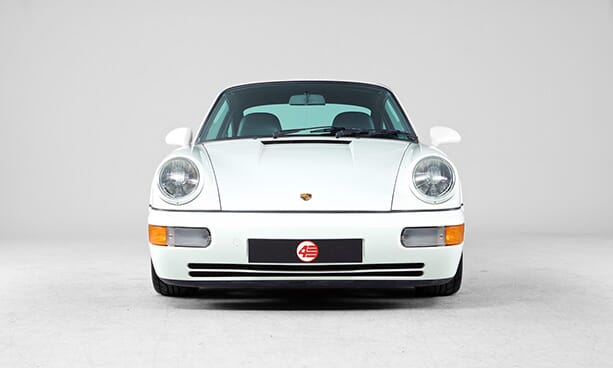 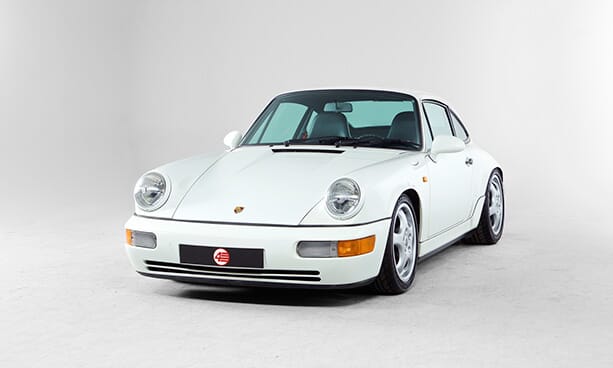 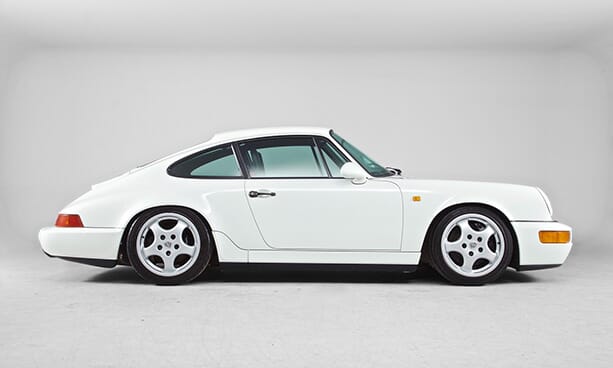 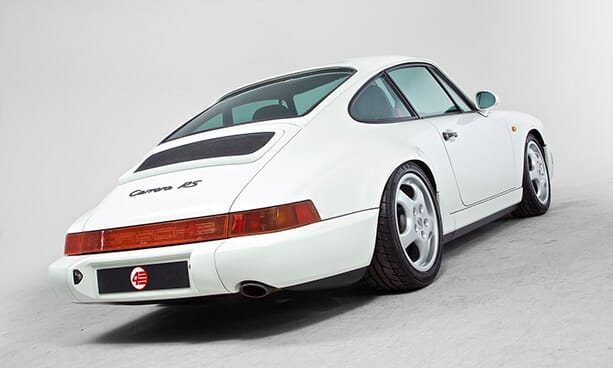 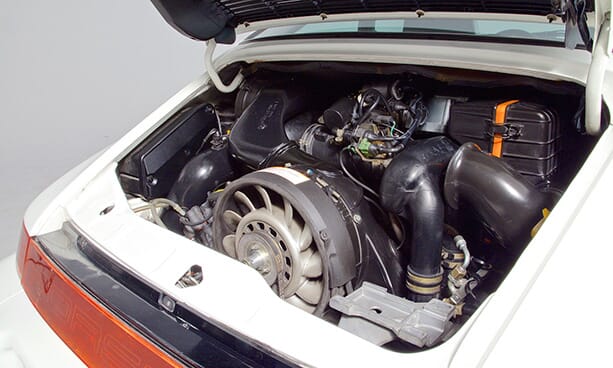