Intuitive continental design; made in London.

Situated on the banks of the Bosphorus, in the Istanbul province of Bebek, the Duplex Penthouse from 1508 London combines spectacular scenery with a minimalist sensibility.

Boasting an understated sense of elegance, the 330-square-metre family apartment is stationed on the city’s European side, on a secluded, sheltered bay. In order to accentuate the idyllic location, 1508 London use sweeping views of the waterway to frame the house; complimented by an open plan interior. Decorated with minimal frameless windows and reflective mirrored walls to enhance the sense of exposure. Compete with a seamless glass balustrade on the balcony to perfectly present the panoramic views.

The intricate relationship with the banks of the Bosphorus are beautifully reflected within all elements of the interior, and are delicately balanced by a protective screen which hides a junction of beams- patterned in a simplistic facade to permeate an ancient Selcuk design. Elsewhere, the apartment’s interior remains entirely serene and uncluttered to display the client’s collection of art.

Despite adopting a simplistic, largely neutral colour scheme, the luxurious materials and touches of texture throughout the interior make for a warm and comforting feel. Displayed by the use of locally-sourced materials, with off-white Turkish stone floors dominating the communal spaces alongside the blue onyx used for the kitchen island which reflects the colours of the Bosphorus waters.

The opulent design is enriched further with a large decorative screen in the stairwell of the property, with the intricate latticework a modern nod to the traditional Ottoman Selcuk motif. An ideal aesthetic for an apartment perched on the edge of two continents. 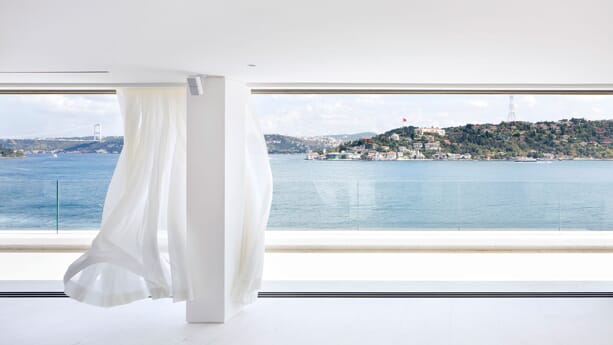 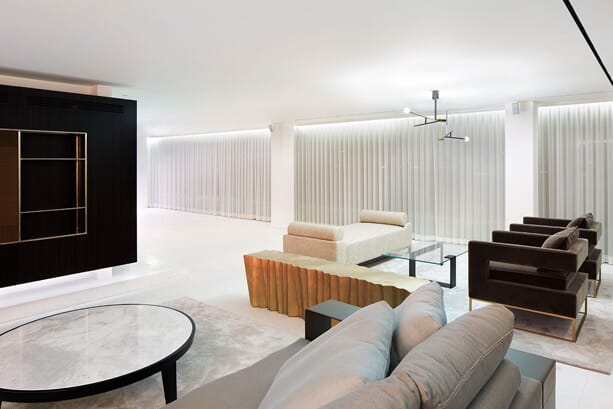 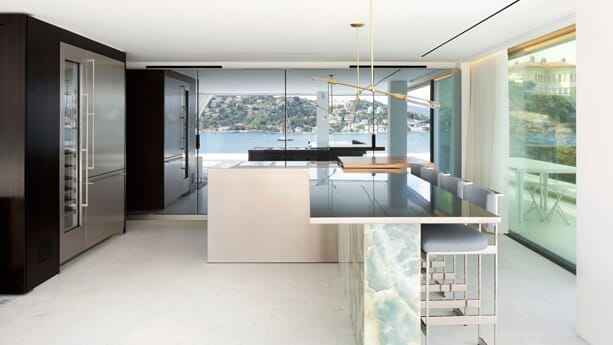 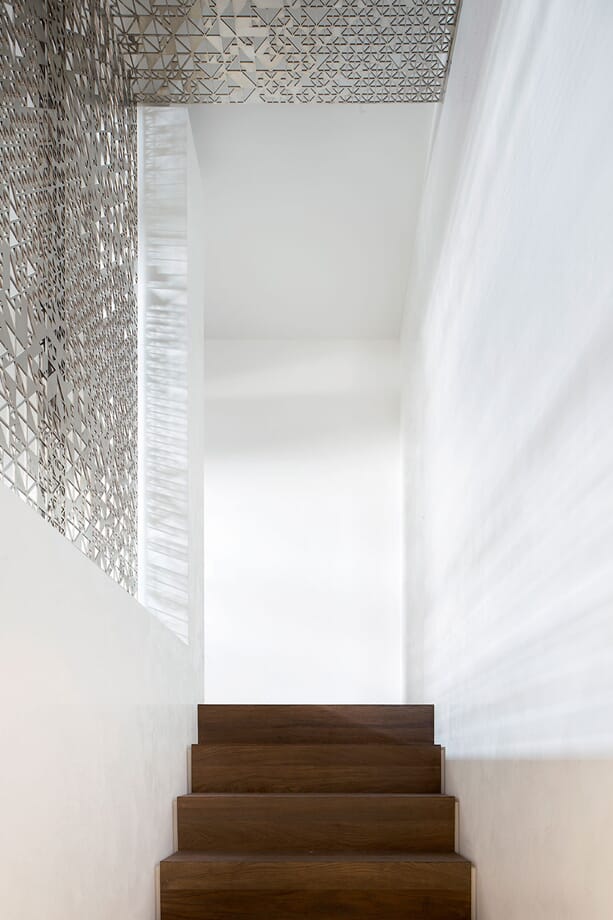 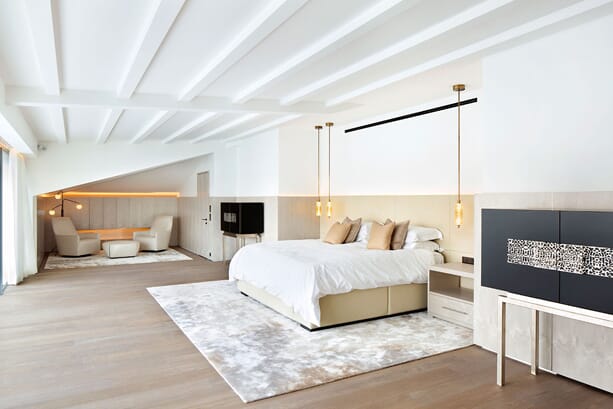 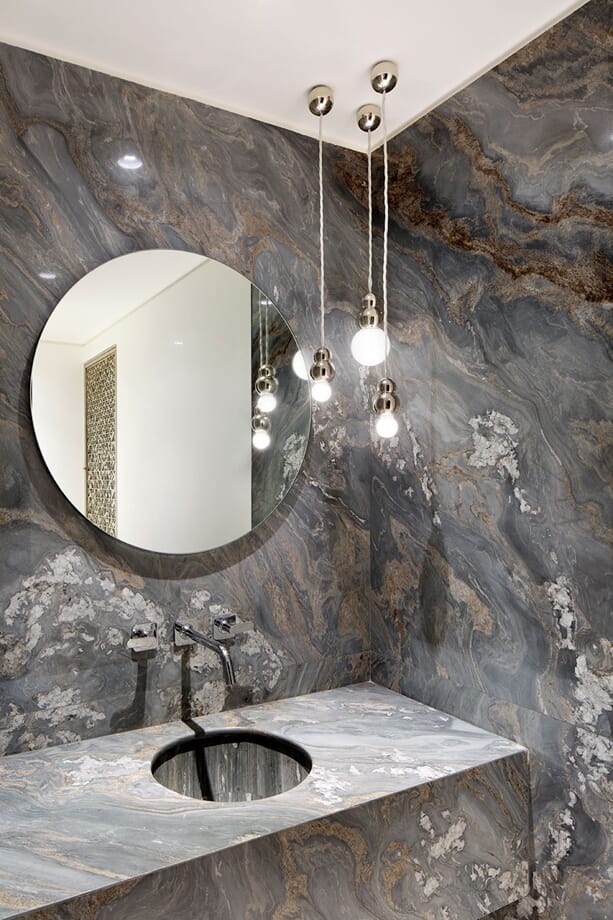