Sought After Apartment by AIM Studio

Foregoing the constraints of time and space; AIM Studio renovate a diminutive 50-square-metre apartment into a sophisticated and spacious modern abode.

Residing on the 4th floor of a traditional 1920’s Milanese building, the idea of a new apartment was based on the notion of a ‘wellness spa’- whereby the new owner wished for a larger, more spacious kitchen and bathroom, that would feel more like a serene spa. Reorganising the entire space, AIM Studio tore down the load-bearing beams to ensure correct load distribution was upheld to support the new, versatile layout. In the creation of the new interior, all floors were completely changed, with the dividing wall between the living room and bedrooms the only original feature left in tact.

Despite the complete renovation, the apartment manages to balance a new, modern identity with the candid, warm feeling of the traditional 1920’s structure. Which, of course, goes some way in explaining the apartments title of ‘Sought After’.

As a consequence of the extensive restoration, and subsequent need for functionality, the level of detail inside the new property is incomparable. The burnished steel-plated kitchen represents a strong focus amongst the open-plan living area,  while the Carra marble shelf, installed in place of conventional kitchen cabinets, provides an elegant touch of decoration.

Elsewhere, the Eames inspired seating alongside the 1955 Medea vintage chair enhance the apartment’s contemporary styling, supplemented by the brushed cement finish that acts as a blank canvas amongst the walls of the corridor, kitchen and living room.

But as AIM Studio were working to restricted time and space, intuitive elements of design were implemented to ensure the home is expanded beyond its basic, small shell. The bedroom is separated from the rest of the apartment through an invisible door that when closed, blends expertly into the wall. While the placement of a long-stretching mirror at the end of the apartment’s hallway allows an abundance of natural light from the living room to flood the property - again, creating the illusion of more space.

Take a closer look at the entire Sought After Apartment below and visit the AIM Studio website for further projects from the Milan-based creative platform. 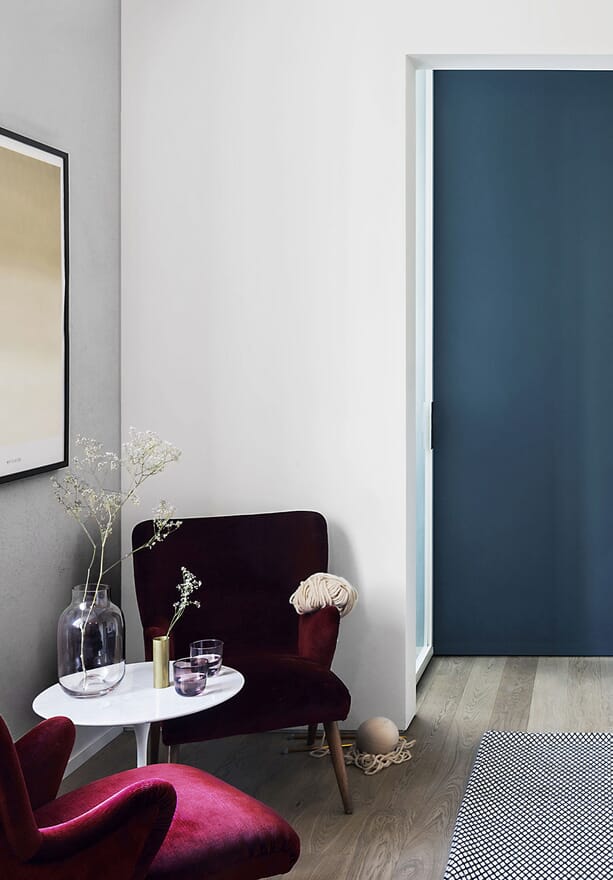 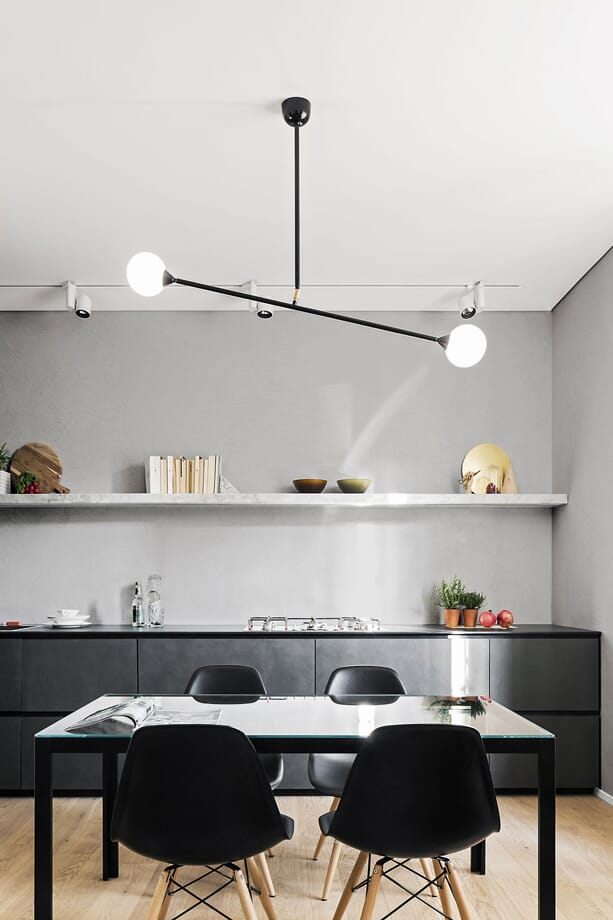 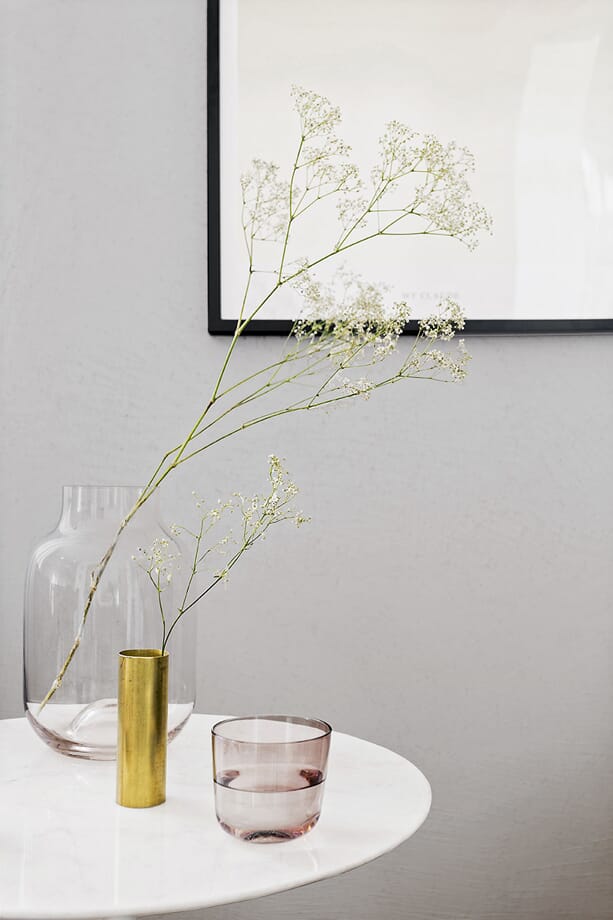 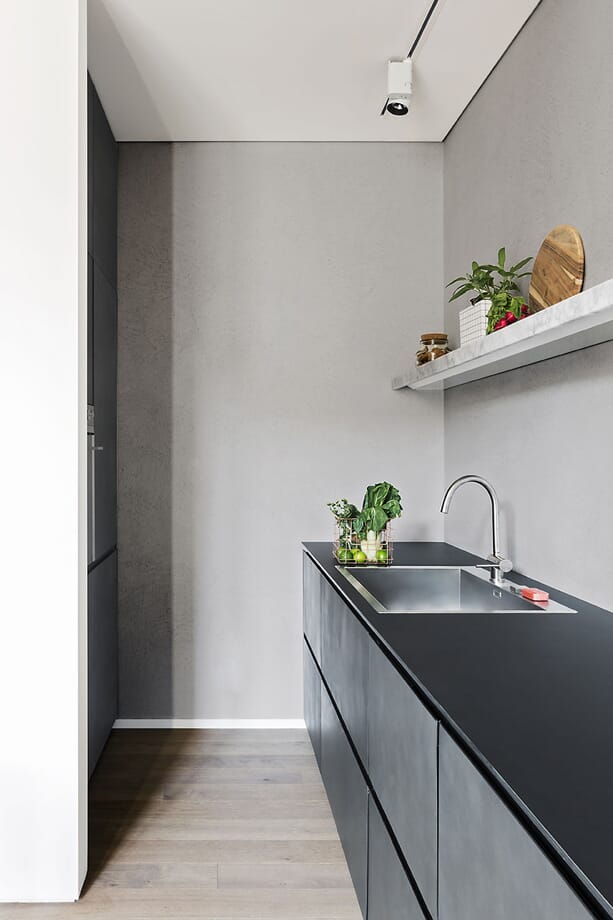 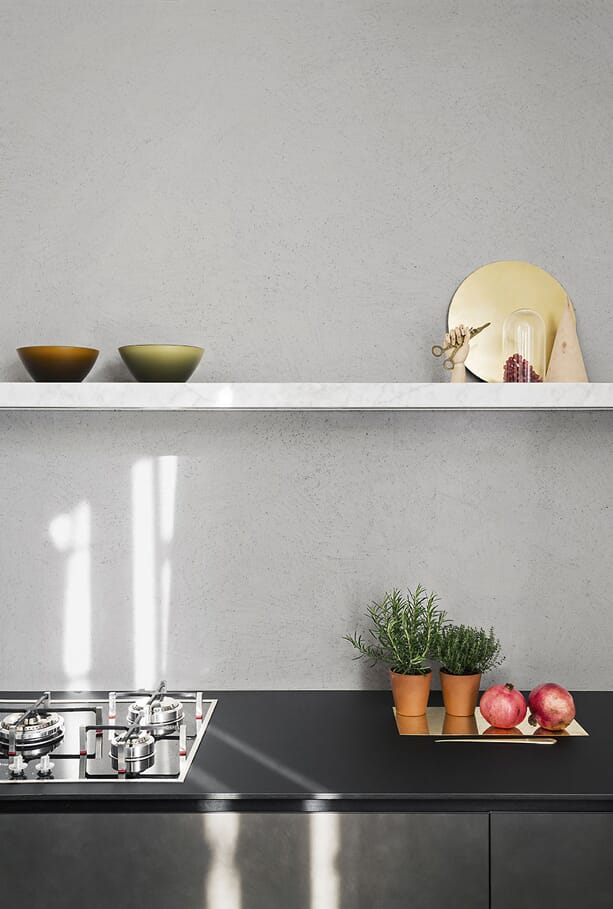