The defining design of a generation.

Envisioned by the iconic pairing of Ray and Charles Eames, and originally produced by Herman Miller, the lounge chair is a hallmark of mid century modernism.

But as a consequence of the chair’s timeless appeal, an onslaught of imitations followed. However, a unique collaboration between Herman Miller and New York City based design studio 3Sixteen, reimagines the true spirt of Eames by producing a special edition Lounge Chair to supersede all other replicas.

The partnership takes on greater significance by the fact that Herman Miller rarely partakes in collaborative projects. Yet the 3Sixteen partnership is no ordinary collaboration; as the merger combines 3Sixteen’s luxury vegetable-tanned leather with Herman Miller’s iconic hand-oiled Santos Palisander wood veneer shell for a spectacular Eames-inspired finish.

What is more, the leather of this special edition chair is a distinct move away from the traditional materials used, as similar to 3Sixteen’s revered raw denim, the leather hide will age beautifully over time. With the natural vegetable tan forming wrinkles around the edges and corners, to act as a perfect tribute to the Charles Eames quote of the chair resembling ‘a well-used first baseman’s mitt’.

The custom-made chair will be unveiled at the Pop Up Flea in New York City, a market celebrating American design and craftsmanship, between December 11th – December 13th 2015. For more information, head to the 3Sixteen website. 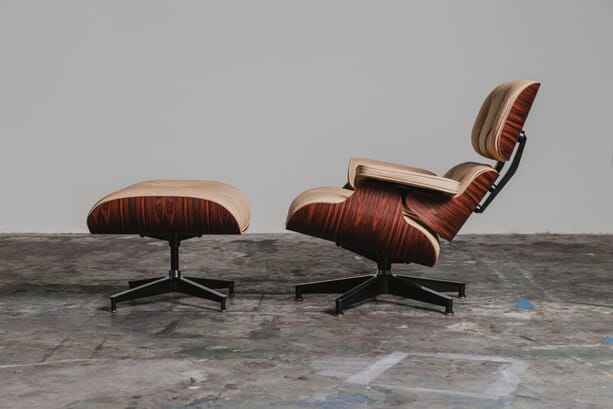 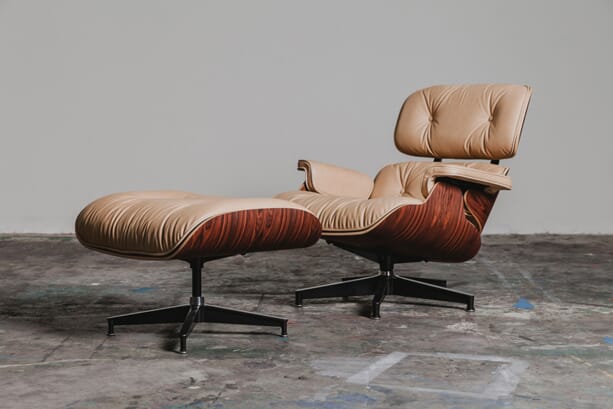 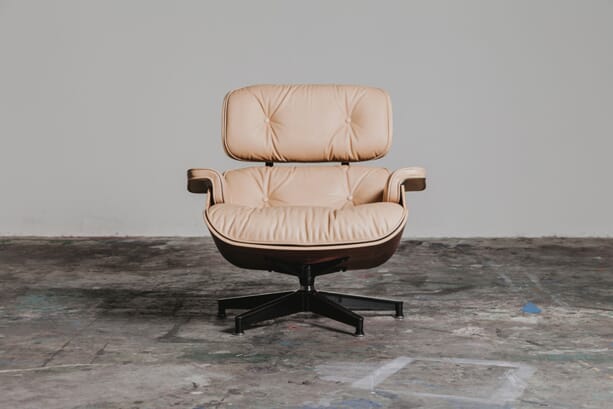 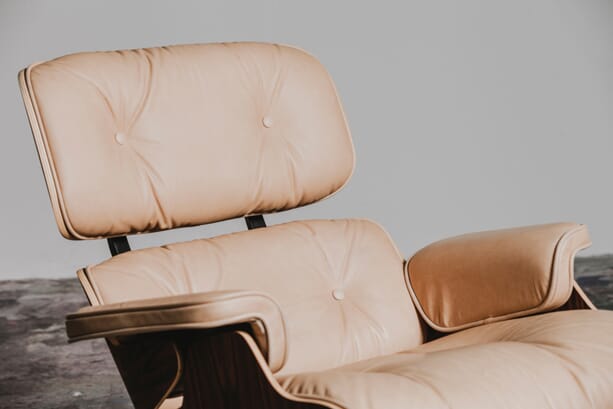 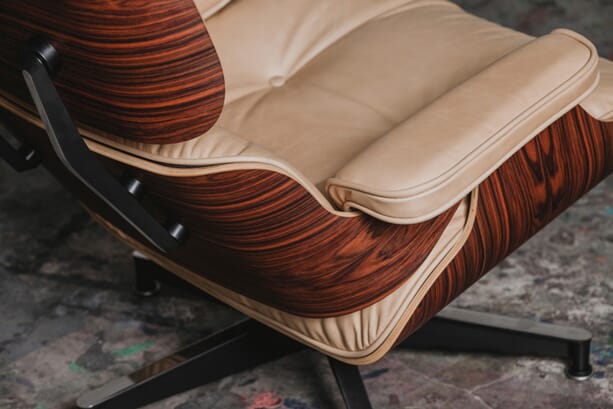