Defined by a stunning wooden façade, the S&S House by Besonias Almeida Arquitectos is a serene escape within the dunes of the coast of Buenos Aires.

The new development has been designed within a young acacia and pine tree afforestation, and so the S&S house has been manipulated to exist naturally within the rich landscape.

Consequently, the home is built to respond with nature, most noticeably through the open-wooden facade; exposing the interior and central courtyard with the intense sun and coastal winds.

The aesthetic construction of the house, largely formed of concrete, has been designed to blend with neighbouring properties in the Mar Azul area; established on the principles of formal austerity and low maintenance throughout the year. Built as a single volume, the house is pierced by a courtyard that remains hidden to differentiate the property into to distinct sectors. The neighbouring sectors are connected by a smooth, stretching ramp that crosses the divide and is partnered by a concrete pergola.

The house boasts generous amounts of space to cater to the needs of the modern family which live in the property during the summer months. The modern kitchen is visually integrated into the raw concrete façade, and stretches outwards for a unique outward expansion into nature. The holiday home also contains three bedrooms, a private bathroom and dressing room, with all the rooms developed upon one level.

Moving outside, the social sector of the house is defined by the expansive terrace which is periodically placed in direct relation to the trees that occupy the entire rear of the property. In doing so, the strategic location and the spatial richness of the terrace adds to the different sets of lights and shadows that reflect on to the property. 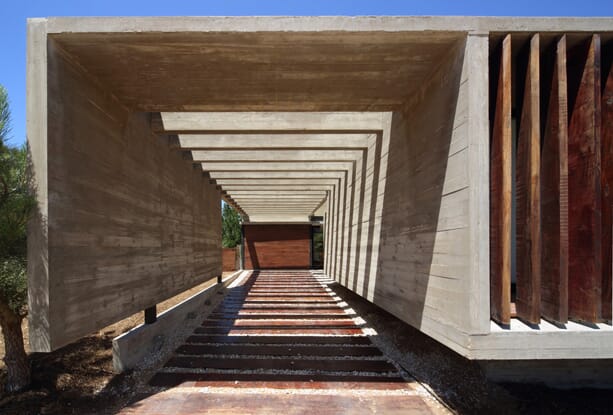 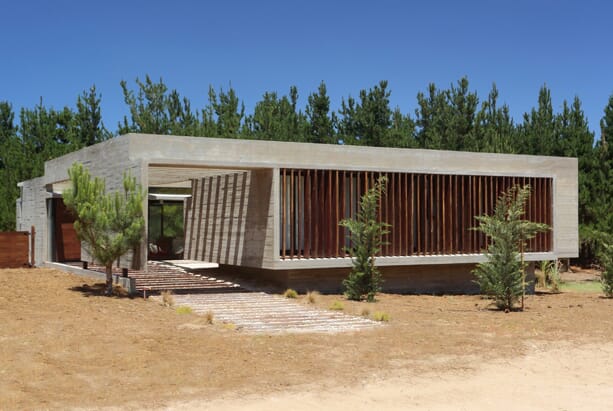 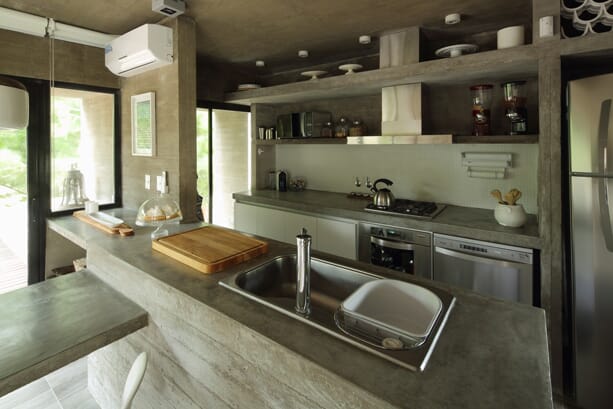 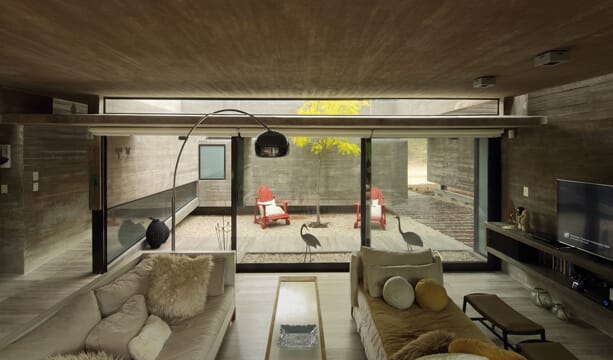 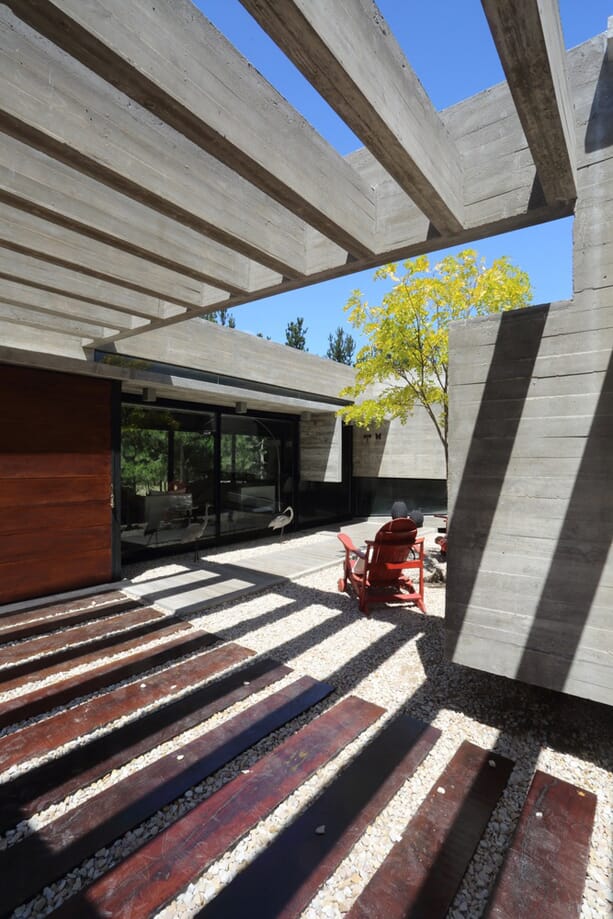