The man behind one of the most enigmatic and awe-inspiring scenes in cinematic history, Steve McQueen is undisputedly an icon of a generation.

Responsible, by and large, for starting every man’s love and devotion towards two wheels; the celebrated actor’s 1934 Indian Sport Motorcycle goes up for auction on October 18th 2015 at Staffordshire Country Showground through Bonham auctioneers.

McQueen was a huge advocator of Indian Motorcycle- the Springfield, Massachusetts-based motorcycle manufacturer whose hallmark lies with producing classic American models, with the Indian Sport a slimmer, quicker version of the brand’s prestigious Scout model.

Regardless of its look or even engineering expertise, the bike will undoubtedly turn heads due to the imitable reputation of its former owner. This specific bike, however, is wholly unique- and fully deserving of its current fervour- making it one of the most prestigious two-wheelers in the world.

Fully restored by Von Dutch, specifically for McQueen, the Indian Sport is a lightweight model that runs on a 750 cc engine – and just one of a scarce number that could reach top speeds of 90mph.

This beautifully restored machine also features an ivory and black paintjob alongside an open frame, and Euro-style fork for a supremely stylish aesthetic.

Adding the seal of authenticity, the bike also comes with a UK V5C registration document and a certificate of title from the state of Idaho signed my McQueen himself.

Estimated to earn a price of $83,000-$100,000 comes of little surprise as seldom do opportunities like this arrive often. A fine example of modern history; that although it doesn’t guarantee the status or effortless aura which McQueen was so famous for- it’s certainly not a bad place to start. 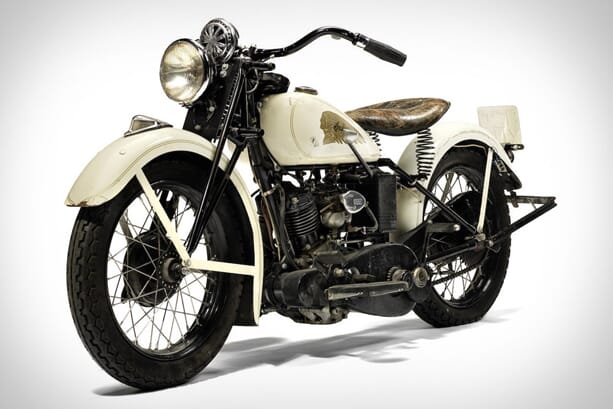 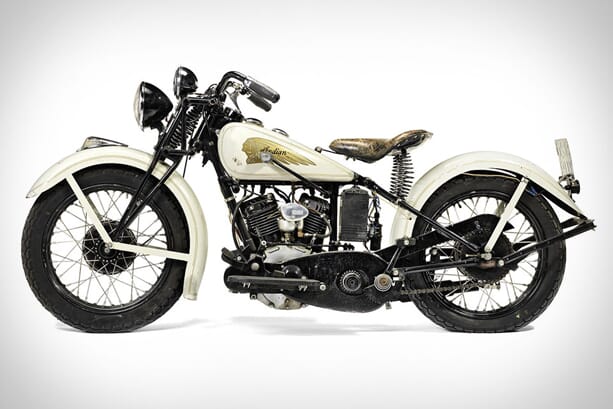 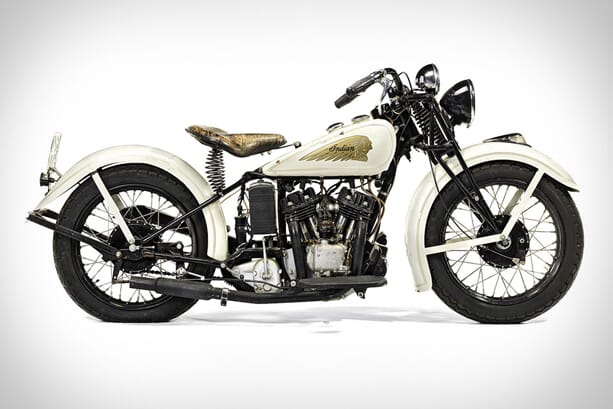