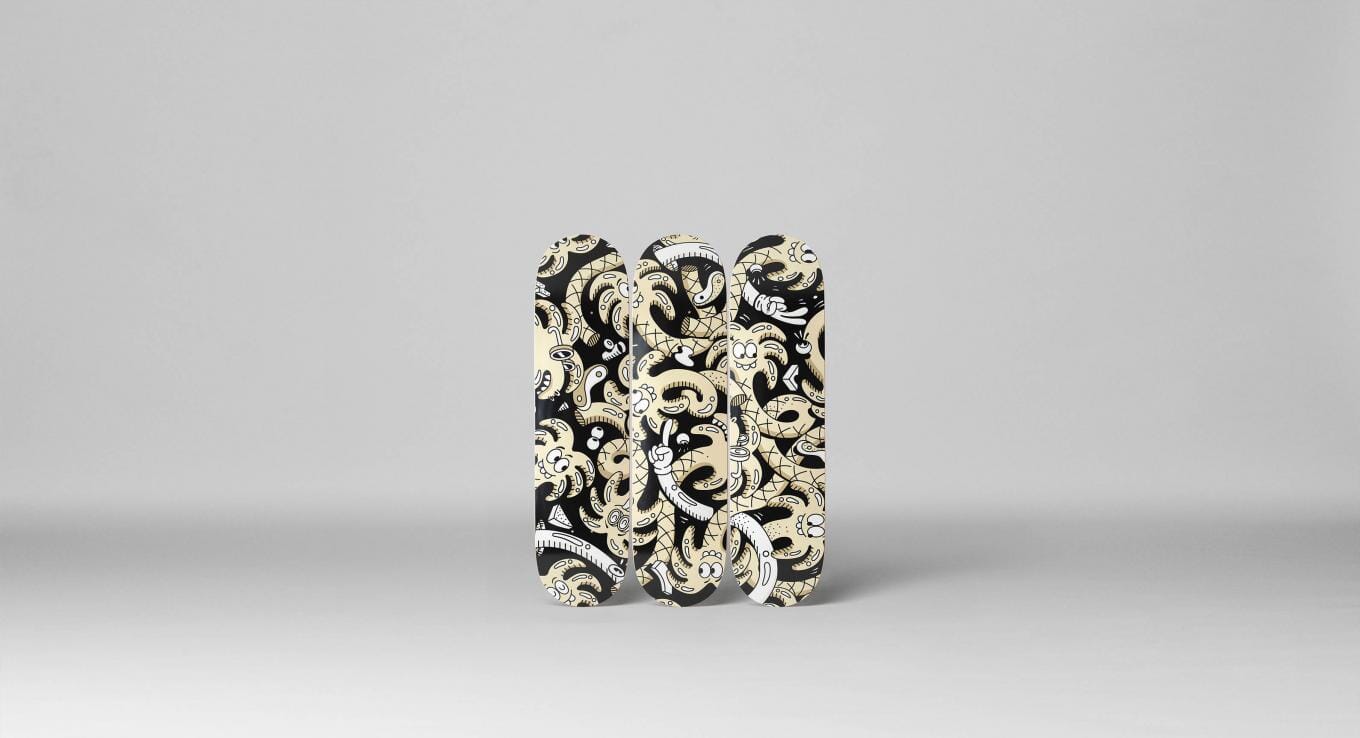 Los-Angeles-based artist and designer Steven Harrington is the latest name to have partnered with The Skateroom for an exclusive run of collaborative art decks.

The Skateroom harbours that extra-special ability of being able to drop new collaborations out of a hat and make a real impression. Granted, that has something to do with the air of mystery surrounding the brand – as you just don’t know where they will step to next – but its also due to their pioneering nature in the realms of making skating a form of modern art in its own right. It brings the two worlds together a lot closer than they have ever been before. 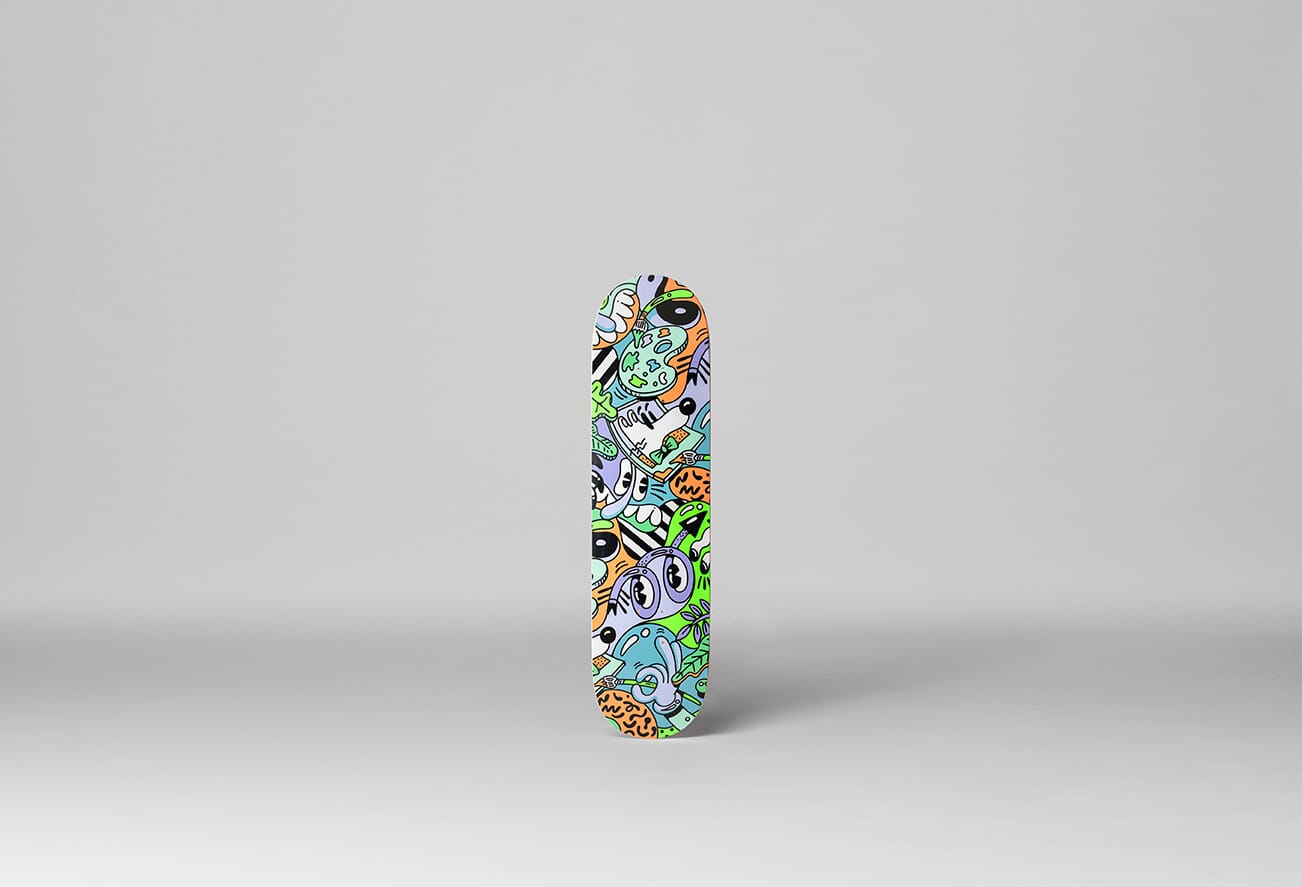 In this latest initiative with Steven Harrington, the skateboard decks are being in a limited-edition run of just 100 decks. Most impressively, though, the collaborative decks extend The Skateroom’s first ever series dedicated to graphics and illustration – fields that have consistently inspired skate and DIY culture – to join the works of Jean Jullien and Jeremyville.

Regarded as the leader of contemporary Californian psychedelic-pop aesthetic, artist Steven Harrington is best known for his bright, playful and iconic style that encourages a two-way conversation between the artist and viewer. Much like the way The Skateroom operates with art and skating. There’s a timeless quality to Harrington’s characterful yet contemplative work, which is inspired by California’s mystique, vastly diverse landscape and thriving mix of cultures. These amalgamation of ideas have come to inspire the triptych entitled Rose as well as one standalone skateboard dubbed Anxiety. 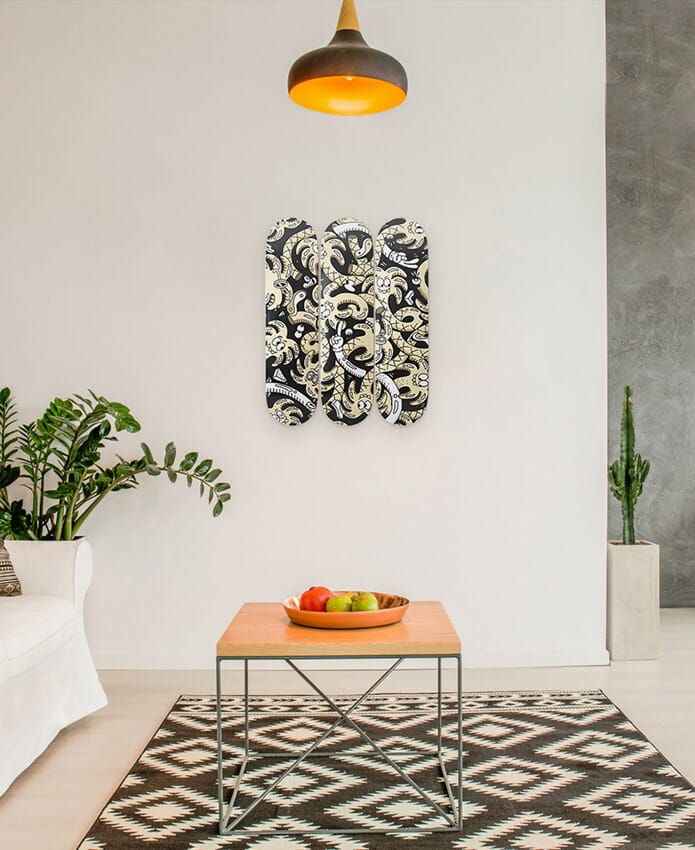 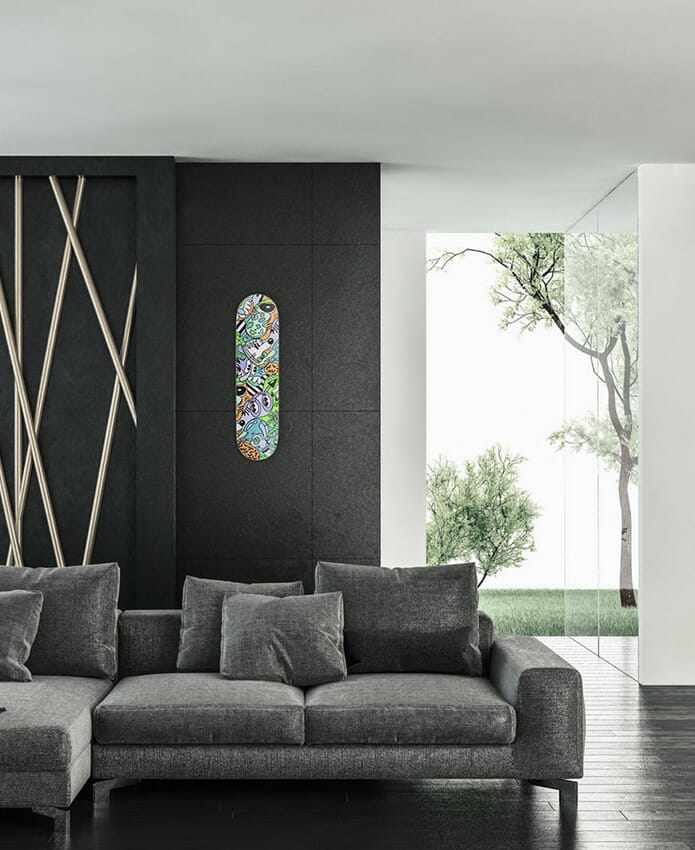 As with all The Skateroom projects, a proceed of the sales will go to benefit Make Life Skate Life which is a year-long volunteer-led skate programme that aims “to make skateboarding available to everyone who wants to learn while encouraging the participation of girls and refugees,” said The Skateroom. Additionally, The Skateroom will also send out 375 colouring books made by the artists to Skateistan for their ‘Skate and Create’ programme in South Africa, Afghanistan and Cambodia. 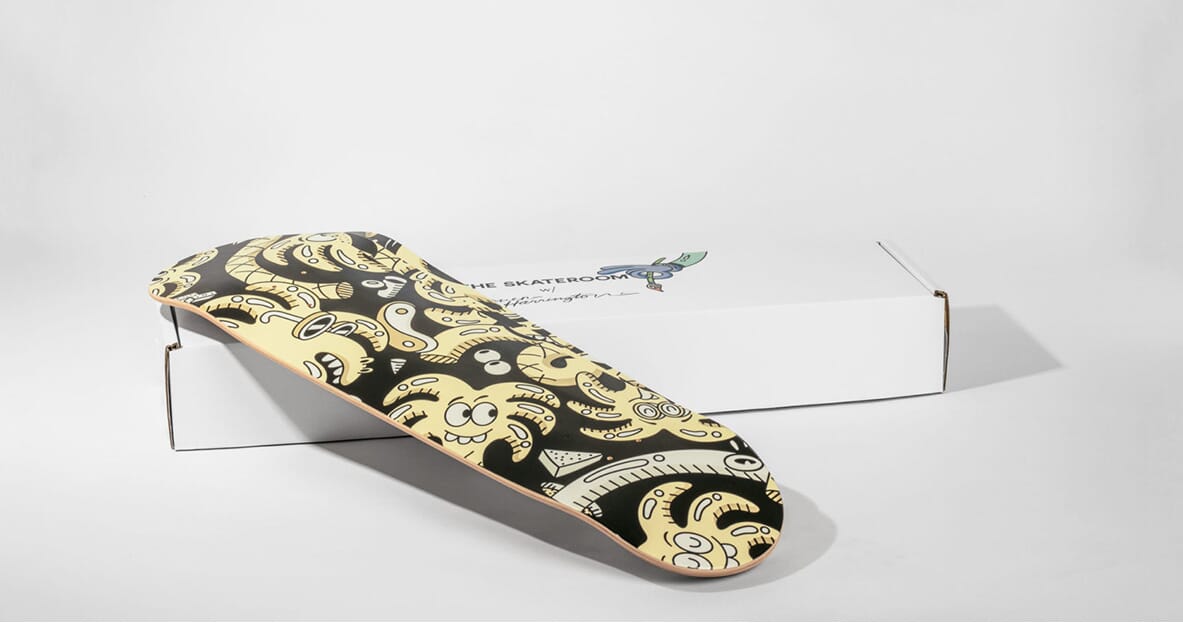