A story of dramatic proportions.

Presented in a silent, stop-motion film, the audience is taken through a visual journey beginning in the year 2025, where the ship ‘Oilella’, the world’s largest oil tanker, becomes stuck while passing through the Bosphorus Strait.

The story itself draws inspiration from the history of the Strait, one of the busiest oil-shipping choke points in the world. What makes the Strait notoriously unique, is the fact that it passes through the heart of Istanbul- a city of fourteen million citizens. In doing so, the sharp and narrow turns of the Strait make it one of the most dangerous and difficult channels to navigate in the world.

History lesson seemingly over, the history and geographical composition of the Strait manifests in the story of the STRAIT exhibition by Nemestudio. As the trapped ‘Oilella’ oil tanker blocks the passage of the Bosphorus Strait and as a result, rapidly alters the landscape in the process. Prompting legislators to develop the waterway in to a series of tourist destinations - with each individual destination established to depict an archaeology of the maritime landscape.

The drawings exist as speculative architectural representations, with the colossal oil tanker stuck in the Bosphorus Strait becoming the focal point of the fictional tale. At the end of the story, the STRAIT is introduced to commemorate the original shorelines that were dissolved due to the blocking of the passage. Taking inspiration from real events, facts and data, the story of the STRAIT pushes the boundaries of imaginative architecture through a unique concept of art and design.

Take a closer look at the STRAIT project below. 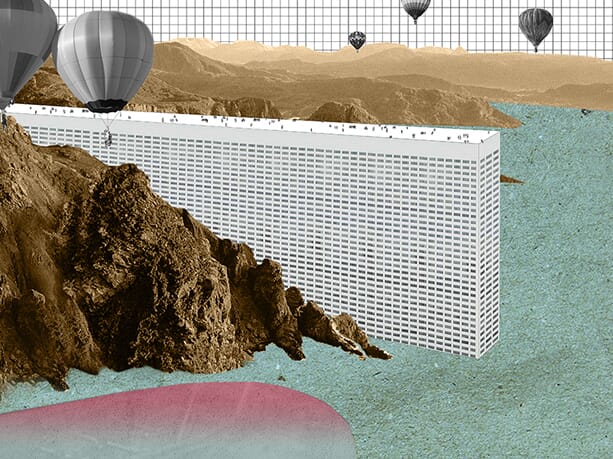 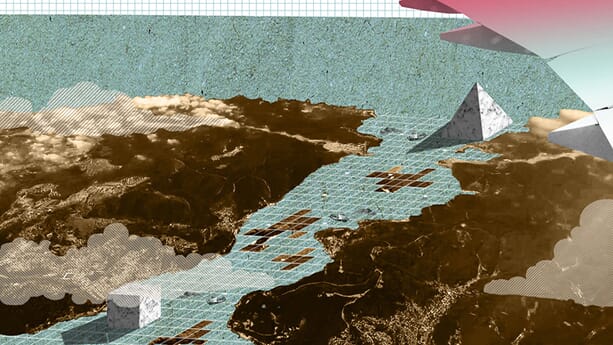 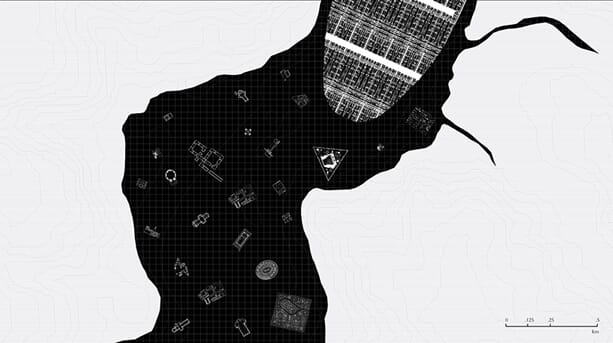 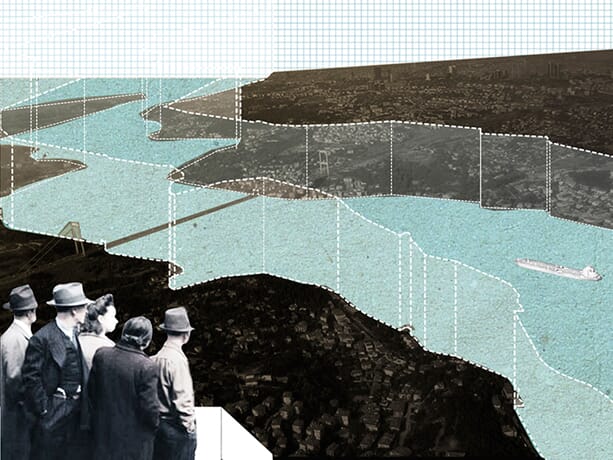 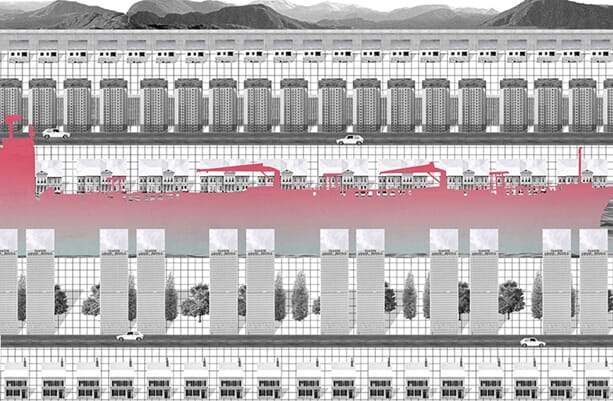