Seemingly en-vogue, a multitude of road bikes have been reconfigured in to rough and ready dirt bikes of late, but despite their enigmatic appeal, they all largely suffer from a lack of originality. In a distinct change of direction, Diamond Atelier serve up an iconic Suzuki DR650 in true scrambler spirit; presenting an urban-inspired take on the classic dirt bike.

The Munich-based studio, Diamond Atelier, represent a new, innovative era in motorcycles. Conceived out of the notion that ‘there had to be more than the existing monotonous and repetitive custom scene’, the garage strived to establish a whole new mindset of two-wheeled racers to challenge the next generation of motorbikes. Their latest adaptation, the Suzuki DR650,  exists as a superior example of Diamond’s signature style and expertise.

The 1992 DR650 model, the daily run-around for Diamond Atelier co-founder Tom Konecny, grasped the attention of the garage and can be seen as a distinct move away from the motorcycle norm. Following on from Diamond Atelier’s two previous BMW reconfigurations, the Suzuki was transformed from a straight-forward thumper in to an urban-runner. As Tom Konecny explains:

“The Suzuki DR650 is the complete opposite of a two-valve BMW. It’s a single slammer, full-on dirt bike, with tons of plastic bodywork and close to no character. But the engine has great potential.”

Looking beyond the ‘characterless’ aesthetic, the Suzuki received the undivided love and attention of the Diamond garage, transforming the languid posture of the DR650 in to a sleek, agile racer that will ride and flow effortlessly through city streets.

The redefining of the DR650 began with a complete tear down of a bike- commencing with complimenting the 17-inch race rims with new stock hubs – ensuring the stance of the bike remains resolute and empowering.

Beyond the rims and wheels, the bike’s frame was modified to appease the old style scrambler’s lines and shape- updated with a brand new subframe- for a new slimmer, sleeker taper end with an understated LED tail light. Ensuring that the beauty remained in the finer details, the bike remained as clean and uncluttered as possible. Defined by the new bodywork, with a 1970’s Honda unit sitting perfectly in the bike’s frame alongside a new headlight shroud, tailpiece and minimal cowhide saddle.

Of course no restoration is complete without engineering modifications; with the DR650’s engine rebuilt from the ground up. Updated with new carbs fitted to work with the K&N filter and audacious Supertrapp muffler.

Visit the Diamond Atelier website for a closer look at their extensive and impressive catalogue of motorcycle restorations. 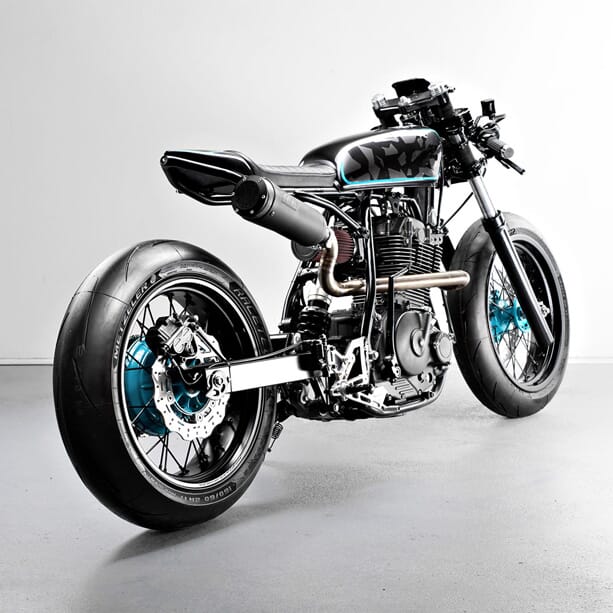 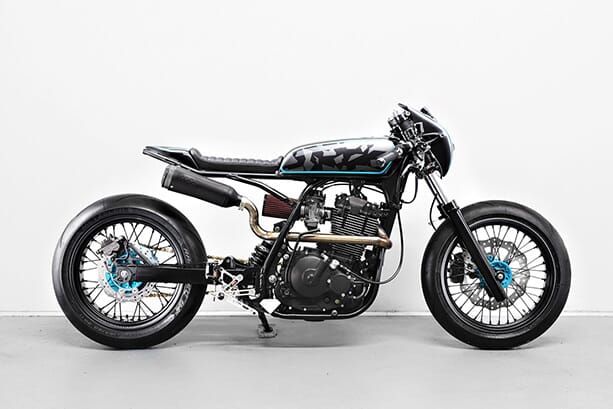 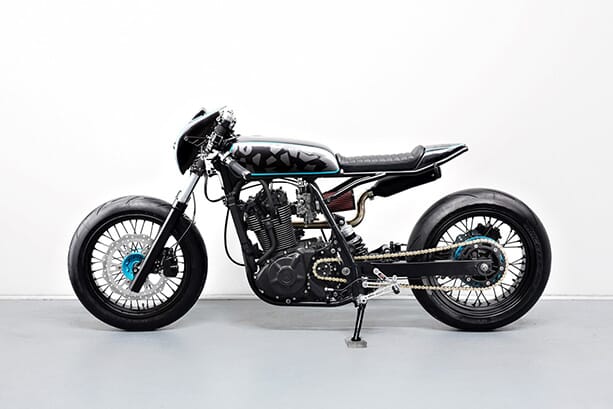 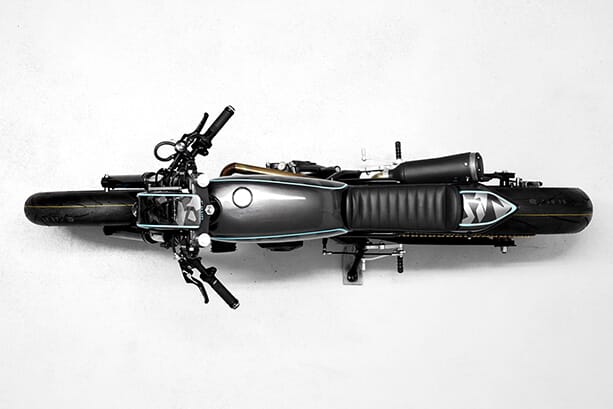 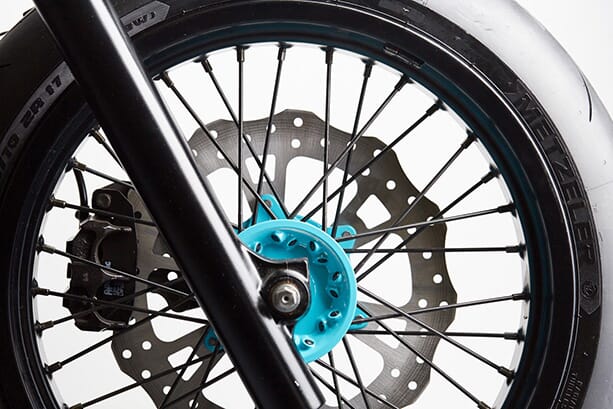