The Charles and Ray Eames Exhibition

As homage to the iconic design duo of Charles and Ray Eames, an exclusive exhibition of over 380 pieces from their career will be showcased at London’s Barbican Centre.

Opening today, Wednesday 21st October 2015 and running until the 14th of February 2016, the exhibit will represent the multi-disciplined work of the Eames pair, from triple-screen films to plywood chairs.

Curated by the Barbican’s Catherine Ince, the showcase forms the first Eames exhibition in the UK since 1999, bringing together work from architecture, furniture, film and art.

Acting as a reminder that Eames do in fact have an eclectic and widespread design portfolio, as most people are only familiar with the pair’s furniture, the exhibit promotes Eames’ modernist principles; creating pieces for the ‘the best quality, to the most people, for the least money.’

Working throughout the mid-20th century, the duo’s most famous furniture designs include the Eames Lounge Chair, which utilises curved plywood with supporting sections and a moulded plastic exterior.

Speaking ahead of the anticipated opening, Barbican Curator Catherine Ince, explains: “I think Eames are popular as always, and there’s always something new to discover- their archive is so extensive,” said Ince. "You can find new ways to slice through their work and make it feel fresh again.”

Visitors to the exhibition in the third-floor gallery of the Barbican Centre are greeted by a giant curved-plywood prototype for a plane nose, borrowed from New York’s Museum of Modern Art. A screen adjacent to the giant structure shows a tour of the studio filmed by Charles using a kaleidoscopic camera, which he presented during a talk at the Royal Institute of British Architects, when asked to show imagery of their revered workshop.

Elsewhere, the exhibition designed by London-based 6a Architects in the spirit of the minimal Eames backdrop, is complete with a selection of chair studies and experiments which combine to create the curved plywood section synonymous with Eames, while collaborations with fellow architects and designers are also proficient throughout – including work from Rogers and Stirk Harbour and Partners.

Opening on the 21st October 2015 until 14 February 2016, be sure to check in to the Barbican Centre for an unparalleled insight in to the most prestigious design pairing in modern history. 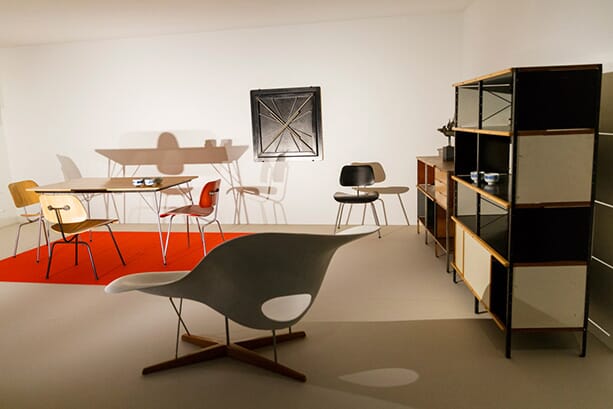 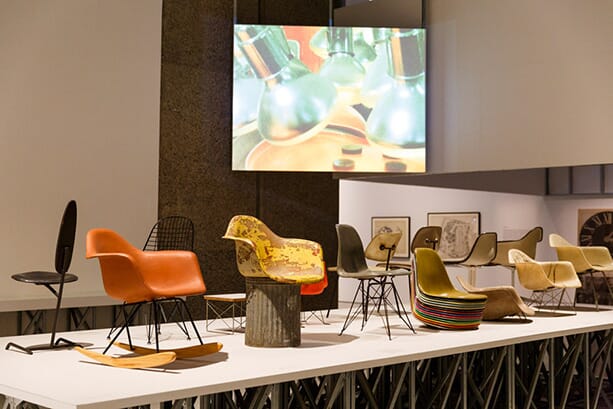 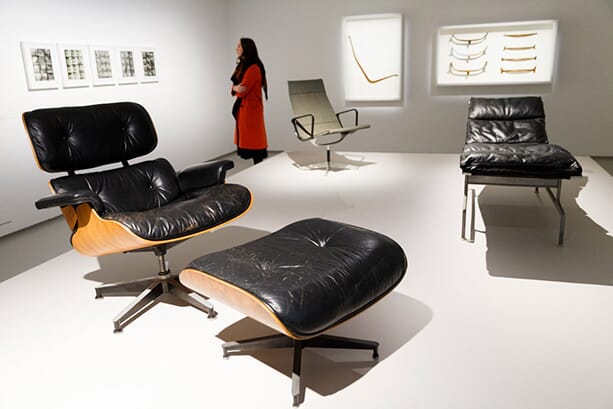 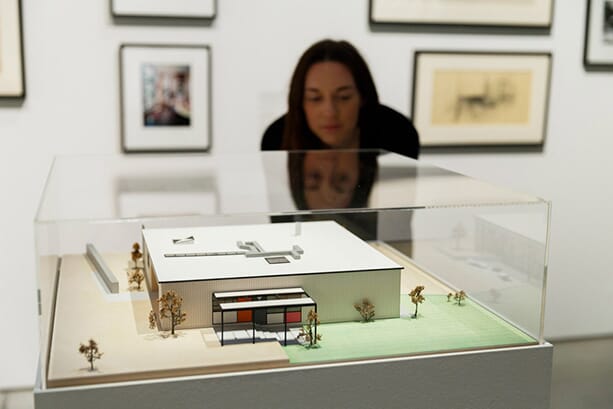 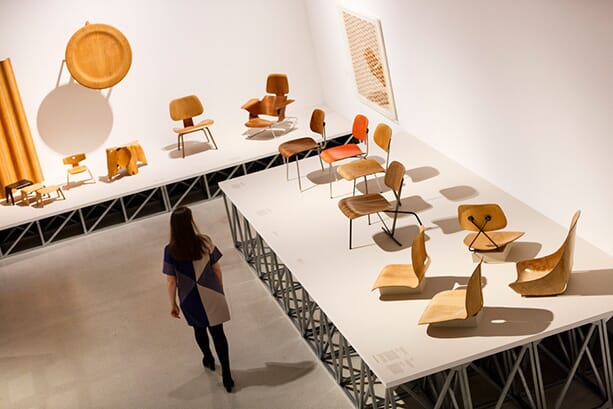 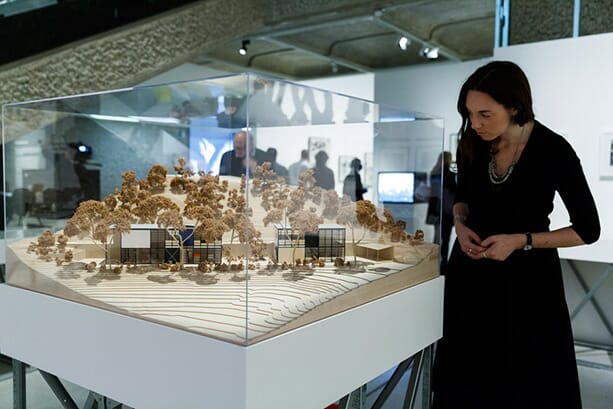 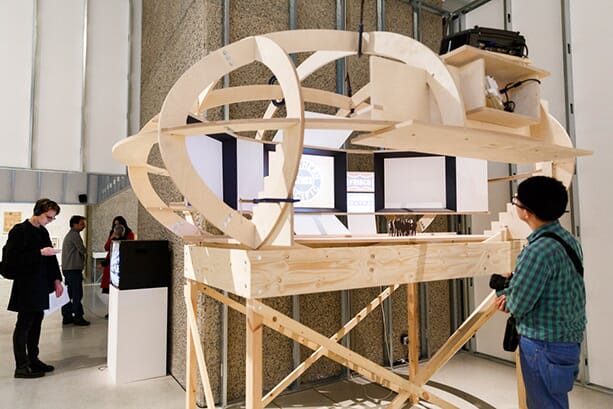