The Concert Hall by Bureau V

Upcoming New York studio Bureau V was charged with the re-design of overhauling an old industrial building in the heart of Williamsburg in to a multi-purpose musical venue.

The venue is named after the company that once stood there, the National Sawdust music venue, and Bureau V have retained the character of the building by keeping the old exterior whilst breathing new life inside.  The 13,000 square foot building, features a stunning black and white criss-crossed auditorium. In their own words Bureau V say that they gained inspiration from looking back at the history of the building and used that as spring board for the whole project.

The venue boasts some state of the art features such as a ‘box-in-box’ construction, which allows it to compete with some of the worlds, top recording studios, it also has a wrap around balcony and angled tiled walls adorned with a neon chandelier.

The building took a total of $16 million and is Bureau V’s first completed project.  Take the full tour of the entire music hall below. 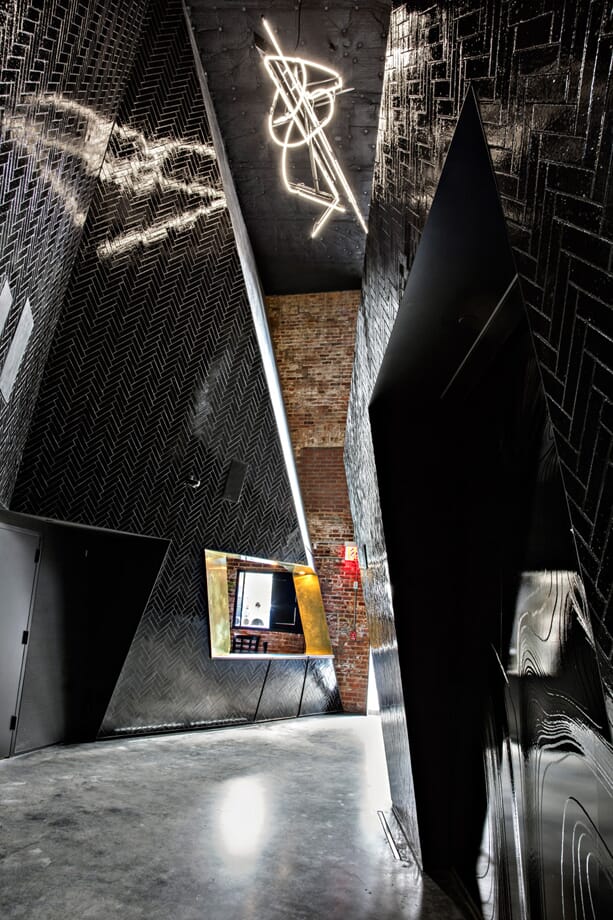 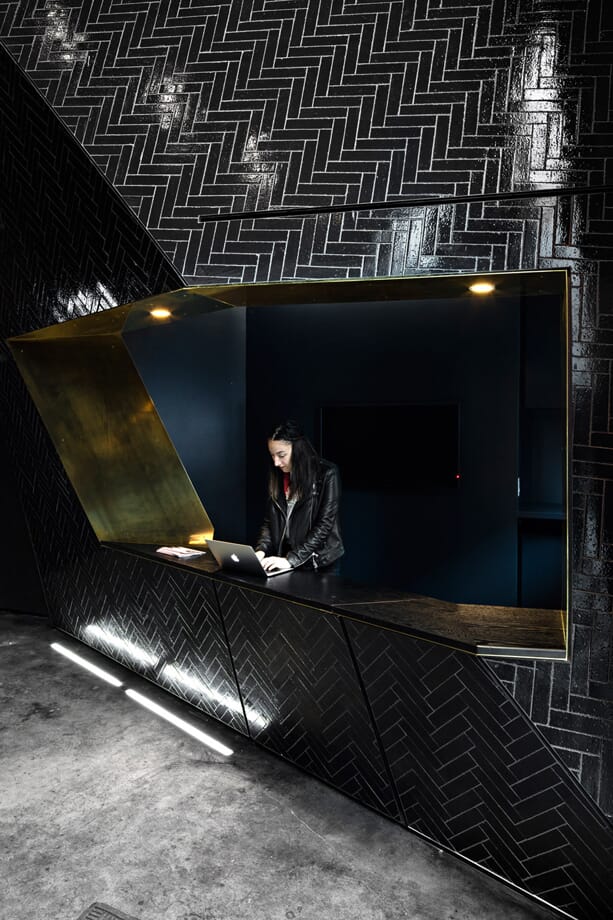 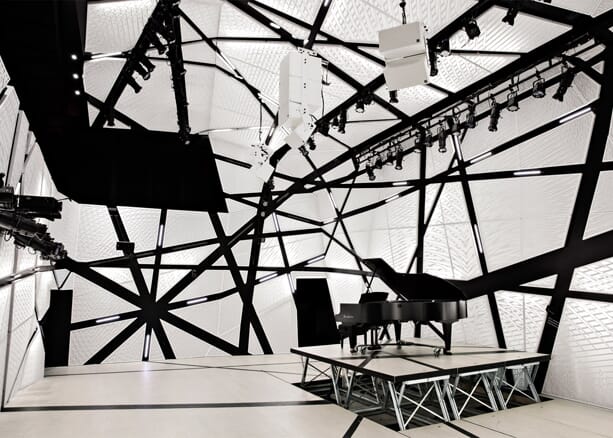 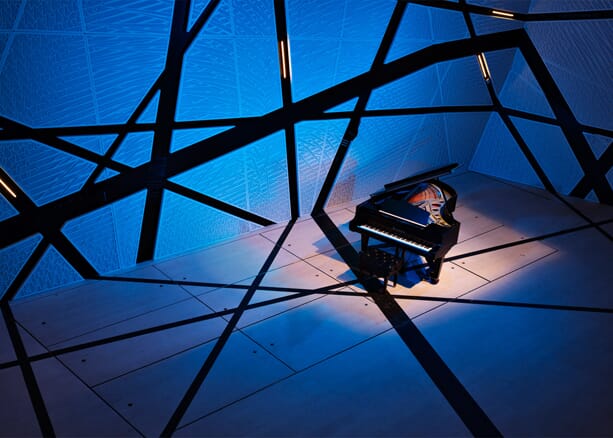