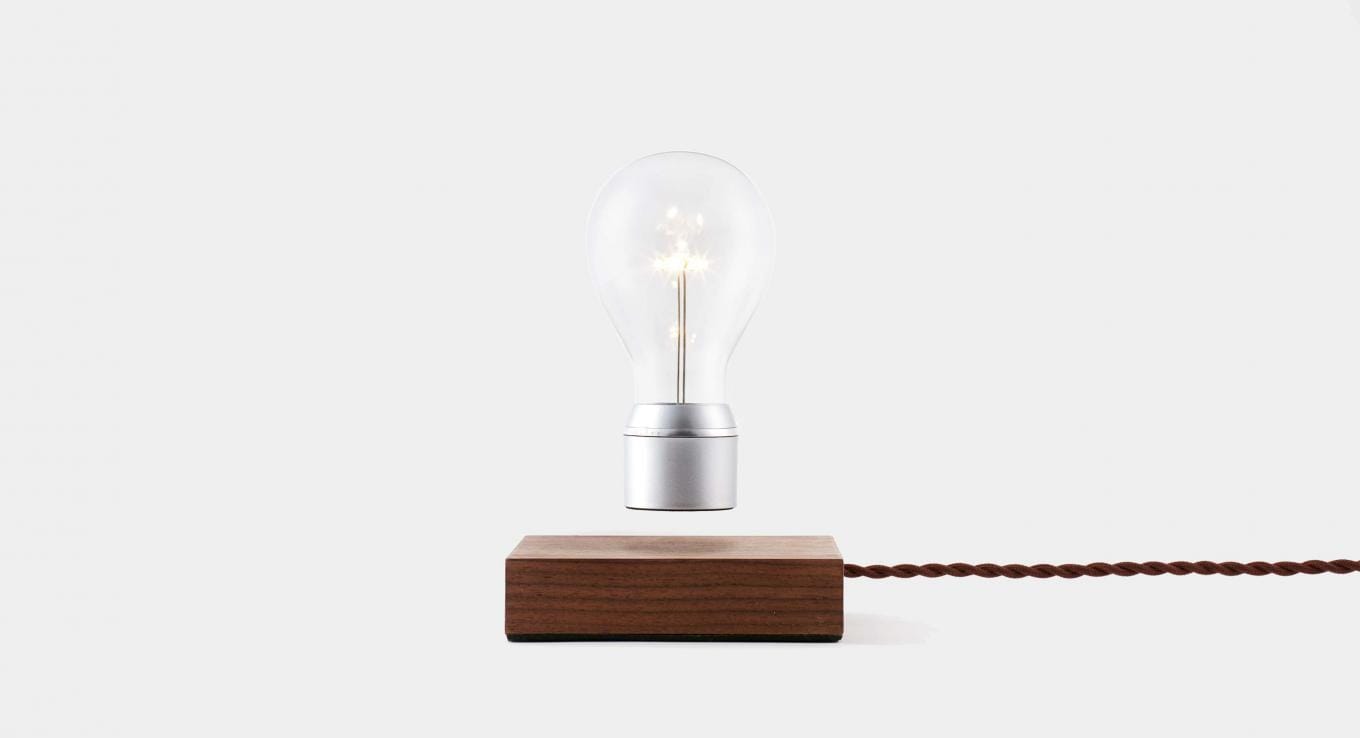 By 2018, we were predicted to have teleportation and flying cars. Although we’re not that far just yet, we do have the Levitating Light Bulb courtesy of FLYTE, one of Sweden’s leading design studios, and it’s a step in the right direction. The sheer uniqueness of the product makes it a head-turner and tips it the direction of being an art installation as well as a functional light. Need a little convincing? Here's everything you need to know about the FLYTE Levitating Light Bulb.

FLYTE is Sweden’s answer to innovation and futuristic design. Named after a combination of the words ‘fly’ and ‘light’ with a subtle nod to the Swedish word for ‘float’, which is ‘flyta’, the Levitating Light Bulb encompasses everything the name stands for. FLYTE have a passion for creating intelligent and inspiring products that are inspired by minimalism and vintage design. This combination of innovation and aesthetic makes FLYTE a unique brand and one of the pioneers of modern design. 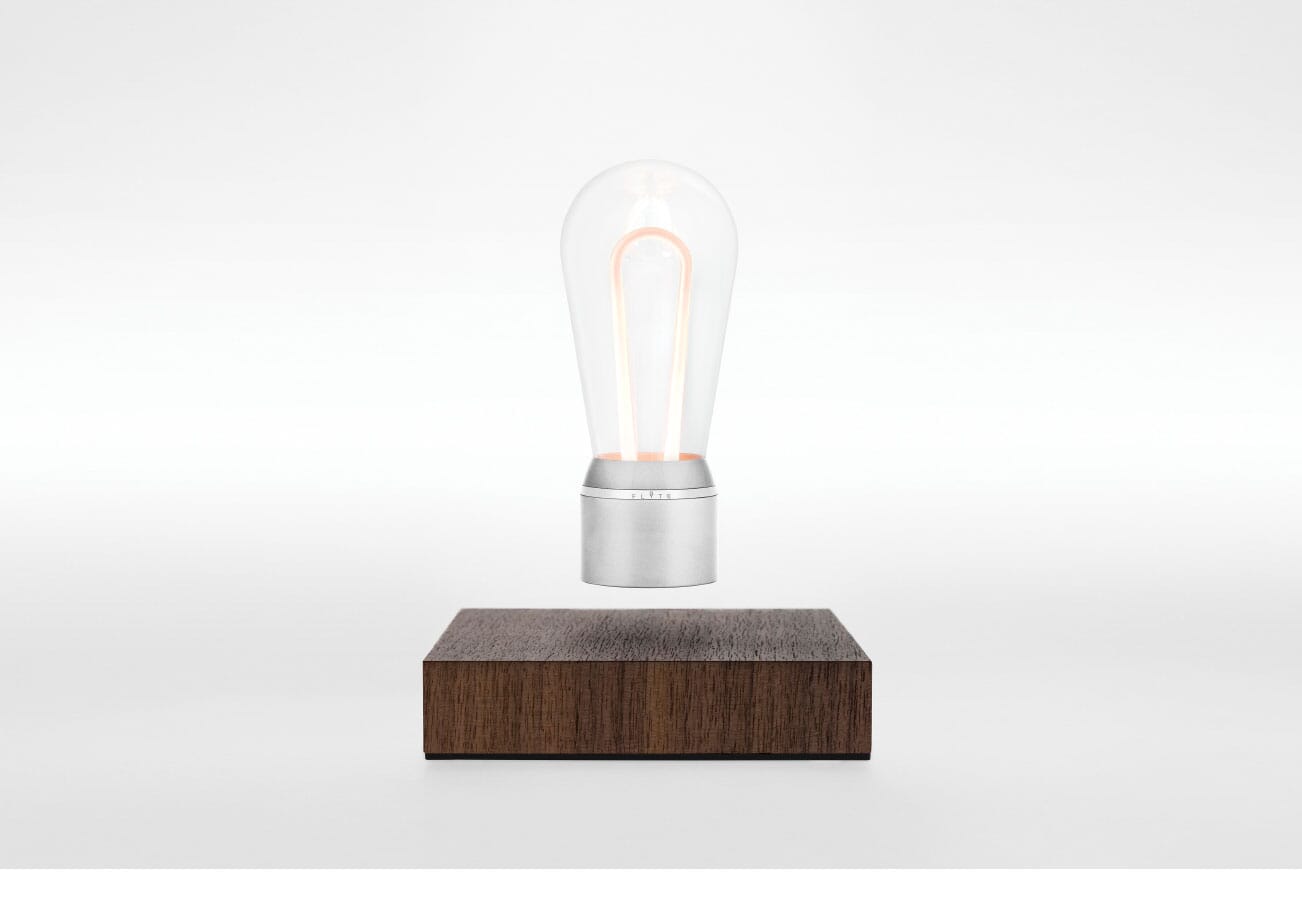 What is the FLYTE Levitating Light Bulb?

With a mission to revolutionise lighting, founder of FLYTE Simon Morris noted that the lightbulb had not changed over the past 135 years. By offering an unparalleled and distinctive perspective on an iconic symbol, it’s clear that he has indeed revolutionised lighting, offering a mixture of craft, art and technology.

The Levitating Light Bulb comes in two designs. The Marconi collection and the Edison collection, with the only difference being the bulb; the classic Edison or the modern, more streamline Marconi bulb. The energy-efficient LEDs inside the shatterproof bulb have a light-up time of 50,000 hours; that’s the equivalent of 12 hours a day for 11 years, or 6 hours a day for 22 years; proving both its efficiency and functionality. Each collection emits a different feel, the Marconi is more cutting-edge and the Edison is certainly more traditional. But both still maintain the innovative, minimal design that defines FLYTE.

The levitating lamp's base comes in a variety of different materials from quarter-sawn oak to ash and walnut wood finishes. This allows you to choose the perfect Levitating Bulb for your home. The most understated aspect of the base is that with a third-party accessory it can double up as a wireless charging station. All you have to do is place your phone on the base. Perfect for making use of the base when you don’t necessarily need the bulb on.

How does the FLYTE Levitating Light work?

The FLYTE lamp doesn’t require a switch, wires or even batteries. It’s powered purely through magnets and the air by induction; a sustainable alternative to the usual energy guzzling lightbulb. The technology was invented by Nikola Tesla in the early 20th century and has been reintroduced with this impressive design. A magnet is embedded in the bottom of the lightbulb and is suspended in the air as it repels against the magnet in the wooden base. The magnets ensure that the bulb is always straight and centred, as well as softly rotating. The technology allows the bulb to float up to 17mm from the base, creating a really gravity-defying effect. Even when you touch the base to turn the light off, the bulb remains rotating and levitating as if it’s still plugged into a standard power outlet but it uses very little energy. 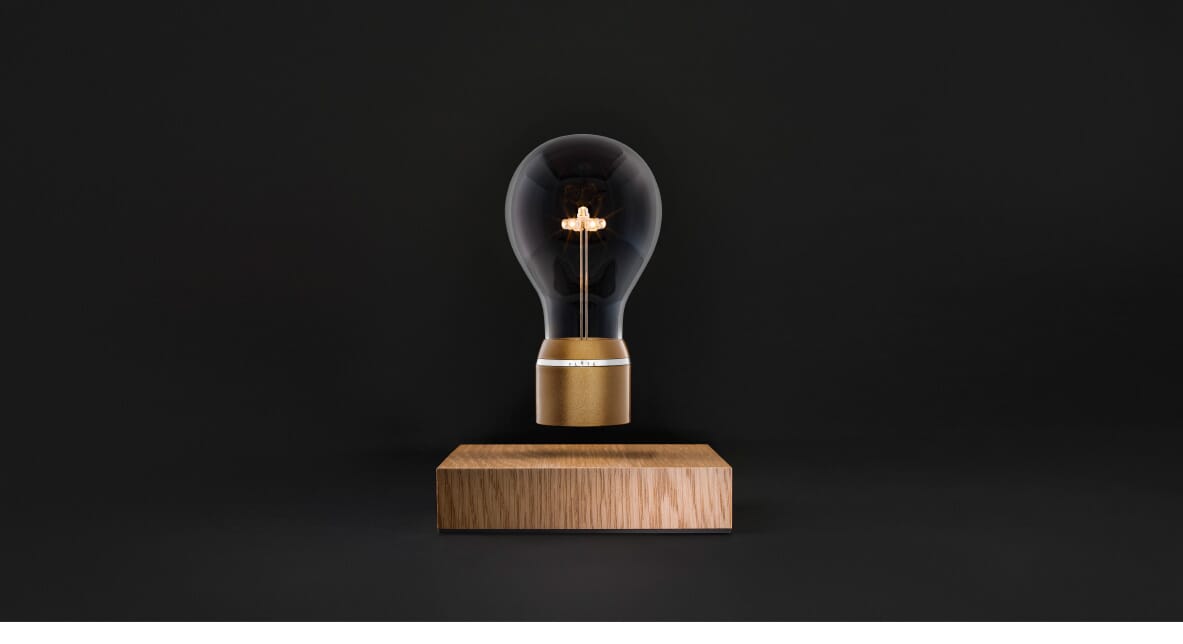 How do you set the FLYTE Levitating Light Up?

Despite its seemingly complicated technology, all that is required to set the bulb up is to plug the base into a standard power outlet and then slowly lower the bulb towards the centre of the base. The outermost electromagnets attract the bulb's base, while the inner magnets repel holding the bulb in place and hover above the block. Once the bulb receives power from the wireless module, the LEDs start to light up.

FLYTE's Levitating Light Bulb offers a unique alternative to a lot of modern lighting that is often anchored down by endless wires and intricate fittings. The levitating bulb's technology shows the potential of future invention and how it can be integrated into refined, everyday design. Its the perfect balance between form and function and its a nice little look into the future of technology and home design - whatever that might be.

Shop all desk lamps at OPUMO.