At Deus Ex Machina in Sydney, they believe that inside every bike, there's a customised monster waiting to be unleashed. Their wittily titled latest venture, The Heinrich Maneuver, warns of its new ferocity.

The starting point was an out-of-the-box BMW R nineT, introduced in 2013 to honour 90 years of BMW motorcycle manufacture. It's appealing to customisers because of its stripped-back aesthetic. BMW, in its press release introducing the bike, refers to the simplicity of the electrics being designed to allow for customisation.

Deus ex Machina took BMW at their word, and began by removing the plastic superstructure and protective armour to reveal the naked bike.

Now, an elegant bespoke fuel tank offers increased capacity. Made of aluminium, its painstaking build was entrusted to the specialists at MotorRetro, whose craftsmen hand-formed the new tank over a complex wire frame.

A subtle recess in the tank, suede lidded, houses both fuel filler and ignition.

A new exhaust system adds bark to the BMW's undoubted bite. With upswept trumpets by Cone Engineering, the stainless steel result is both good looking and burbles with purpose.

One of the most radical changes is virtually unseen. MotorRetro used round and square section tubing to make a bespoke sub frame, which accommodates an alloy and suede cafe racer-style seat to provide a more sporting riding position.

The result is winning accolades with custom bike enthusiasts, and, if you're tempted (we are) The Heinrich Maneuver is now for sale. 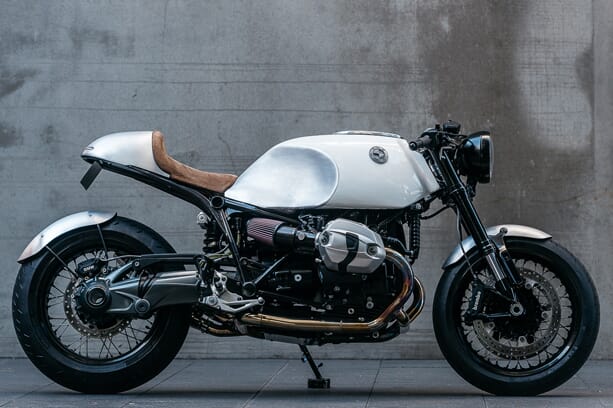 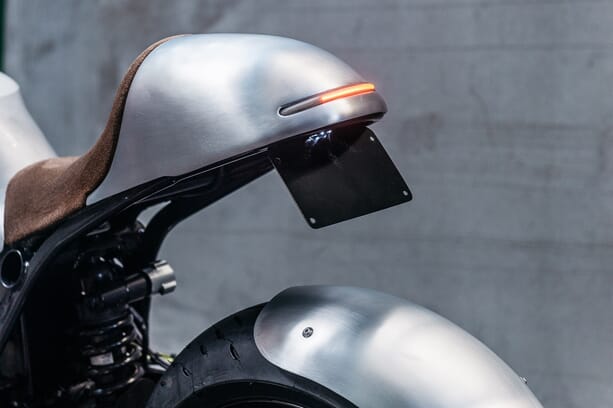 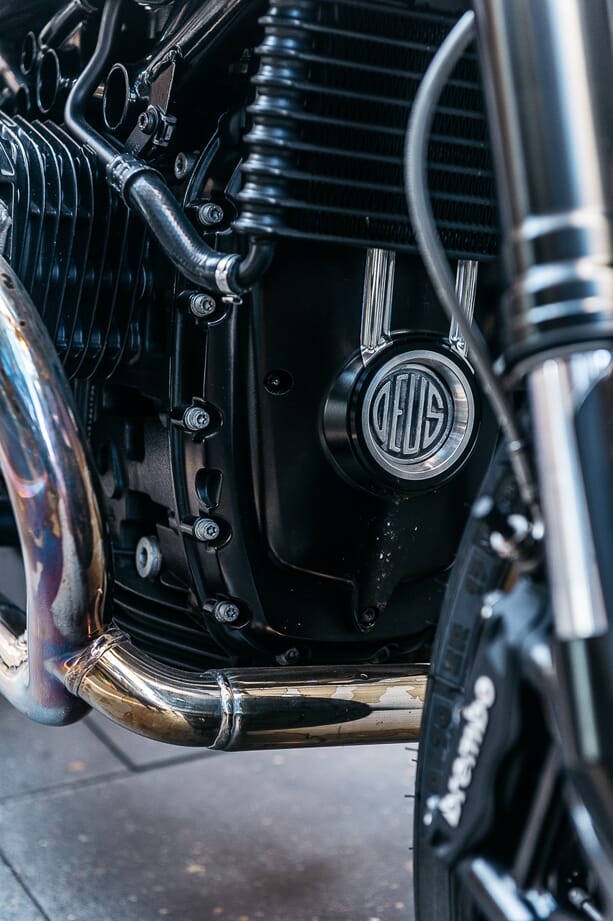 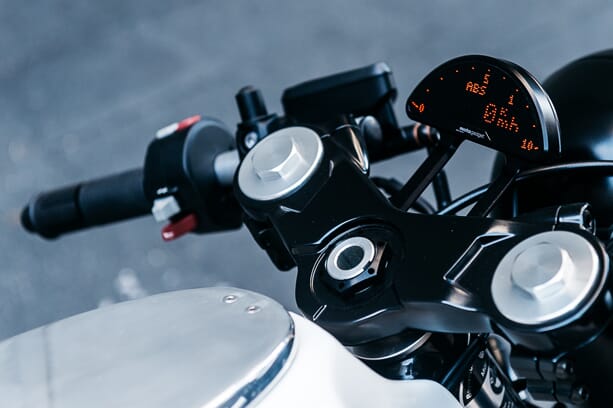 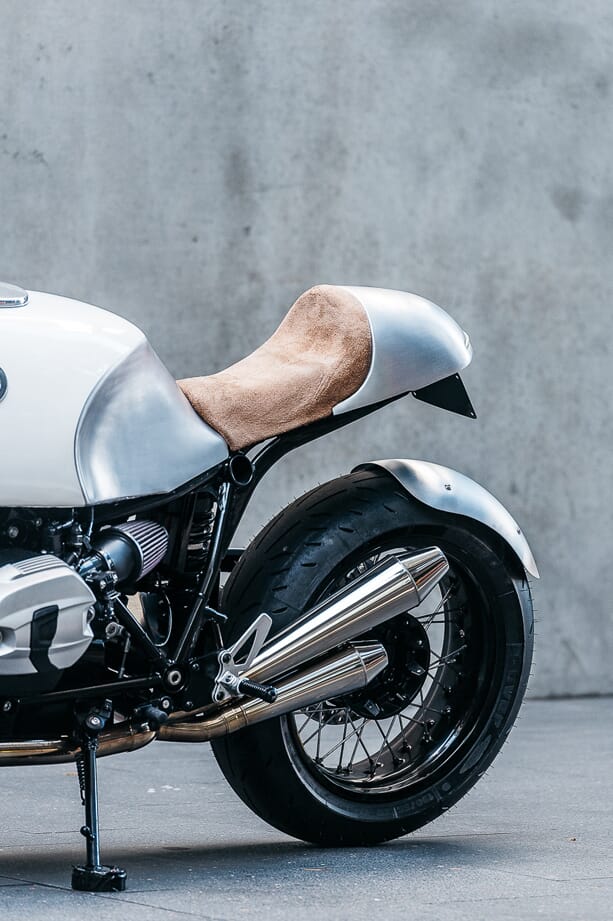 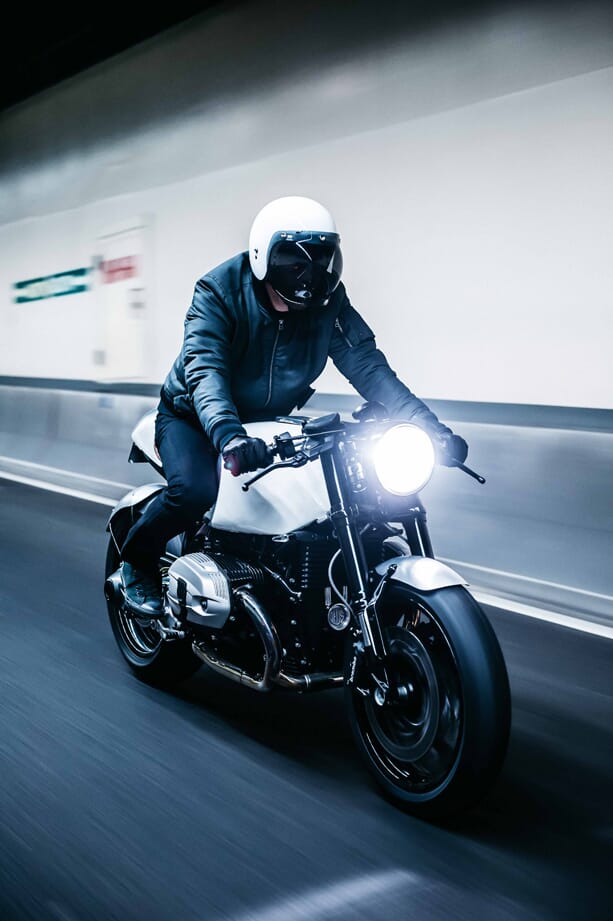