By the time MG got round to producing the ultimate version of its MGB, the design of this quintessentially British sports car was already more than ten years old. MG aficionados will tell you the MGB GT V8 was worth the wait.

With an aluminium Rover V8 under the bonnet - the engine that was originally sourced from Buick - the MGB GT V8 didn't lack punch, but suffered from the usual MG problems of body rot and decay. With less than 2,600 made, these are rare and sought-after machines today.

Now, in Germany, Munich lawyer Rolf Jäger is celebrating ownership of what may be the ultimate incarnation of the ultimate MGB.

This jet black 1976 MGB GT V8 was fettled by Rover V8 specialists RPi Engineering of Norwich, and produces a staggering 275 bhp - well in excess of 100 bhp more than the standard car.

The MG has the standard four speed gearbox with period overdrive feature, and naturally the restoration has resulted in an impeccably turned-out sports car, boasting subtle details like an analogue stop watch mounted on the original leather-rimmed steering wheel.

Twin cooling fans are manually activated when required and there's a stainless steel exhaust system. To the casual observer this car could easily be its much slower 1.8 litre cousin.

With a 0 - 100 km/h time of just over five seconds though, it'll drop the average Ferrari at the lights.

A true stealth warrior: in colour and deed. 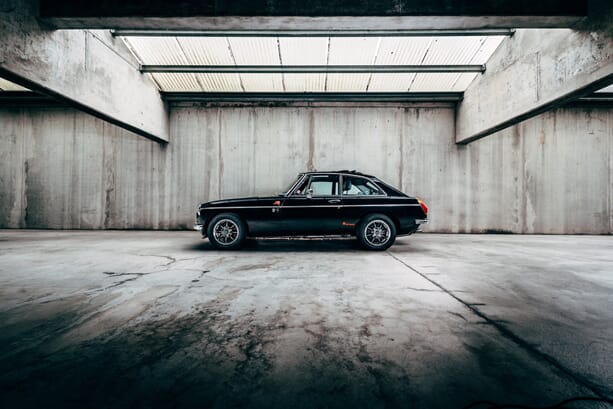 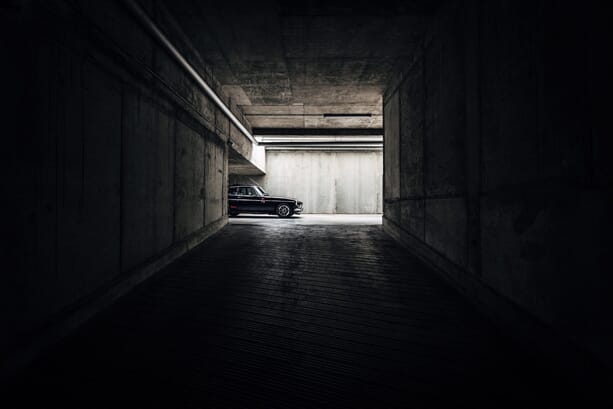 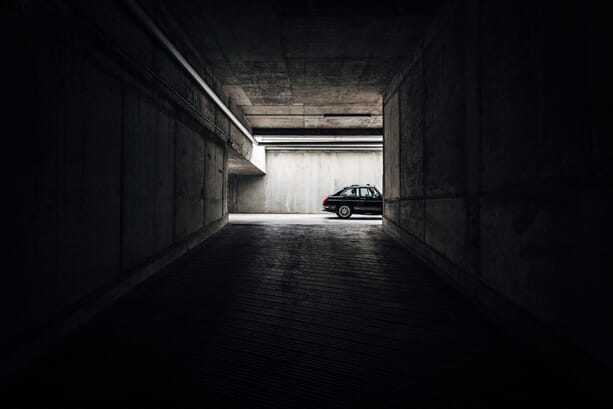 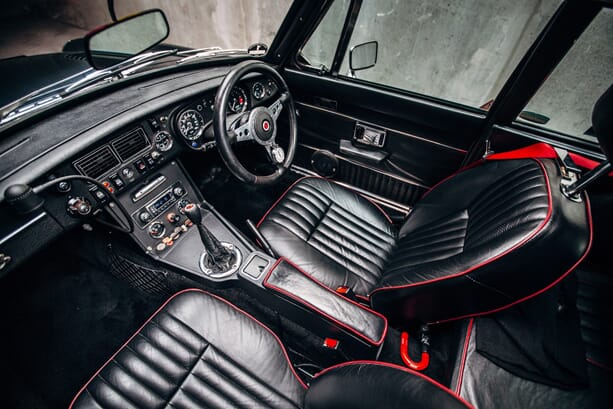 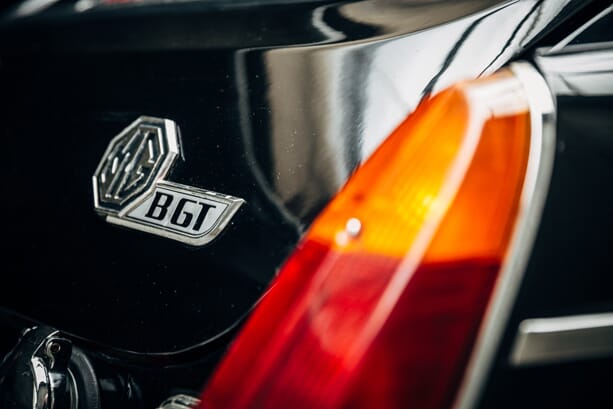 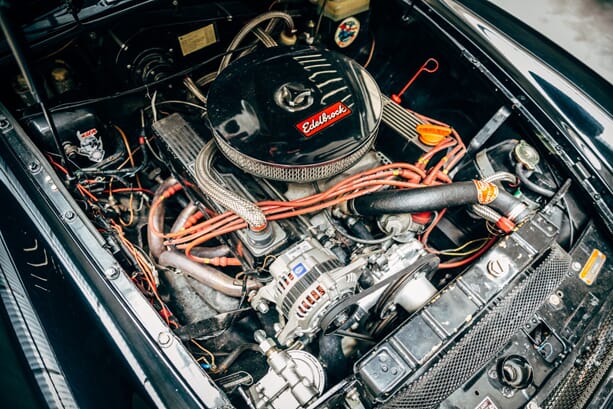