The minimalism of a unique BMW R60 Cafe Racer

With cafe racers all the rage, it takes a very special one to catch our eye. This one, a stripped back version of a classic 1971 BMW R60/5, is simply superb.

It's the work of Brooklyn bike obsessive Tim Harney, whose own images these are.

All bikes - just ten a year - are individually commissioned and for the R60/5 Harney unusually had no donor bike. Instead he meticulously pulled together the necessary parts - including a blueprinted rebuilt engine, to which he then added a standout stainless steel exhaust system.

If this bike looks more compact than BMW's classic, that's because Harney significantly shortened the frame for both looks and - critically - handling. A Kawasaki Ninja bike donated the forks at the front, while there's new suspension at the rear.

What really catches the eye are the bespoke Harney parts: the creased alloy of the fuel tank and the small but beautifully formed buffalo leather saddle. This bike's high standard of finish is testament to the obsessive nature of its creator. He even designed a new light for the rear.

Mirrors and indicators? Deemed extraneous for this minimalist cafe racer.

In case you're lusting after your own Tim Harney cafe racer, he's available for hire. As Tim tells us in his succinct blog, he has a keen eye for no nonsense furniture too. Our kind of craftsman, certainly. 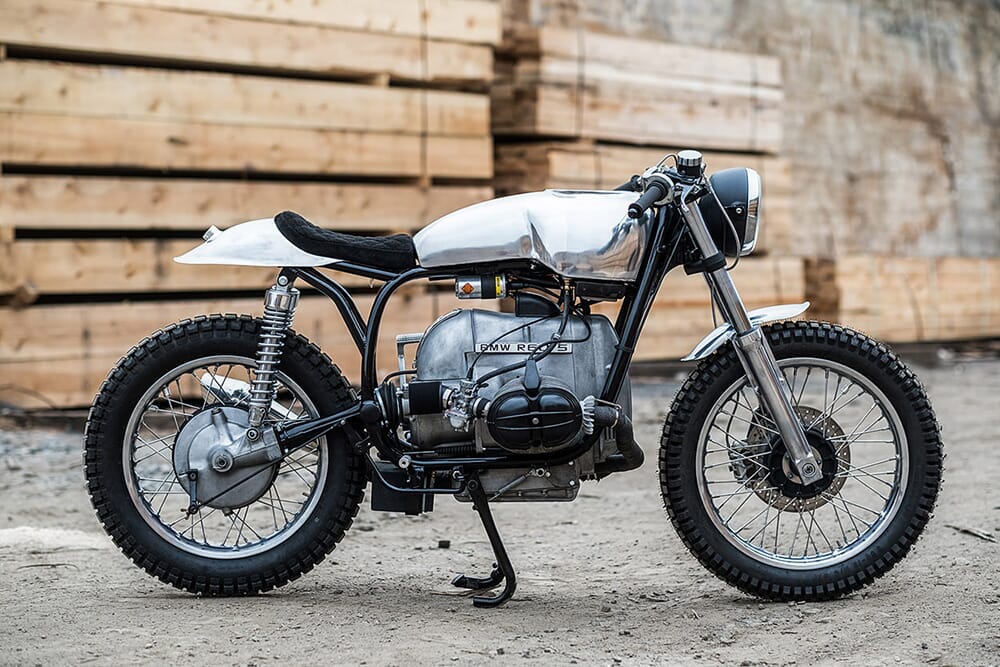 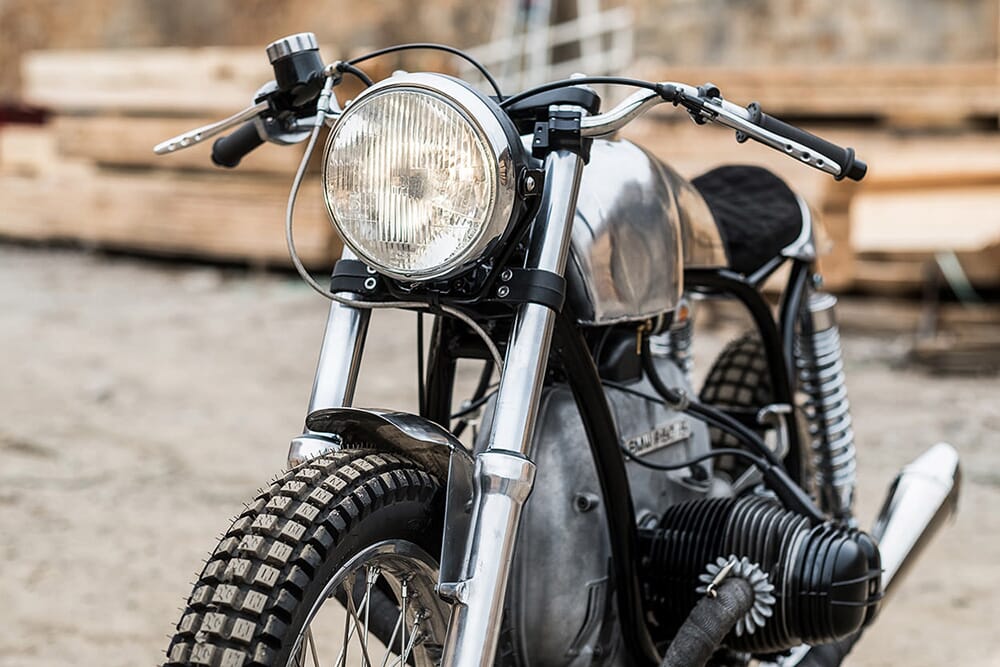 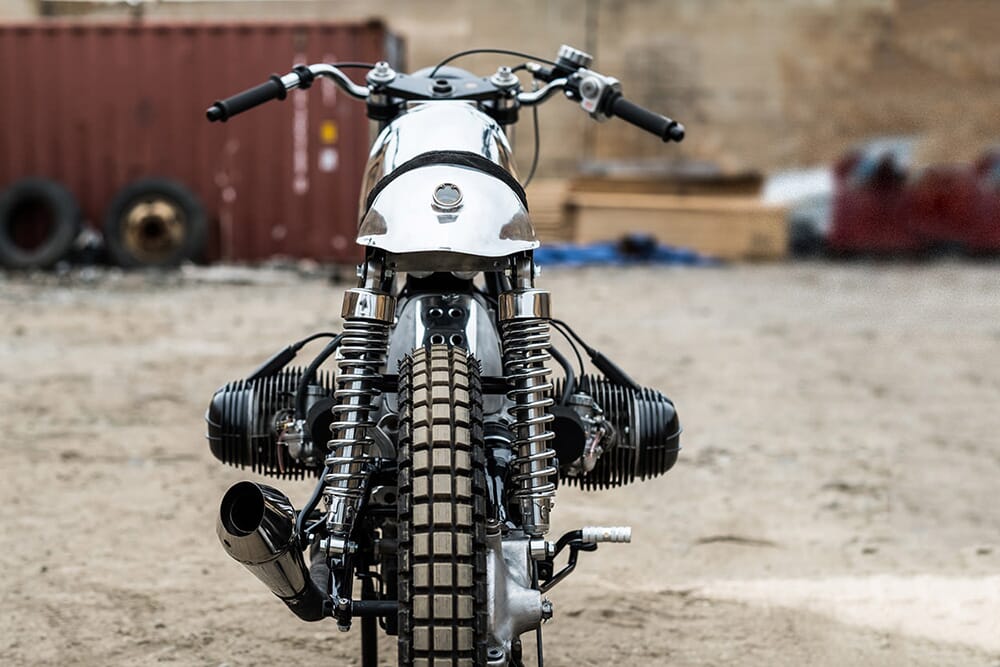 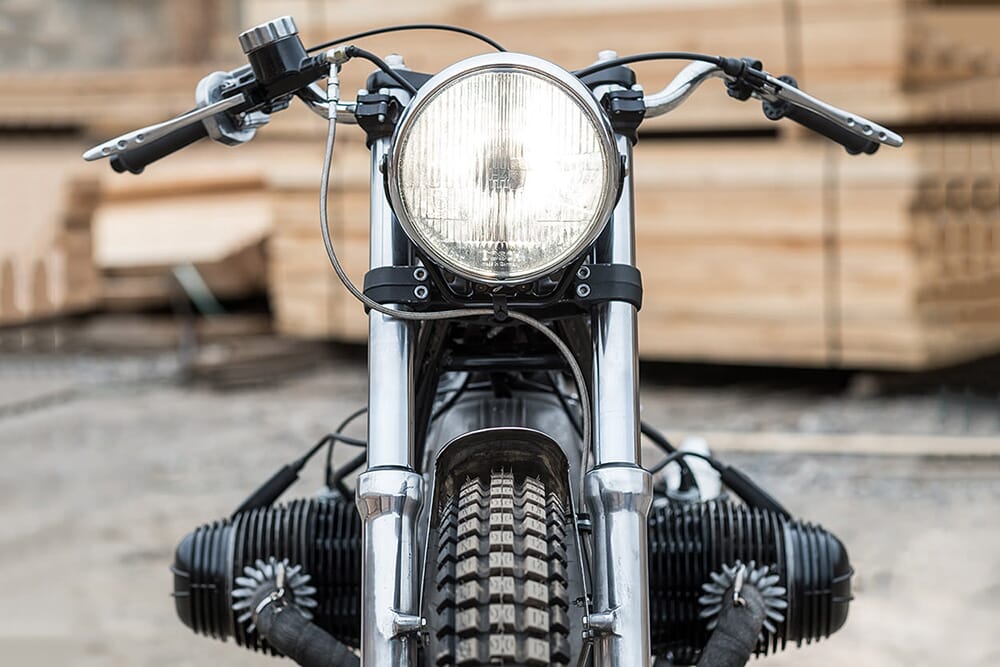