The Skateroom x Van Gogh Has Arrived at OPUMO 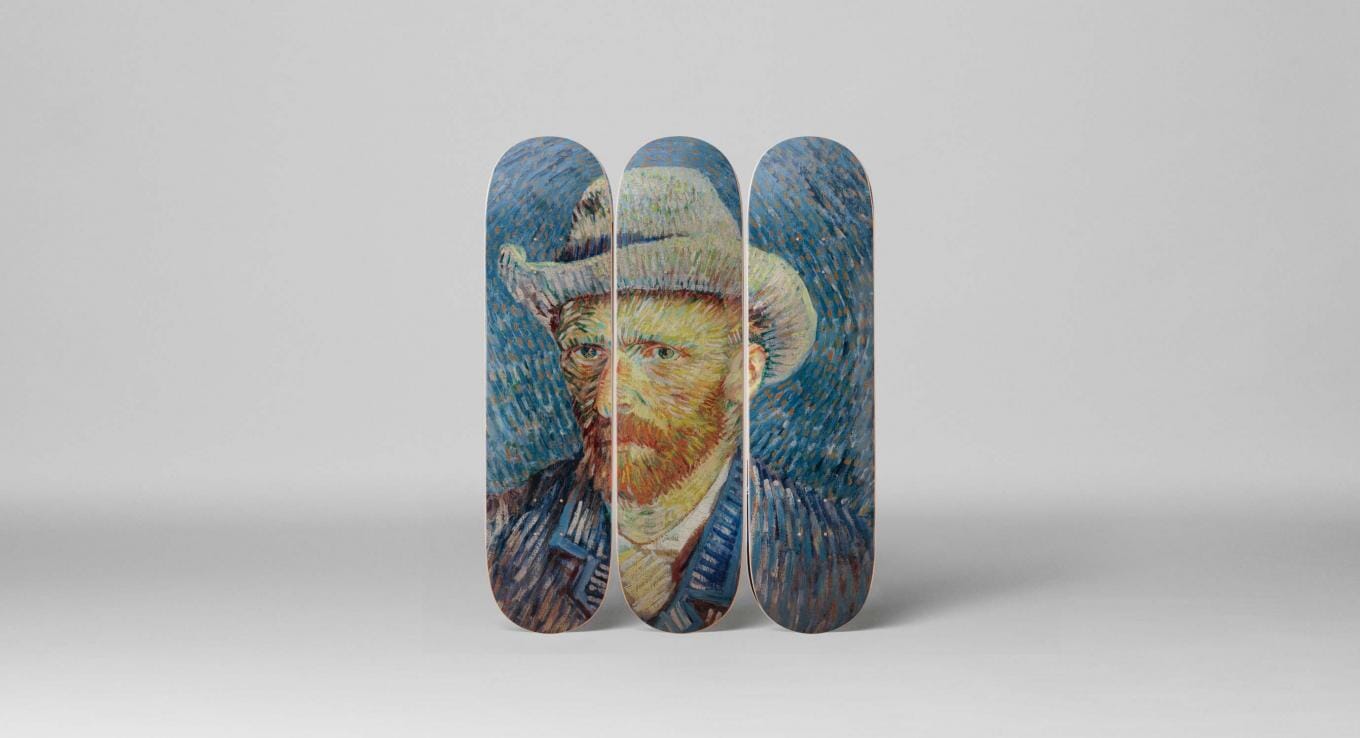 As you very well know, we love great design of all kinds at OPUMO. We don’t discriminate, whether it’s a minimalist chair or footwear that melds the worlds of sportswear and high fashion, we’ll find the value in it. When a brand comes along that backs up its creations with a message and a cause that we can get behind, we get really excited. The Skateroom fulfils both of these criteria.

The Skateroom’s pieces feature the work of some of the world’s greatest artists, from Jean-Michel Basquiat to Robert Rauschenberg and Ai Weiwei. When a new artist range is released, part of the proceeds are donated to Skateistan – an NGO that works with young people in Afghanistan and Cambodia. The Skateroom uses a 5:25 policy: it donates 5% of the turnover or 25% of the profit from every sale – whichever number is greater. So, when we heard news that the world’s favourite one-eared artist would have his work skateboardised and that part of the proceeds would go to a cause like Skateistan, our ears perked up. The Skateroom x Van Gogh has arrived at OPUMO. 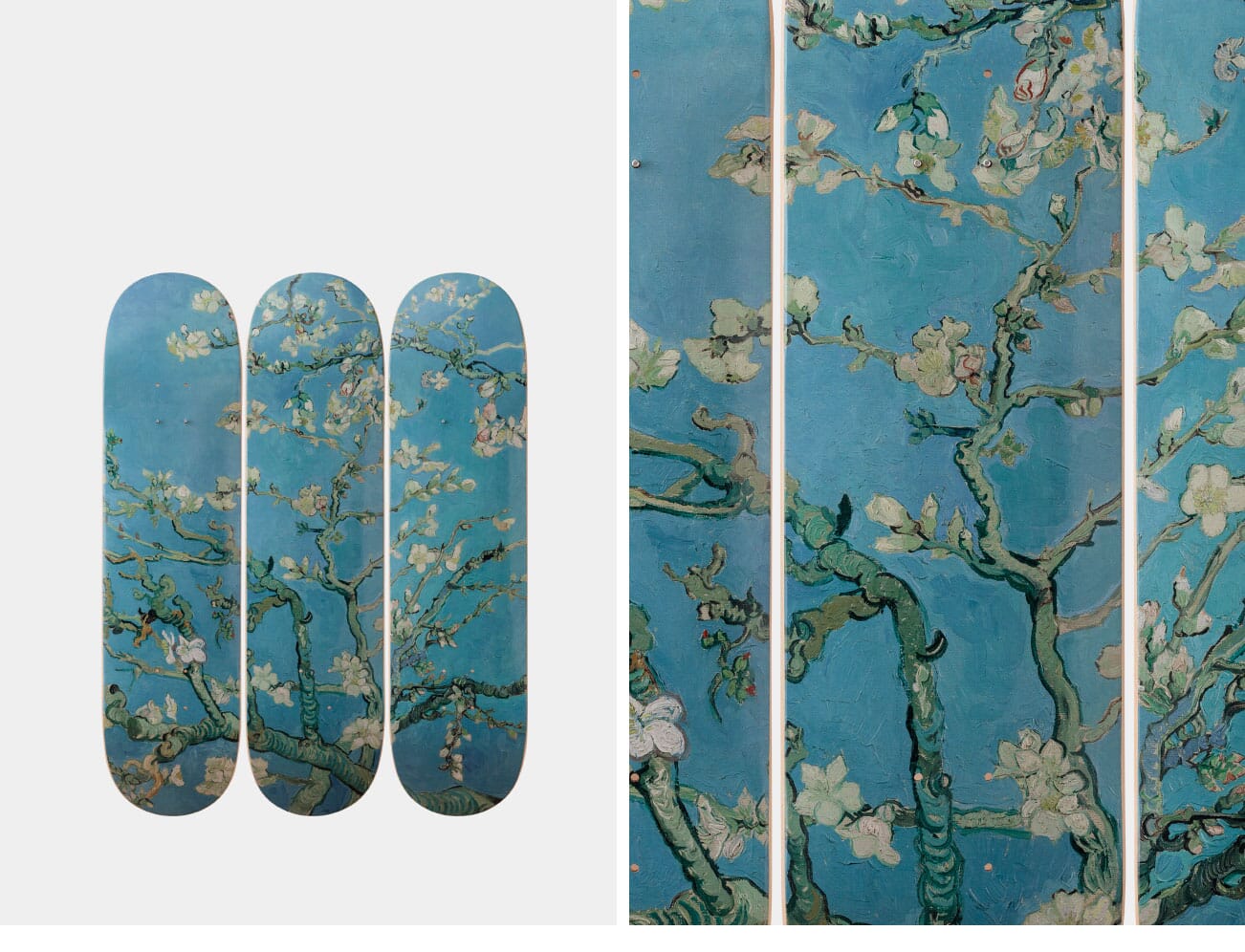 Taking the broken strokes of impressionism, the dabs of colour of divisionism and the subject matter and style of Japanese prints, Van Gogh’s 1890 Almond Blossom is a work of hope and optimism. Van Gogh, after a cold winter in the south of France, noticed the blossoming trees and flowers around him with a new eye. The flowers signified a new beginning, which is why Almond Blossom was painted in celebration of Vincent’s newborn nephew. This graceful and serene work is perfect for the bedroom. 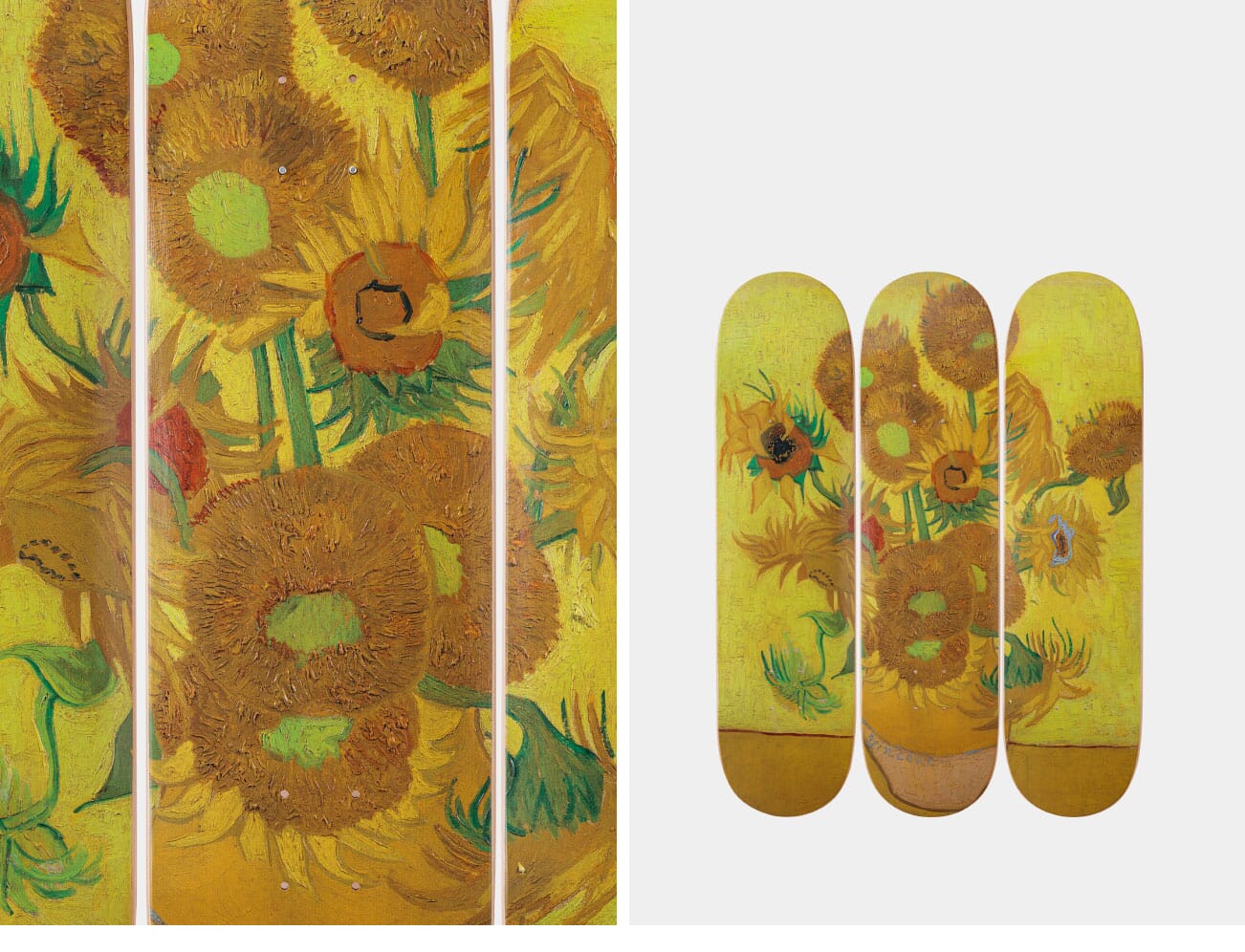 Arguably Van Gogh’s most famous work, Sunflowers exists in many forms – seven to be exact. The bouquet of bright flowers is poised between emotions, while some of the sunflowers are bold and vivacious, others have lost their leaves or seem to be wilting. Few works are as simple and can capture attention like this, and it becomes a statement when Skateroom has had its way with it. 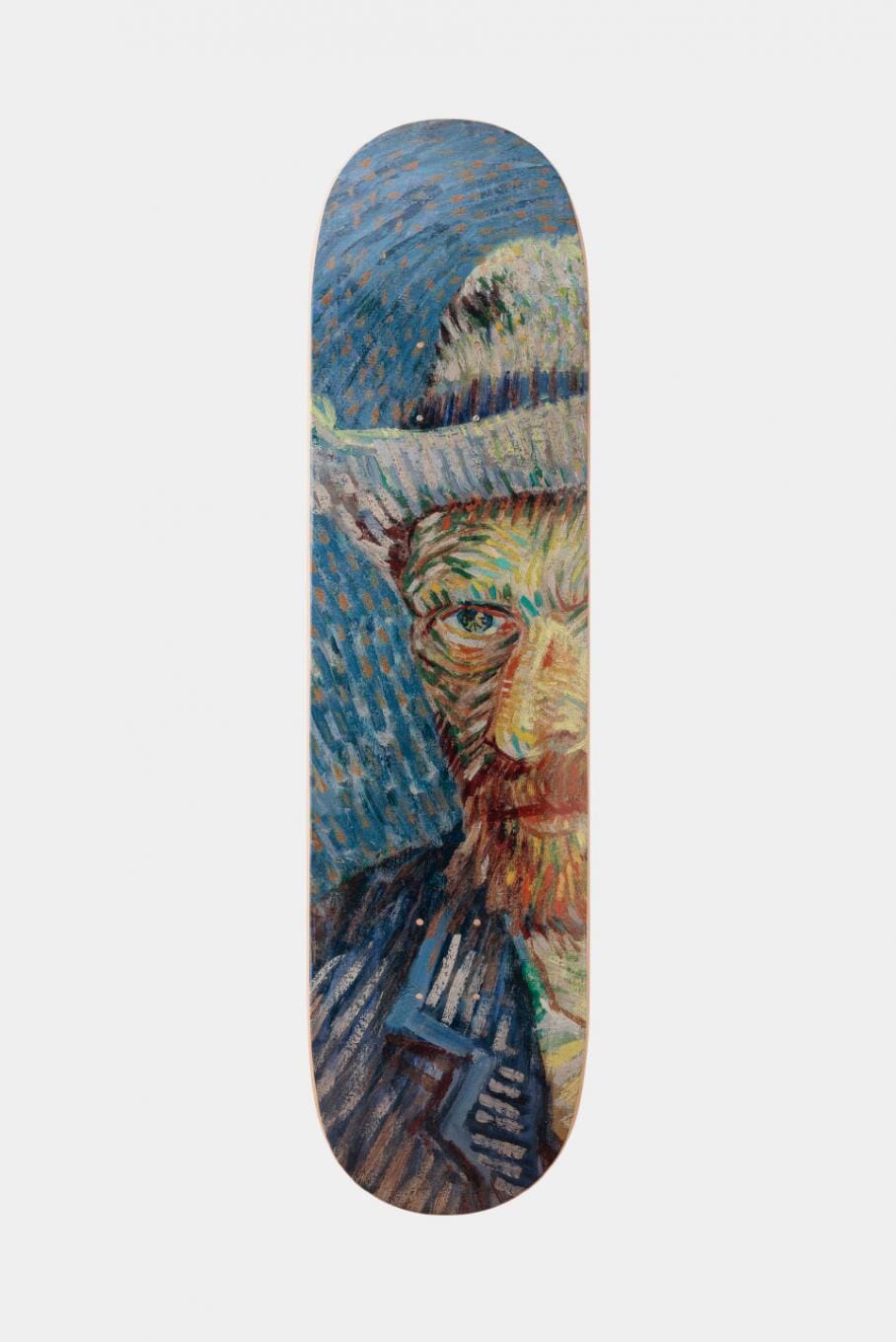 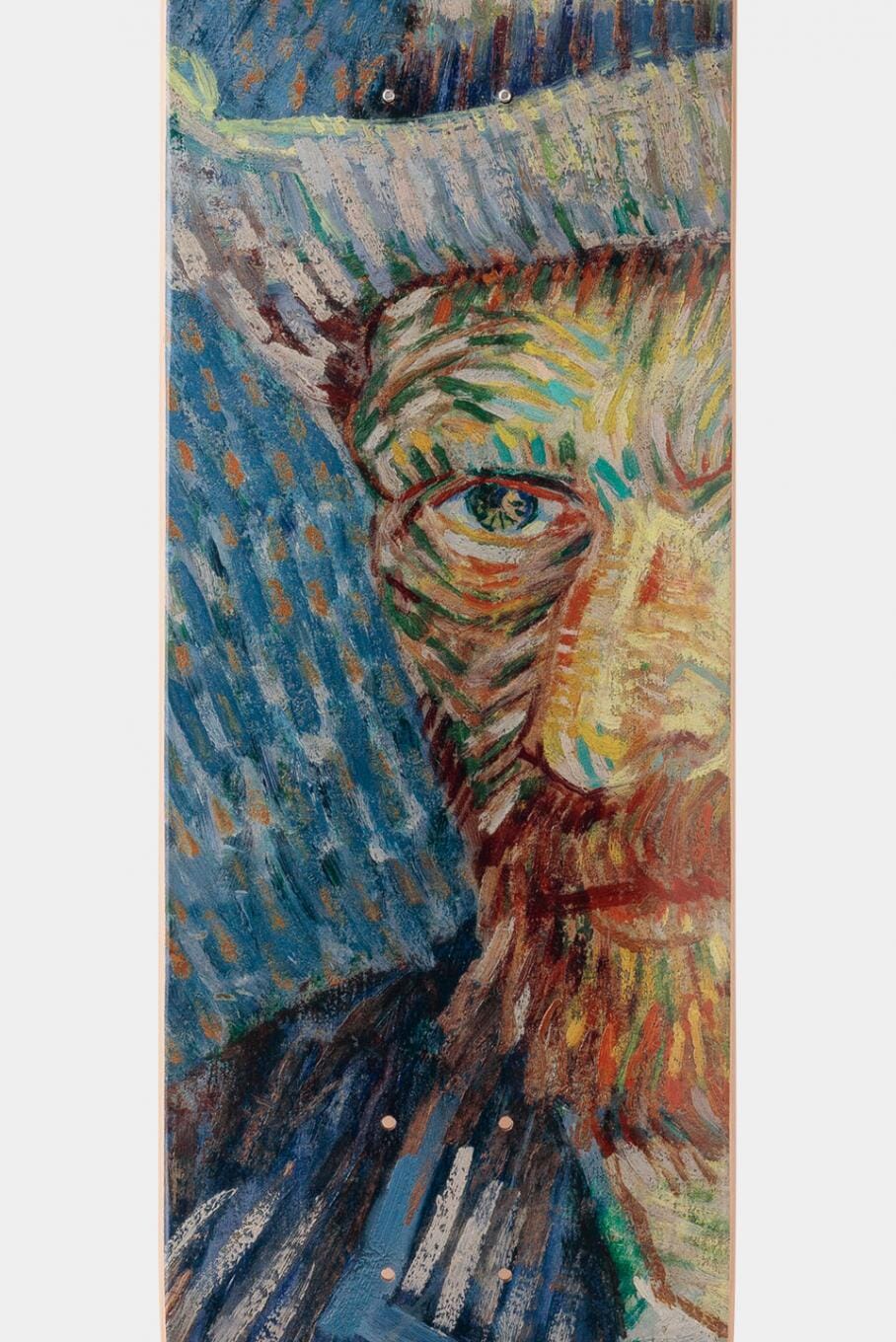 An iconic display of the style Van Gogh is most known for, which was achieved with the use of a knife to apply the paint, you can celebrate this portrait on one deck or as a triptych. We’re not only appreciating the work itself, but also Vincent’s get up. An archetypically French blue blazer with a workwear tinge is topped off by a felt hat with matching hatband. 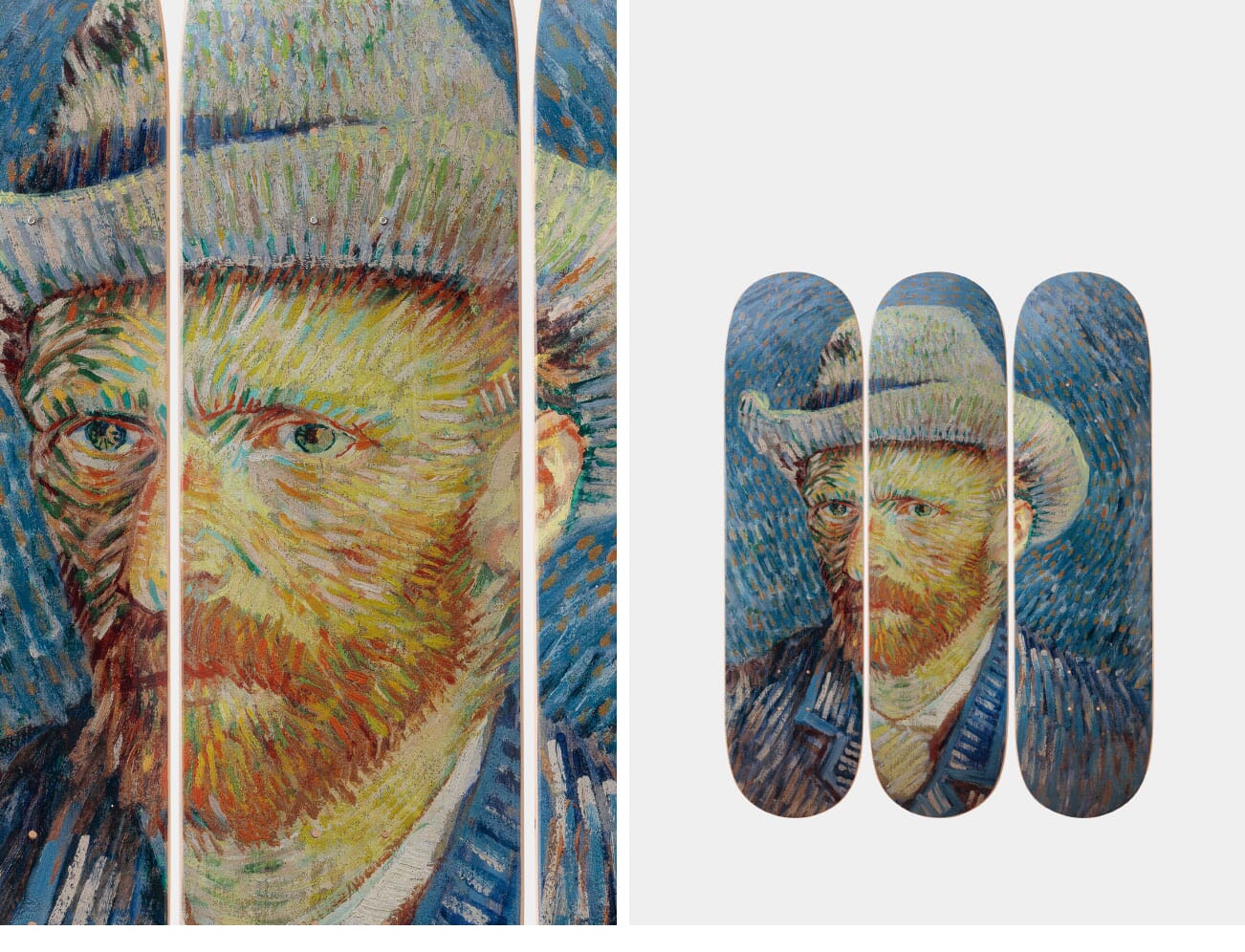 Shop all The Skateroom at OPUMO.

For more interior decoration tips, take a look at Rock Paper Film and read our interview with founder Caitlin Graham.