With news of the latest instalment from James Bond, Spectre, seeping in to the mainstream media with every passing day, be it Sam Smith’s title track or speculative plot secrets, excitement is seemingly building in typical bond fervour.

Ahead of its cinematic release on the 26th October 2015, the latest trailer for the film has revealed special editions of the Land Rover Defender and Range Rover Sport that will be appearing in the hotly anticipated 007 release.

As you would expect they are unapologetically murderous. Designed by Chief of Special Projects at Jaguar Land Rover, David Fairnbairn, the iconic SUV models receive heavily modified transformations.

The iconic Bond-black exterior takes the initiative for both models that receive Hollywood-like makeovers to make them suitably styled for one of the biggest film releases of the year.

The Land Rover Defender becomes the recipient of robust 37-inch off-road tires, bespoke suspension and enhanced body protection to combat the full-blooded scrutiny that it is likely to suffer in typical action-movie taste.

Meanwhile, the Range Rover Sport is equipped with a roof-mounted bespoke lighting system and significant engineering tweaks that make it the fastest and most powerful Sport model to date.

And if that hasn’t whet your appetite for the upcoming film release, you can catch the exclusive maxed-out vehicles in the latest trailer for Spectre here. 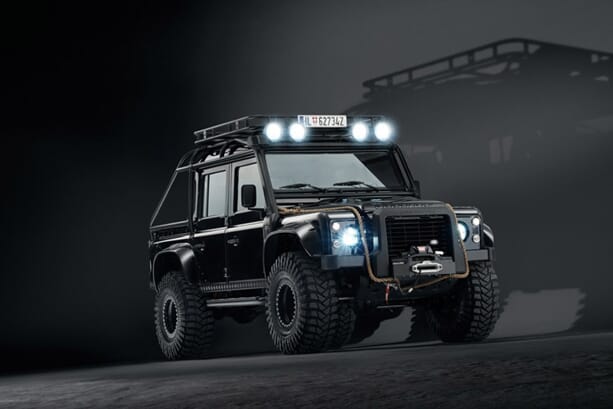 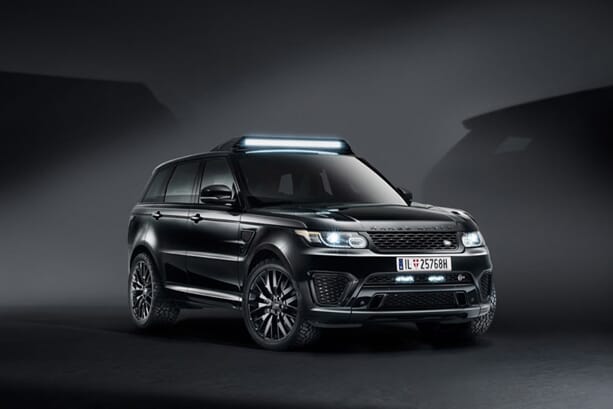