The Sunflower House by Cadaval & Solà-Morales

On a steep cliff above a fishing village on the Mediterranean in Spain's Costa Brava is a 21st Century Modernist house that's designed to drench its occupants in sunlight at every point in the day. Hence its name: this is the Sunflower House.

The owners wanted to maximise the position of the plot of land they'd bought, with uninterrupted views of the sea and the horizon. The setting, however, was on a blustery peninsula, at the direct mercy of the notorious Tramontane wind.

The sun might be out, but a howling wind could take all of the edge off the heat.

Barcelona-based architects Cadaval & Sola-Morales came up with a design comprising a series of sparkling white cubes, each with floor-to-ceiling windows framing a different aspect of the view.

The architects say their design is "a big solar collector" aimed at bringing "light and heat into the house; like a giant sunflower".

Five cubes on each of the two storeys surround a double-height living space. Downstairs cubes are used as dining, sitting and television rooms plus a kitchen. Upstairs cubes house three main bedrooms, some with roof terraces. There's a guest room and two bathrooms.

Outdoors, the Sunflower House's cubes serve to protect a downstairs patio, so that owners can enjoy wind-free vistas.

As a design solution, the Sunflower House is triumphant. As a seaside retreat, the house both honours its scenic surroundings and protects its occupants. We'd love a weekend invitation. 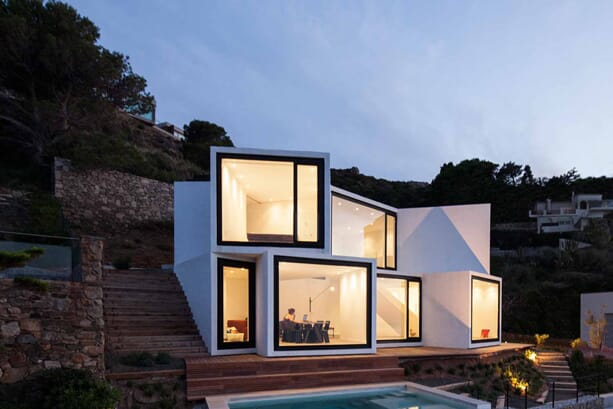 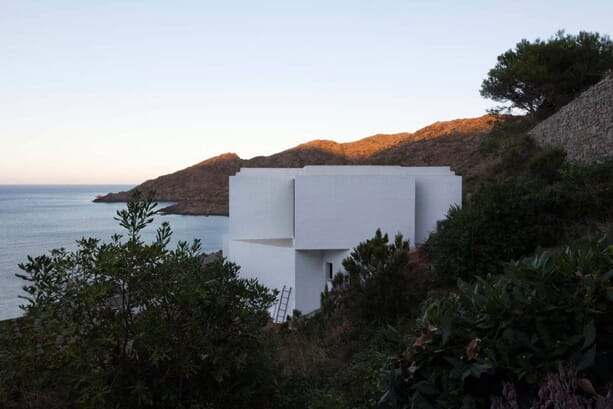 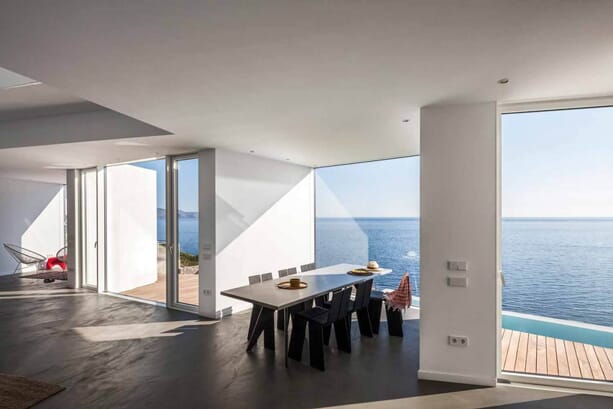 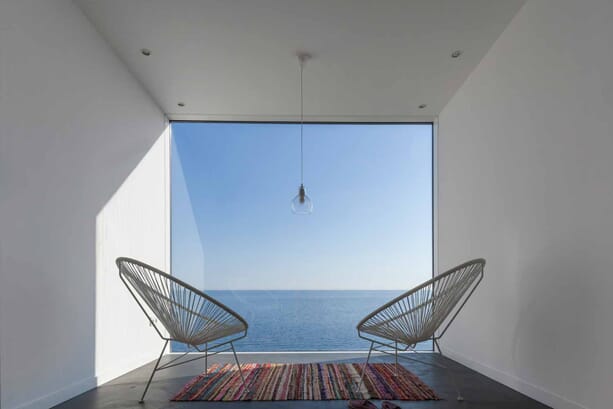 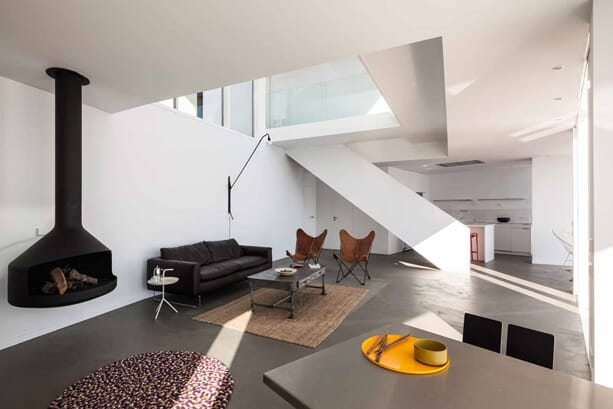