The Tesla Powerwall is Elon Musk's latest project aimed at revolutionising the way we provide power to our lives. As publicity material for the Tesla Powerwall puts it, Tesla has a "mission to enable zero emission power generation".

Don't bet against the Tesla Powerwall's ambition. Elon Musk has already defied the naysayers and redefined the car industry with his expanding range of electric Tesla cars: desirable, fast and planet-friendly.

The Tesla Powerwall is a large, rechargeable lithium-ion battery unit in a typically-elegant Tesla casing designed to bolt to an outside or inside wall. The TeslaPowerwall stores unused energy from pre-existing solar panels for future use, instead of pumping surplus energy into the national grid.

The concept, like that of Tesla cars, is so simple that it's surprising no-one has thought about it before. TheTeslaPowerwall can charge from the national grid at non-peak times, which in the US, means lower rates.

Elon Musk has real muscle to make the Tesla Powerwall a reality. Tesla's Gigafactory, currently under construction in partnership with Panasonic and also due to manufacture Tesla's car batteries, will provide future production capacity.

Americans can already pre-order their Tesla Powerwall online, and already 38,000 people have done so. This, says the company, exceeds expectations and takes up all production, at an existing plant rather than the Gigafactory, until mid-2016.

There are often questions about effective ways to reduce our dependence on fossil fuels. In this debate, the Tesla Powerwall could just be a game-changer. 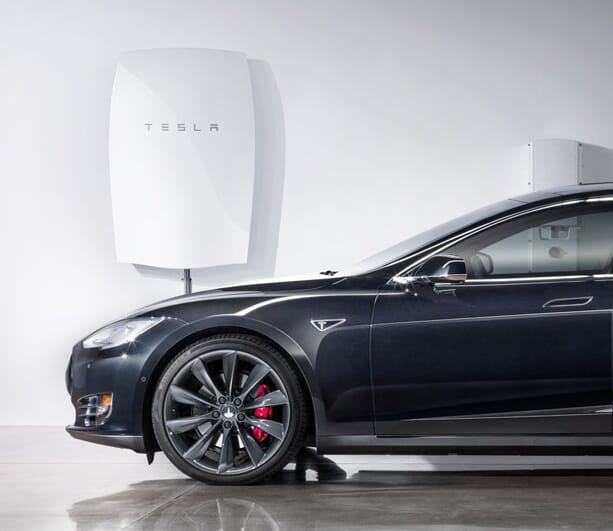