Based in Monte Carlo, Wally Yachts are at the very heart of the world of the 21st century motor yacht. In their latest creation, the Wally 73 Performance Yacht, Wally Yachts have crafted a pioneering piece of maritime design that will never be mistaken as just part of the crowd in the harbour at Monaco's signature sporting event, this weekend's Monaco Grand Prix.

Indeed, there's something of the purity of a Formula One car about the Wally 73. Its sharp-edged design comes of research into what best cuts through both water and air, the better to use the Wally 73's twin V12 engines, complemented by KaMeWa jets.

Top speed is 40 knots, which converts to close to 50mph, not bad for 22-metre, 46-ton vessel. The styling, by Wally's Luca Bassani and Stefano Pastrovich combines aerodynamics with the essentials of yachts of this status.

The superstructure is fully-enclosed in privacy glass panels, allowing the owner and up to eight guests to see everything around them, while remaining entirely anonymous, should they so desire.

A sumptuously furnished open deck aft invites those keen to show off - or watch the motor racing - while moored at a harbour while providing for languid al fresco dining and lounging while at sea.

Super yacht design can so often be about mere ostentation. With the Wally 73, Wally Yachts have demonstrated that even in this most rarefied of markets, it is simplicity of design that is most desirable. 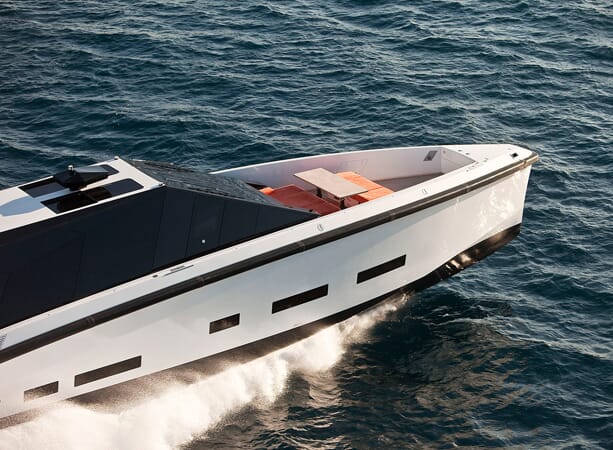 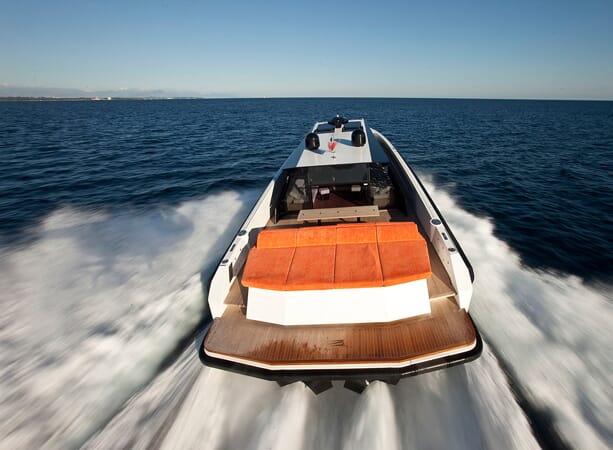 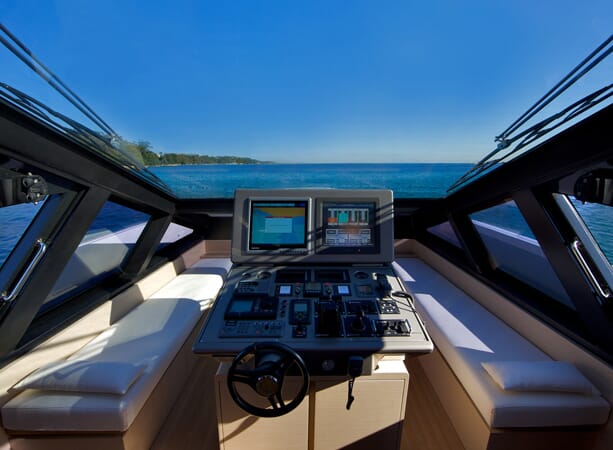 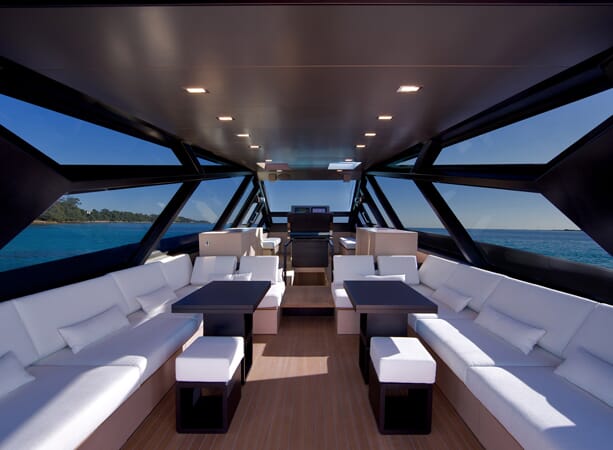