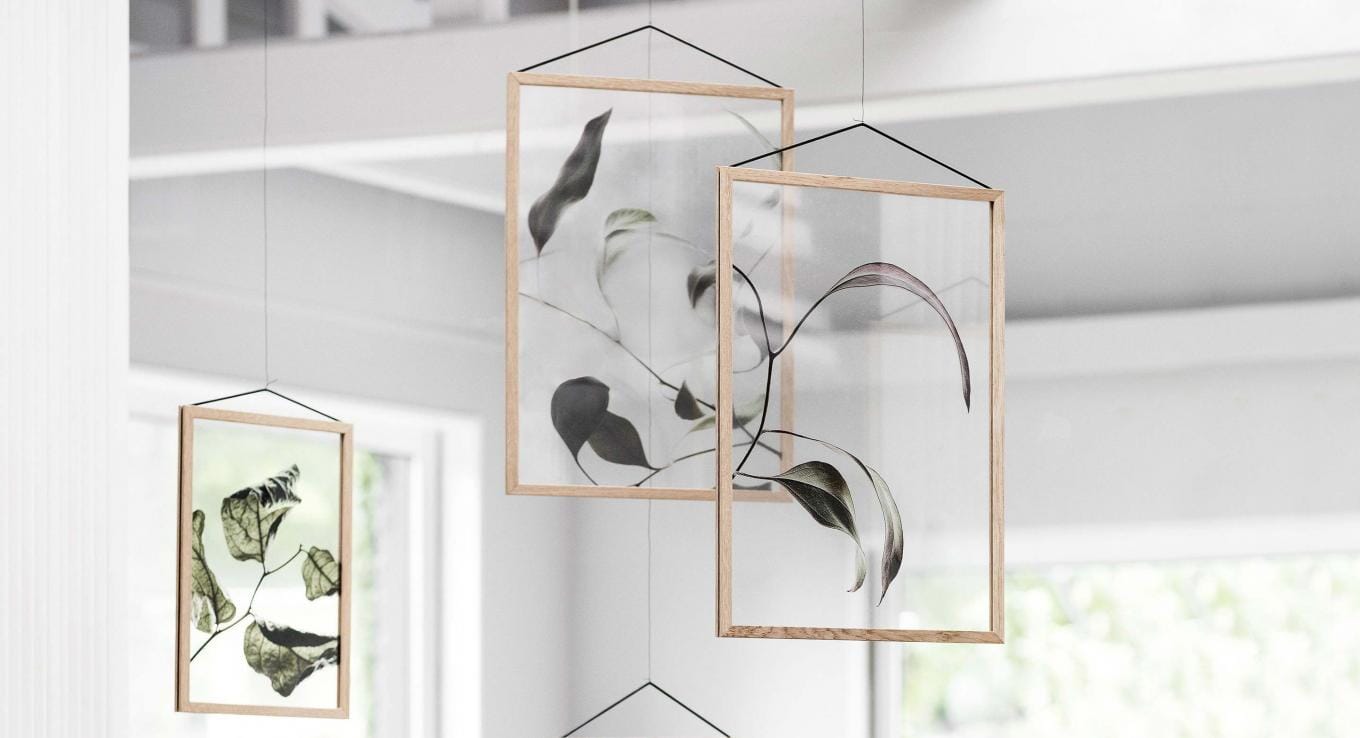 The benefits of integrating plant life into your home and workspace are well documented, however, the upkeep and burden of plant ownership often deters people from developing their green fingers. But in order to make greenery a bit more accessible to all, three Danish design studios – MOEBE, Paper Collective and Norm Architects – have joined forces to release a series of art botanical prints that include leaves suspended within an individual frame. 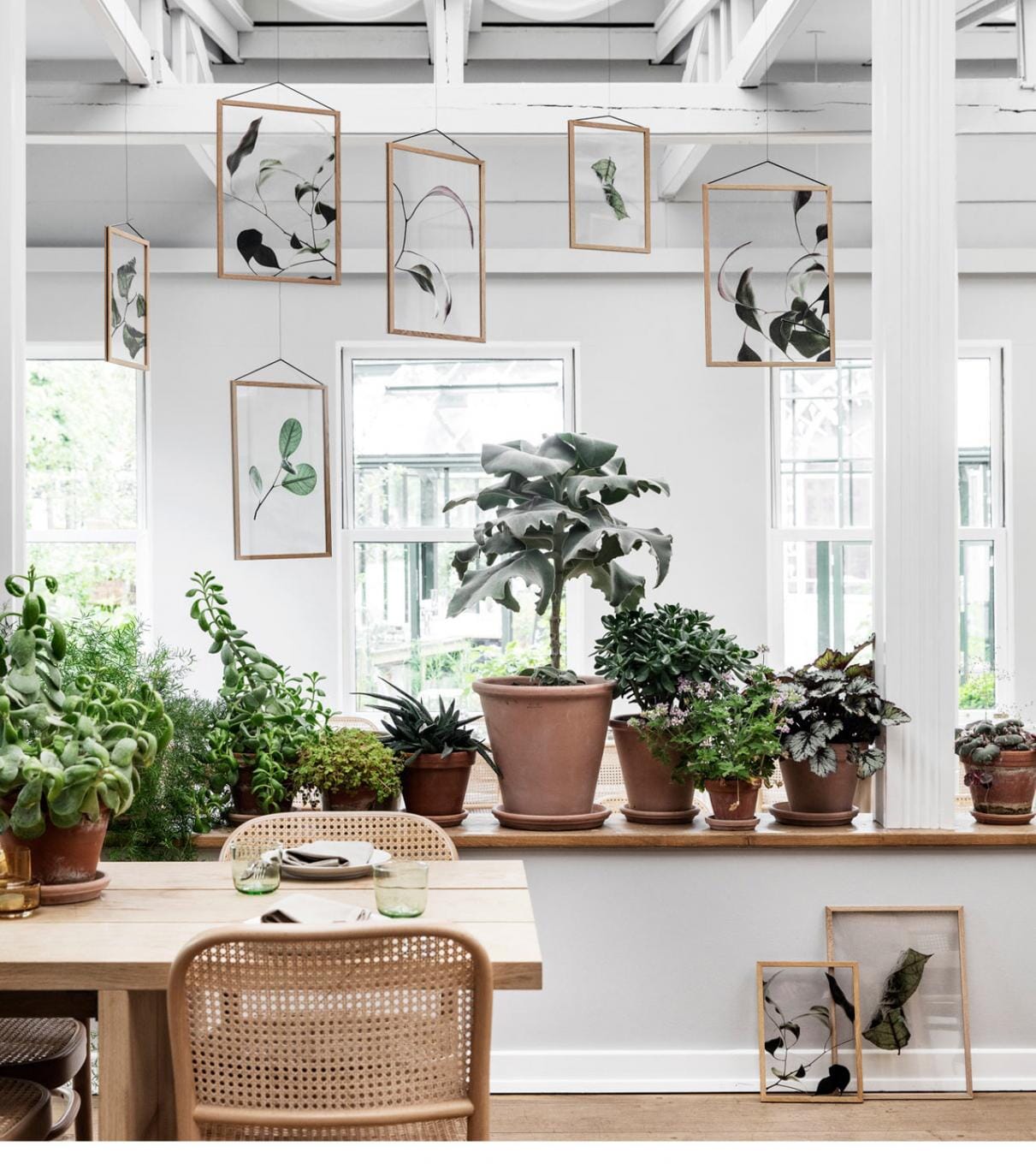 The Floating Leaves are inspired by the gathering of botanic samples and classical botanic illustration. The photographed leaves rest somewhere between healthy greenery and decay, adding a mesmerising dimension that confuses the senses.

The floating leaves feature transparent botanical photographs that give the illusion of real-life leaves suspended within the frame. The photographs were made using UV printing allowing a photo to be printed onto transparent foil. The prints, which come in three different sizes, also highlight the each of the company’s alignment with creativity and nature. 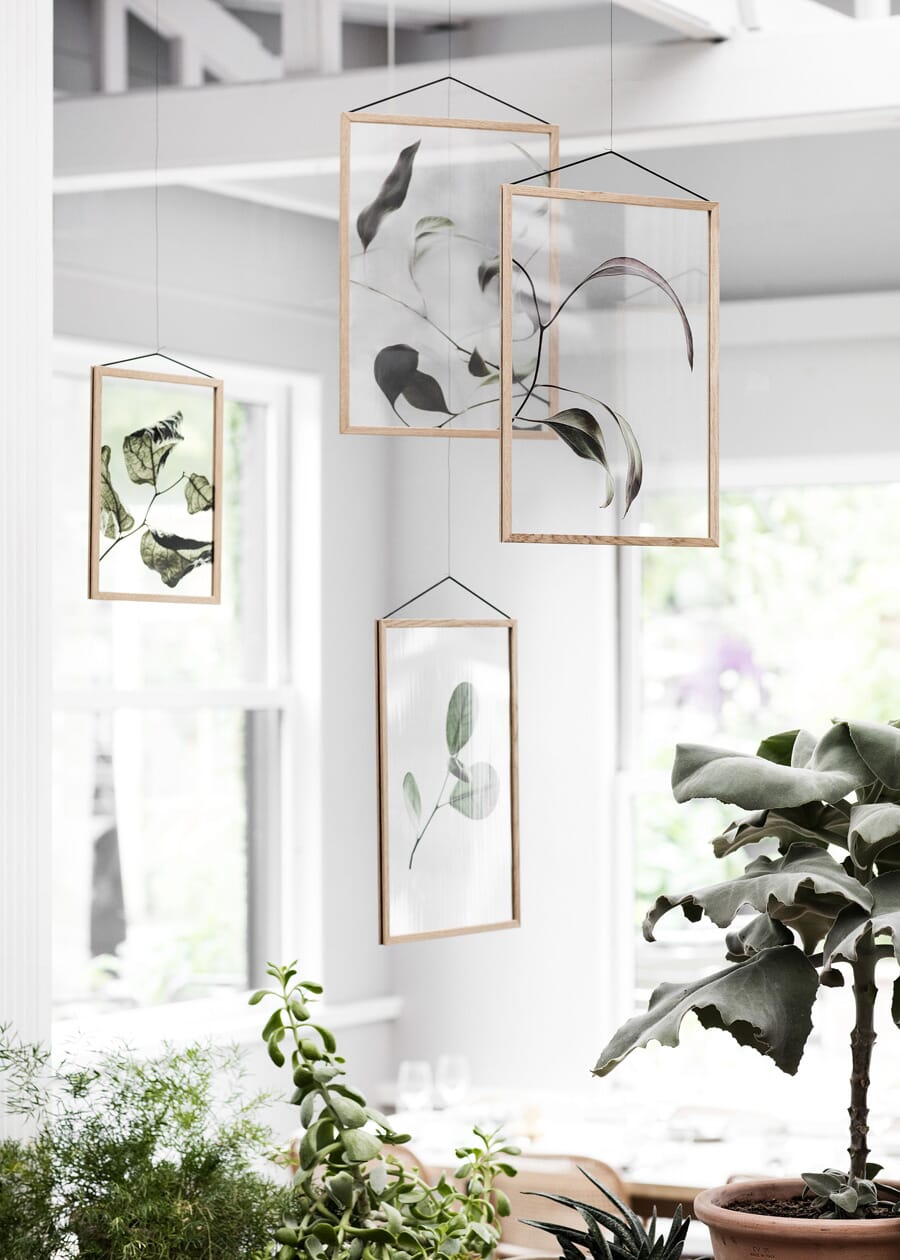 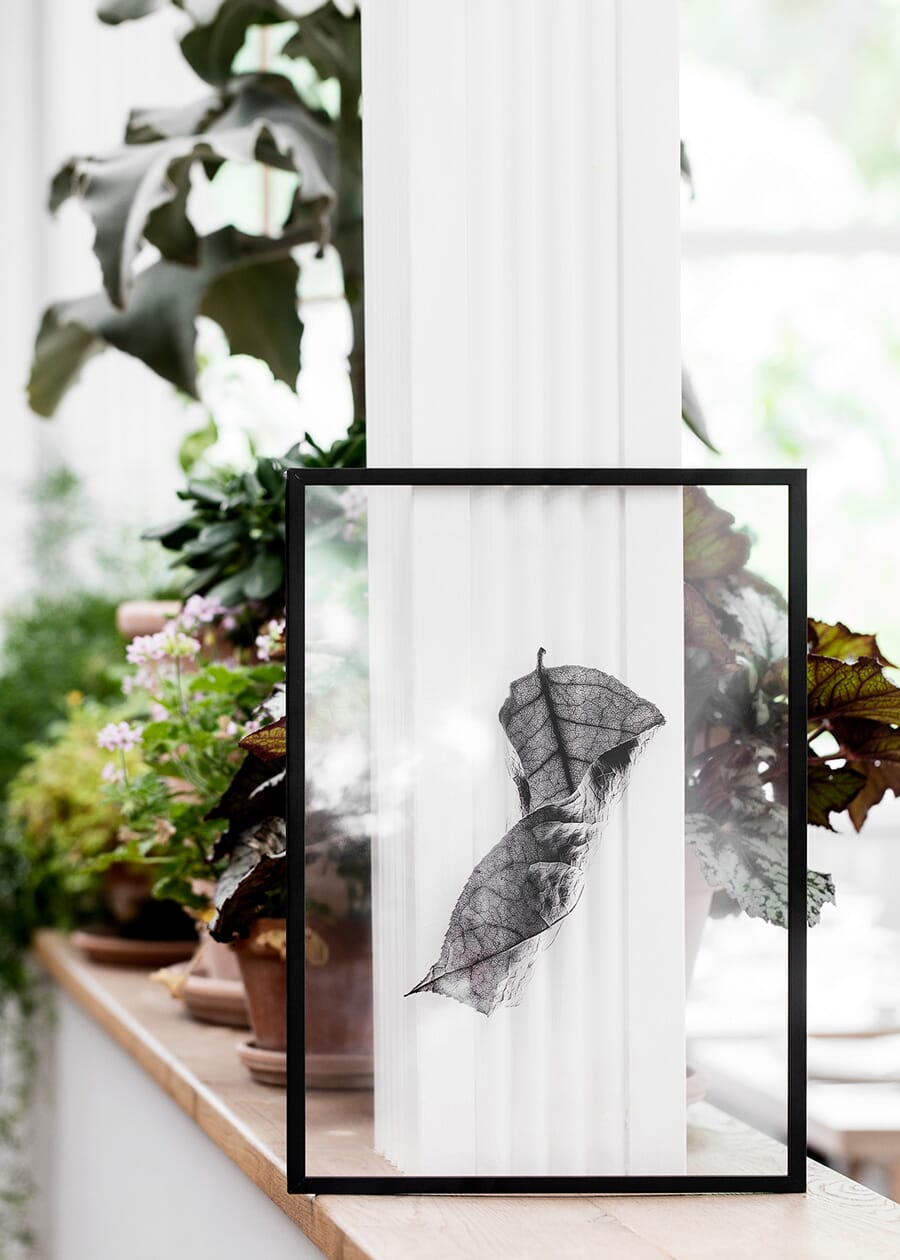 Jonas Bjerre-Poulsen of Norm Architects uses a rewording of a passage from Wabi Sabi for Artists, Designers, Poets and Philosophers to explain the idea behind the new prints: ''The Sabi Leaves photos are inspired by the gathering of botanic samples and classic botanic illustration," he explains. "Playing with an element of decay, the Sabi Leaves also become iconic expressions of time frozen. They are visibly vulnerable to the effects of weathering and have recorded the sun, wind, rain, heat and cold in a language of discolouring, rust, tarnish, stain, warping, shrinking, shrivelling and cracking. Their nicks, chips, bruises, scars, dents, peeling and other forms of attrition are a testament to their history. Through the transparency of print and frame the leaves get a unique sense of multi-dimensionality rarely achieved in printed products.'' 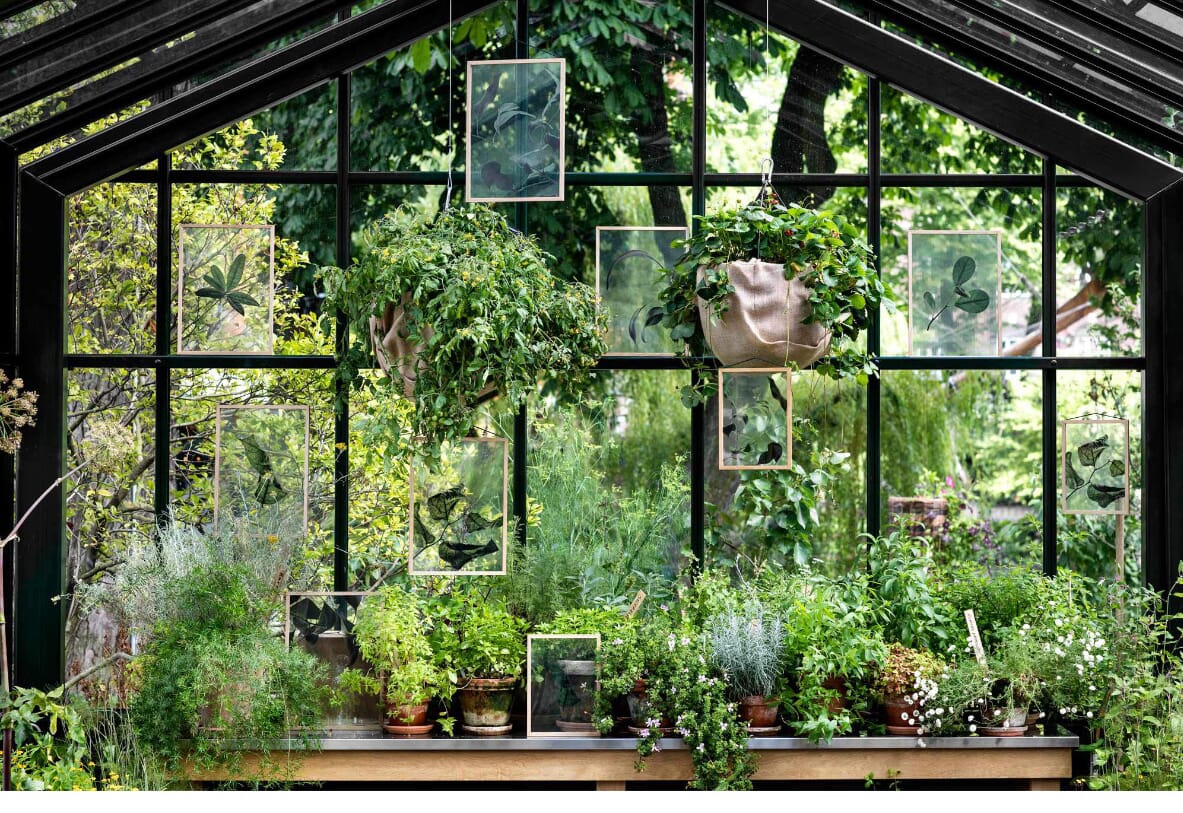