The term ‘modern classic’ has been so vehemently overused it almost lays next to ‘legendary’ as a desolate term stripped of any real meaning.  There are times, however, when the term is warranted – and the enigmatic Triumph Bonneville is wholly deserving.

Despite its iconic stature, the Triumph Bonneville was perhaps due for an upgrade. Bunker Custom Cycles dully obliged and created the adrenaline-fuelled Bonneville custom.

The glossy, 2014 model is adorned in a crisp, glossy livery that instantly make it a sophisticated looking bike. It is not just a showpiece however, as the bike’s aesthetic was not even top of the Turkish shop’s priorities.

“We wanted to squeeze out as much performance from the T100 as we could,” says Mert Uzer of Bunker. “The form and posture of the bike naturally followed.”

Installing a power commander alongside a pair of predator mufflers and an airbox removal kit, the T100 is a dynamic and road-worthy bike that boasts impressive speed and efficiency.

Elsewhere Bunker fitted Hagan Nitro Rear Shocks in to the suspension as well as dropping the front forks by two centimetres- giving it a laid-back nature with an aggressive, no-nonsense personality.

The bodywork was installed with a sleeker and shorter, hand-made aluminium tailpiece, with the seat itself shaped using high-quality foam and gel insert to offer maximum comfort in transit.

With every detail perilously attained, the Bonneville was finished in a simplistic duck egg colourway with accompanying gold accents. 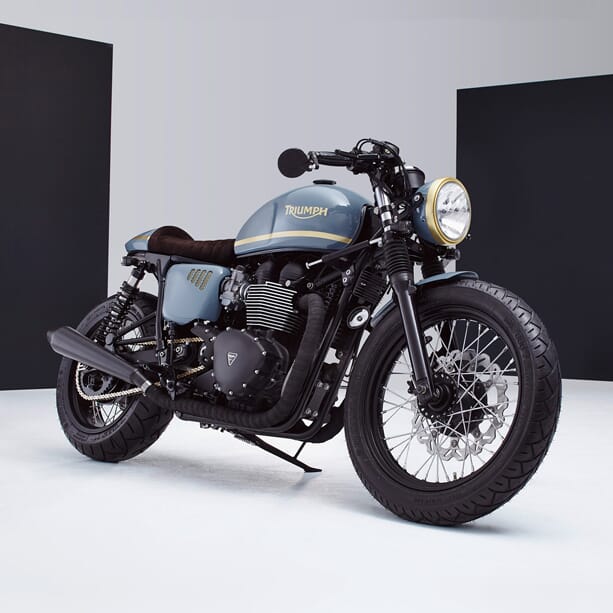 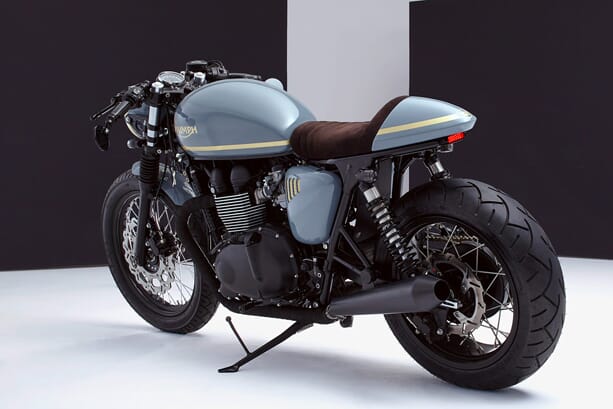 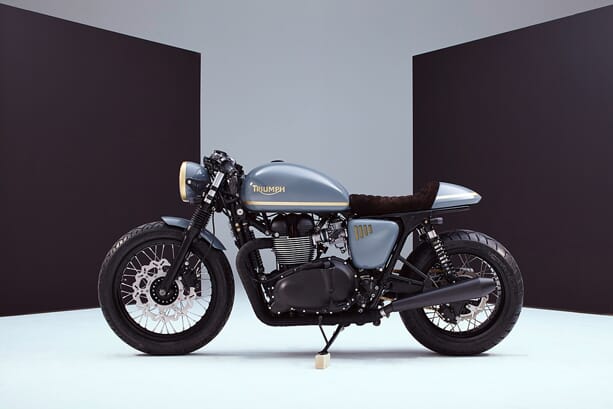 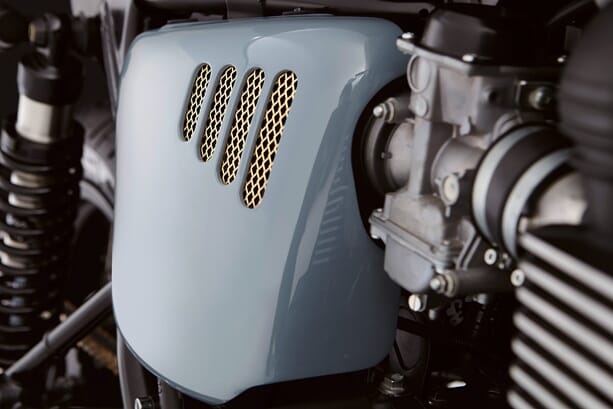 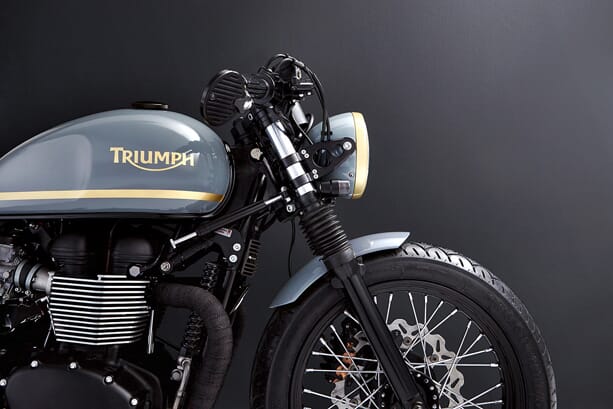