Bringing bikes back to life; Untitled Motorcycles are true pioneers of modern engineering.

Collaborations, renovations and new editions, the market for any type of automotive rehabilitation is somewhat saturated. Untitled Motorcycles, however, capture the true requisite of revitalising motors- reinventing bikes into modern classics.

Their latest conception, the UMC-032 abides by the established Untitled mantra to stand as one of their best creations yet.

Since their conception in 2012, Untitled have expanded to a larger London base alongside a subsidiary workshop in San Francisco, USA. Created and operated by ‘three guys and a girl’ in London, the expansion across the pond seemingly illustrates their success of reinventing bygone bikes.

The simplicity of their vintage-inspired conceptions remains timeless, preferring analogue installations to the high-tech, overzealous rocket-ships that dominate the bike market today.

Simply appealing to the raw nature of the human spirit- Untitled Motorcycles re envisage simpler times to create bikes that are made to be driven and enjoyed – none more so than the UMC-032.

Built with the originality of a road bike that possesses a rugged nature to take on off-road challenges, the UMC-032 features a multitude of adaptations that help it exceed expectation.

The sub-frame was shortened and a slight kick put in the rear hoop, while a new front and rear mudguard, exclusively customised to fit the new thick tires, was installed to add extra durability.

Best of all, the tank paint was adorned in a contemporary pale teal colour hue that offers a hallowed vintage style. Complimented with a brown leather diamond-stitched seat that offers comfort in style.

Whether it be an inner-city escapade, as the UMC-32 finds itself photographed in, or a cross-country adventure, the special edition bike will be accustomed to it all. Assuring your every ride will not only be an imitable adventure, but one enjoyed in enigmatic speed and consummate style.

Check out all of Untitled Motorcycle’s creations on their website. 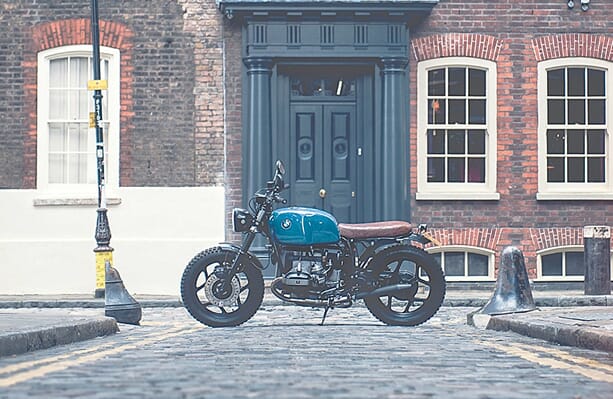 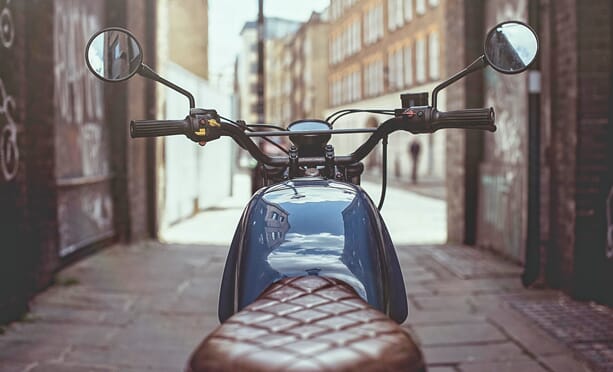 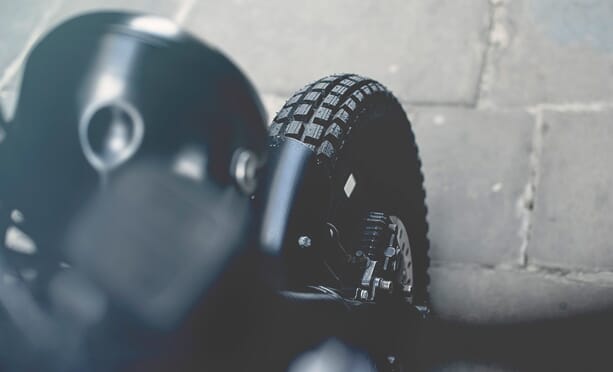