Deep in the cork forests outside Lisbon, there's a new home that at first glance doesn't look like a human residence at all.

Architect Valerio Olgiati is known for buildings developed out of a single idea. Here, the idea was for a walled garden that would thrive in windy, hot conditions. The client: the architect himself.

Olgiati has asked that the exact location be kept secret. Visitors report that even with detailed directions, Villa Além is hard to find. The exterior is a vast, industrial concrete wall located in the middle of a cork forest.

The architect and his wife wanted somewhere they could feel abandoned. They've certainly achieved that. The stark interior is conceived as a quiet, meditative sanctuary. Both interior and exterior walls are in raw, unadorned, concrete.

The model was the Court of the Myrtles at the Alhambra, the Moorish palace in Grenada. At Villa Além the walled garden is the major feature, with a swimming pool forming a central axis

The living area resembles a cave, looking out onto pool and garden. Distances between rooms are deliberately exaggerated. The architect wanted to underline the sense of journey, both to the house, and inside.

Bedrooms are off a long, winding passage. Each looks out, through floor-to-ceiling windows, on an individual courtyard.

Villa Além achieves the unlikely. Here is a home that could only have been built now, and yet references everything from neolithic living to the grandeur of the Alhambra. 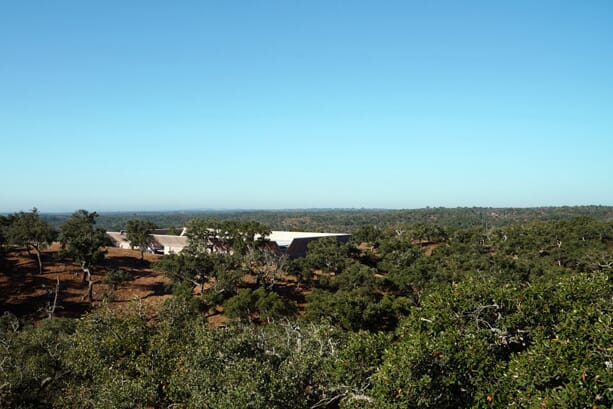 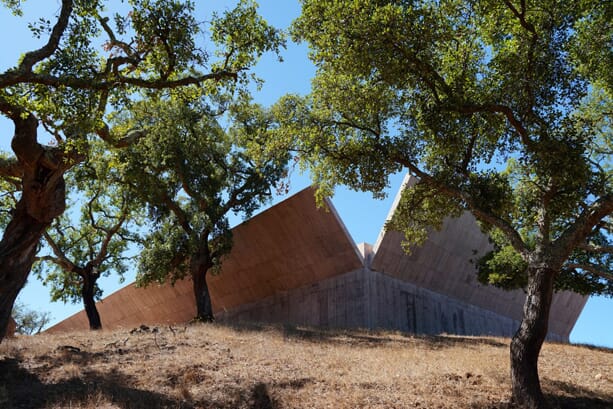 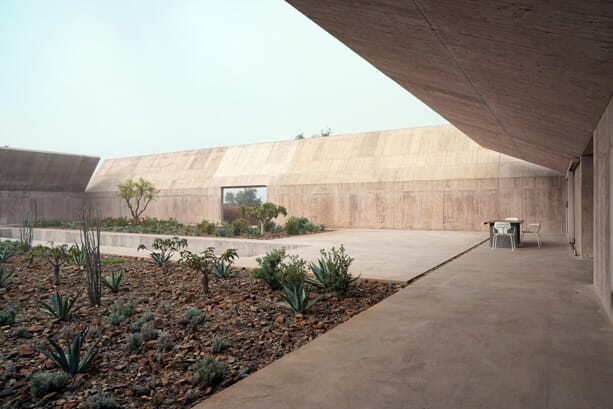 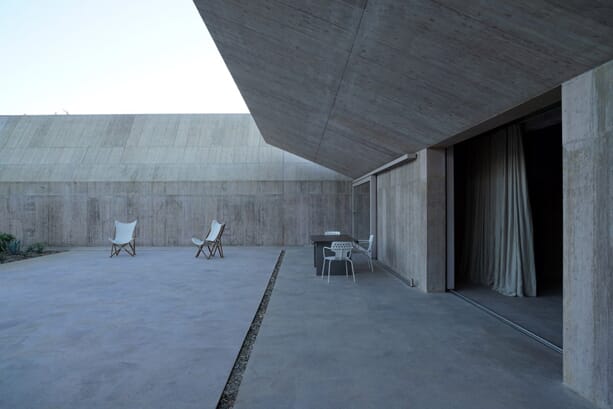 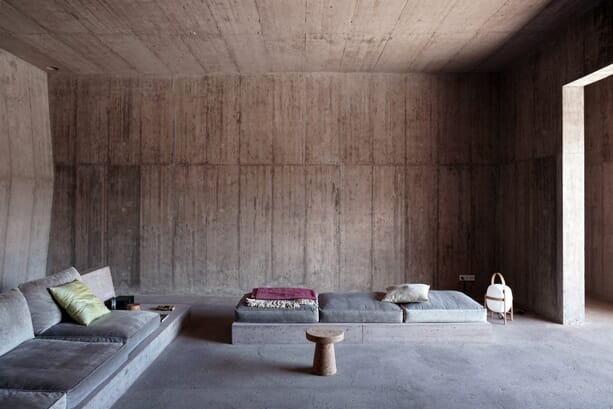 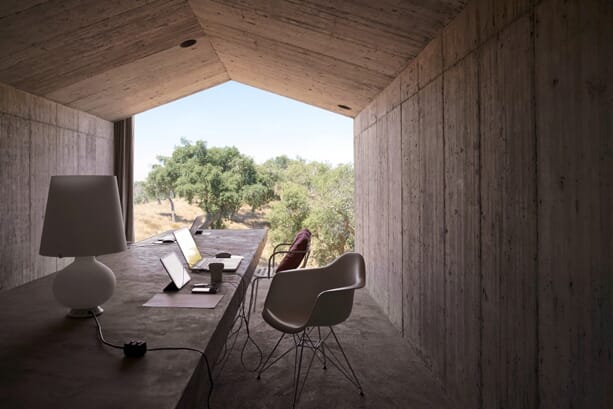 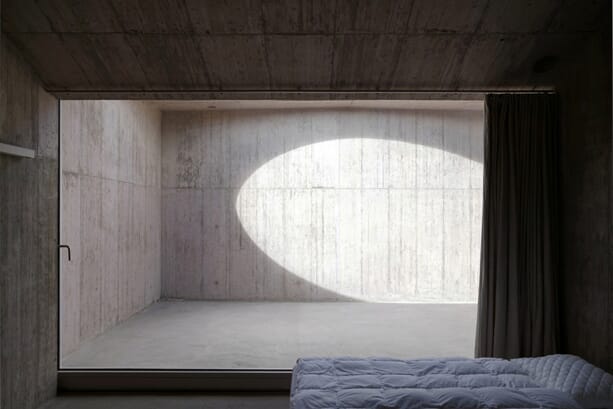