Suspended on top of a volcanic cylinder, surrounded by a moat and resembling an ancient hieroglyphic of a flying saucer, the Volcano House looks like a villainous lair in a classic action-film. But the building, built in 1968, is a marvel of mid-century design that has been expertly captured by contemporary photography Lance Gerber in a series of images that reveal a chilling sense of timelessness. 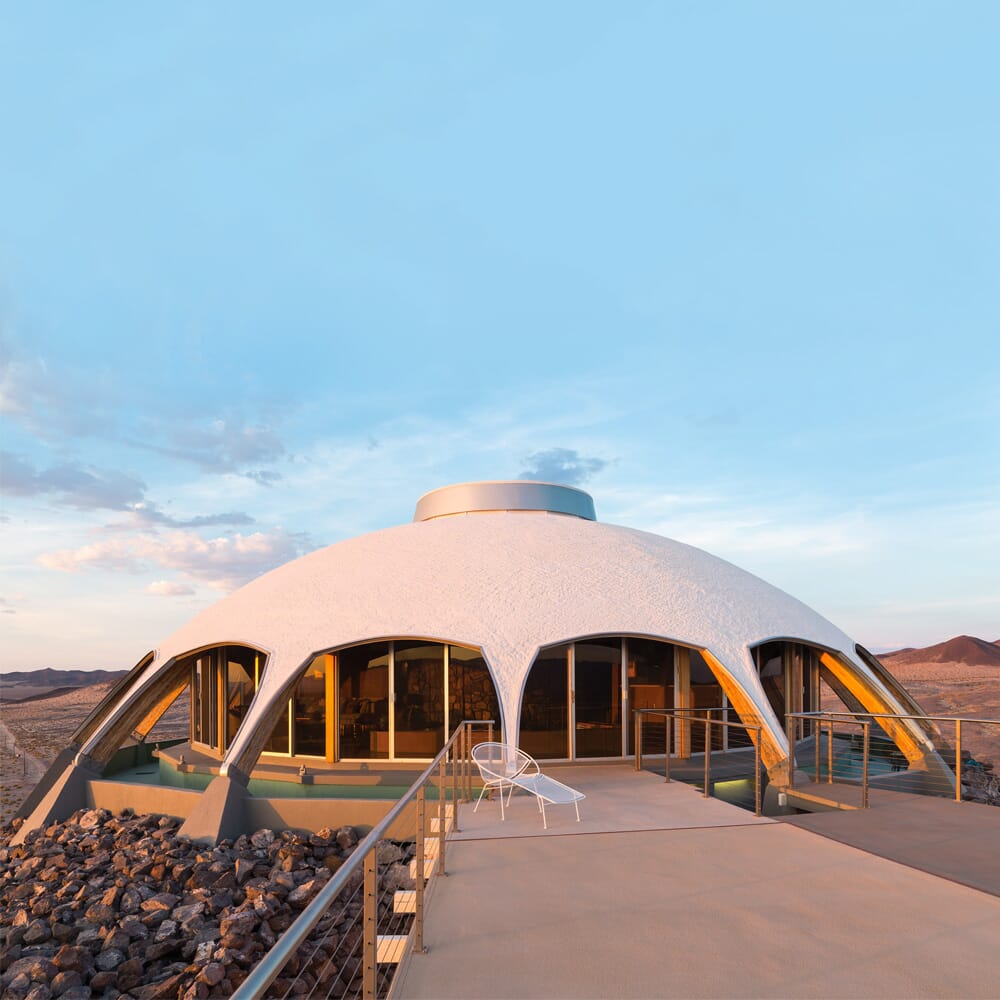 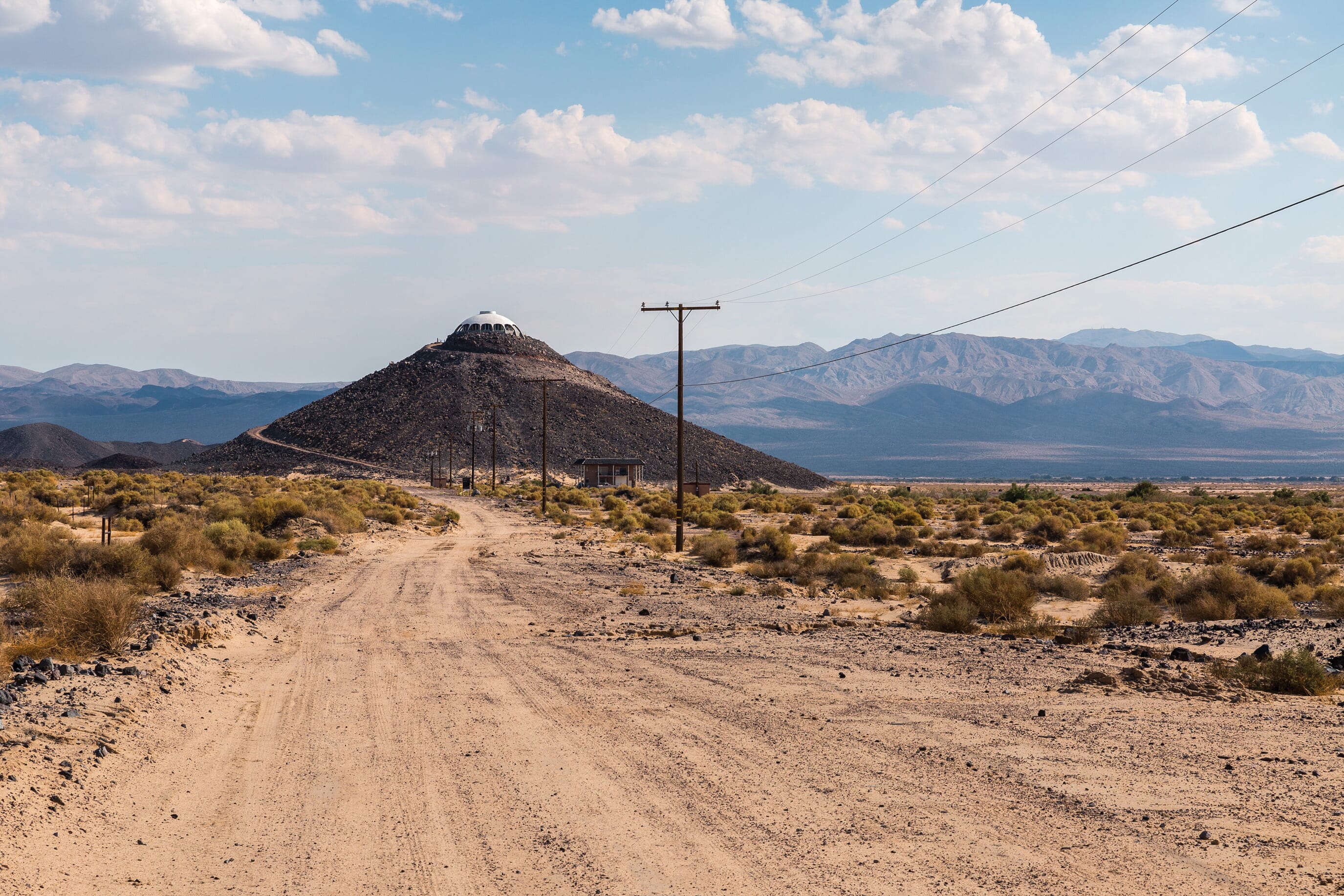 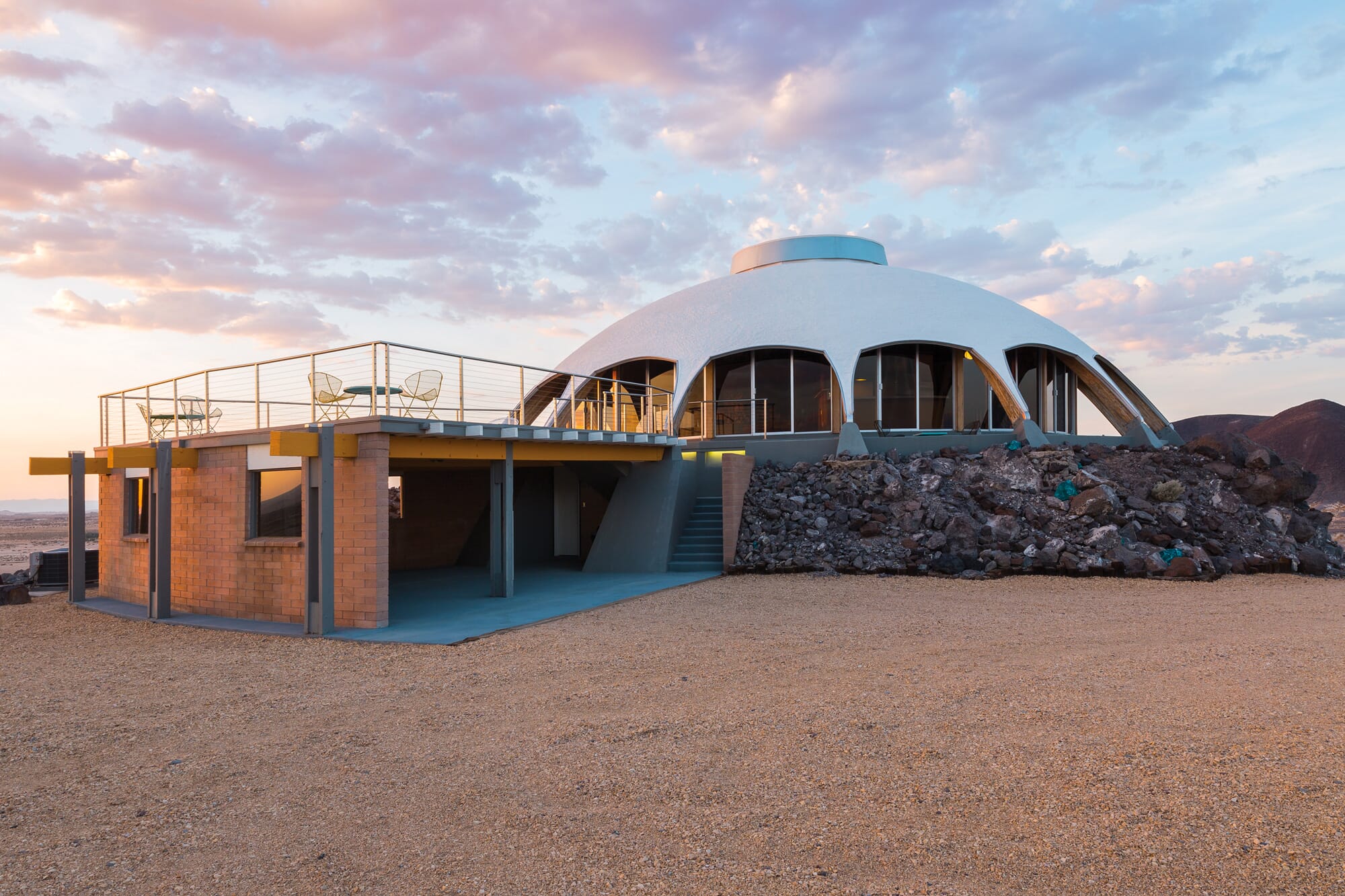 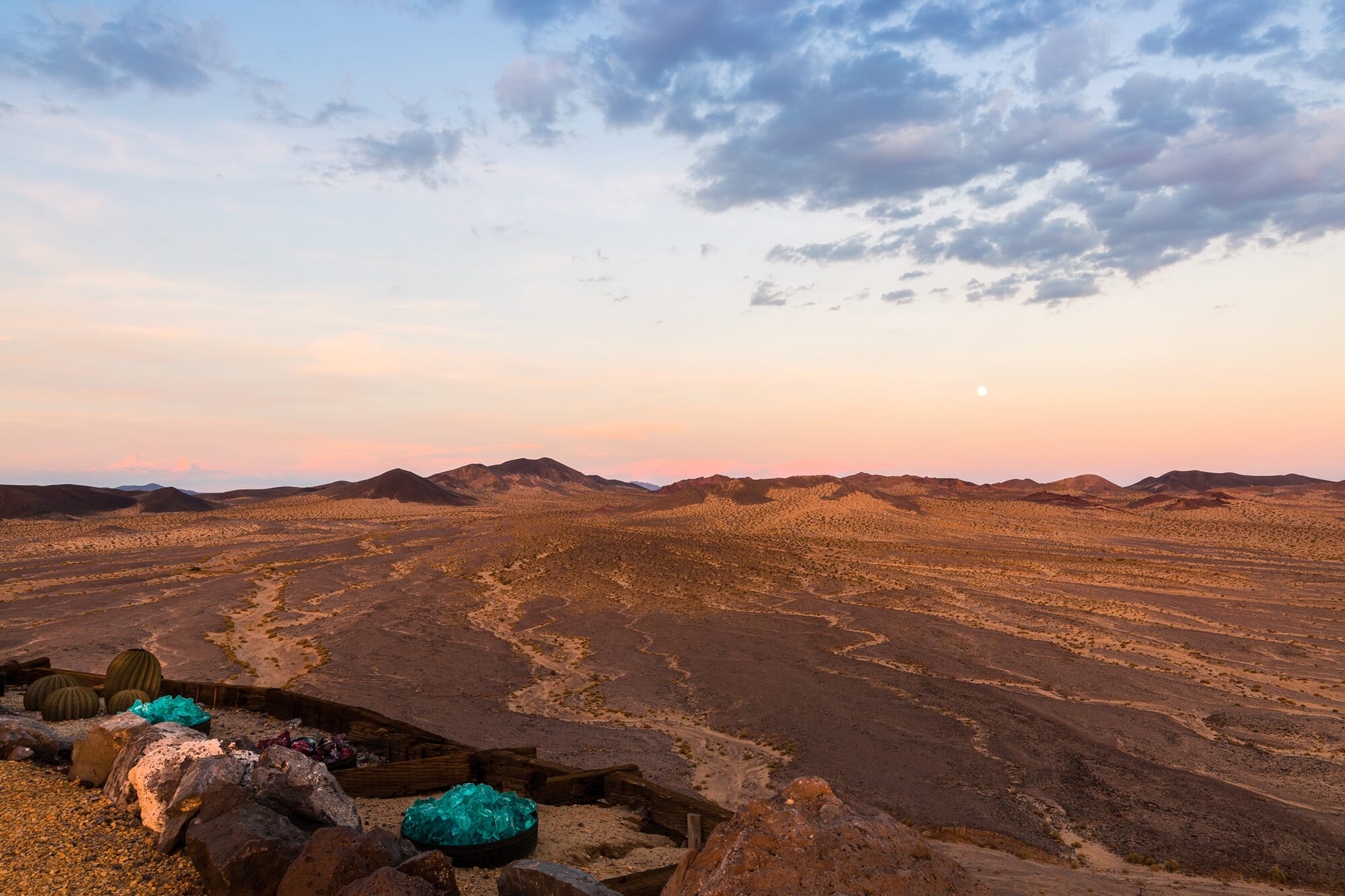 Frank Waters famously said that the secrets of the ‘vast desert undulates with almost imperceptible tides like the oceans,' and the enigma surrounding the sandy dunes is intensified by this neo-futurist residence originally designed by Californian architect Harold Bissner Jr. The atomic-inspired design was built to resemble the dome-shaped information centres of the nuclear age and it sits in a remote location, half-way between Los Angeles and Las Vegas in Newberry Springs, on top of a 50m high dormant volcano.

Acting as the crowning glory of the desert, the house appears as a hybrid between a platonic observatory and an extra-terrestrial temple. Gerber’s imagery captures the structure’s dominion over the vast surroundings by contrasting the dome with the earthy tones of the sand, the bleached blue sky and at night, the inhospitable darkness below. 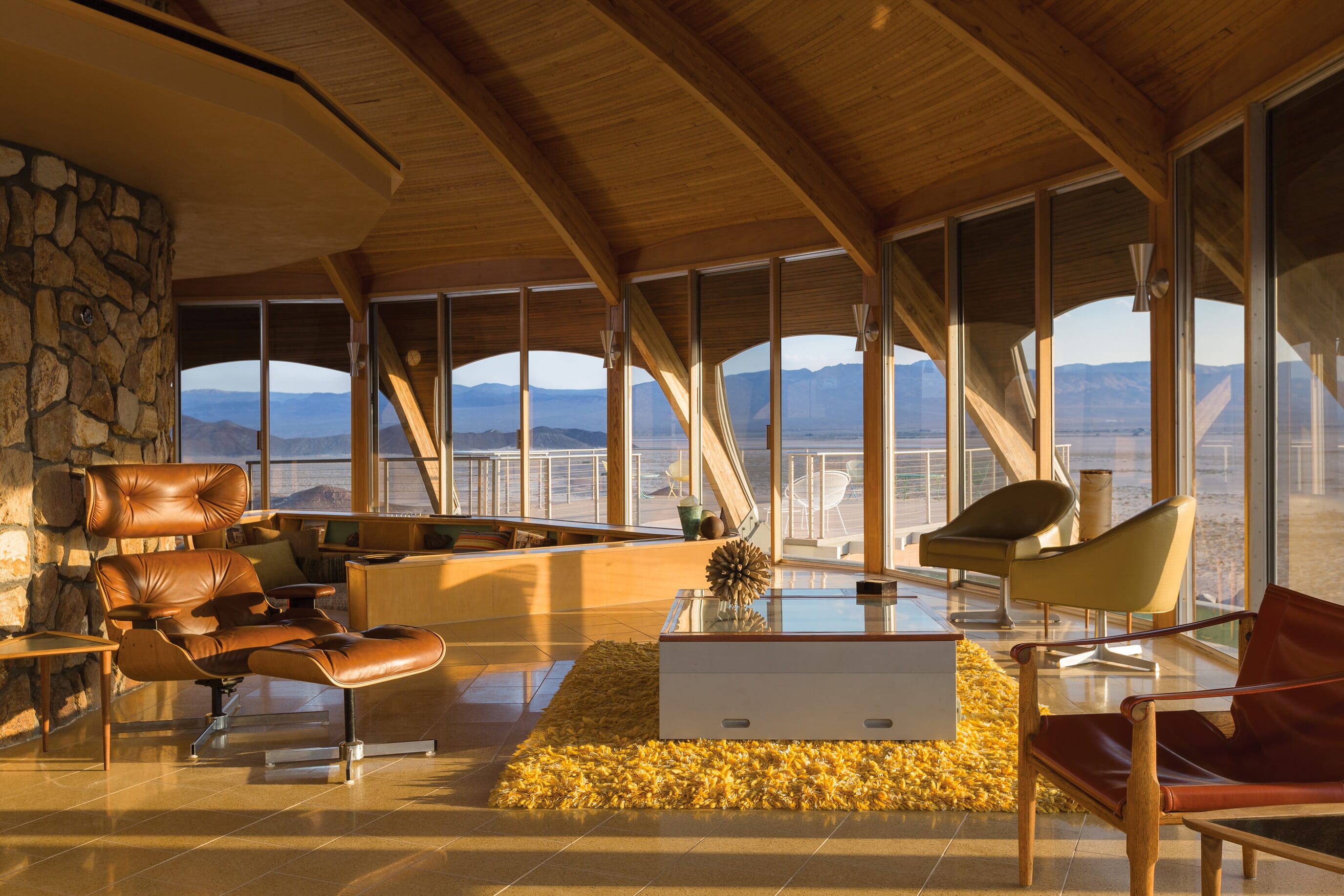 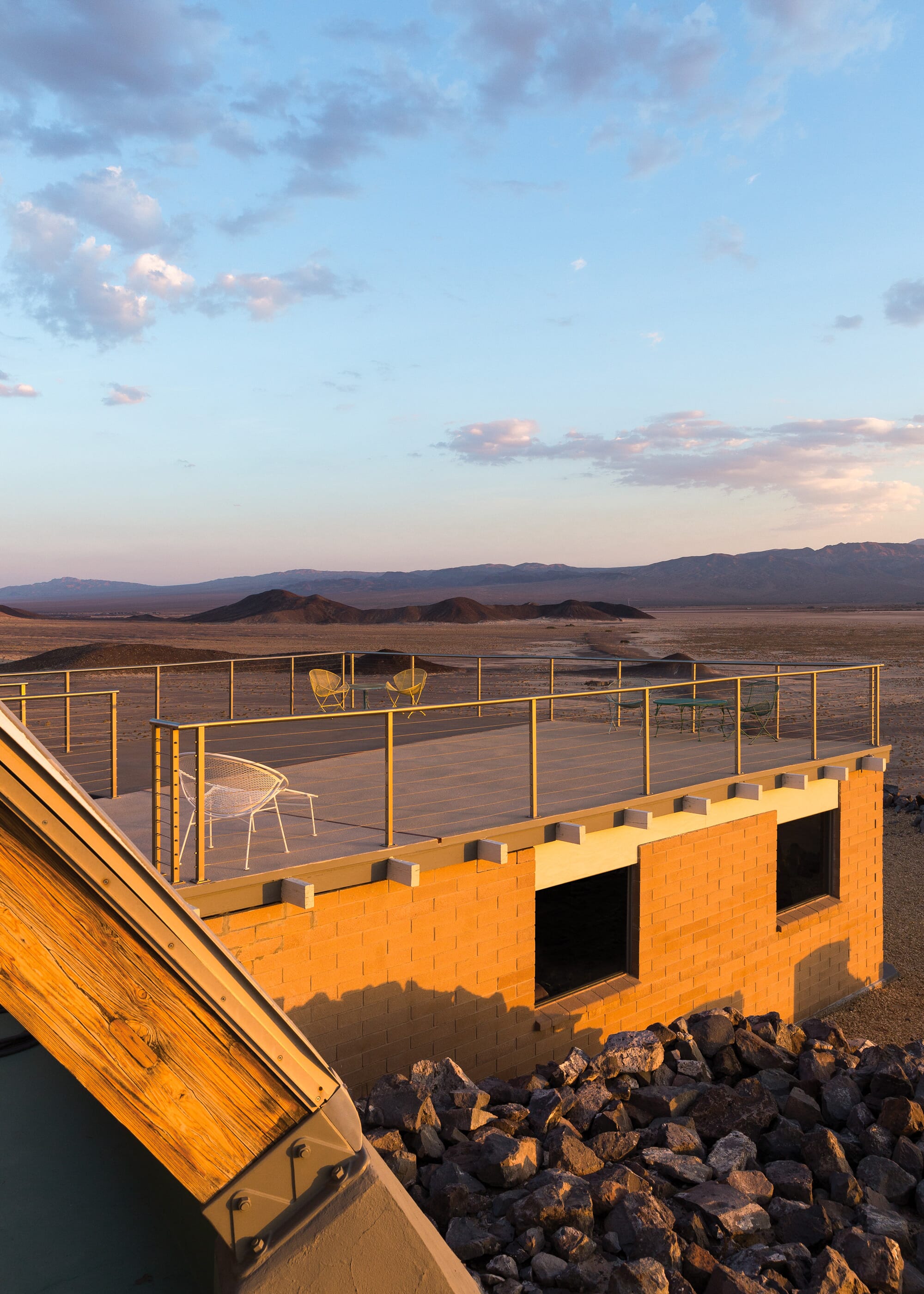 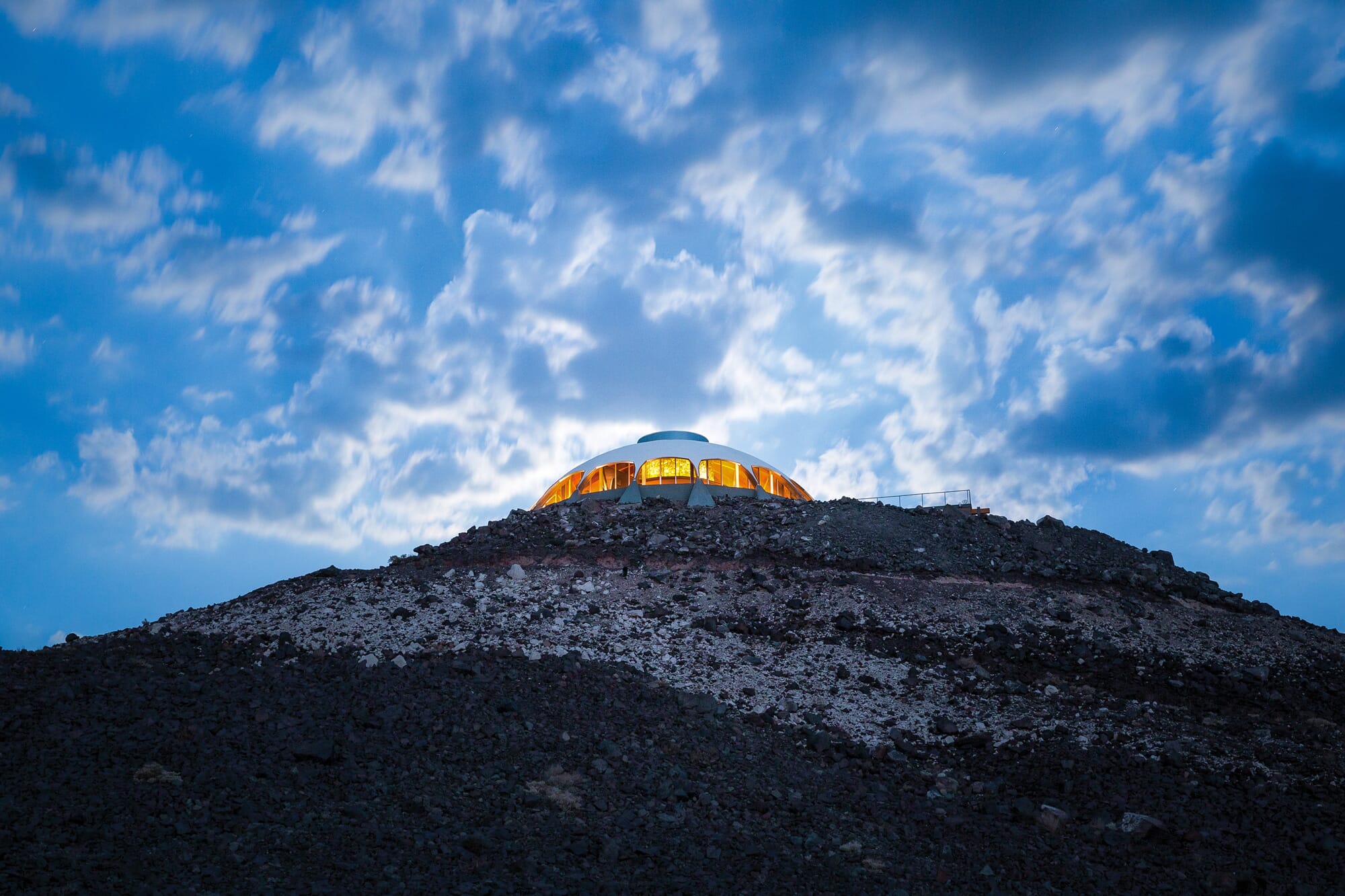 Internally, Gerber reveals an open-plan living space that is defined by its eclectic mix of mid-century design – most noticeably the iconic Eames Lounge Chairs. The interior is in fact its own time-defying treasure trove and it remains completely untouched, albeit momentarily lost, in the mysterious milieu of the desert.