“A man sooner or later discovers that he is the master-gardener of his soul, the director of his life.”

Film director Alejandro Landes uses the art of his craft to frame the Waterfront House in Miami with long sightlines, a minimal colour palette and an intricate blend of symmetric and asymmetric design.

Facing a number of challenges in the construction of the home, none more so than the Waterfront House being his first ever design, the house was restricted to less than an acre of space and was also forced to comply with the Miami construction codes of limiting windows on southern exposures.

The result, is the spectacular 20,000 square-foot Waterfront House that combines an eclectic mix of influences from tropical and Japanese designs in to a clean and contemporary home on the Biscayne Bay.

“The idea of the house is a raw, exposed concrete frame, and inside you have a skin, which is teak, glass and white stucco, and these big spans of balconies,” explains Landes. “I wanted to create this seamless indoor-outdoor experience, a place that was expansive, where you’d feel that cliff-like suspension.”

Landes' imaginative and elaborate concept is signified by the dramatic entrance of the house, as you immediately pass through an imposing 10ft revolving door decorated with a twisting trellis made of greenheart wood. The sense of prestige continues throughout the home, as a floating staircase, which appears impossibly suspended, leads up to the home’s interior, while a stretching hallway opens up to a patio underneath the overhanging house.

Downstairs, the sense of grandeur is focused upon the neighbouring bay, with a 60ft-wide window section opening up the interior to the sights, sounds and tranquility of the landscape. With the home’s relationship with nature enhanced through the focus of openness; as large sliding glass walls in the living areas and bathrooms open up the interior entirely to the seascape.

Combining the comfort and simplicity of modern architecture with spectacular touches of innovation, the Waterfront House is an atmospheric and unique example of 21st century design. Take a closer look at the entire property below. 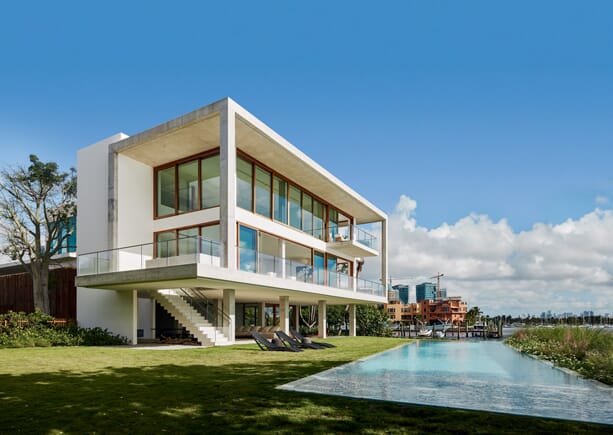 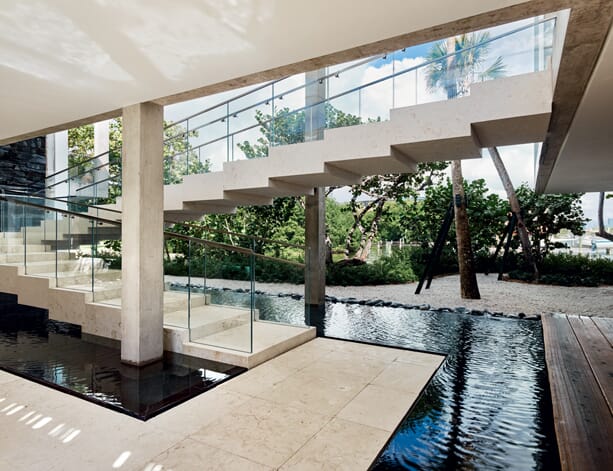 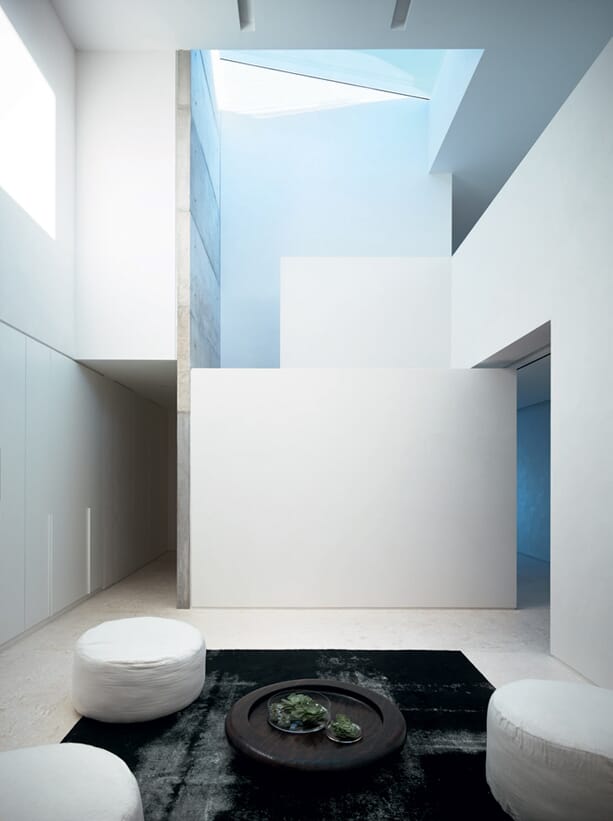