'Without Walls' Home by Jo Nagasaka

You’d be forgiven to acknowledge that the installation of walls are one of, if not the, most practical and imperative element of constructing a new home. We say this as Japanese architect Jo Nagasaka has teamed up with design firm Schemata to create a contemporary home void of all walls.

Taking on a whole new approach to minimalism, Schemata decided to breathe new life into a traditional two-story house by stripping it down to its most skeletal form, and then just leaving it in that very state.

Located in Satiama, Japan, the idea behind the project had been conceived by its original owner, in an effort to maintain its original 20th century origins but in the same instance, providing a versatile, modern feel.

Consequently, the house itself keeps the façade of the original structure and is intersected by a much more contemporary aesthetic, providing a lighter, airier feel to the environment. Enhancing the project even further, the entire floor on the second story was removed to create a makeshift atrium that inundates the home with natural light.

Each individual room possesses a different taste and feel, with the uniquely shape windows exemplifying the design quirks.

Despite the extensive renovation, what remains is a home that stays true to its mid-20th-century origins and updates those characteristics with modern innovation to restore many of the original design virtues. Refined with white interior walls and a neutral coloured décor the house has a lived in, rustic appeal that creates a comfortable living quarters.

A simple renovation, yet a true design revelation. 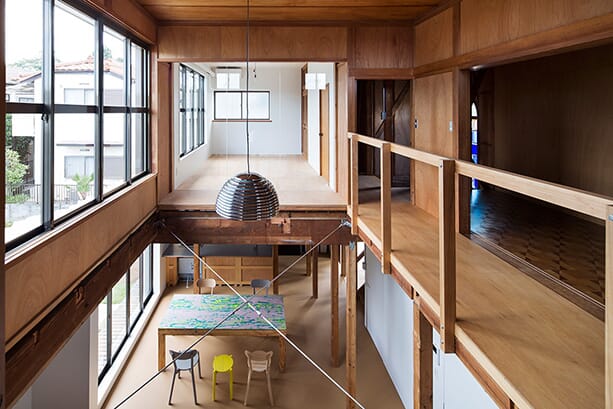 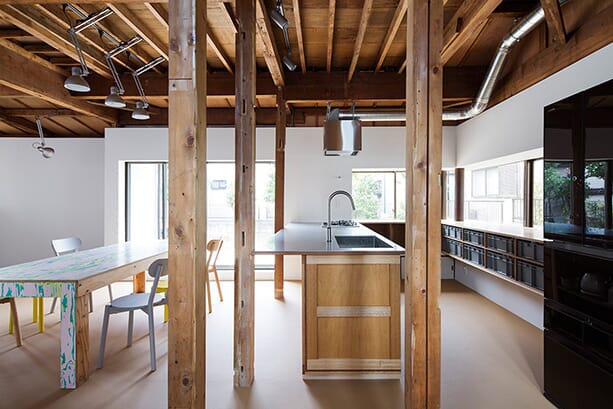 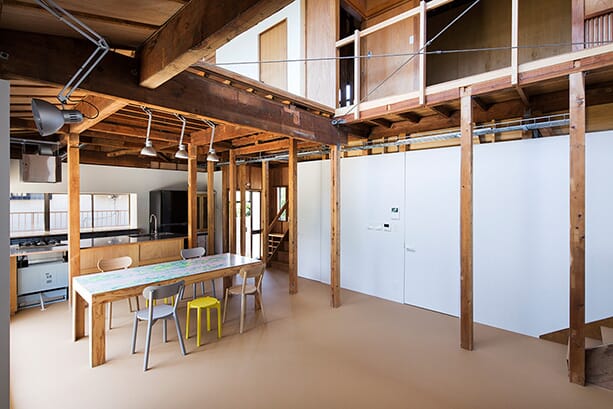 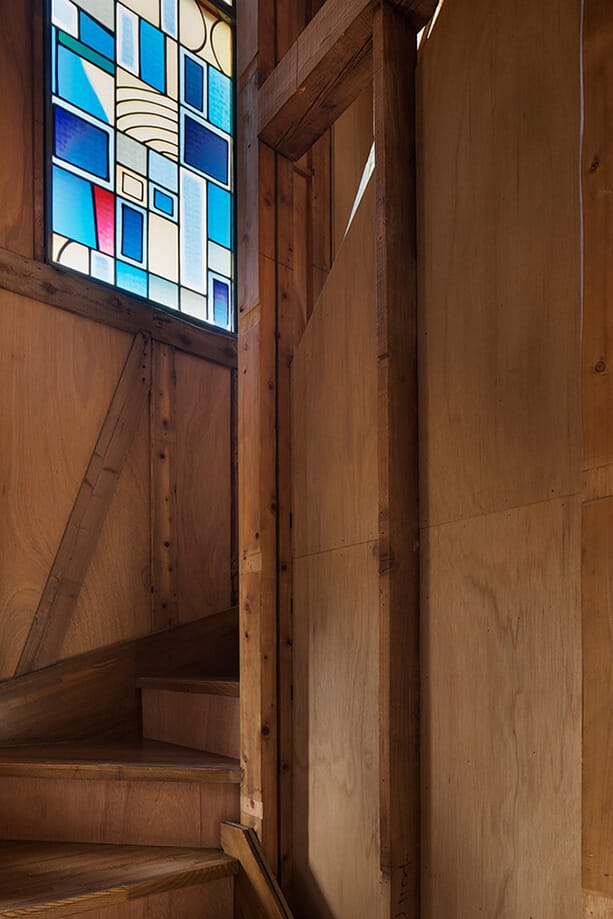 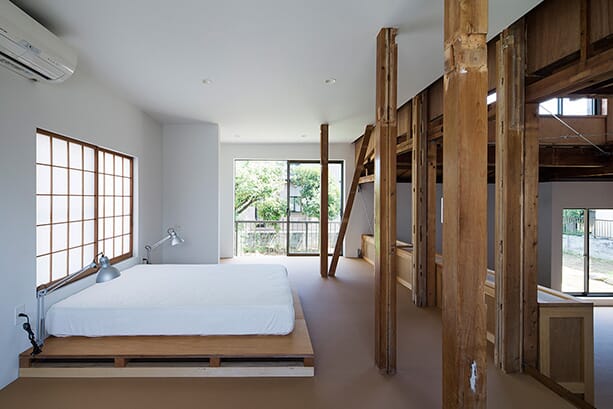 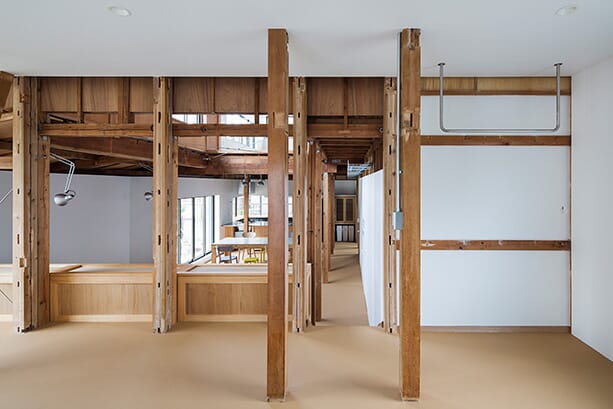 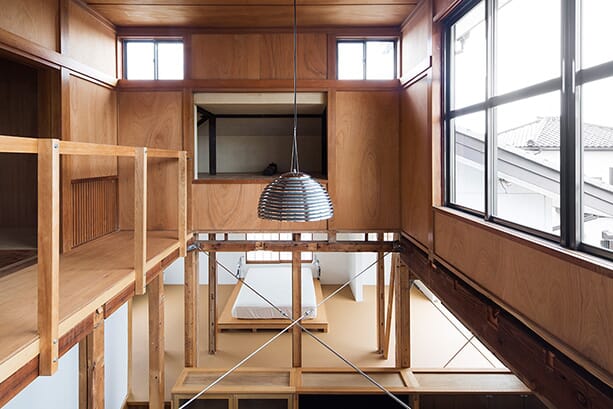