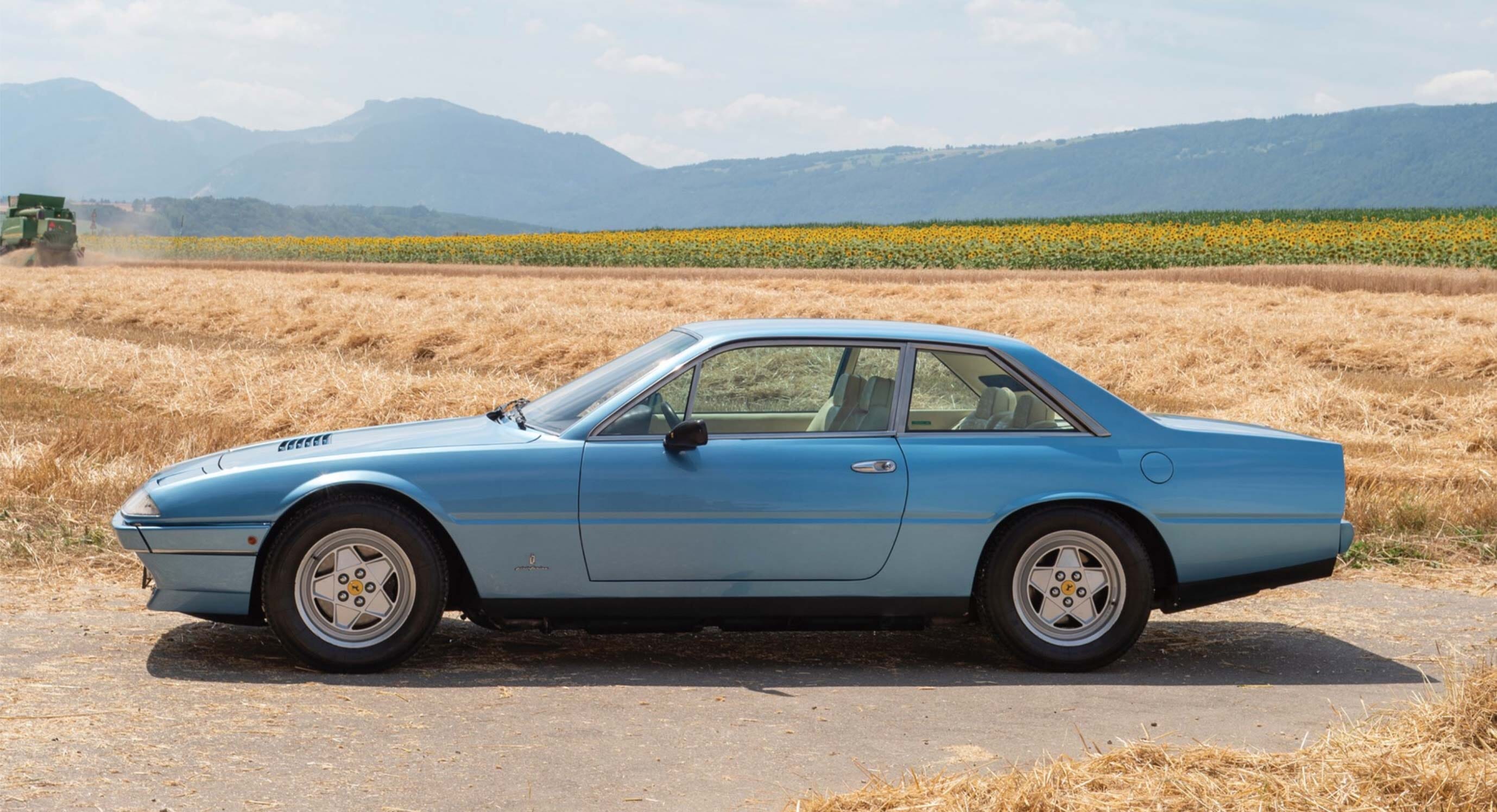 Sam Hancock’s take: Ferrari’s flagship grand tourer of the early eighties has always been ‘Marmite’ to taste, you either love or loathe the angular Pininfarina styling. Personally, I’ve always loved it and deeply covet the earliest incarnation of this car: the 1972 365 GT4 2+2. But while early cars may espouse the designer’s vision in its purest form, they also tend to be the most troublesome. This 412 by contrast is a late car that will be better to drive and probably more reliable than its predecessors. If you’re unconvinced by the looks, go watch the opening sequence to Rain Man or Daft Punk’s Electroma music video… 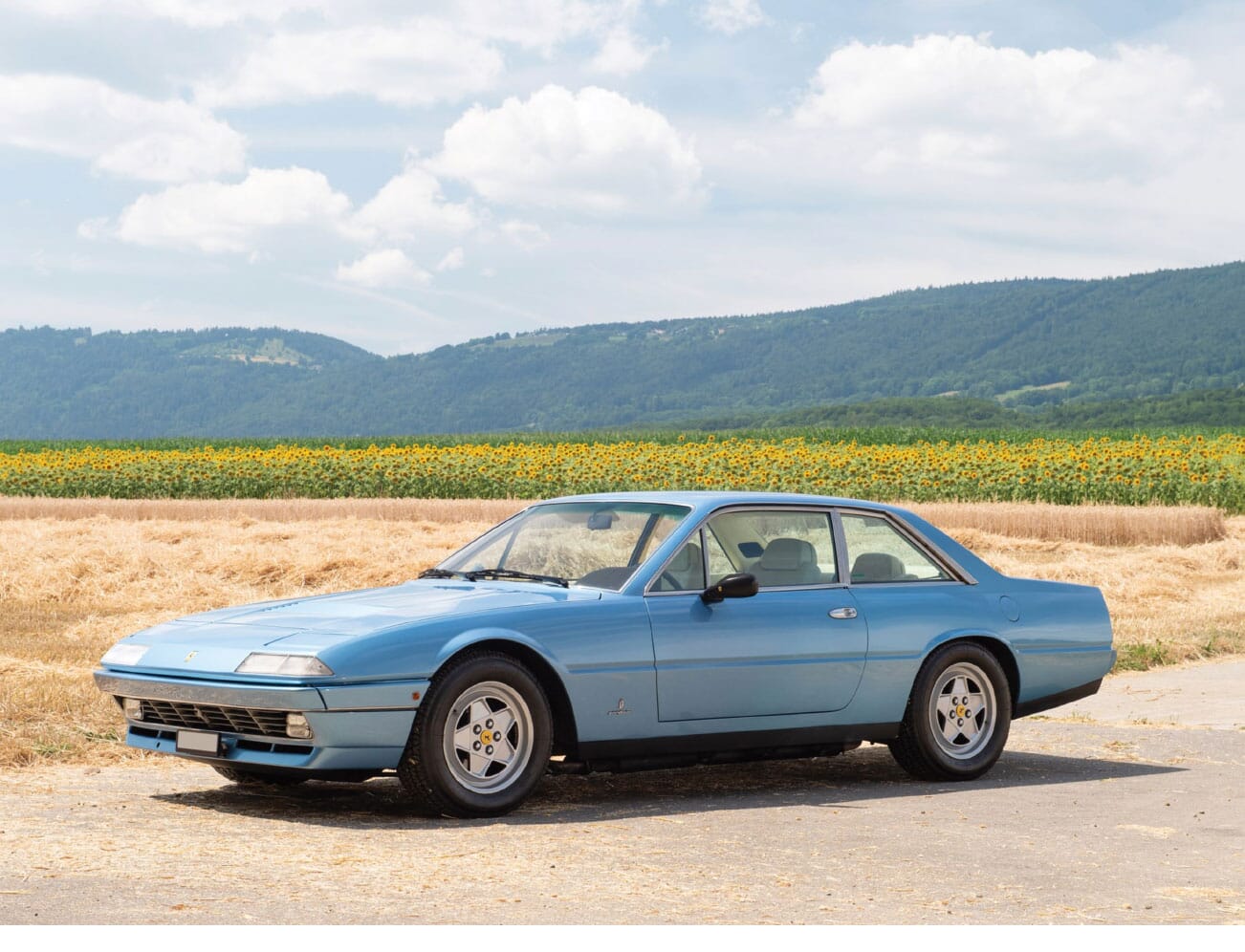 This 1986 Ferrari 412 sees several updates from the earlier 400i. The design was refined by Pininfarina to incorporate a higher boot-line and a deeper front air dam. This increased luggage space and aerodynamics. Other changes included redesigned sill panels, body-coloured inserts and a new wheel design. 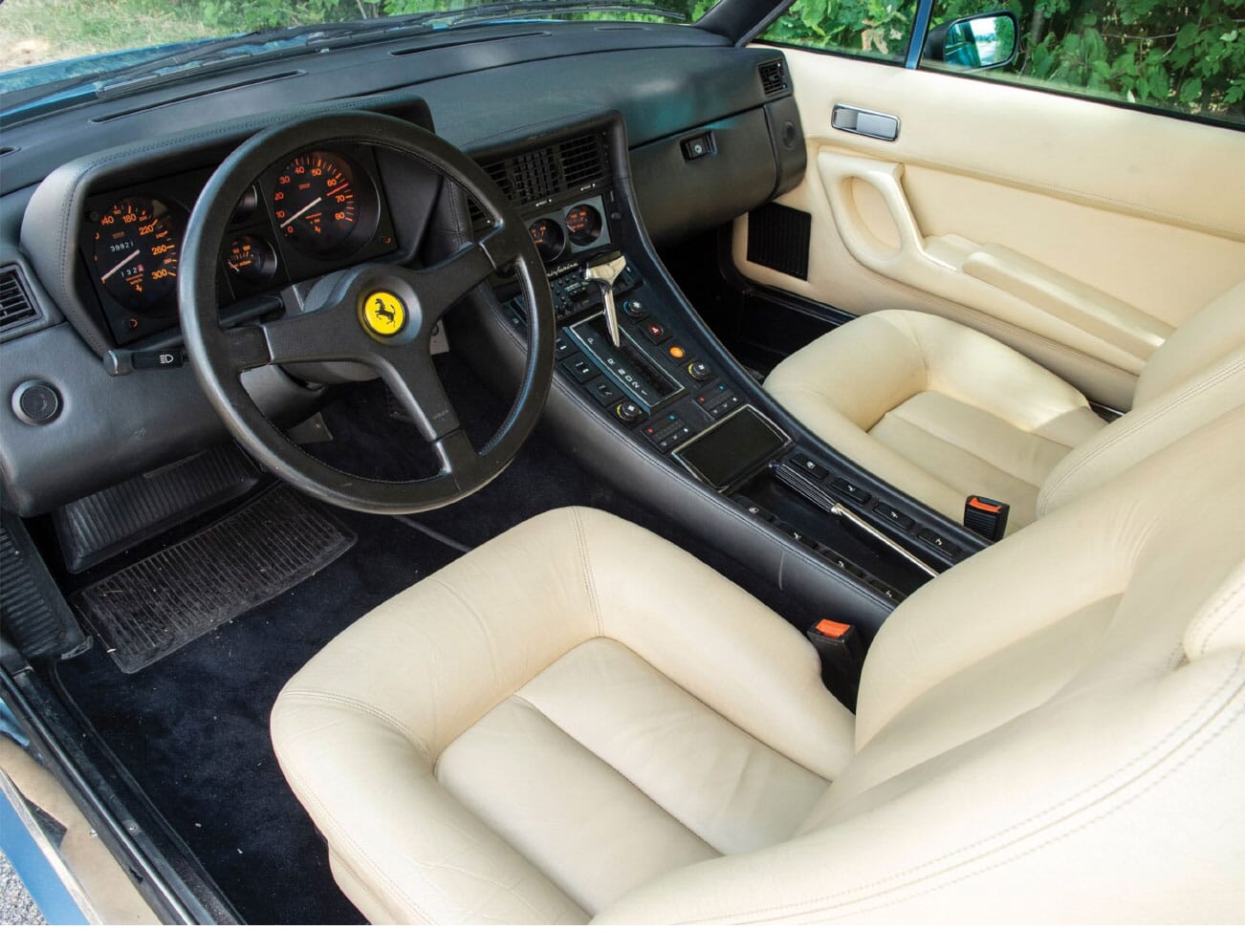 With regards to the engine, the new V12 afforded 340bhp which pushed the 0-60 to a solid 6.7 seconds. The smooth leather-clad cabin combines with a comfortable 150mph flat out to ensure that cross-continental journeys are virtually stress free.

The 1986 Ferrari 412 was delivered to its first owner in Venice in may 1986. It still presents its original light blue paintwork and cream leather interior in near-perfect condition. The car’s most recent official service is listed in 2013 and since then the car has done less than 5,000 km. 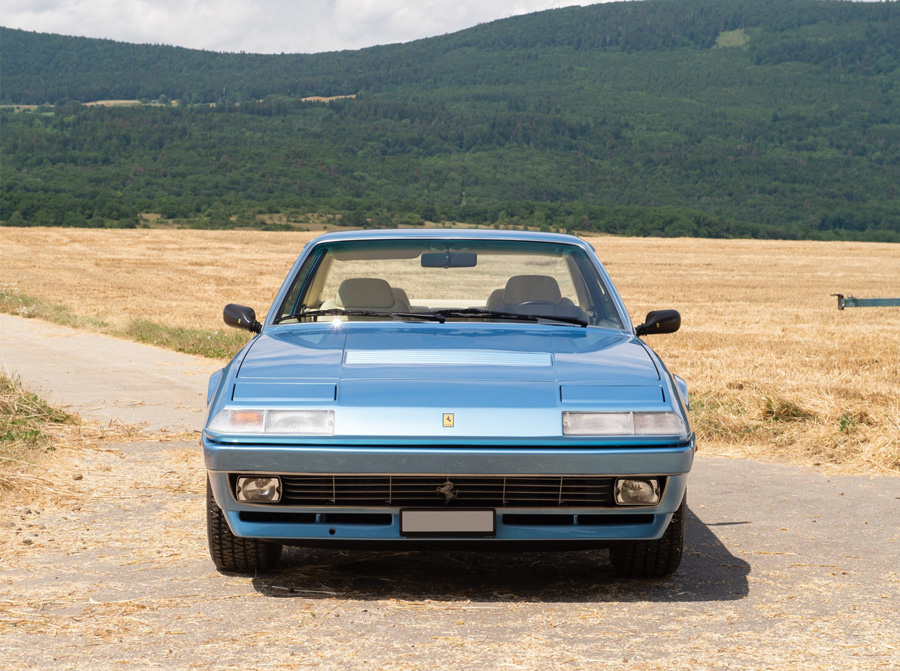 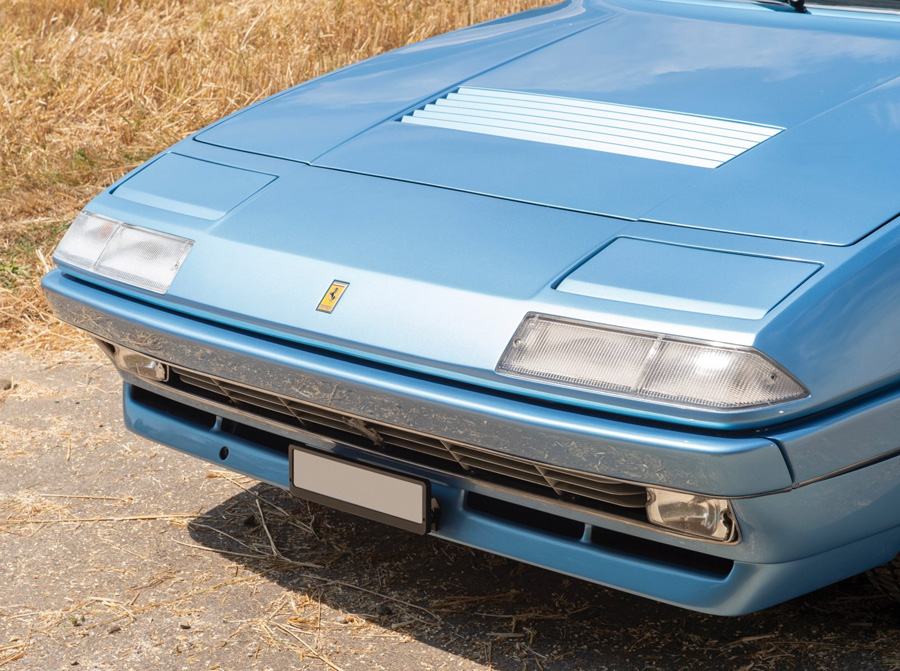 Unfortunately, this Ferrari 412 sold at RM Sotheby’s most recent auction in London. Keep your eyes peeled though, it could be yours next time. 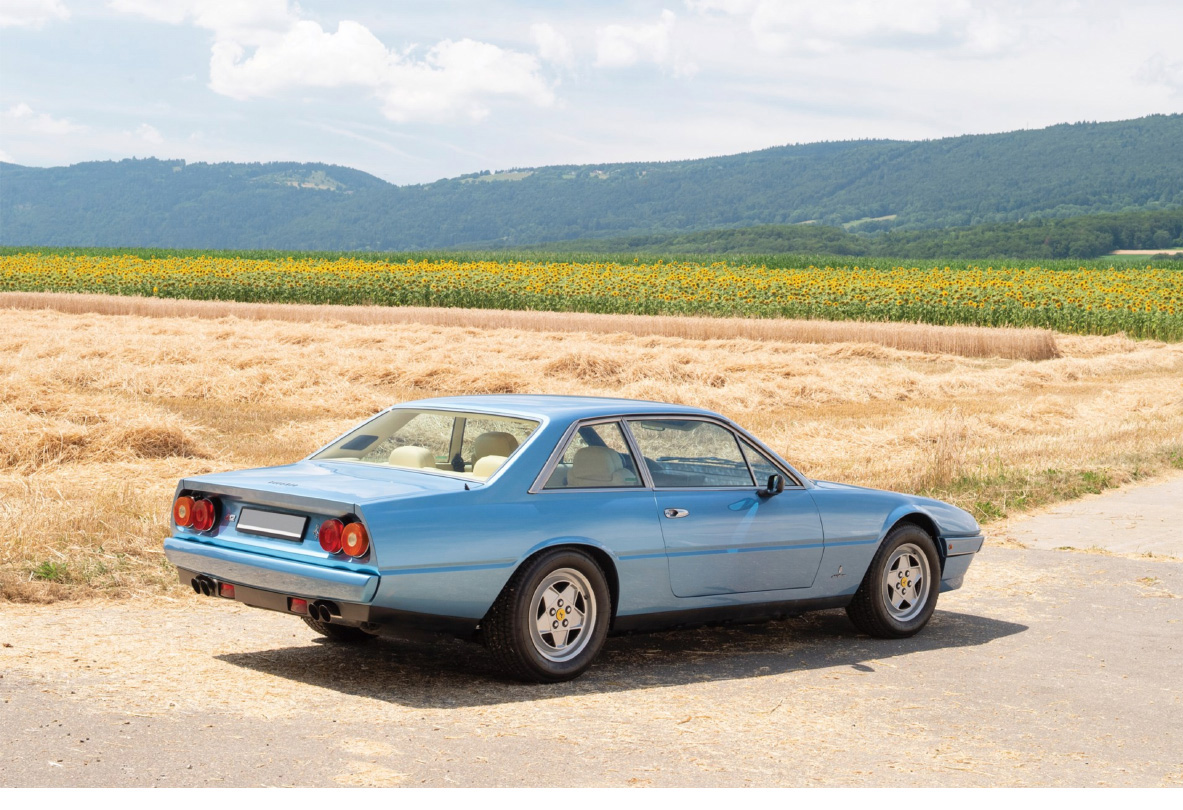