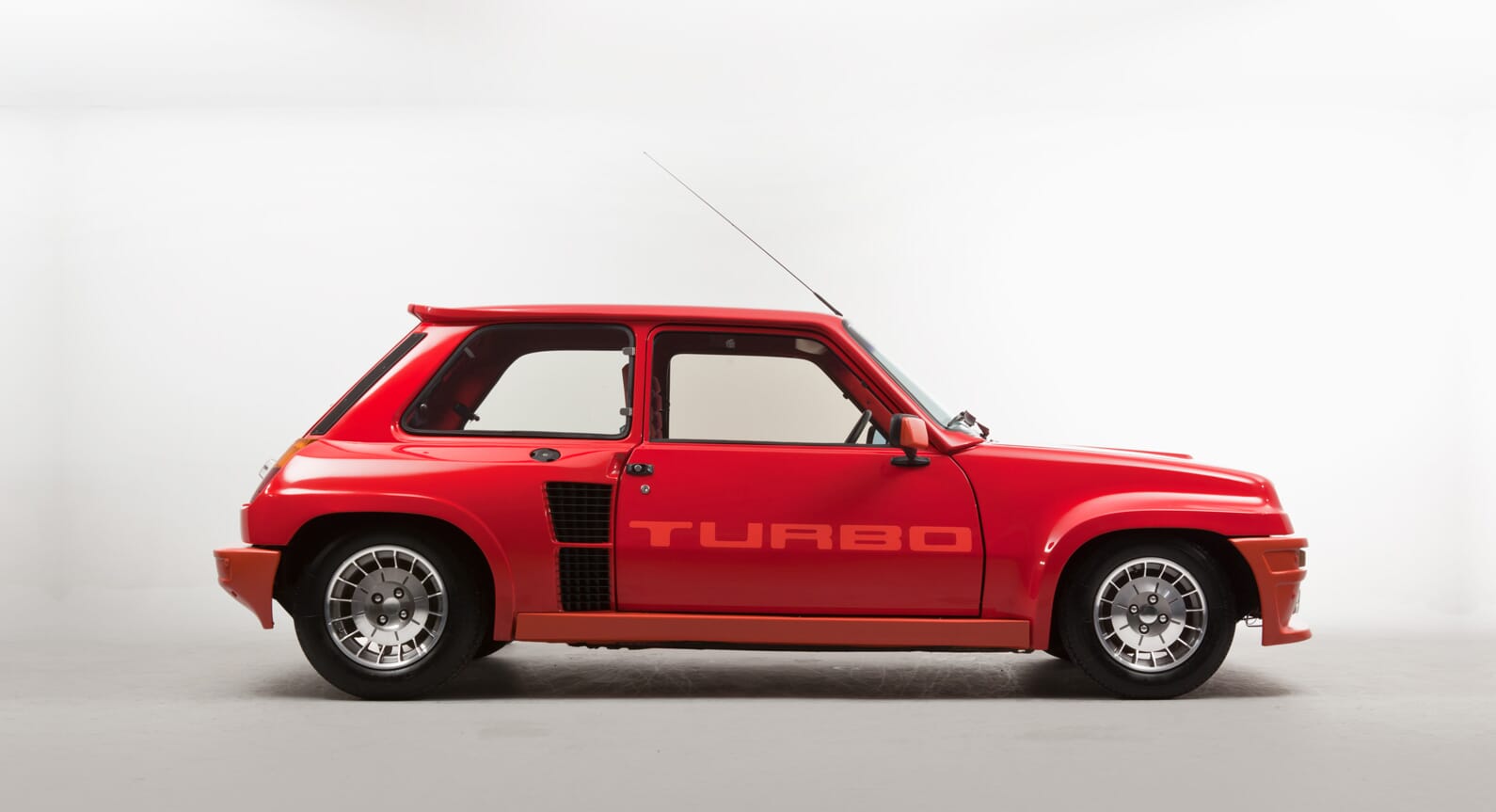 As you may well know, we regularly feature the latest and greatest motors from auctions around the world, but sometimes it’s not so easy to pick out just one to claim the crown of being the ‘Classic Car Find of the Week’. So this week, we searched high and wide, as per usual, and came out with three of the finest collector cars that you need to be putting into your garage. Below you’ll find an eclectic mix of the world’s best automobiles to suit all tastes; from a German pin-up, a white knight and a diminutive turbo.

The Renault 5 Turbo was a high-performance hatchback originally launched by the French manufacturers at the Brussels Motor Show in January 1980. Seven years after winning the World Rally Championship in 1973, Renault introduced the new R5 Turbo to the world as a pure homologation special to compete in Group 3 and 4 racing and international rally competition. The distinctive new rear bodywork of the R5 was styled by Marcello Gandini and although the standard Renault 5 had a front-mounted engine, the 5 Turbo featured a mid-mounted 1397cc turbocharged engine. At its time of launch, the Turbo 5 was the most powerful production French car of the era and today, complete with its audacious red exterior and correct contrasting bumpers, side skirts and door mirrors in satin orange, it represents one of the most enjoyable cars to drive. 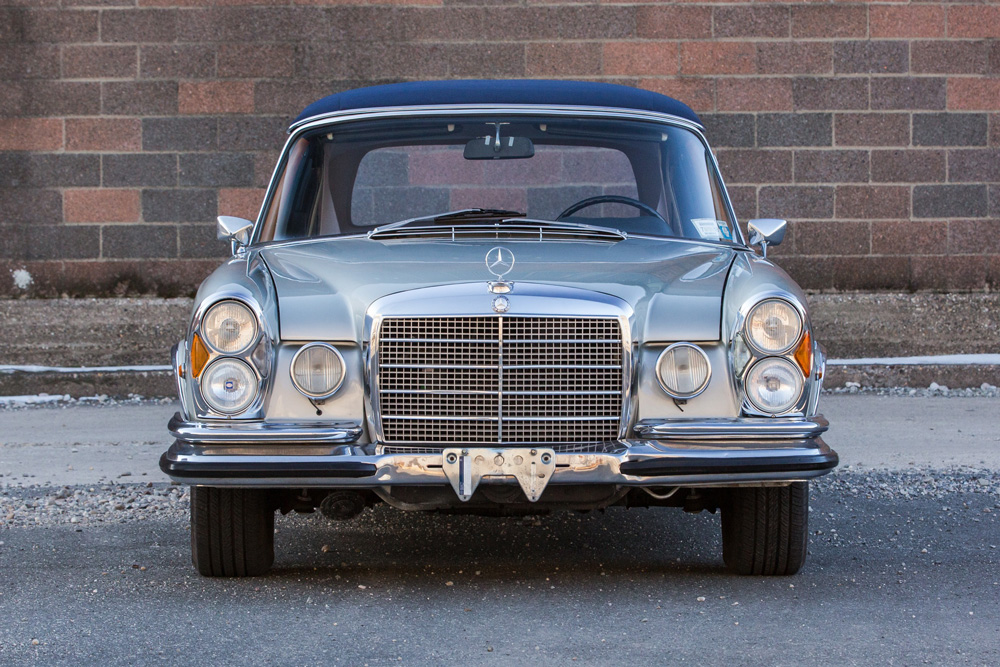 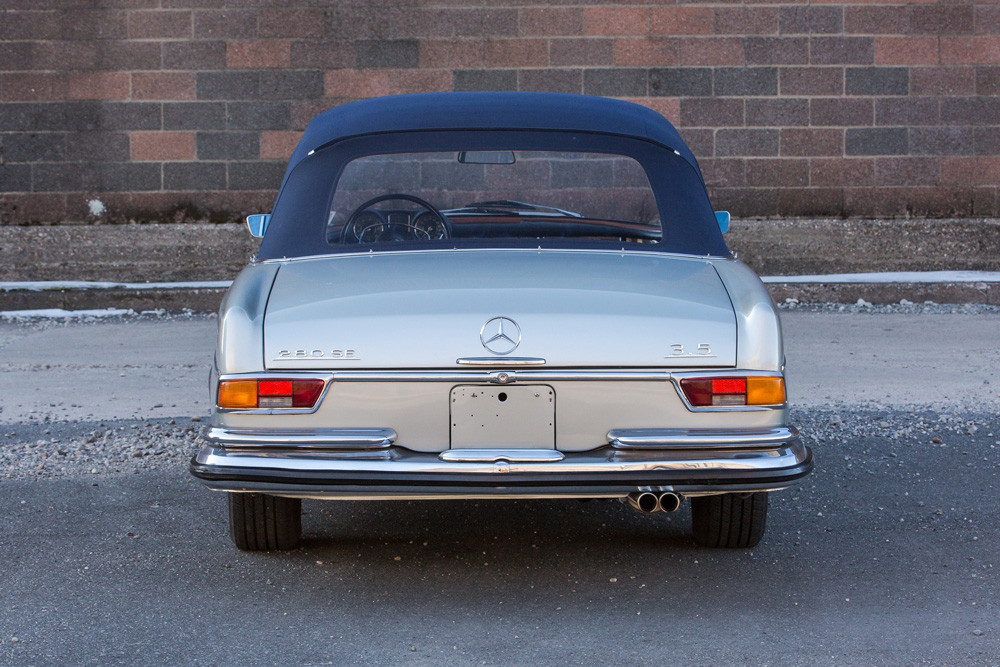 The Mercedes-Benz 280 is one of the most significant Mercedes of all-time as it was the model that spearheaded the German automaker’s move into a new era of motoring design. The improved engine of the 280 E was carried over from the previous generation and it was handed an extensive restoration to ensure it was bigger, stronger and more refined than ever before. Produced in 1971, this particular 280 SE represents one of the finest models on the market; besides minor scratches and imperfections on the chrome accents, the 46-year-old remains in its original factory colours of silver with a navy blue soft top. Just in case you needed an excuse to ride in a collectable convertible this August that is.

Marcello Gandini is responsible for some of the finest automotive designs of the last fifty years, and this 1991 Lamborghini Diablo showcases his simplistic and majestic design focus better than any of his creations. The svelte, sloping profile looks even better under the pristine white paint job and although it is missing the rear spoiler, this particular model comes with an extremely rare Diablo option – a Breguet Chronometer, fitted to the dashboard at the cost of 10,500 US dollars. What is more, this 1991 all-white edition has previously only had one owner and has only covered just 598 miles from new – which makes it a raging bull in the waiting.