A Closer Look At The Latest Basquiat x The Skateroom Decks 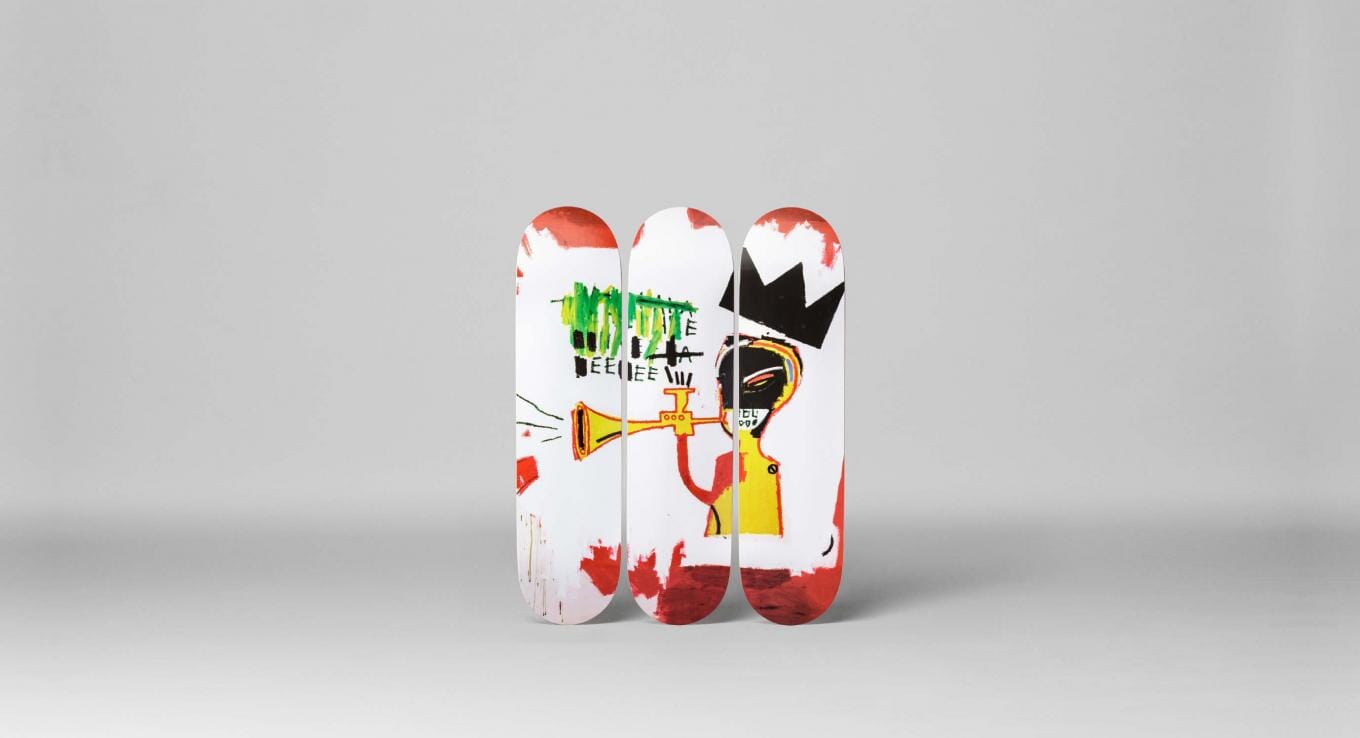 Claiming a piece of original art from your favourite artist is no easy feat, you know that. Just last week, the Estate of Jean-Michel Basquiat announced a posthumous release of 18-colour screen prints titled ‘Boxer Rebellion,’ a work initially created in 1982-83. In total, 60 prints of the piece sold out incredibly quickly, which, we’re afraid to say, is another opportunity that’s gone begging for you. There is a solution, though, thanks to The Skateroom. 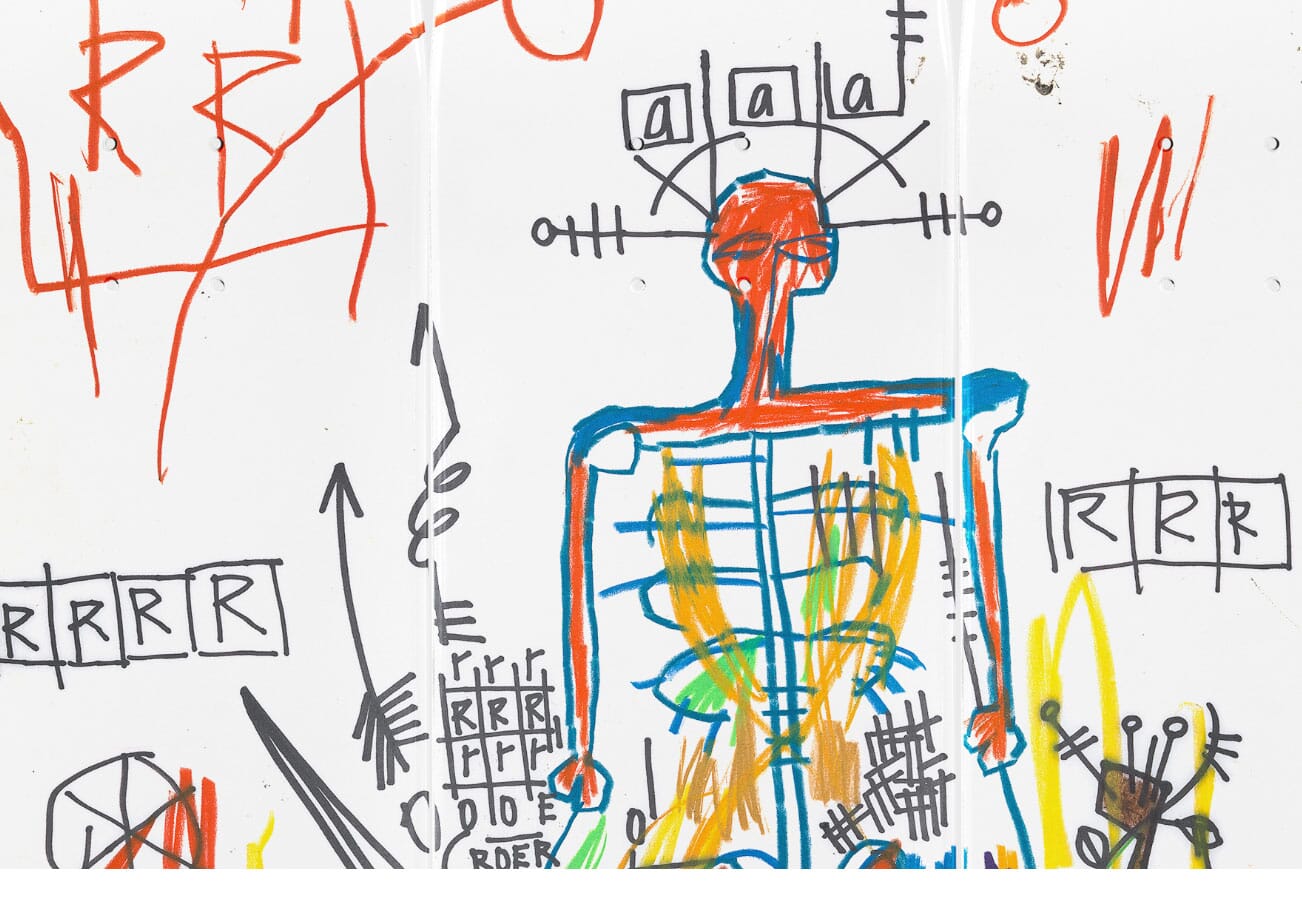 The exclusive The Skateroom x Basquiat collection takes on some of Basquiat’s infamous works such as Robot and Skull, amongst the lesser known motifs such as Demon and Trumpet which have been emblazoned on special edition triple skate decks for the very first time.

Tying together two complementary entities of art and street culture, the latest batch of limited-edition Basquiat and The Skateroom decks represents another successful chapter in the innovative social entrepreneurship who continue to produce limited-edition skate art that you simply can’t find anywhere else. Buying one not only helps support a range of social enterprises and charities across the world, but it also puts you a step closer to owning an original, limited-edition piece from your favourite artist in the process. You'll just have to be quick to get your hands on one. 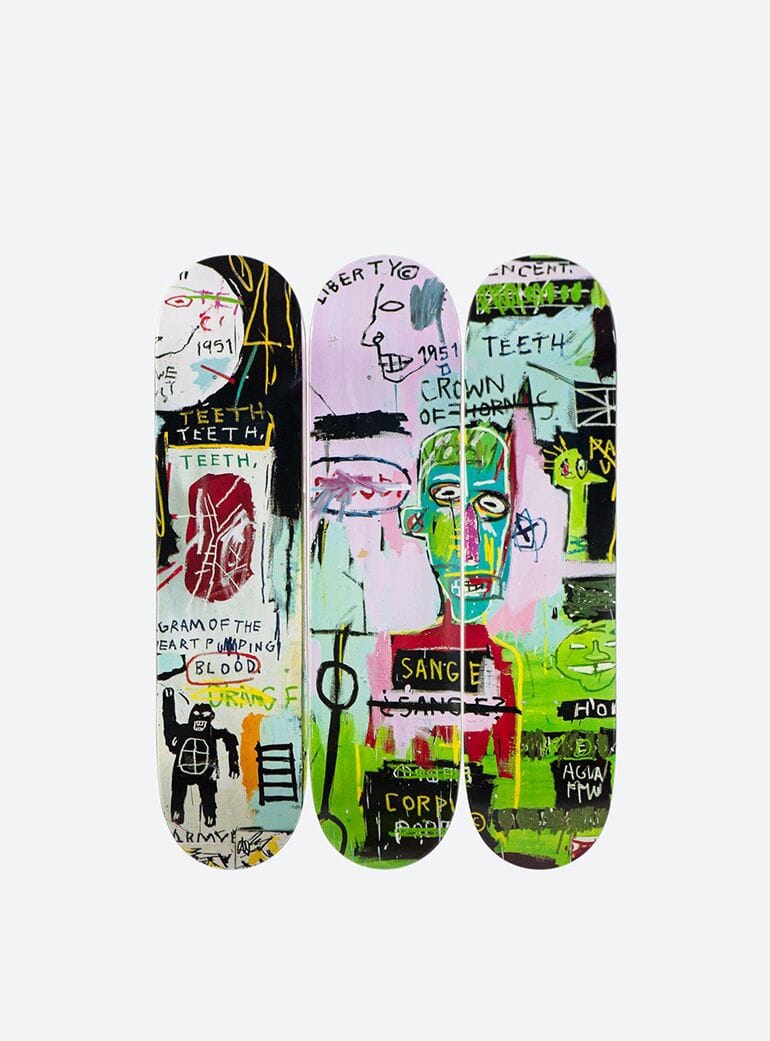 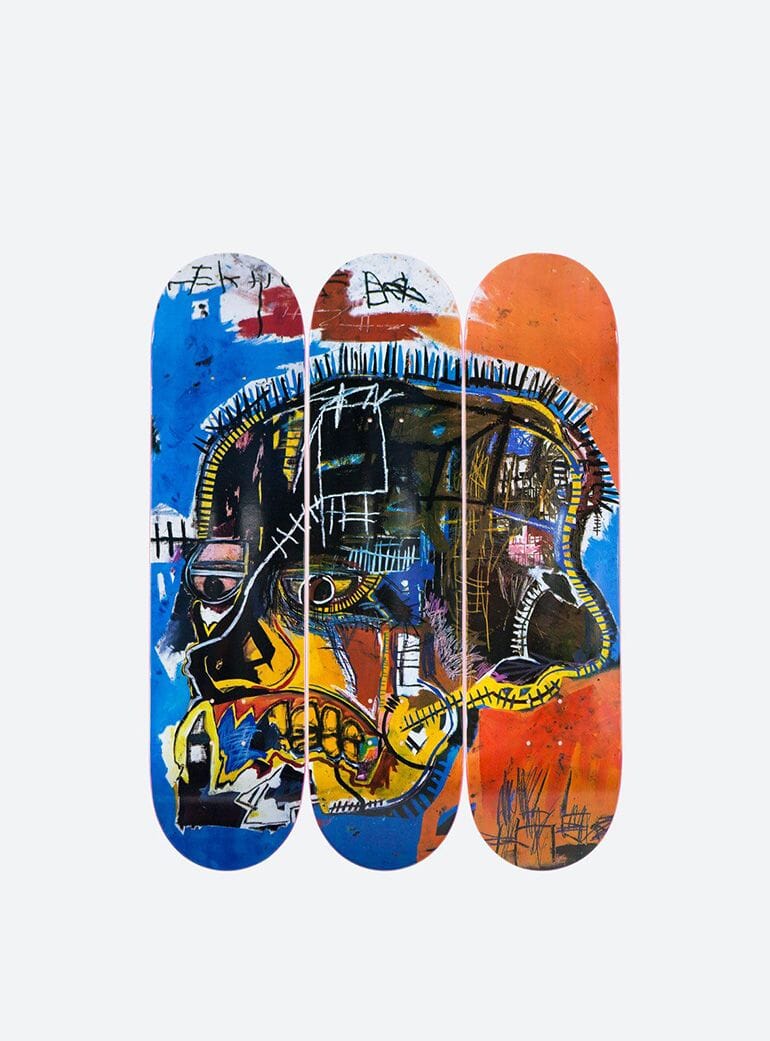