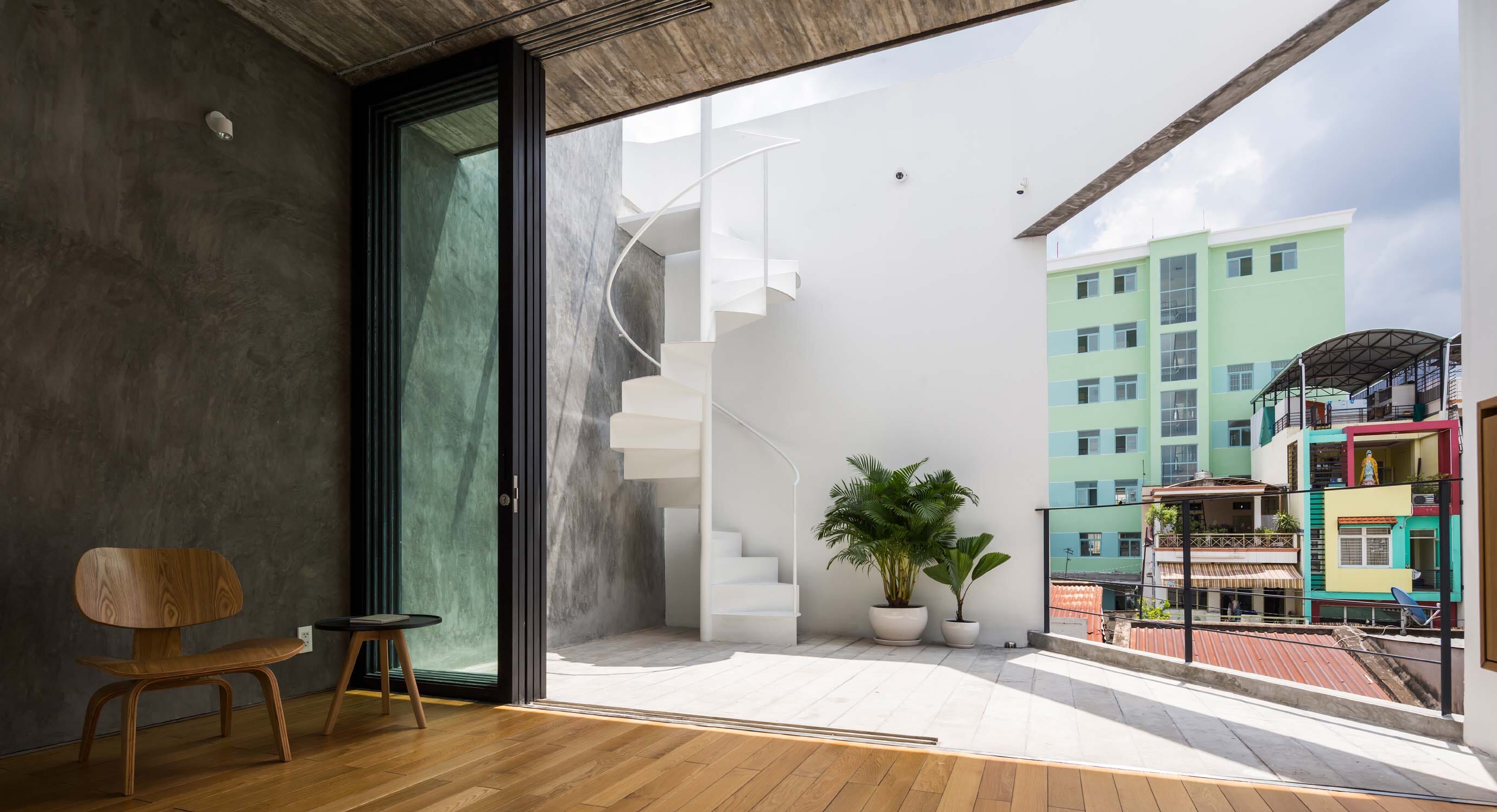 Envisaged as a ‘three-dimensional garden, where the wind and sunlight travels through every open entrance’, the NGA House, designed by Sanuki Daisuke Architects, offers a new idea of inner-city living. 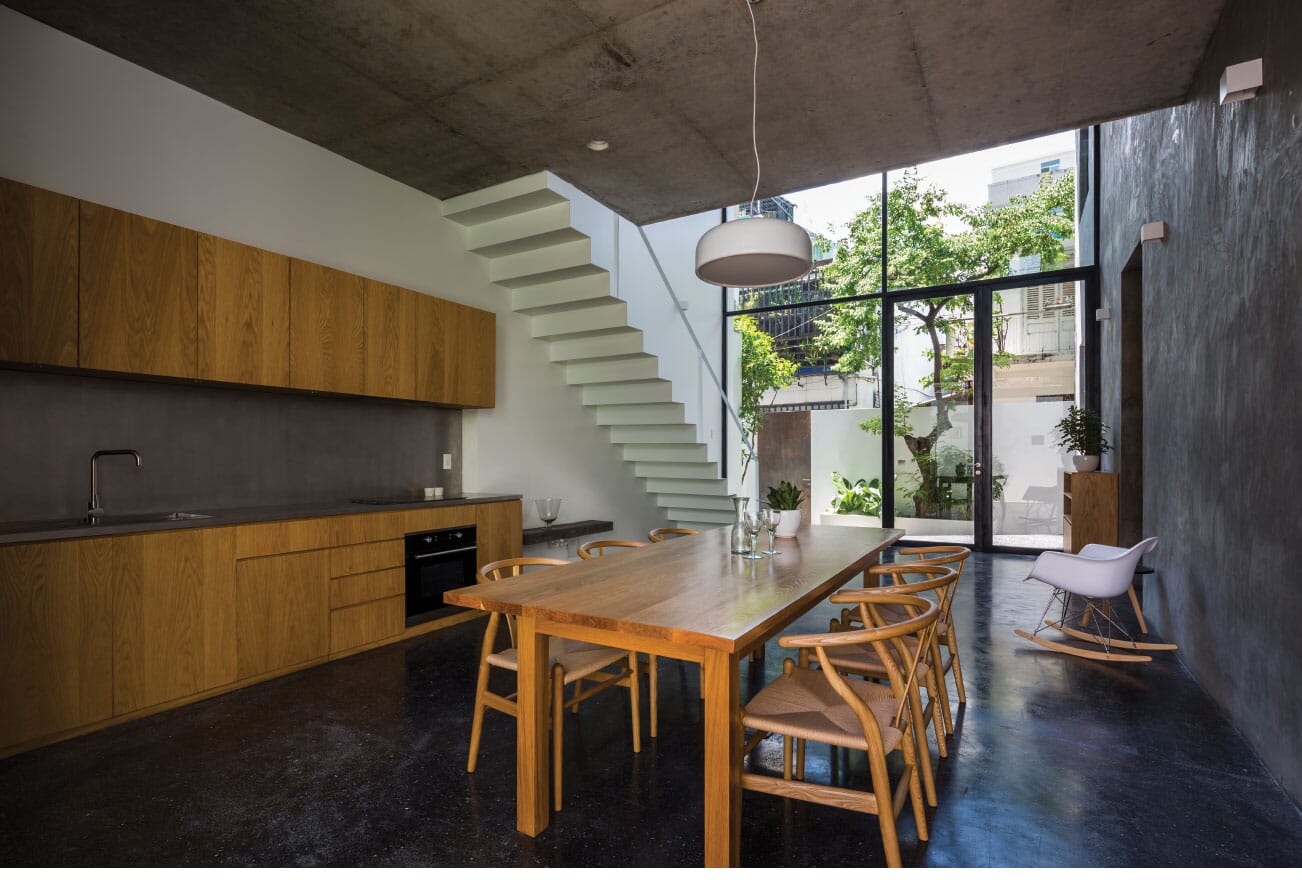 Surrounded by one to three-story buildings, where neighbouring houses cast shadows over one and other, the NGA House is a place of tranquillity. A multi-functional, modern family space that is filled with light, greenery and, most importantly, personality. 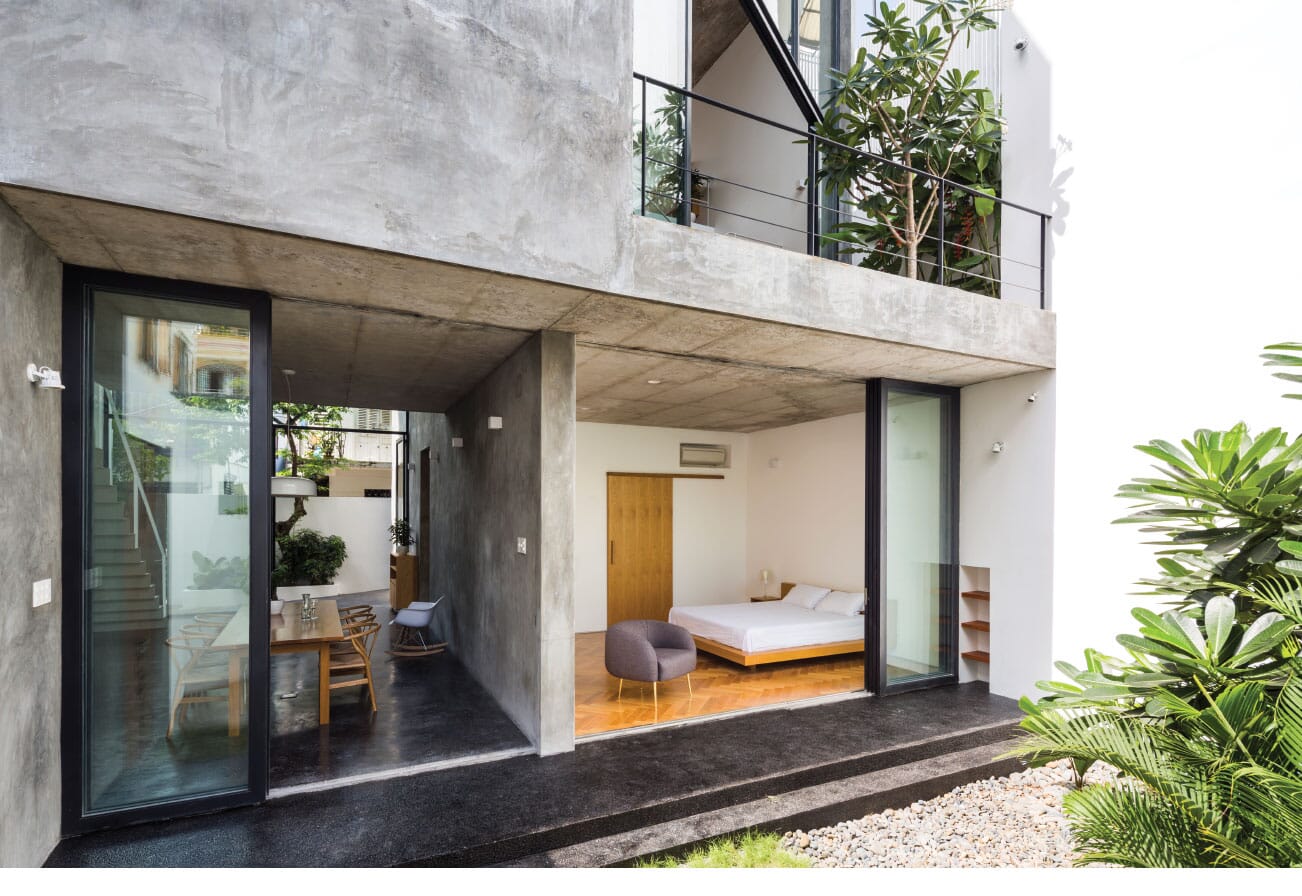 Sanuki Daisuke Architects filled the site with as large a volume as possible, then intuitively cut its corners according to sunlight studies that determined where light could effectively be brought in without overheating the interior. Comfort throughout the house is assured. 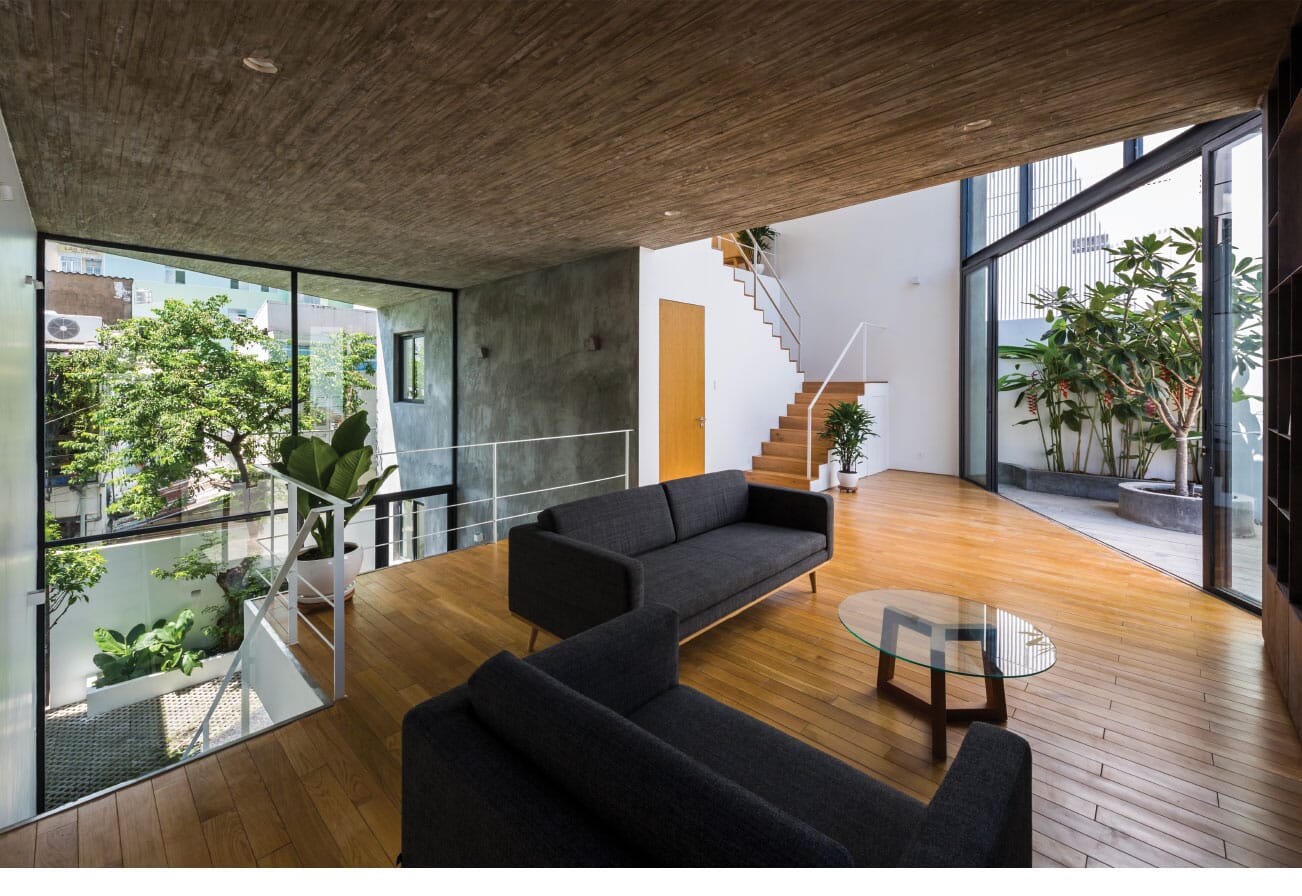 Elsewhere, the home’s common areas have also been opened up to avoid compartmentalisation and rigid living. These common spaces shift incredibly between single and double-height as it moves up the house. 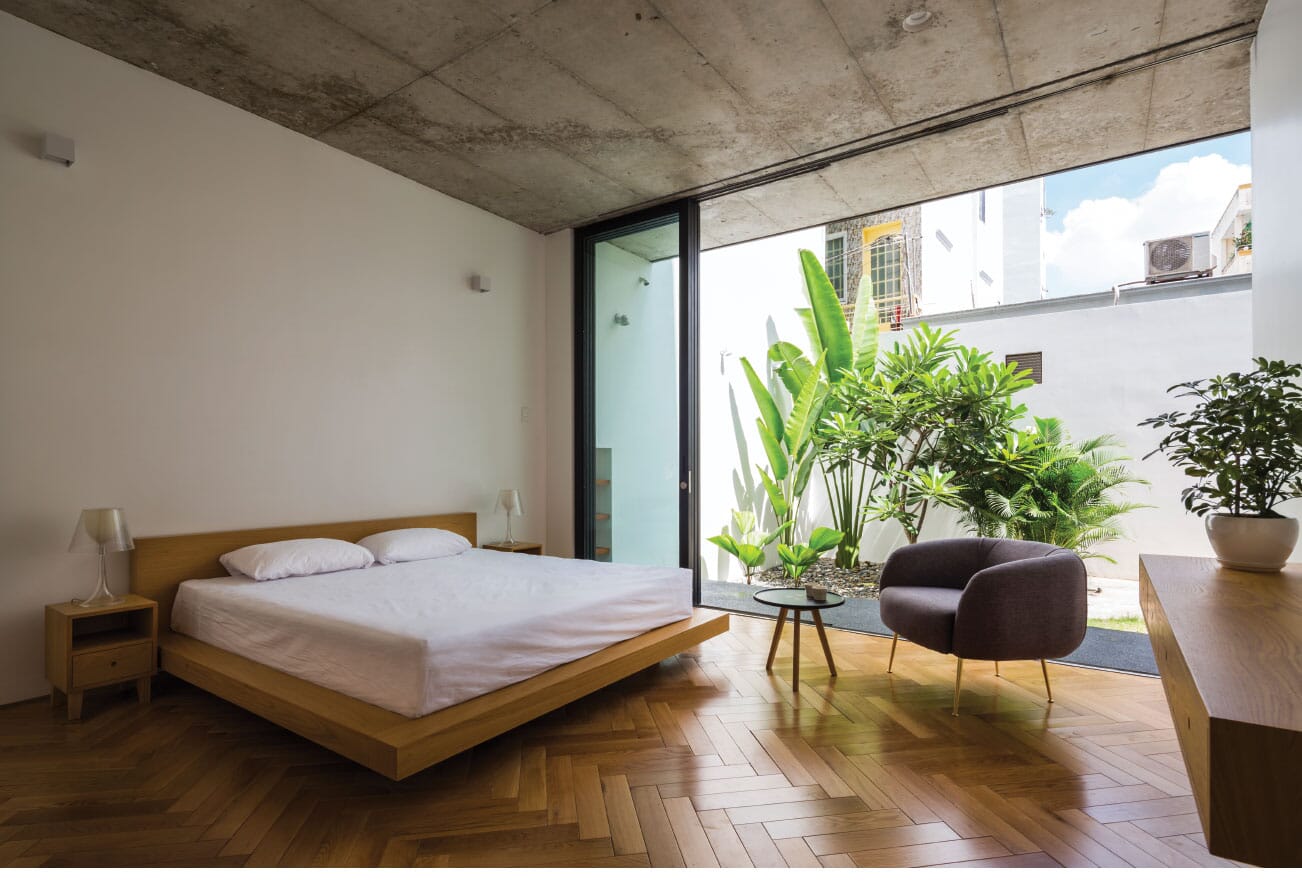 Despite its size, the house is incredibly spacious, too. A total of five bedrooms, spread across each floor, are arranged around this central space, and are enclosed to offer privacy.

In the common areas, special wall and floor finishes are carried in from the outside spaces to create what feels like a continuous flow throughout the space. The feeling is exaggerated by the inclusion of sliding windows which allow these areas to be almost entirely opened up to the outdoors, including at the rear of the house where a small garden has been added. 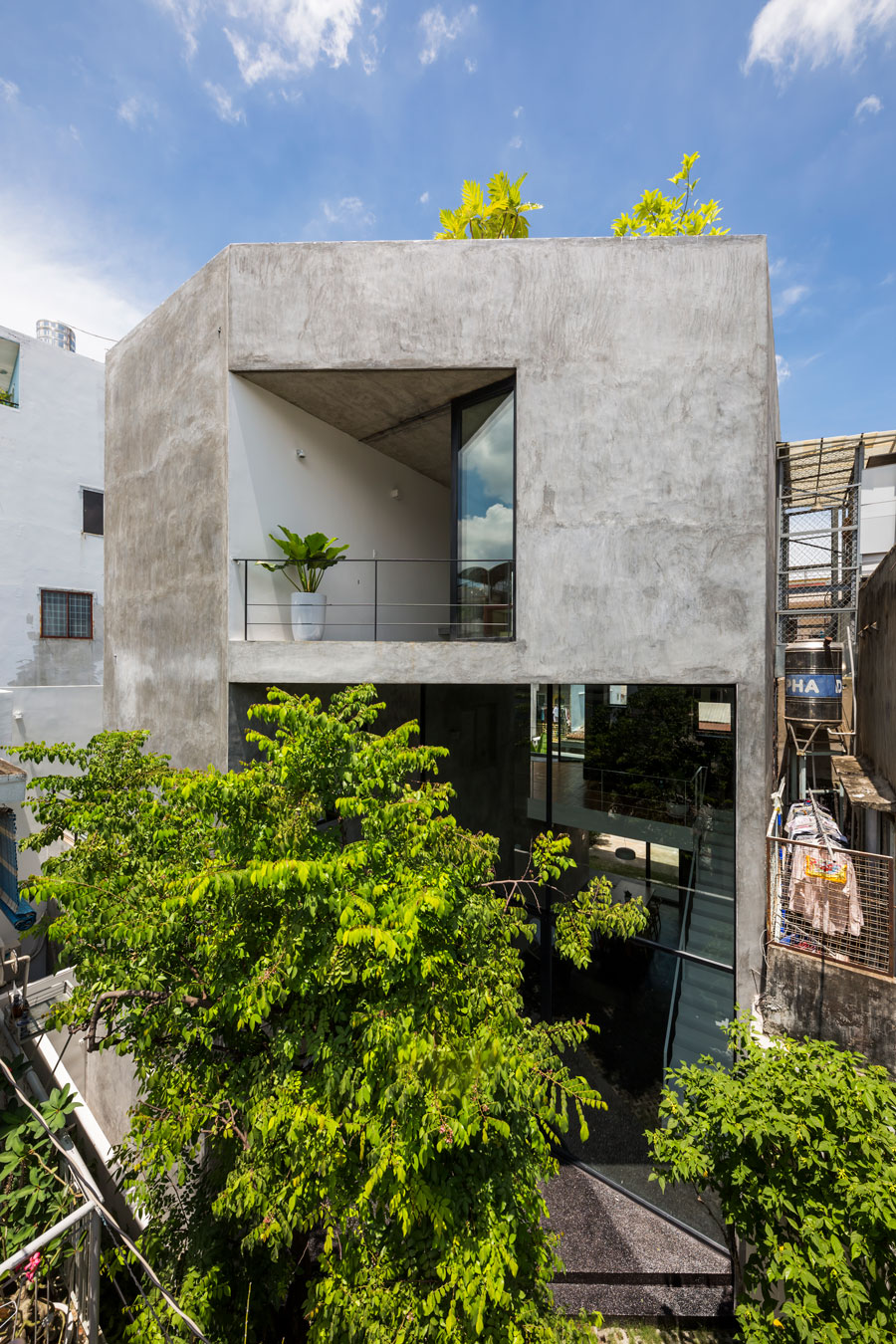 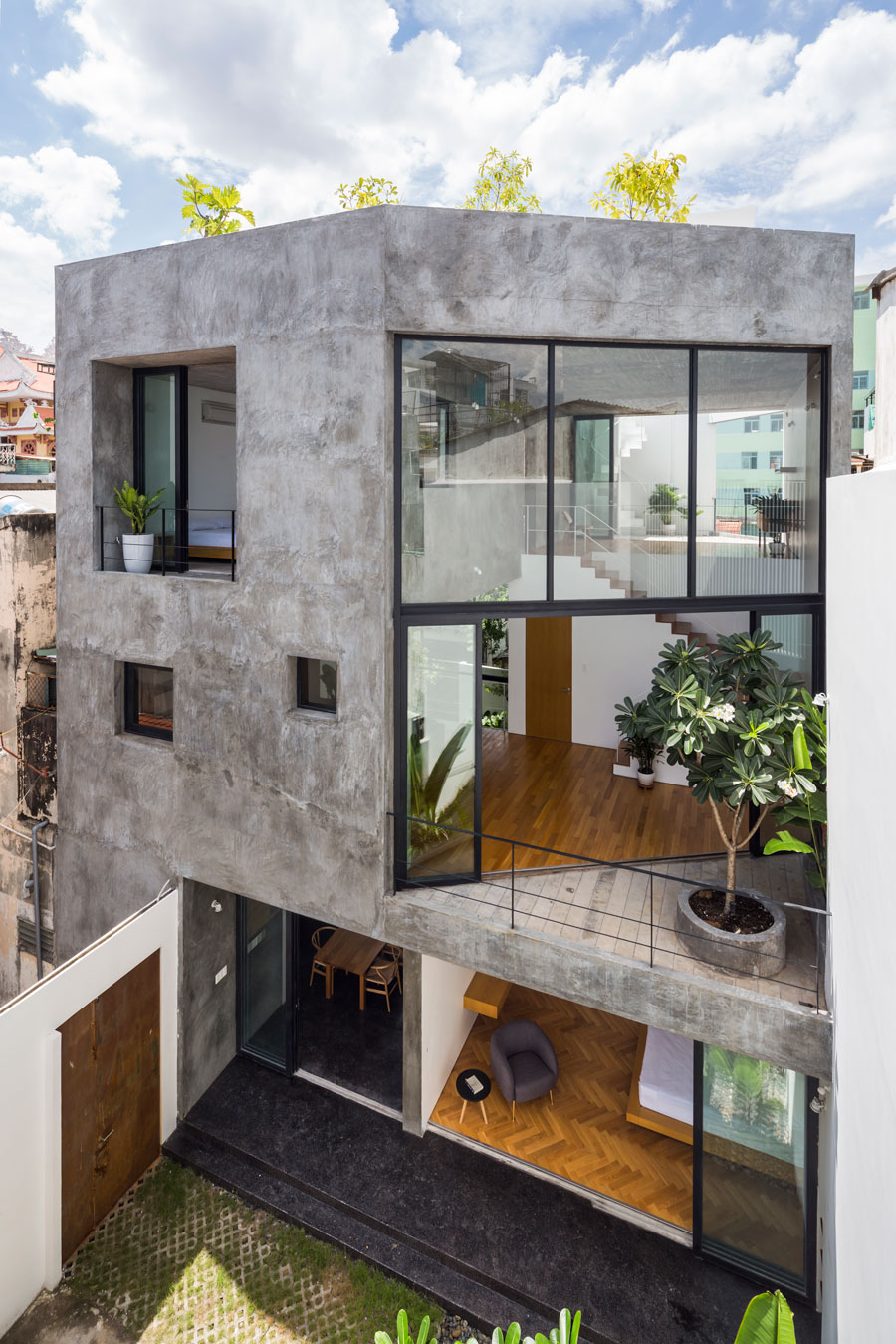 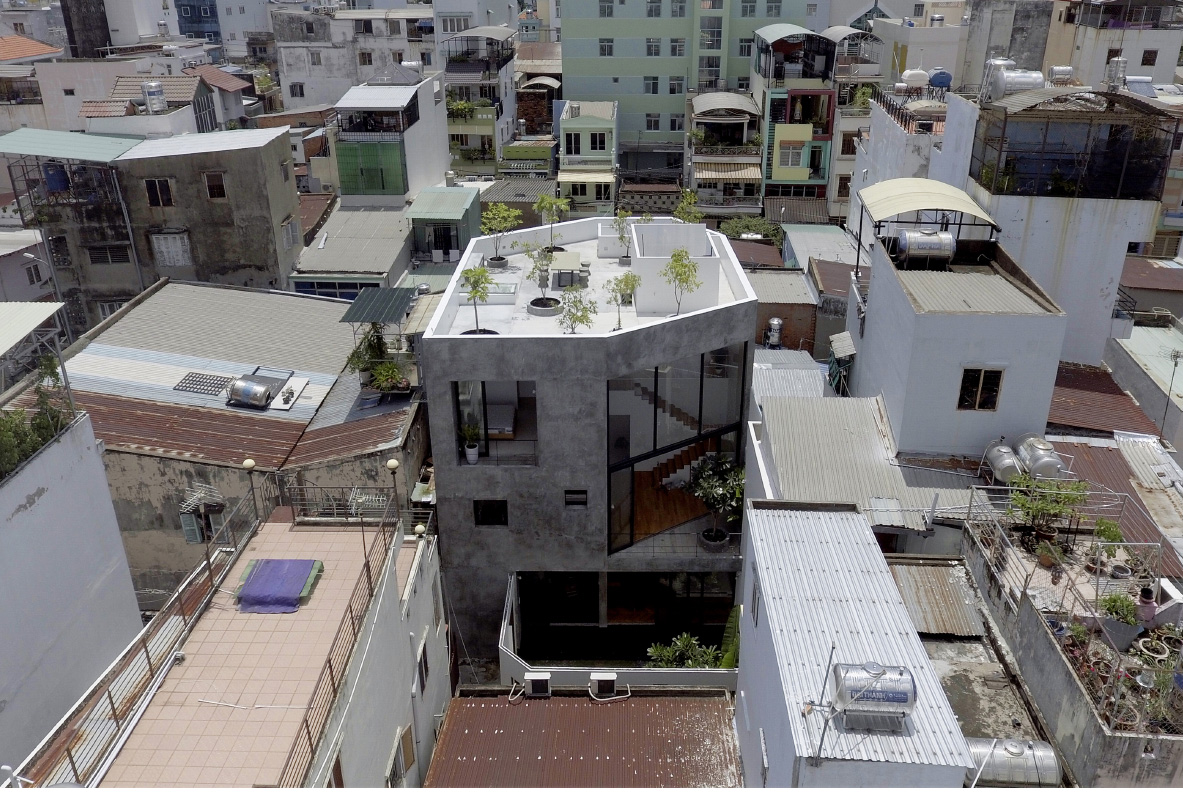 Want more of the best in modern architecture? Then check out Omar Gandhi’s incredible lookout on Cape Breton Island.