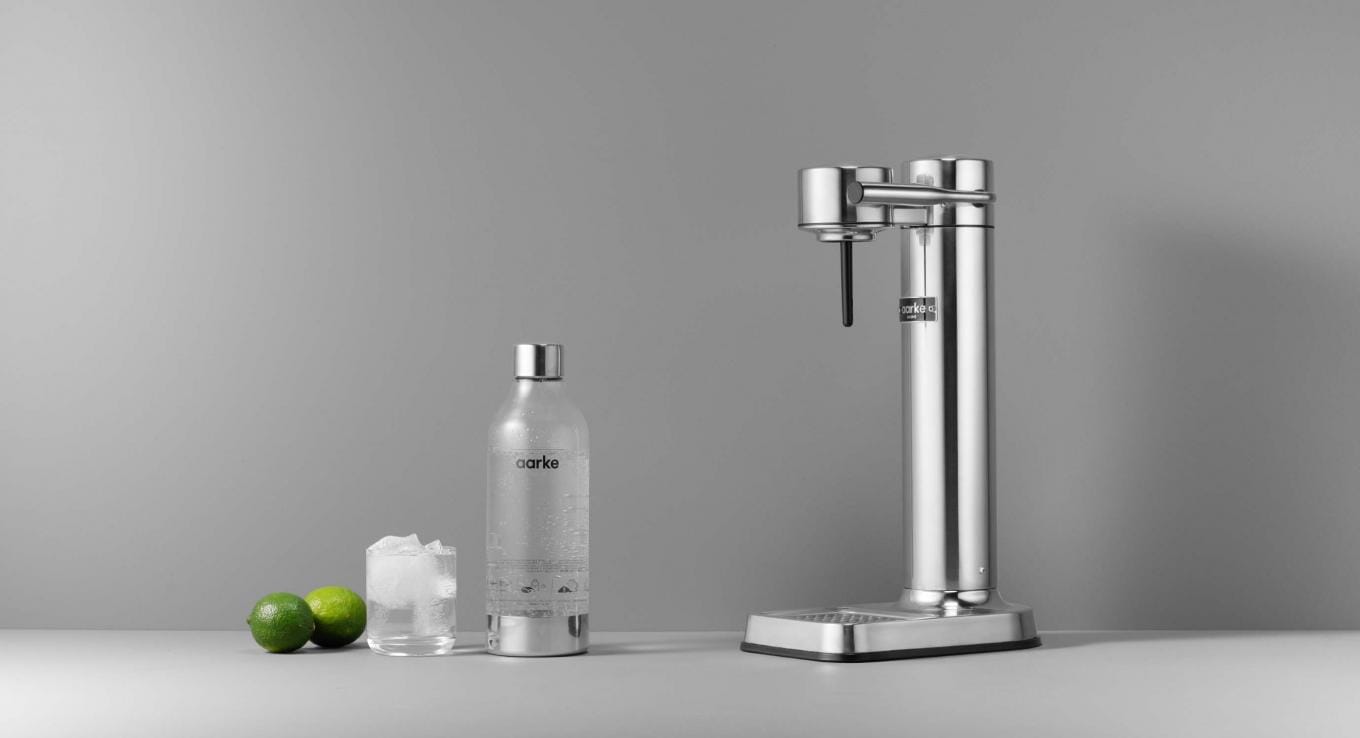 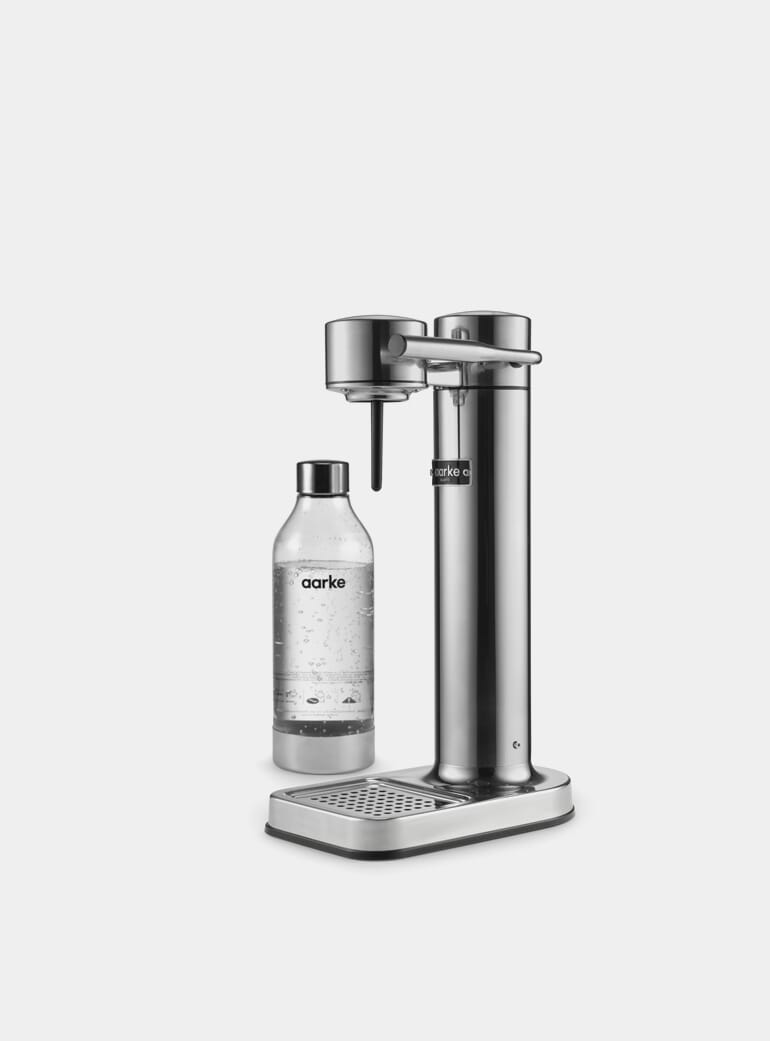 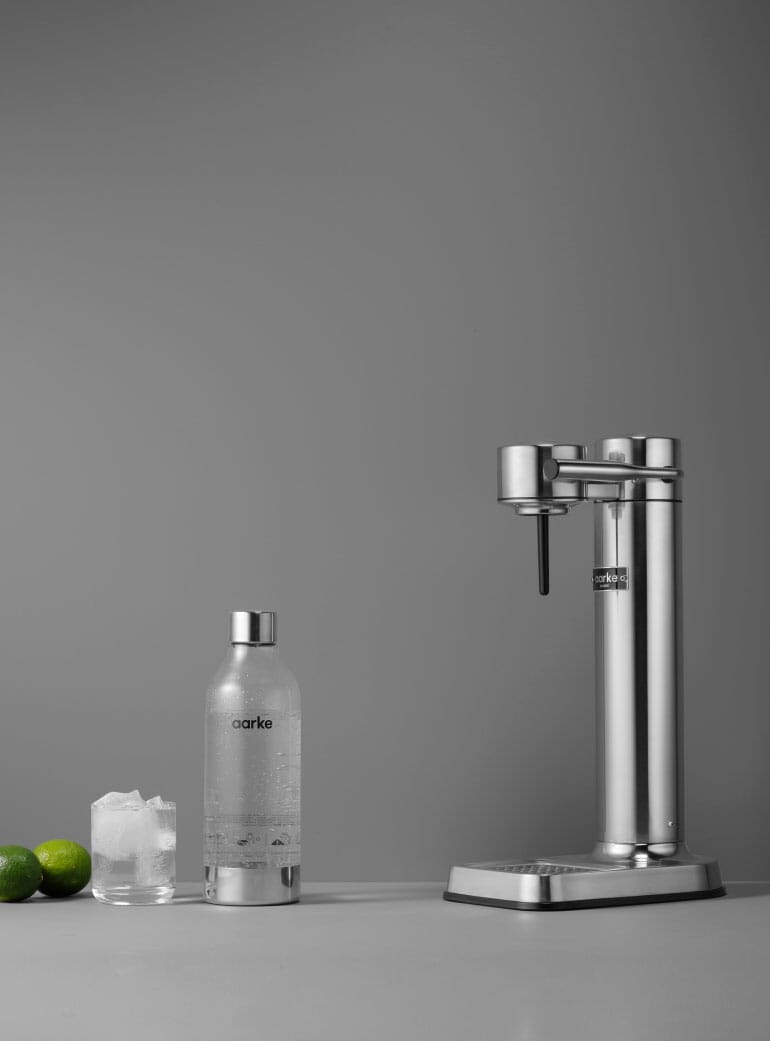 For a long time sparkling water was a polarising drink - you were either a firm fan of it or near choke the moment the bubbles passed your lips. Those days seem to be slipping away rather quickly, though, as sparkling water is having a bit of moment right now. While it's delicious - and its popularity is at an all-time high - consuming it from cans and bottles is less-than ideal for the environment. There is a simple solution. Make your own at home. Which is probably why you're here anyway. So, now is probably a good time to tell you that there's no better-looking or better tasting way to make sparkling water at home than with the Aarke Carbonator II. 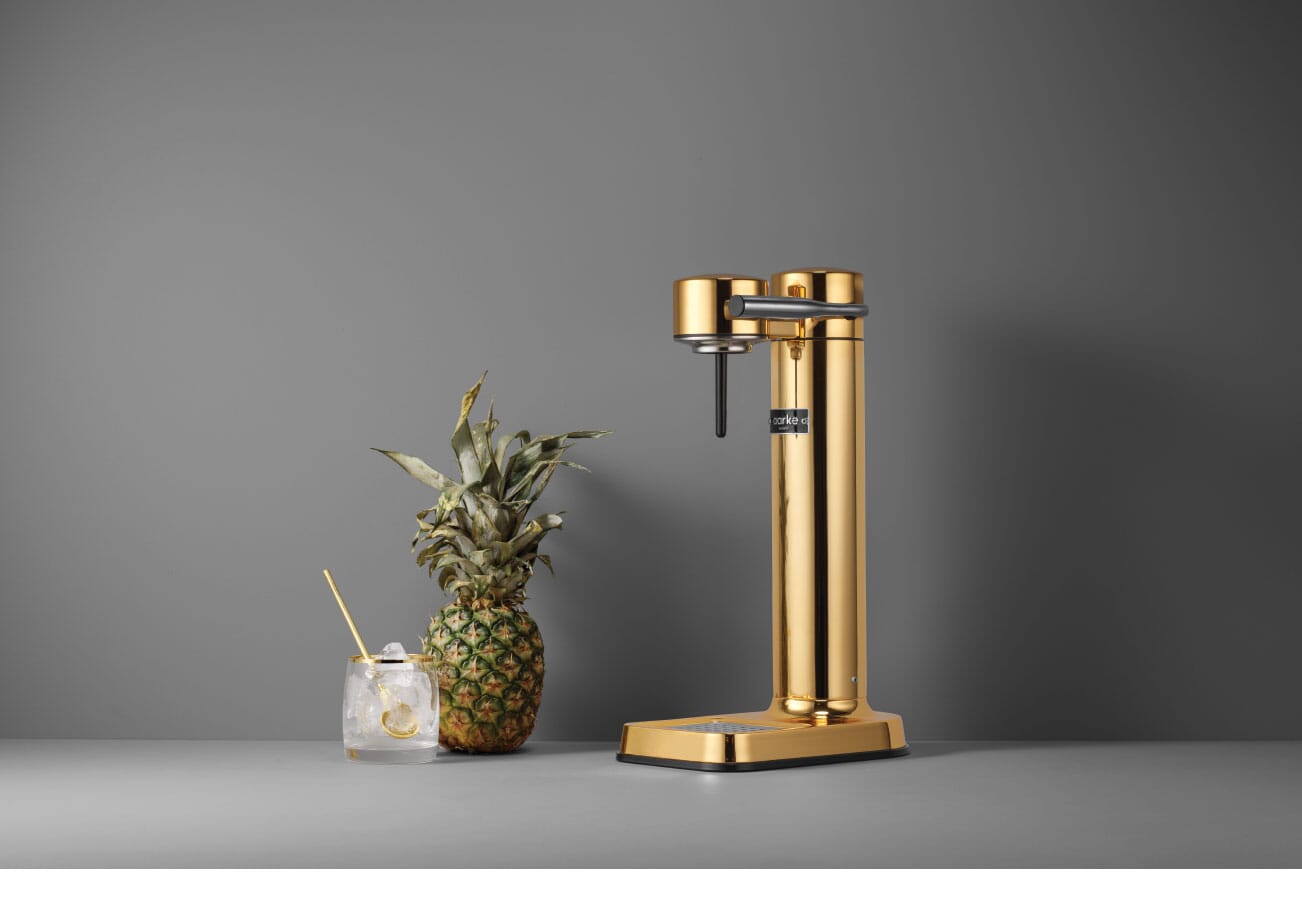 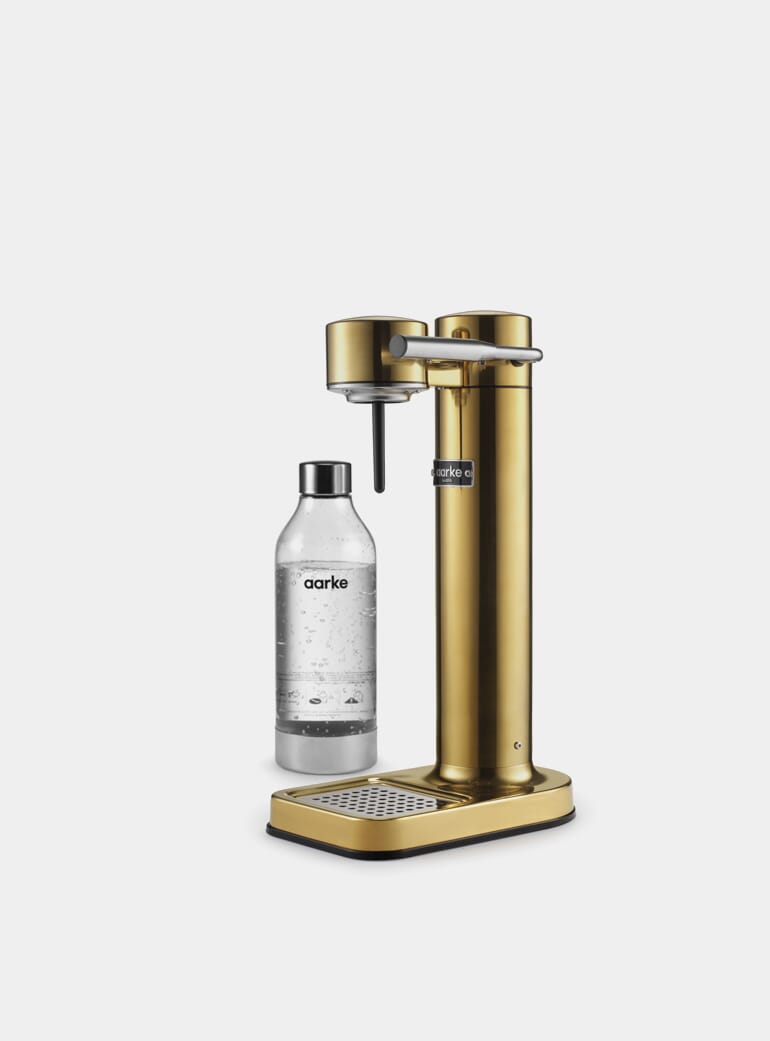 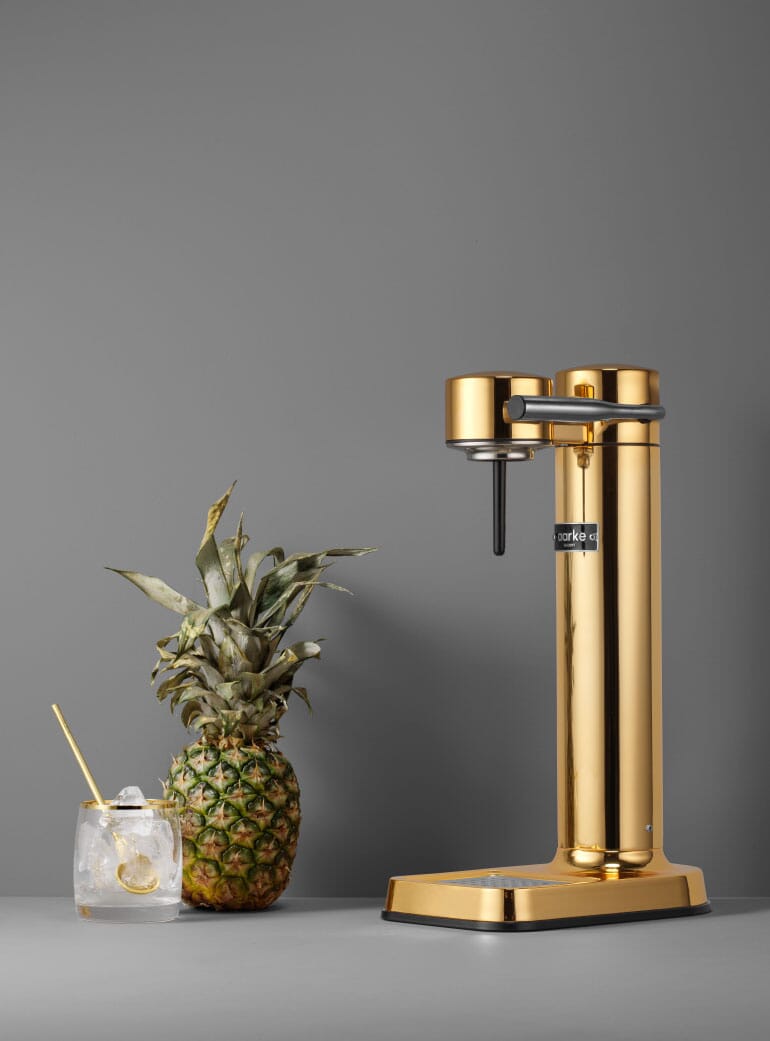 Aarke is a Swedish brand founded in 2016 by Jonas Groth and Carl Ljungh. Aarke means “everyday” in Southern Sami, a Swedish language spoken by only 500 people. When Groth and Ljungh, both industrial designers, realised that the everyday household appliance has been forgotten by the design community, they set about to change that. Their first product was the Aarke Carbonator in collaboration with AGA Gas in late 2016. With the release of the newly improved Aarke Carbonator II, we thought we’d give the new iteration a review so that you know exactly what you’re bringing into your kitchen. 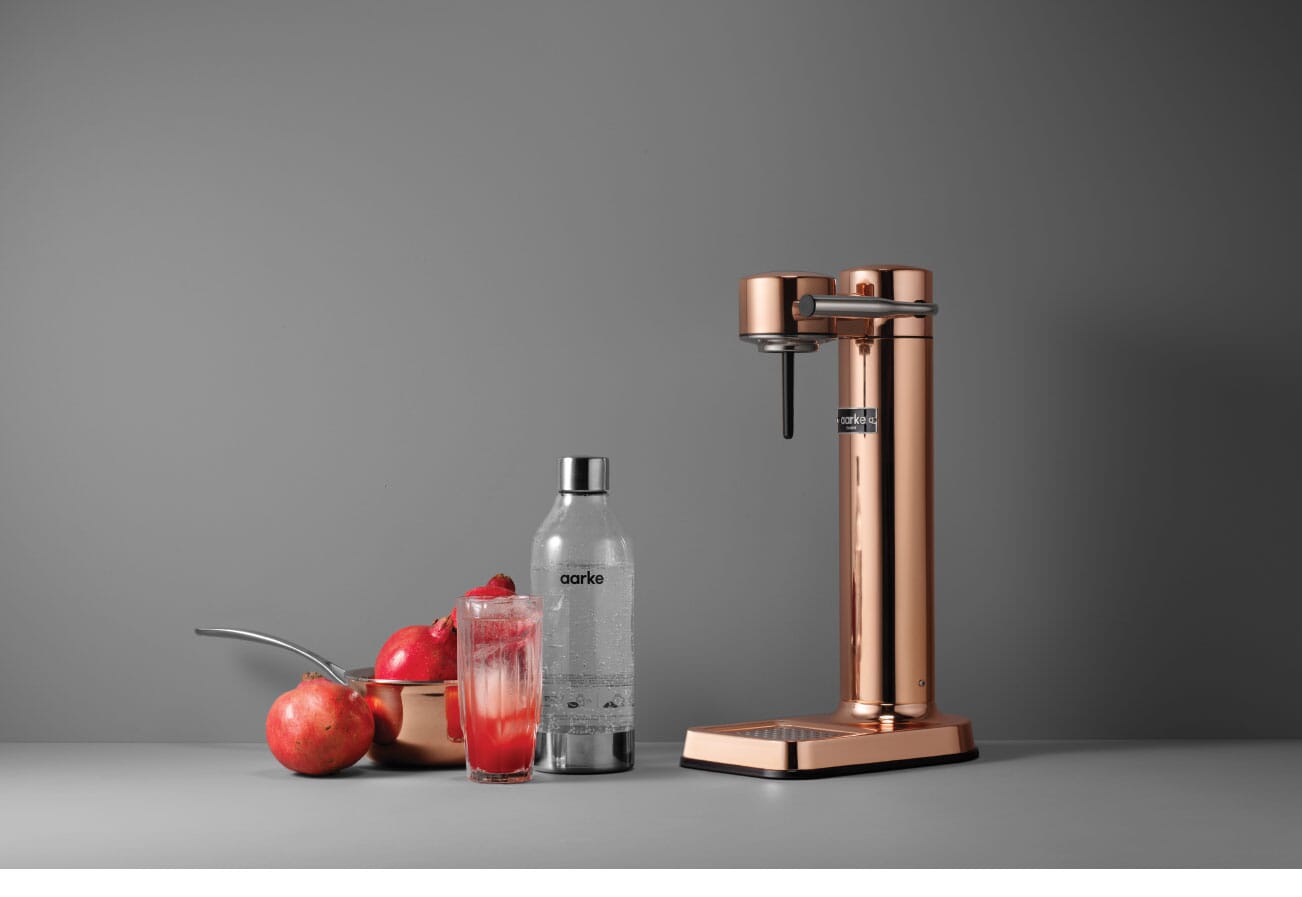 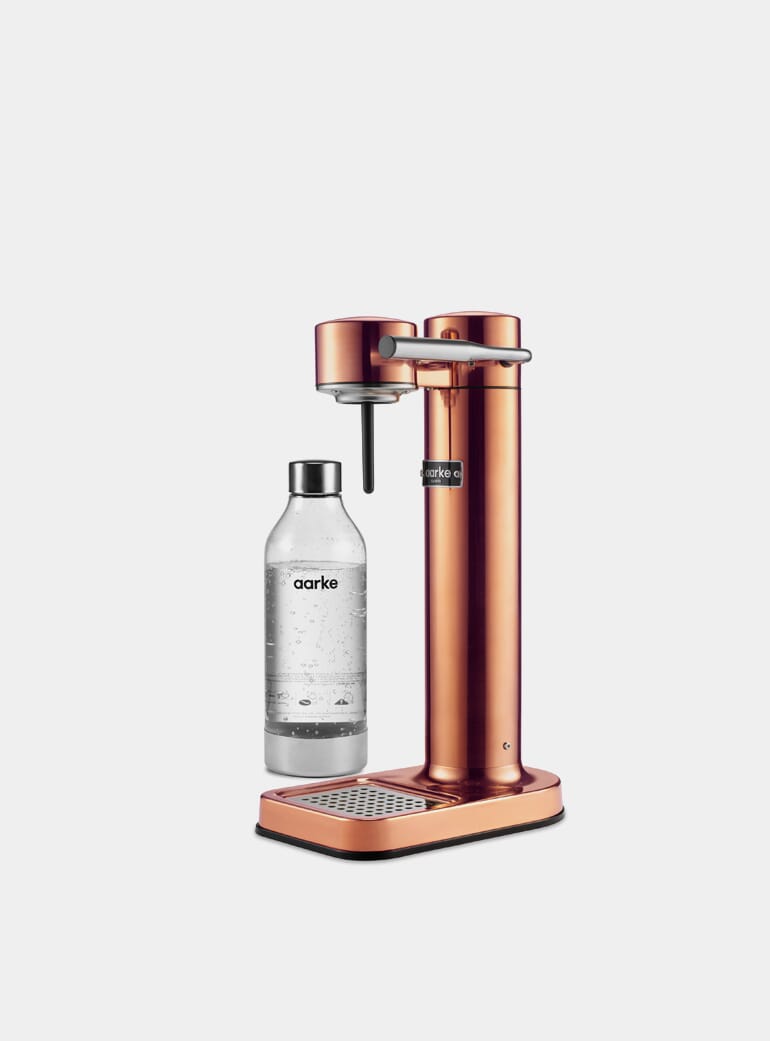 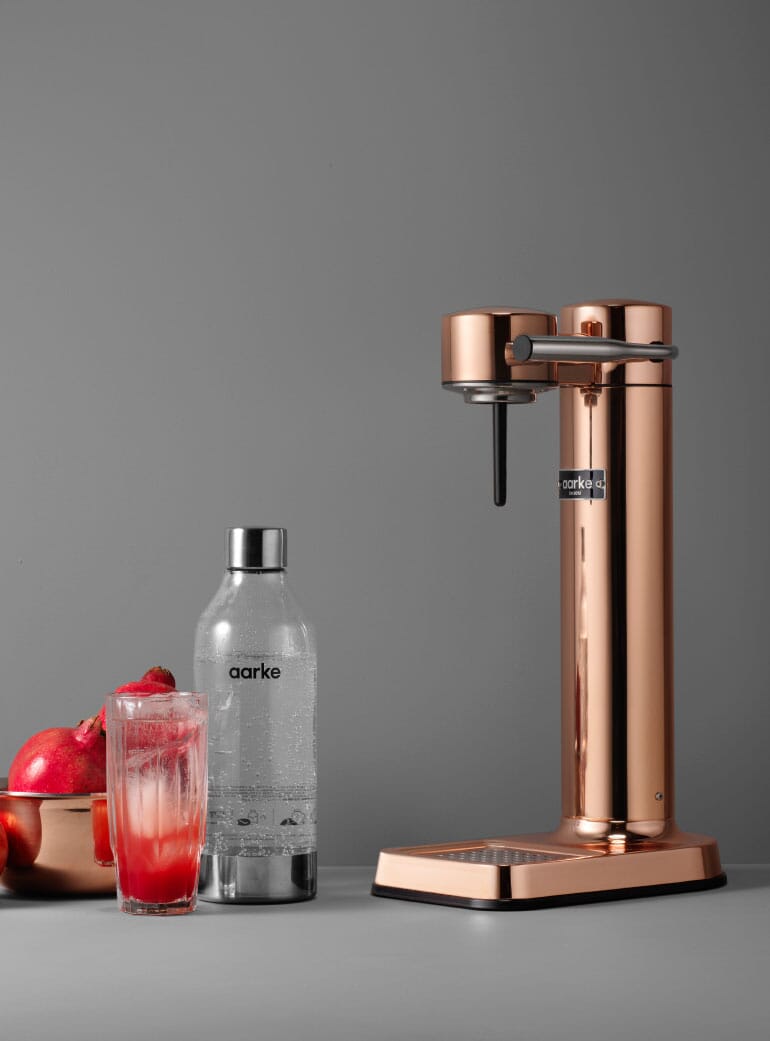 What makes up the Aarke Carbonator II?

There’s no getting past the fact that Aarke’s Carbonator II is the prettiest carbonator ever made. At OPUMO you’ll find the model in copper or brass, both of which are stainless steel and have been had electrolytic surface treatment to provoke the colour change. So you've got a bit of choice. The Aarke is also the world's first sparkling water maker designed with a complete stainless steel enclosure. So, you can forget the temperamental plastic sodas of the past, the Aarke Carbonator will look beautiful on your kitchen counter for years to come.

How big is the Aarke Carbonator?

The design of the Carbonator is strikingly slim. With no extraneous details, the minimalist machine does exactly what it needs to do. It doesn’t take up much room on your kitchen–weighing in at 1450g at a height of 414mm–but does carry all of the safety features and mechanisms to give you the easiest, quickest fizz. 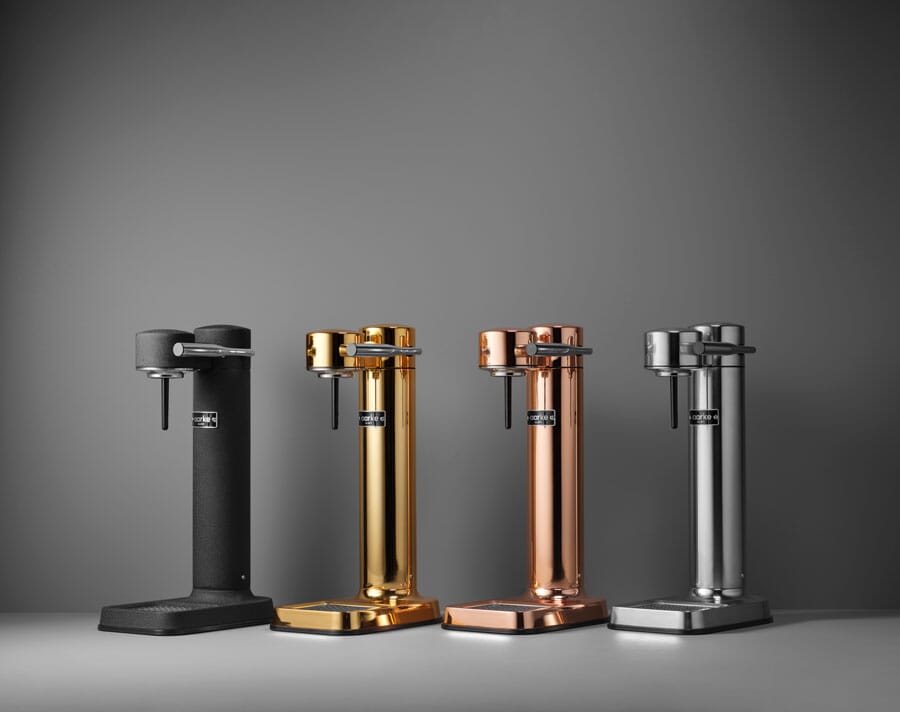 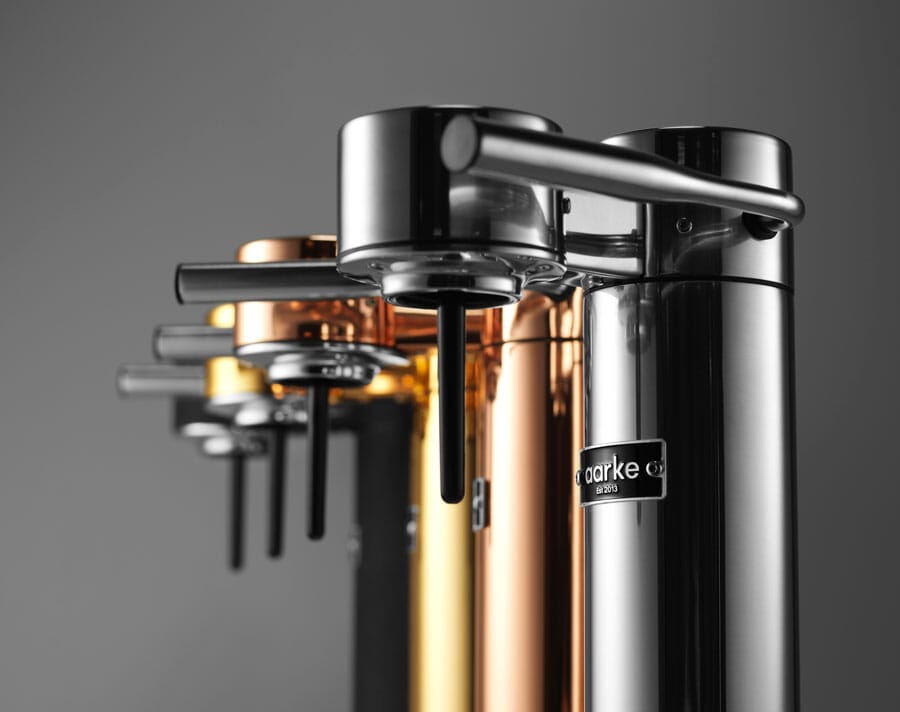 How does the Aarke Carbonator work?

It really couldn’t be easier than this, the Aarke Carbonator features a unique safety system that consists of 3 independent safety valves, meaning anyone can use this. When it comes to carbonation time attach your cylinder and pull the lever, it’s that easy. The lever mechanism carbonates the water while automatically releasing pressure in the bottle so you needn’t fear any surprising explosions. Once you hear a buzz just let go of the lever and unscrew your freshly fizzy drink.

The Aarke Carbonator II makes the sparkling water maker a desirable object again. Thanks to its understated design that looks a bit like an old-school soda fountain, it’s the sort of accessory that you’ll proudly display in your kitchen. It doesn’t take up much room either, with its slim cover that is designed to be extremely compact and easy to use. 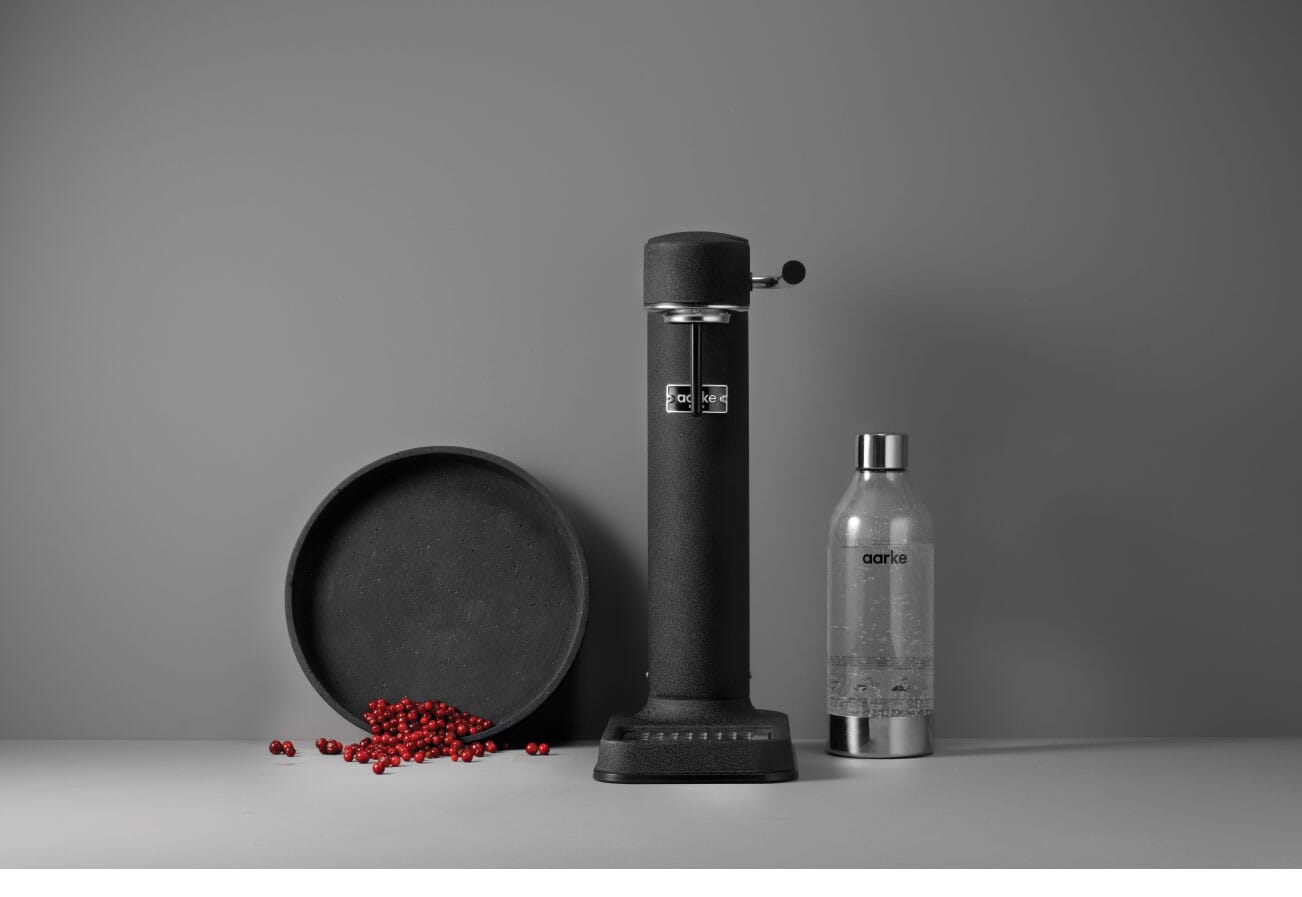 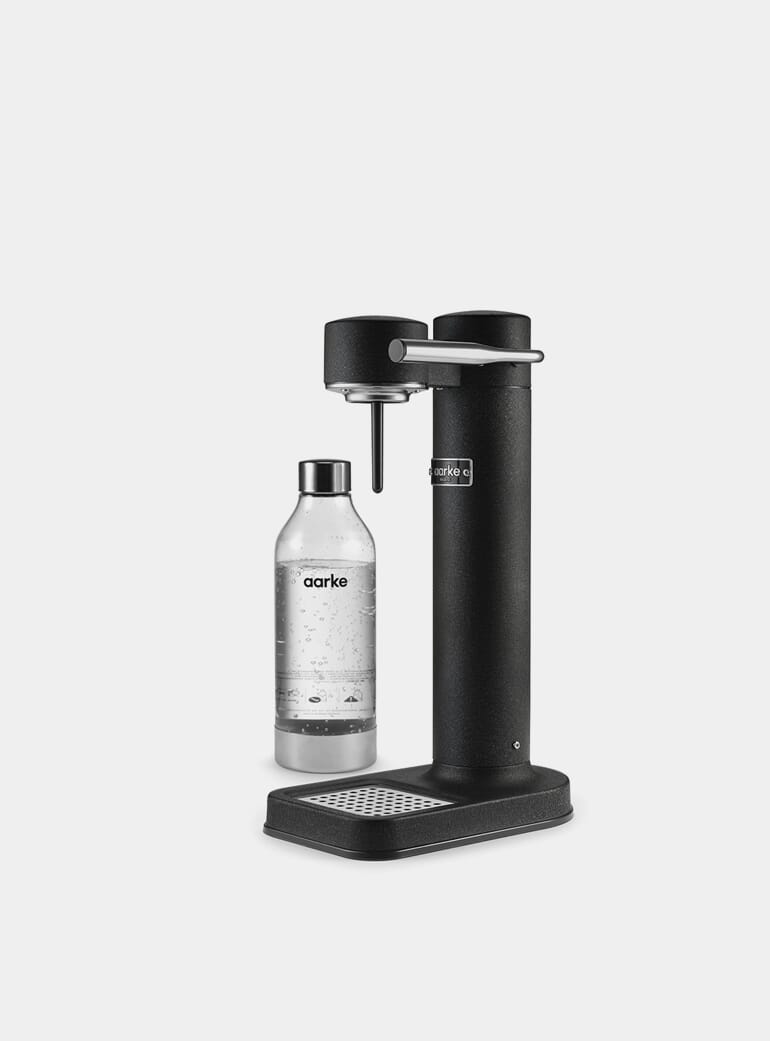 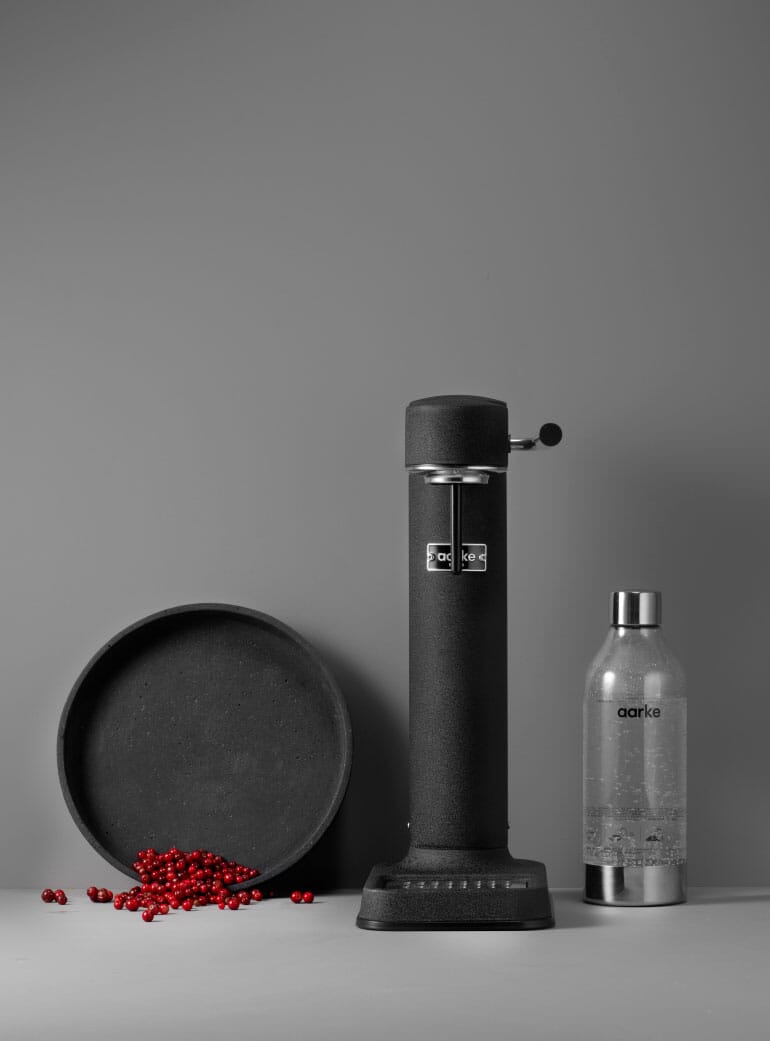 Shop and explore the entire Aarke carbonator collection at OPUMO.

Looking for more ways to improve your kitchen? Then you’ll love this: 5 of the best bar stools to shake up your kitchen space.