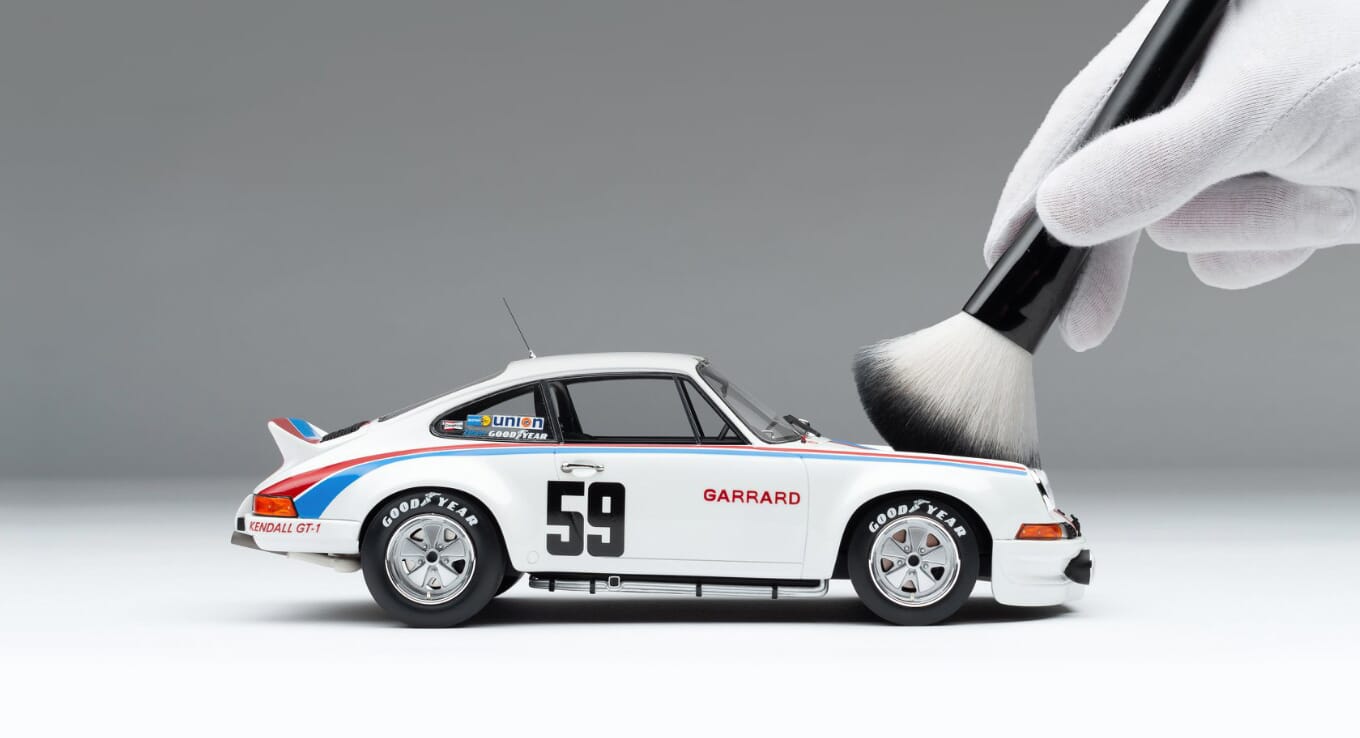 Can’t quite afford a classic Ferrari BB 512I? No problem. The next best thing has just landed at OPUMO. Amalgam is a company dedicated to precision. Combine this dedication with a love of all cars and you’ve got a recipe for greatness. Based in Bristol, England, Amalgam takes inspiration from the all-time great engineers who came before them and left their mark on the city, namely Isambard Kingdom Brunel and the Bristol Aeroplane Company. Using CAD data from the car manufacturers themselves as well as 600-800 photographs of details and finishes, Amalgam is able to create models that match the real thing to such a high degree that to the untrained eye the only difference is, unfortunately, the size.

We’ve been fantasising about which cars we’d own if we had the opportunity and we’ve narrowed it down to five favourites from Porsche, Ferrari and Lamborghini. 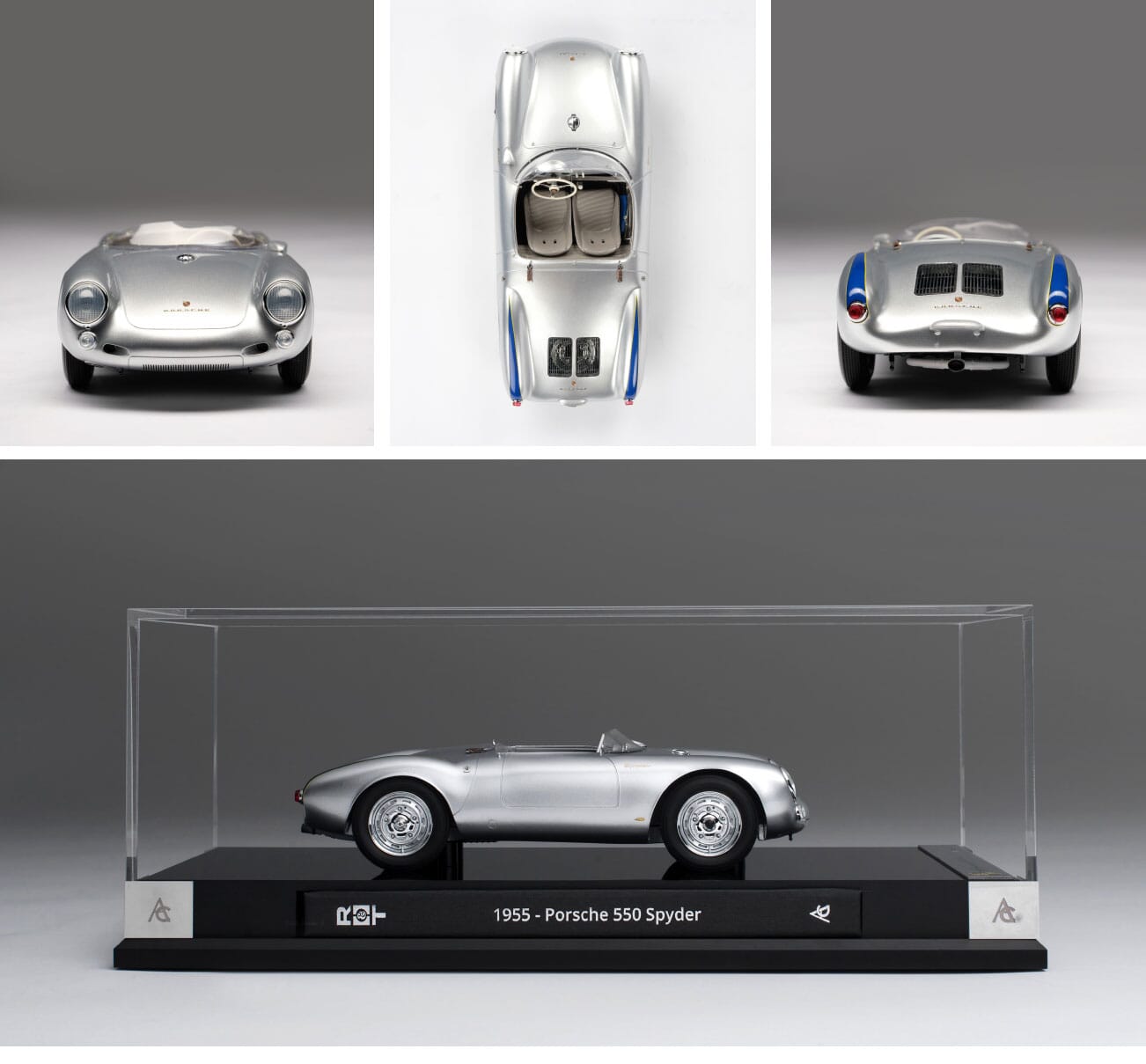 While other marques made their models larger in every way, Porsche’s first foray into racing went in the opposite direction. The 550 Spyder weighed less than 1500lbs having been developed by Walter Glöckler, a motorcycle racer who envisioned using Porsche’s 1.1-litre flat-four engine in his home-built cars. In the same year, his prototype won the 1,100cc sports car class championship in Germany. From 1951 onwards, Glöckler prototypes were embellished with Porsche branding and were the starting point for the iconic 550 Spyder. 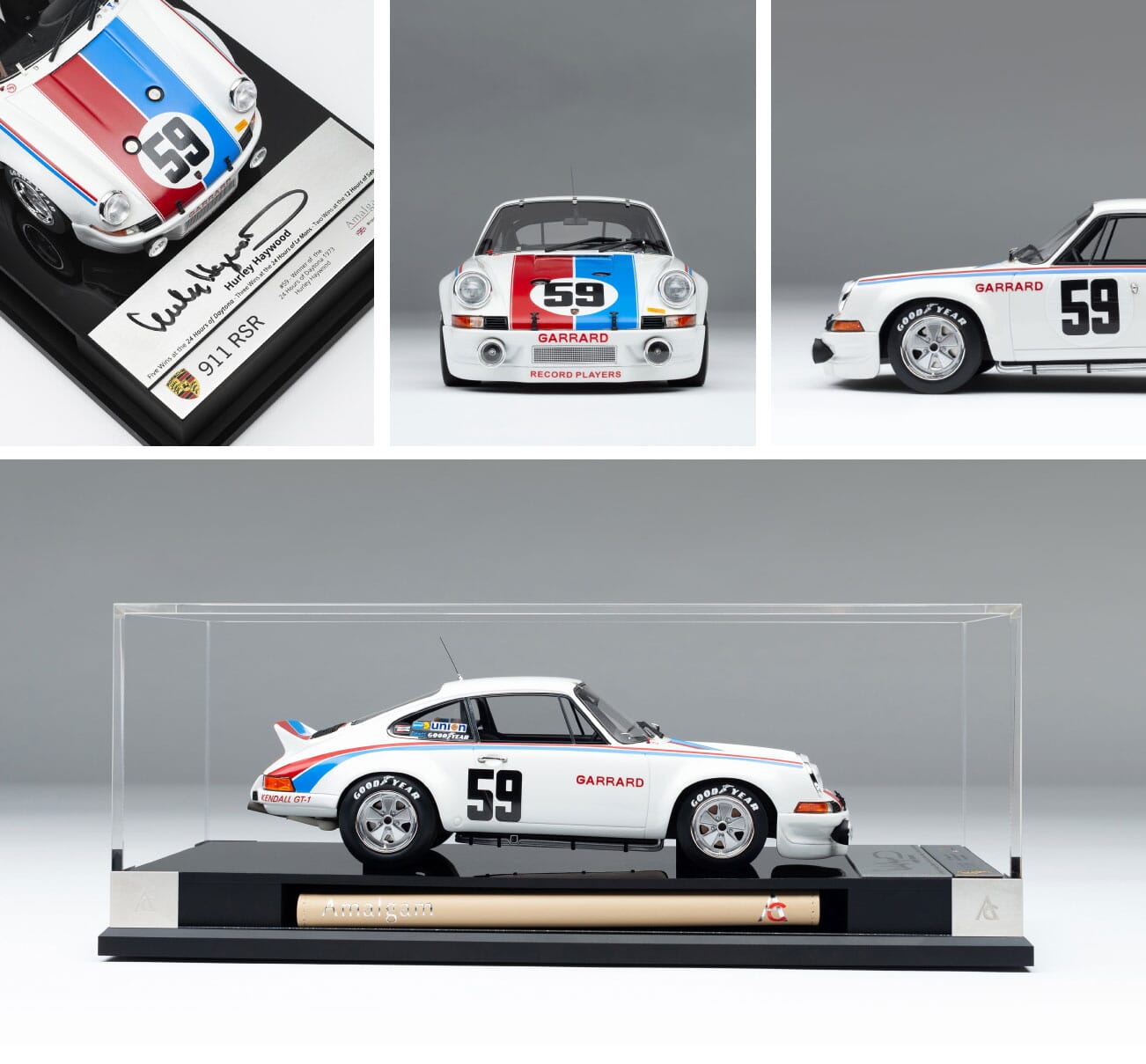 If you’re a reader of the OPUMO magazine’s automotive section, you’ve probably realised that we’re quite fond of a Porsche 911. We had to include this model in our roundup because it’s not only a model of our favourite build, but each of the 200 limited edition models has been signed by Hurley Haywood, the man who drove this beauty in 1973 to claim the first of his five 24h Daytona wins. Although the original car was destroyed and lost, Amalgam worked with the close support of the Porsche Museum to ensure their usual level of accuracy for this model. 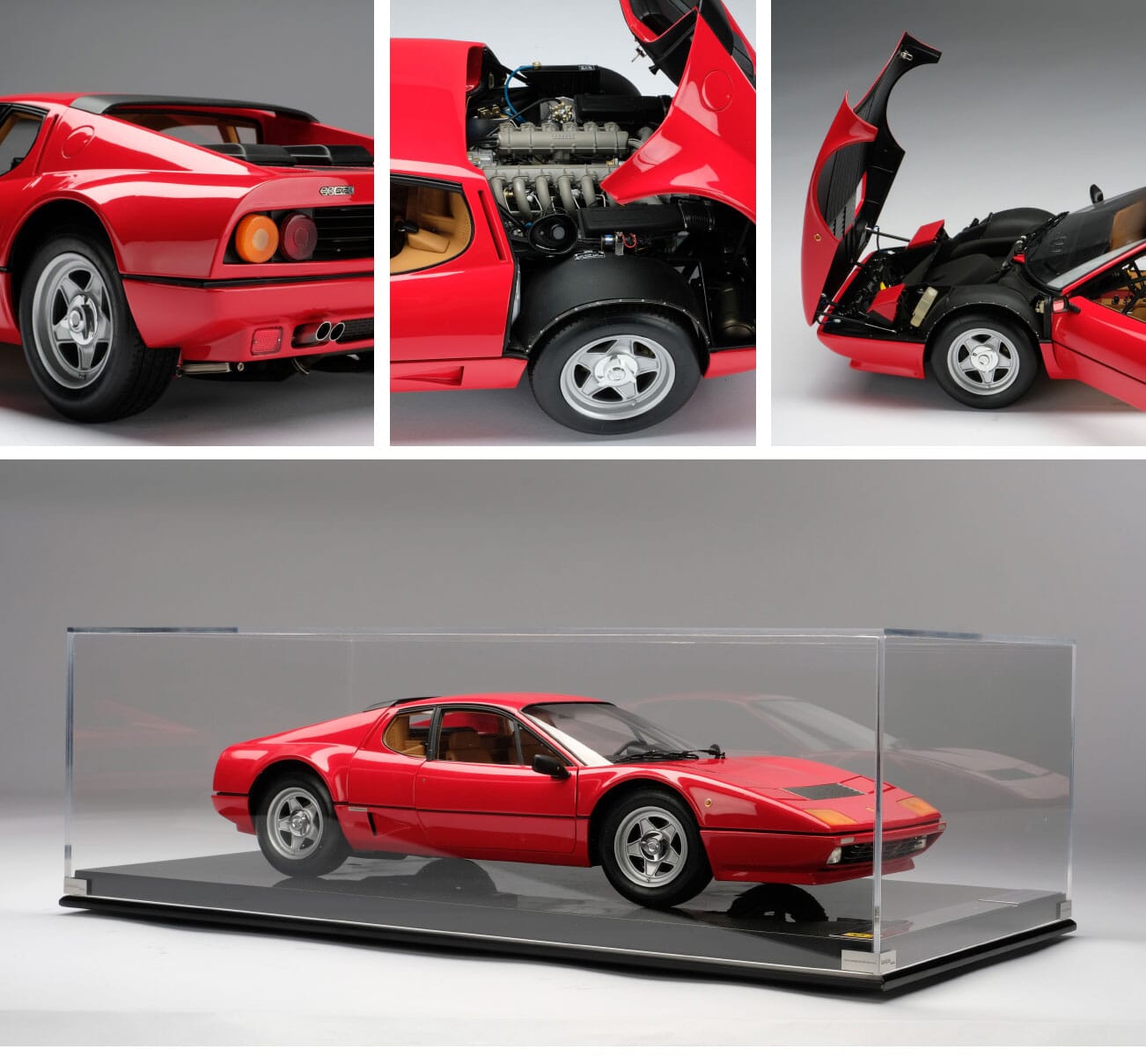 Getting closer to the real thing at 1:8 scale, this Ferrari BB 512I is a strong argument for the ‘80s being the golden era for car design. The irresistibly boxy shape and sharp angles have a retro-future charm while the deep signature Ferrari red paintwork is a worthy finishing touch. Handcrafted and finished with Ferrari’s help to perfect original finishes, materials, archive imagery and drawings. 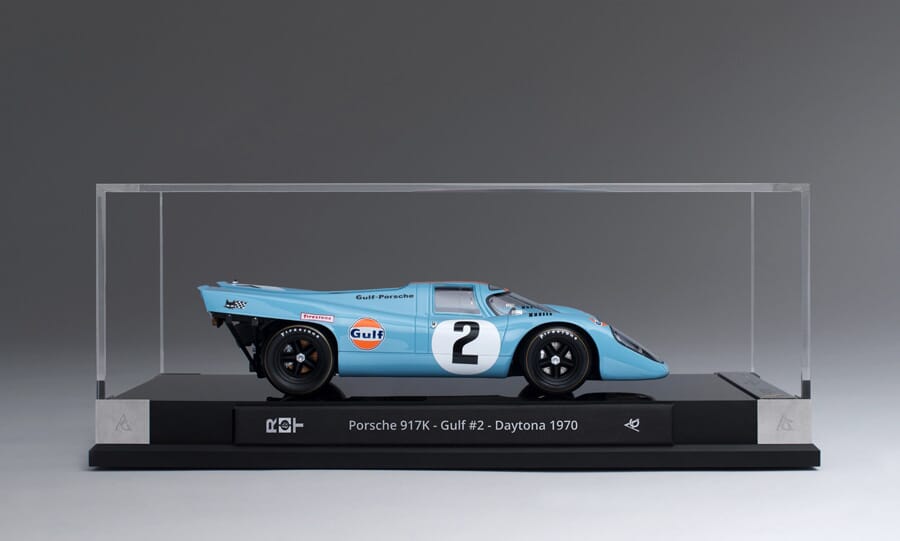 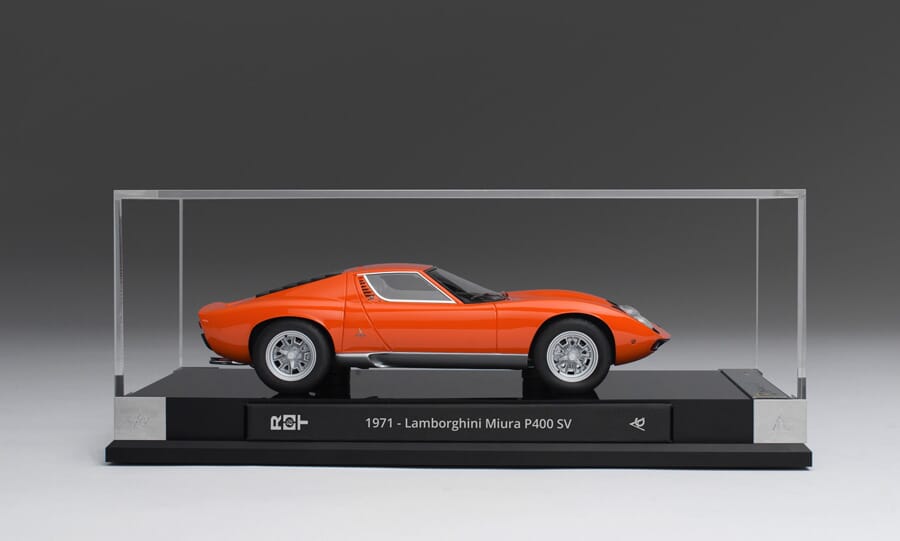 A machine imbued in history and success, the Porsche 917 has been memorialised by various records and, perhaps more well-known, Steve McQueen’s iconic Le Mans. The 917 is a model forged from hardships: after new sanctions were brought in by the Commission Sportive Internationale, Porsche were able to craft this masterpiece to racing standards in just three weeks after its announcement, ensuring it was ready to race and break records all over the world.

Named after Spain’s most feared breed of fighting bull, the Lamborghini Miura was actually never supposed to happen. Beginning as a side project for a young technical director and his deputy who had been inspired by the Ford GT and Ferrari 250, the Lamborghini Miura was hidden from the boss and kept to just drawings and plans. One night in 1965, the two young designers showed their boss who, to their surprise, loved the designs and put them into production. This model is one for the minds that refuse to stop. 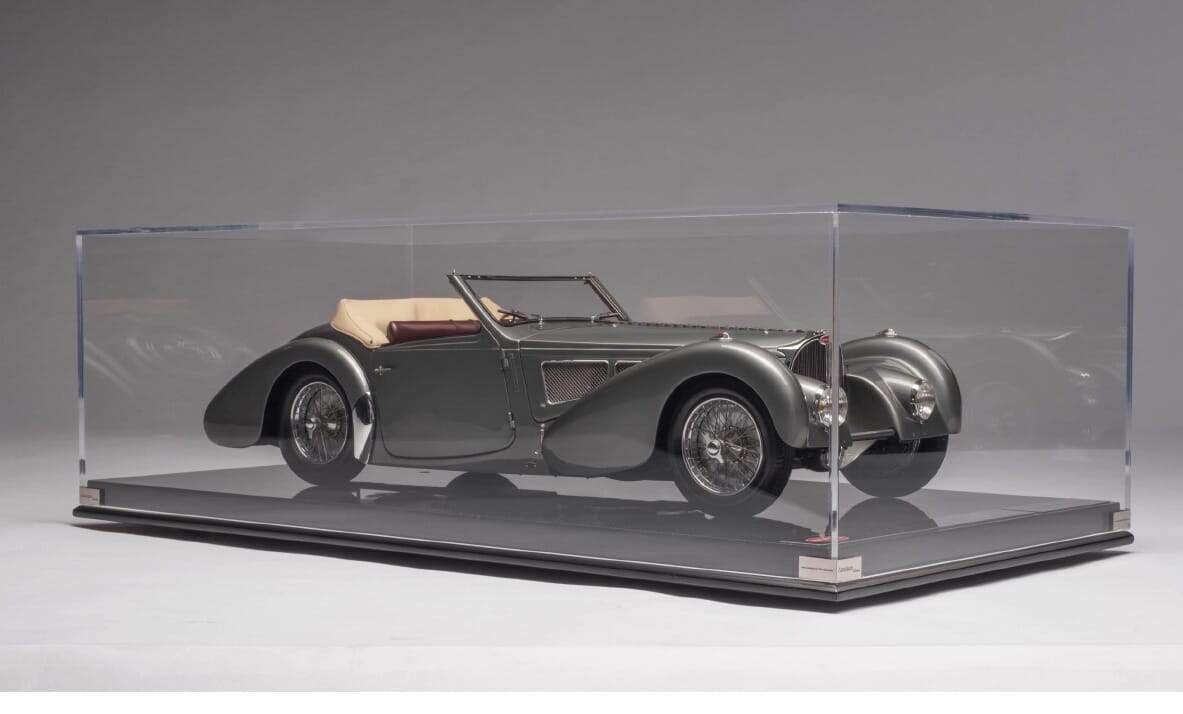 Looking for something with a bit more 'oomph'? This RUF CTR2 Sport should do the job.