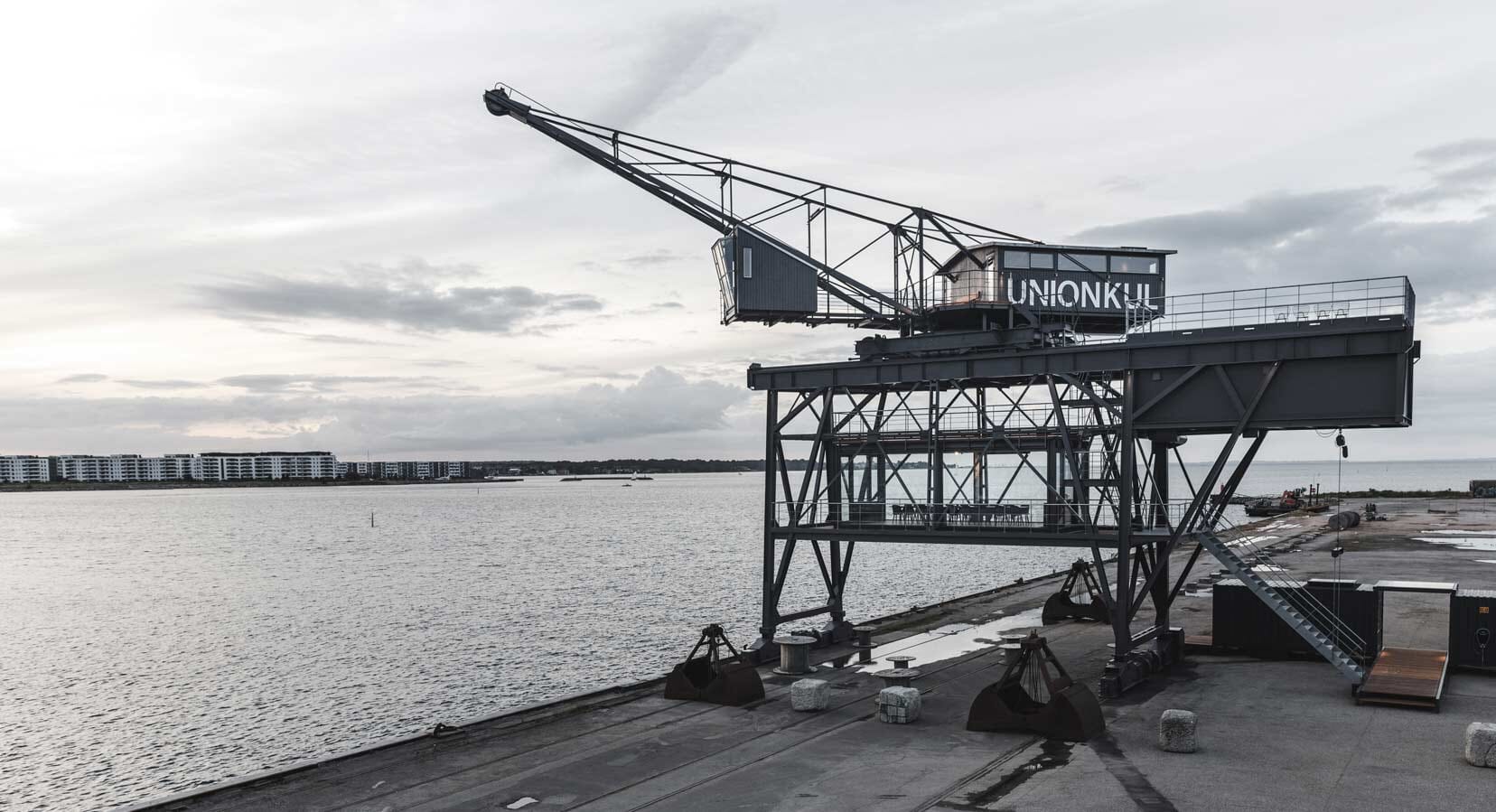 In an effort to design and build sustainable architecture by using new construction methods, Danish architecture studio Arcgency’s latest project, The Krane, is an elegant oasis amidst the industrial landscape of Nordhavn – one of the last harbours under renovation in Denmark’s capital. 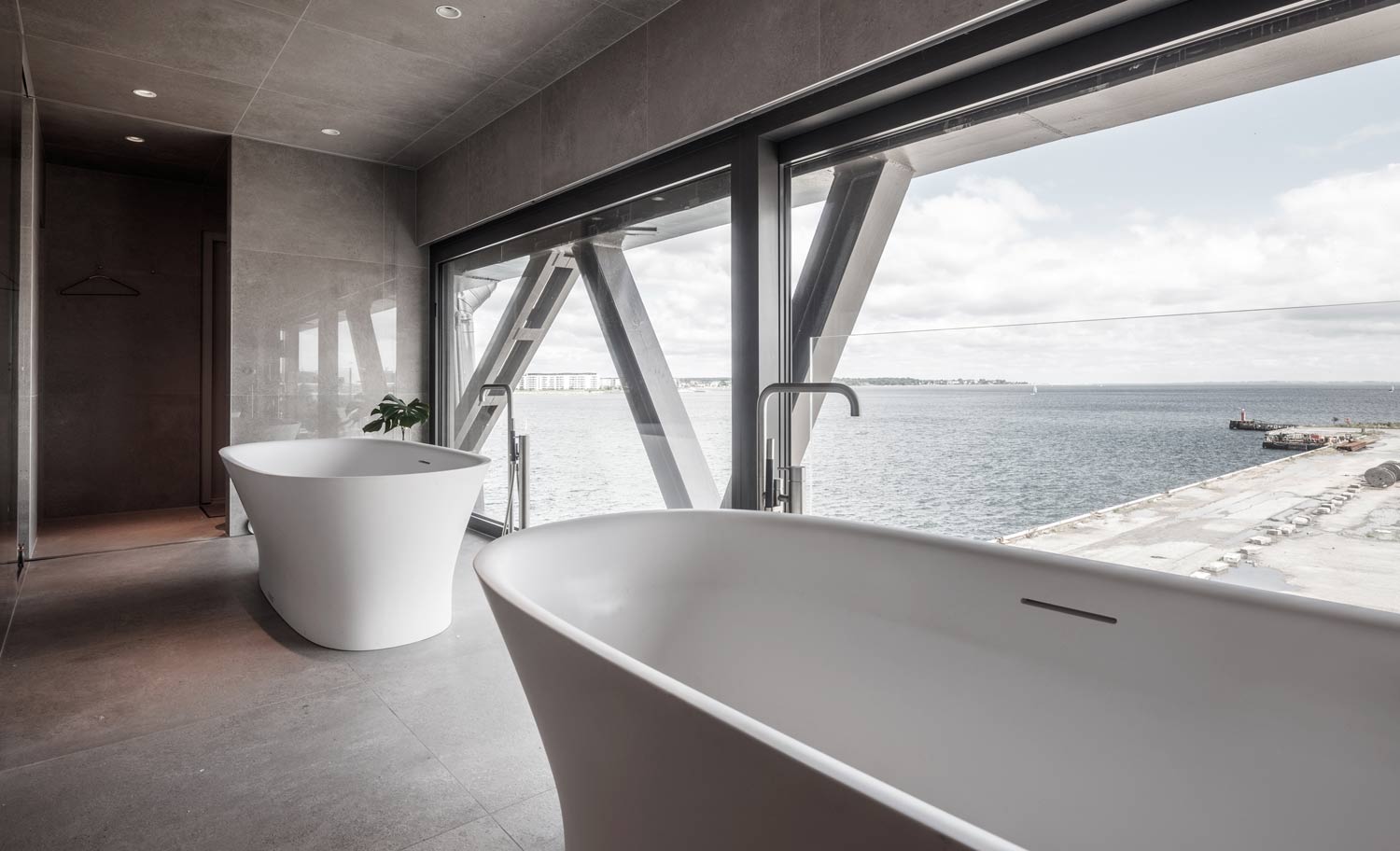 The Krane sits on the waterfront of Nordhavn and can only be accessed by a drawbridge-like staircase. The multi-tiered structure emanates a soothing sense of serenity and it is comprised of a reception area on the ground floor, a meeting room called the ‘glass box’ on the first floor, a spa and terrace on the second floor and a retreat on the top called the ‘Krane Room’ that comes with a secluded lounge and terrace. 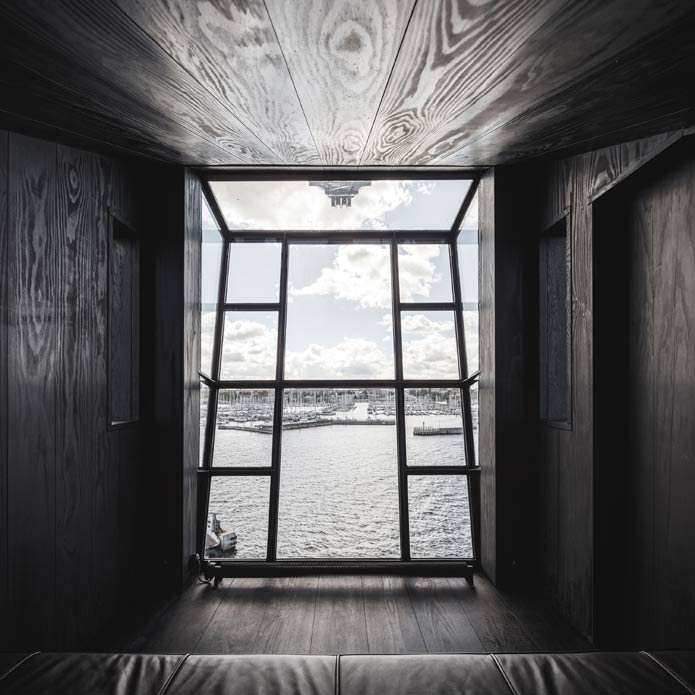 The project also features a 360-degree inside-out approach that was specifically designed to optimise the internal spaces and capture natural daylight to set the stage for water-side views. The concept builds on its dark past as a coal-loading crane by using black as the colour scheme throughout. In addition to the parallels to the past, the black detailed interior plays a vital role in muting and minimalizing visual distractions so visitors feel almost enveloped, and safe, in the interior. At the same time, the black touches exaggerate the changing light and views across the harbour. “It’s all part of the vision, where the focus has been the integration of sensations – sight, sound and stemming (the Danish word for atmosphere),” explains Arcgency Chief Architect, Mads Møller.

Elsewhere, the spa below takes a lighter approach, as it is clad in hard-wearing stone from floor to ceiling. The relaxing space boasts an immense, glass-glazed wall as a window on one side, with a singular view of the harbour and the ocean. As Møller describes it, “it kicks starts your imagination and it’s the furthest thing from cold or corporate. Here you have a panoramic view at the edge of the water.” Although Nordhavn may still have a very strong industrial atmosphere, Møller and Arcgency encourages everyone to experience a day at The Krane. 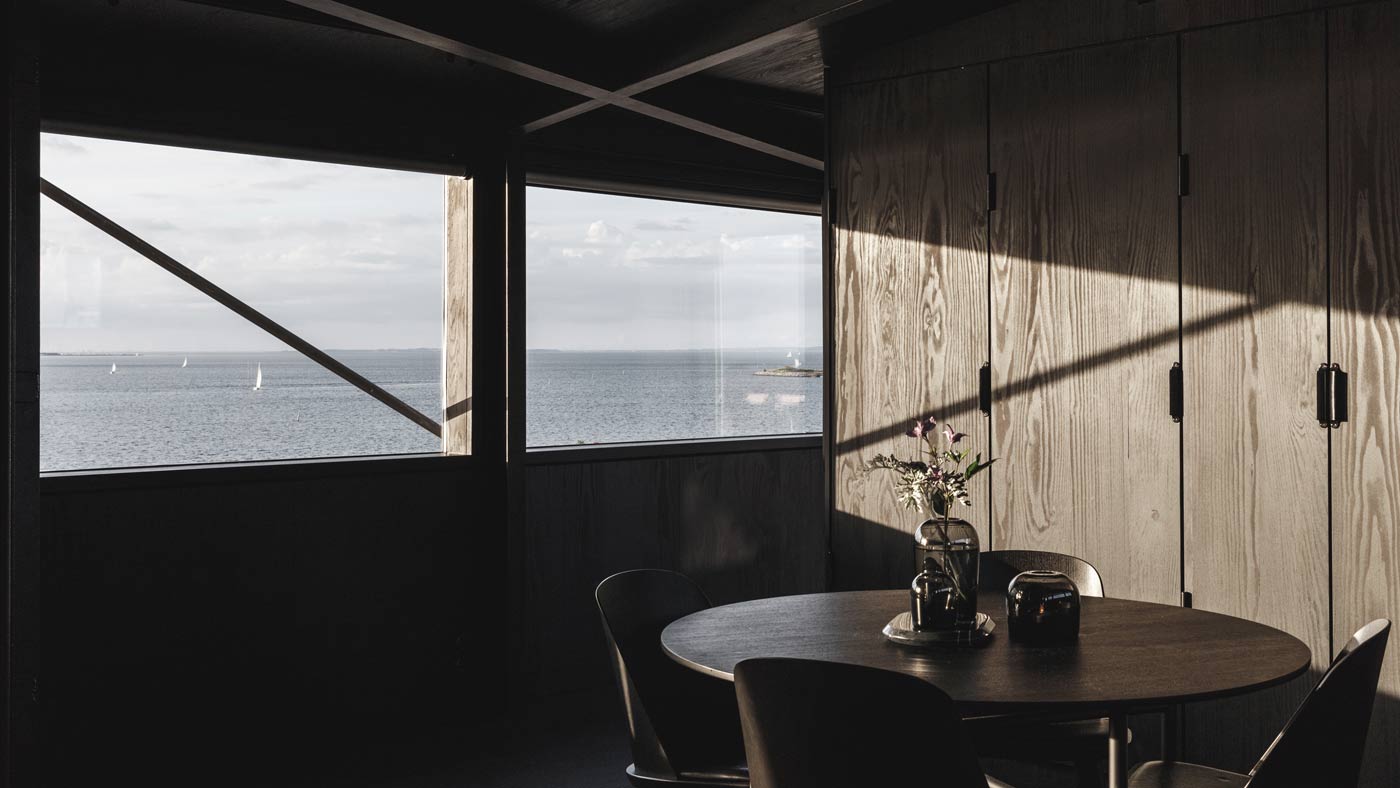