Balance Of Beauty: The Guna House by Pezo von Ellrichshausen 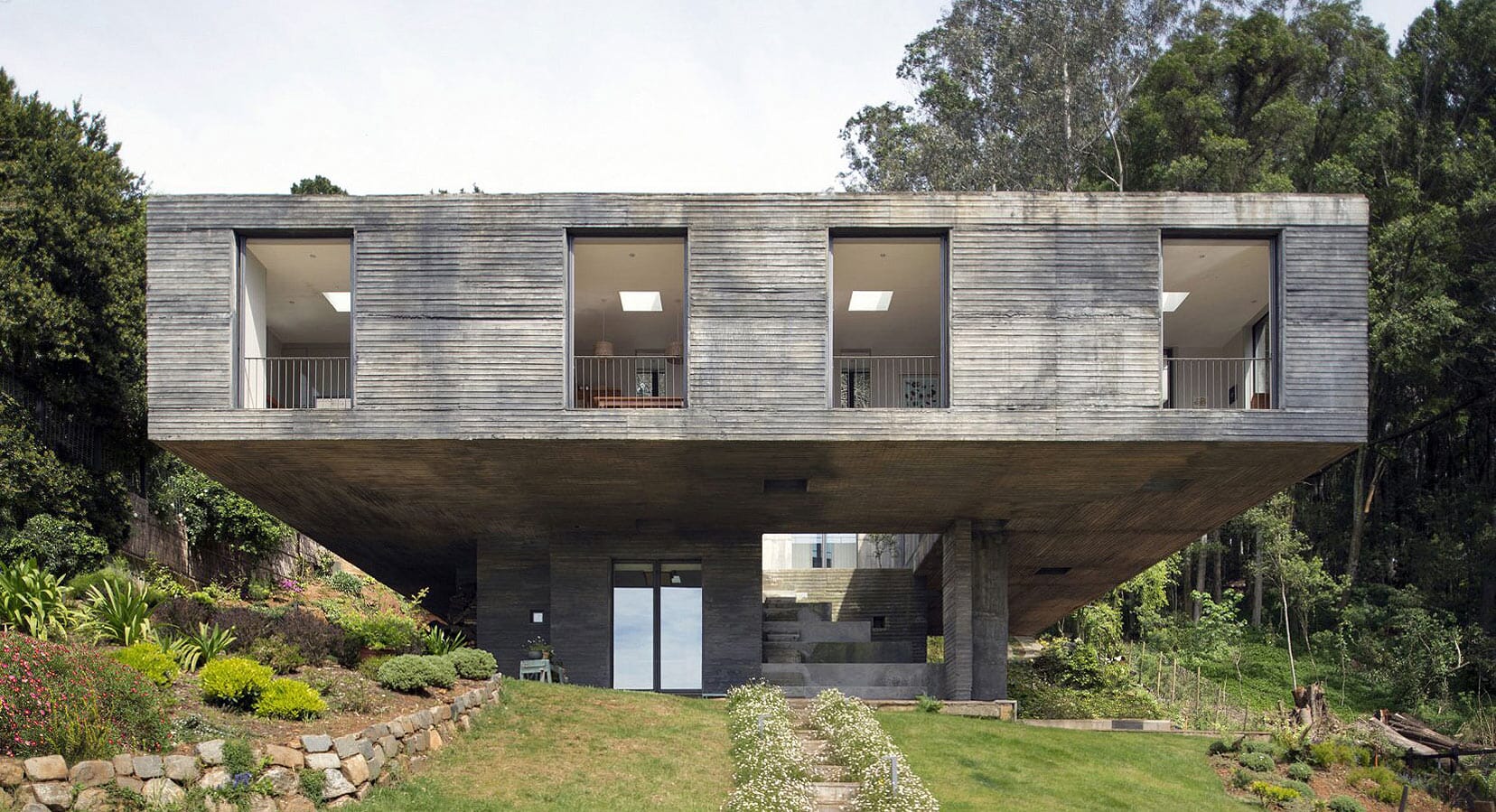 Described as a ‘monolithic prism of concrete, this top-heavy house in Llacolen, Chile, is a private residence that sits between a secluded lagoon and a wood of eucalyptus trees.

Completed in 2014 by architects Mauricio Pezo and Sofia von Ellrichshausen from architecture studio Pezo von Ellrichshausen, the narrow plot in the rural site of San Pedro de la Paz, along the bay of a small lagoon, dictated the entire, inventive design process as well as its idyllic outcome. 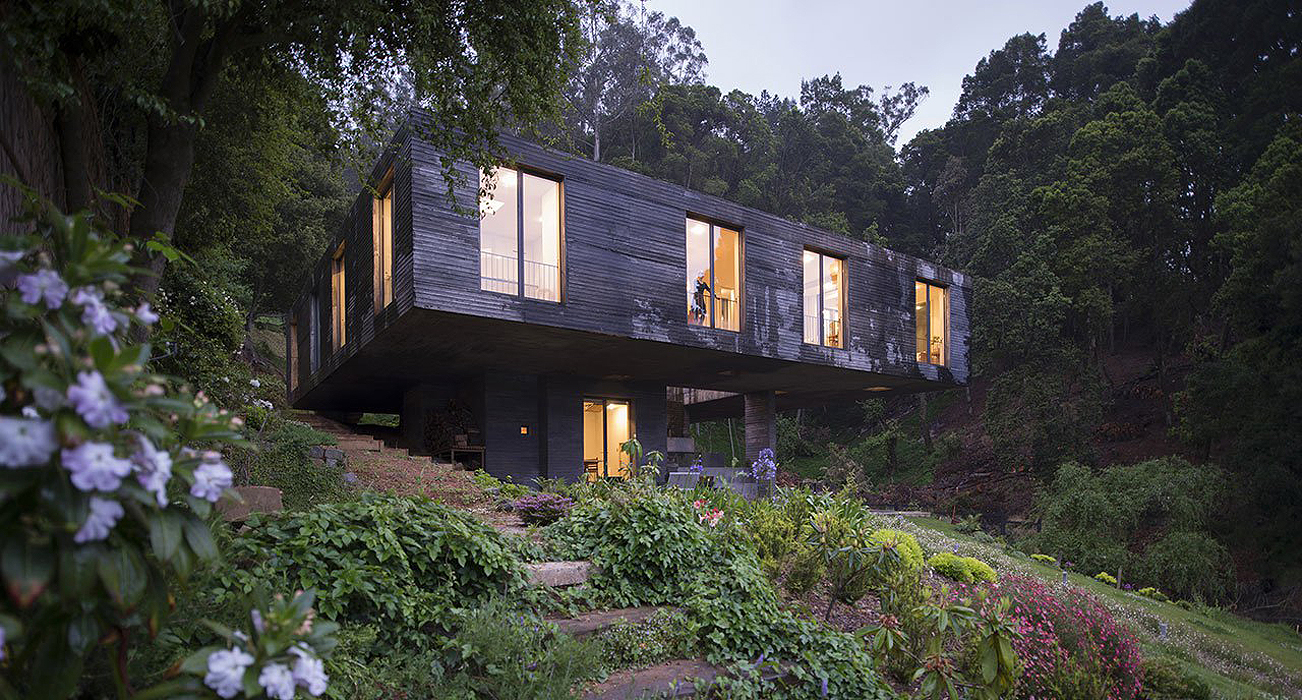 In an attempt to balance the diagonal sweep of the land, the larger two square floors – measuring 20 metres on each side – rest atop of smaller, 8.5 metres floors. The resulting feeling of balance and precarity is much the product of the perfect proportions as it is on the viewer’s eyesight, as the majority of the home’s upper floor appear to be suspended in mid-air. 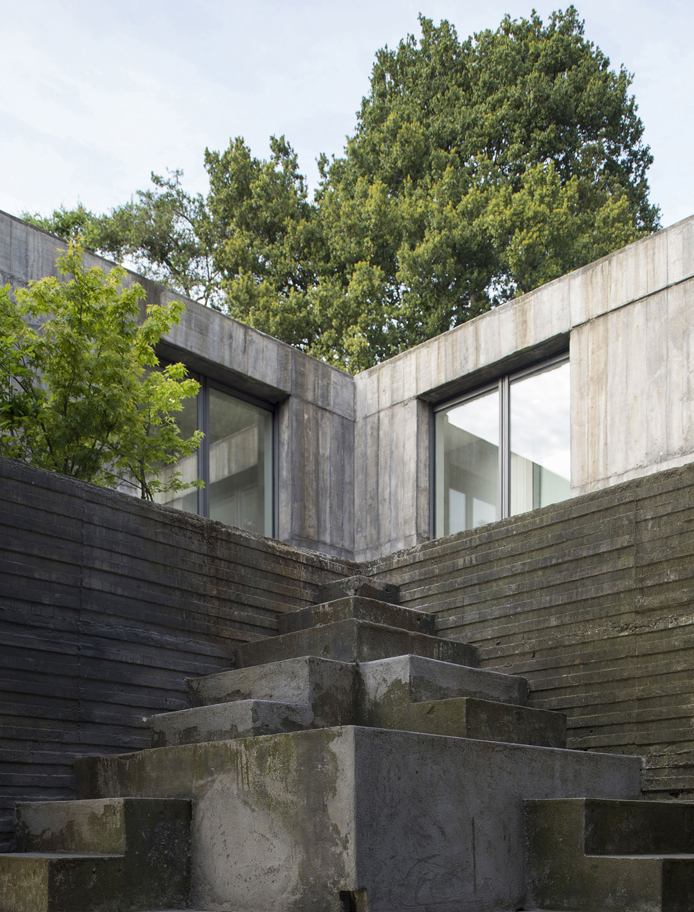 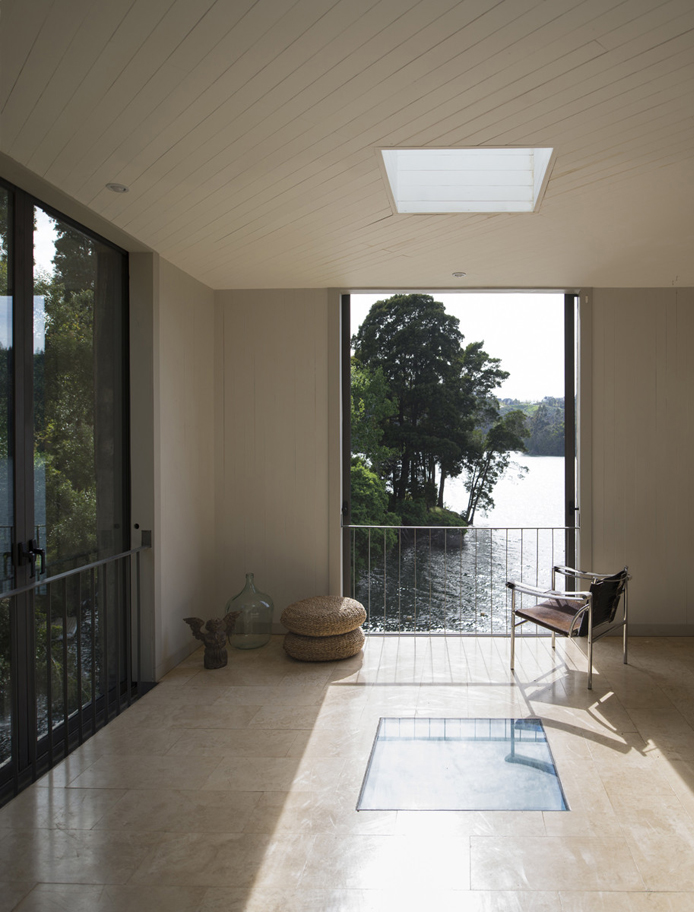 The considered geometric design plays a leading role across the entire house. Although the home is divided into its ‘equal quadrants’, each room is left exposed to the outdoors on all four sides, bringing in the light and the fresh, eucalyptus-scented air.

Take a tour of the home in the image gallery above courtesy of PEZO VON ELLRICHSHAUSEN. 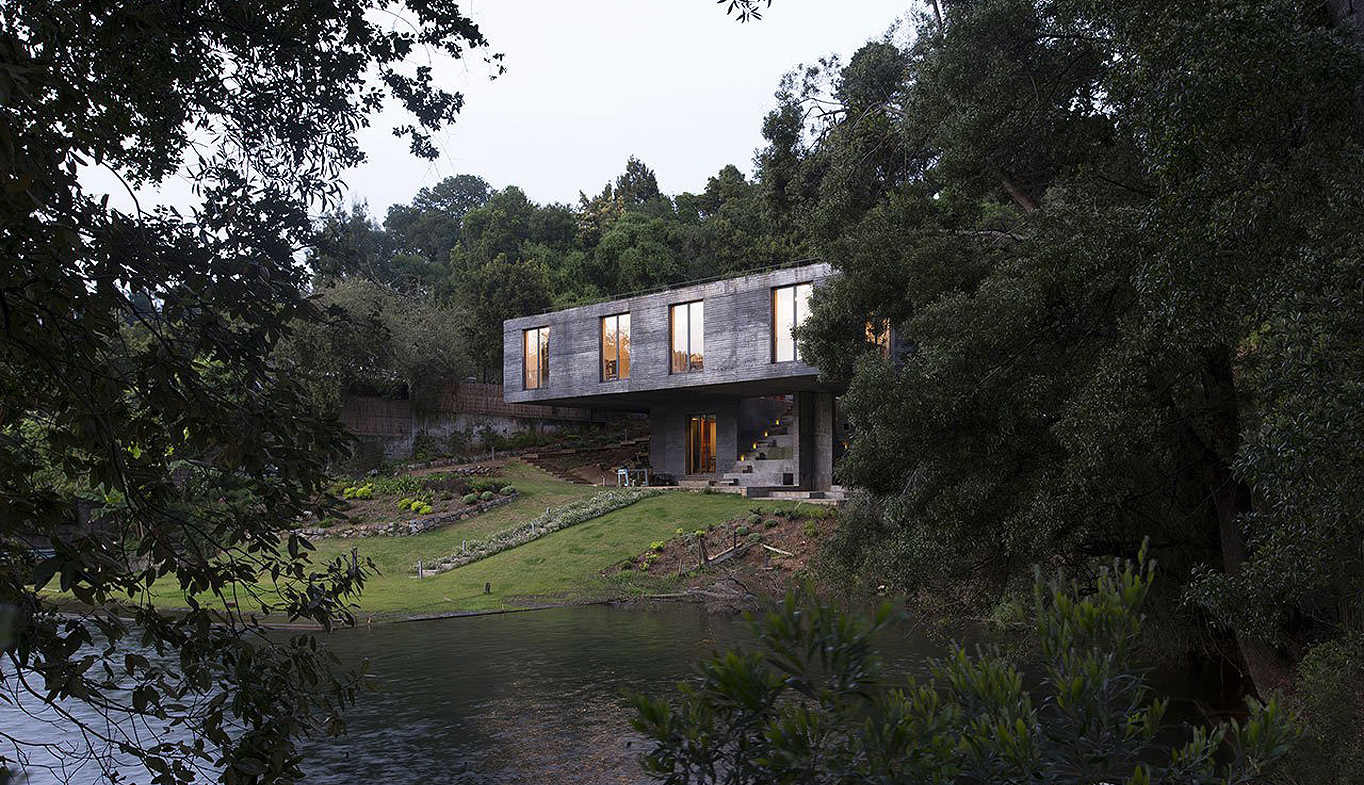