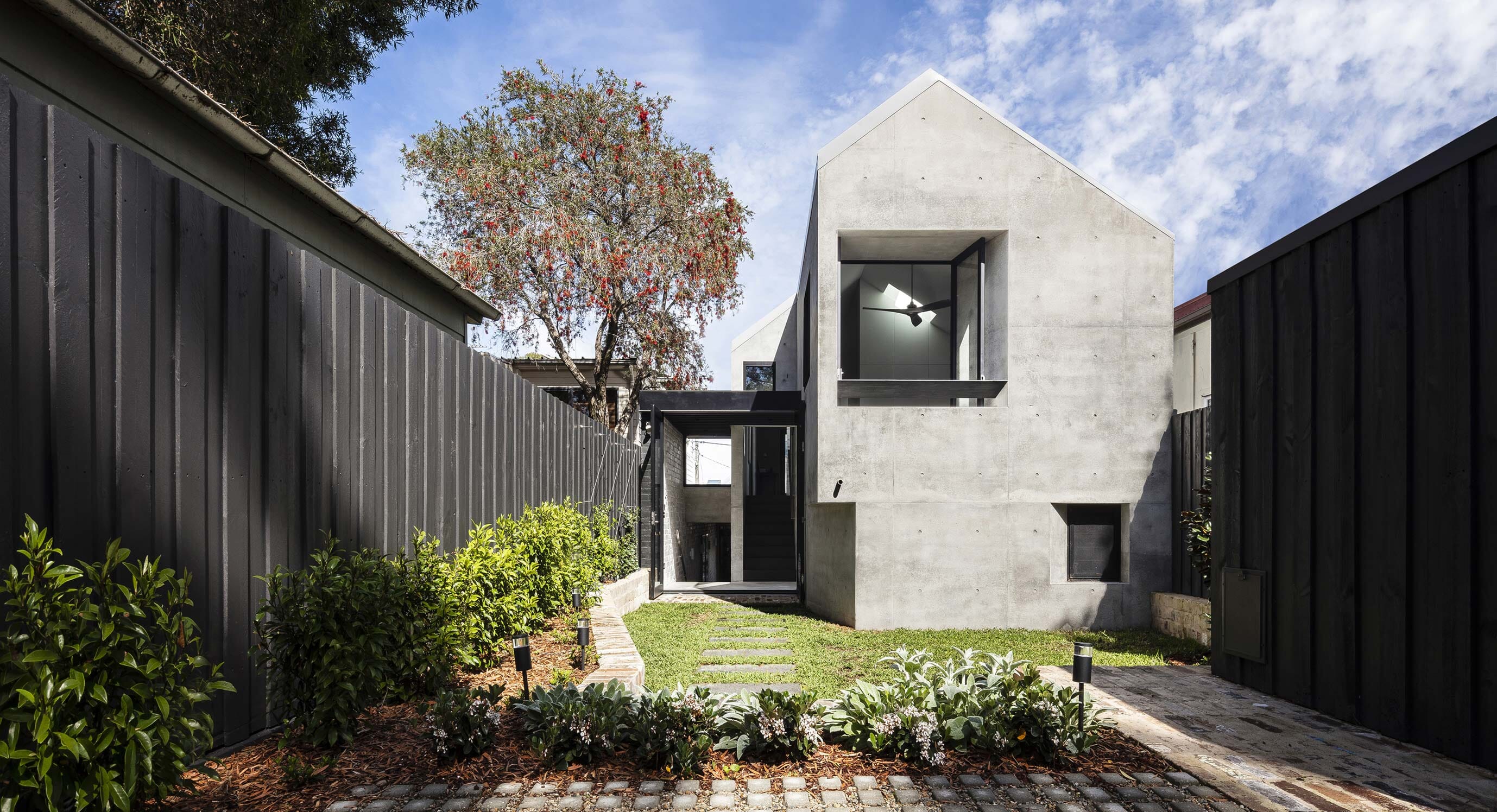 Located in Sydney’s inner-west, Benn + Penna Architecture’s Balmain Rock House used to be a cottage. Originally built in the 1860s, Balmain Rock House appears to have almost nothing in common with its history, but dig a little deeper and you’ll see that there are deep connections between this modern alteration and its past. 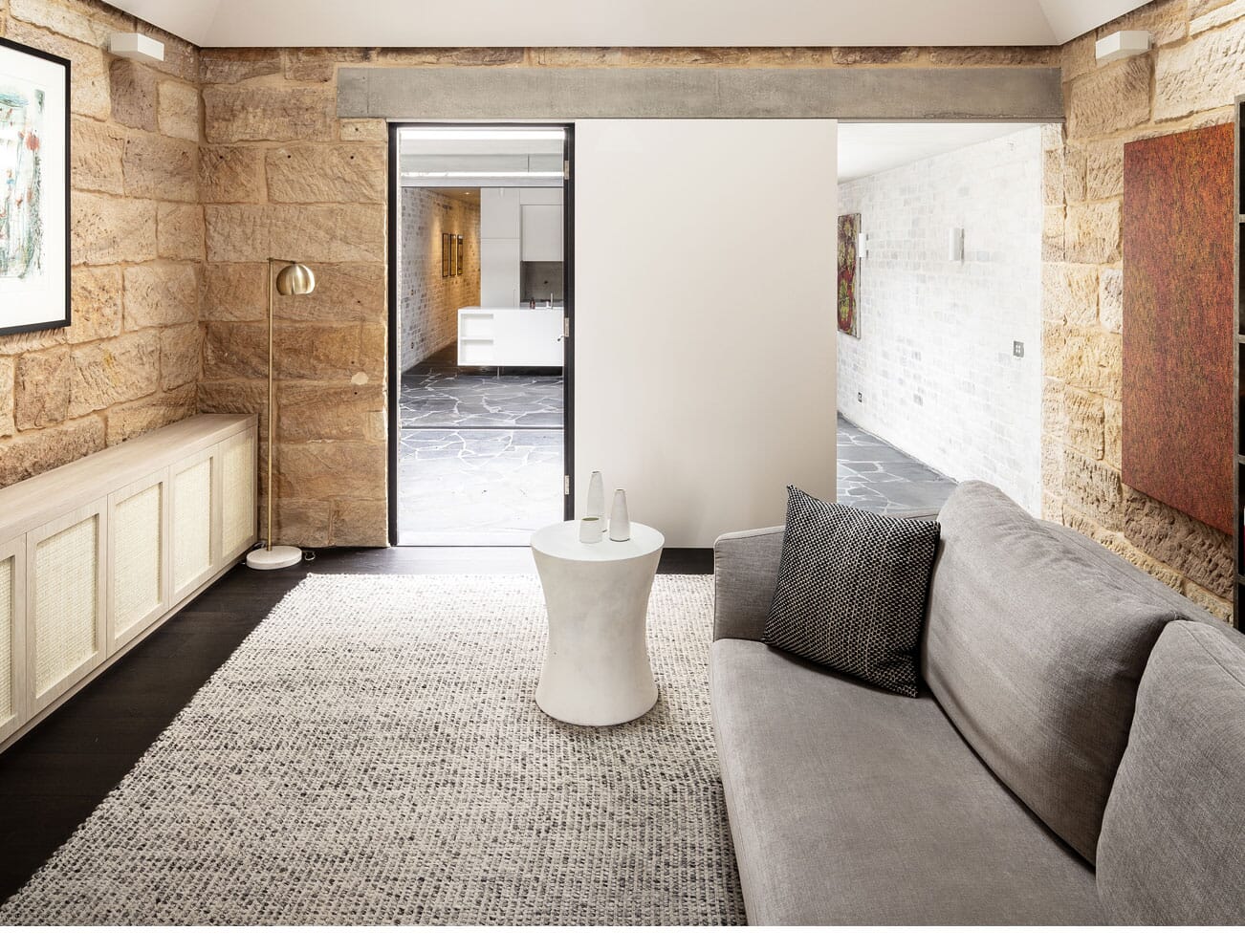 More recent additions to the cottage were demolished to reveal the original cottage that has been transformed into the main living room. In stark contrast to the quaint yellow stone cottage is the new concrete pavilion to the rear that contains a new kitchen and dining space as well as the bedrooms and bathrooms. 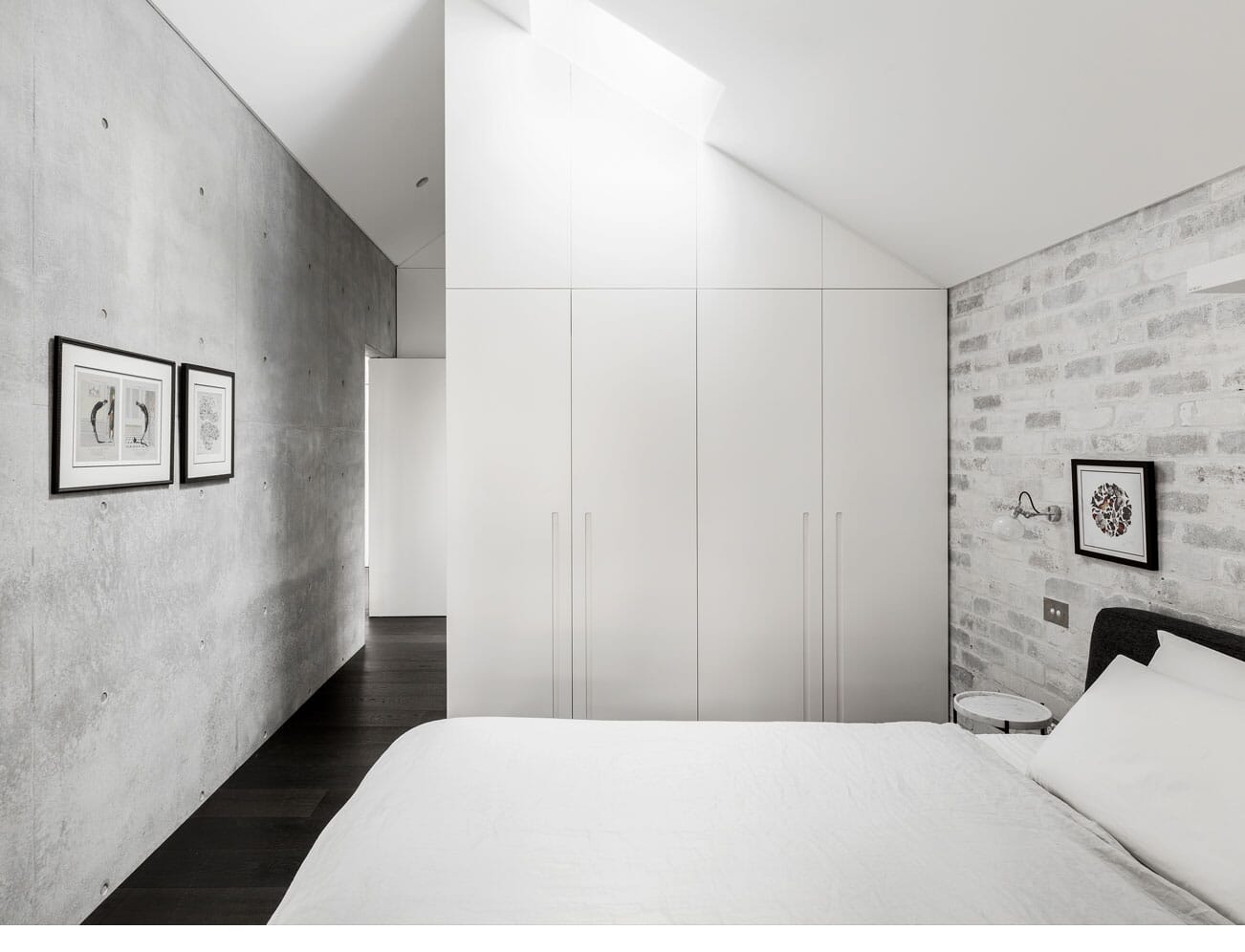 Conceived as a shadow of the existing cottage, the concrete pavilion acts in contrast to the old build, while at the same time, the two complement and enhance each other’s characteristics. Concrete was selected by the architects because of its rock-like quality which alludes to the sandstone cottage. Symbolically – intentionally or otherwise – the anachronism of the separate volumes meets at a courtyard where activities from the living room and dining room come together: the most social area of the property.

The new pavilion unfolds as you move through it, a sculpted skylight siphons natural light into the dining room while upstairs the bedrooms sit at either end of the structure. 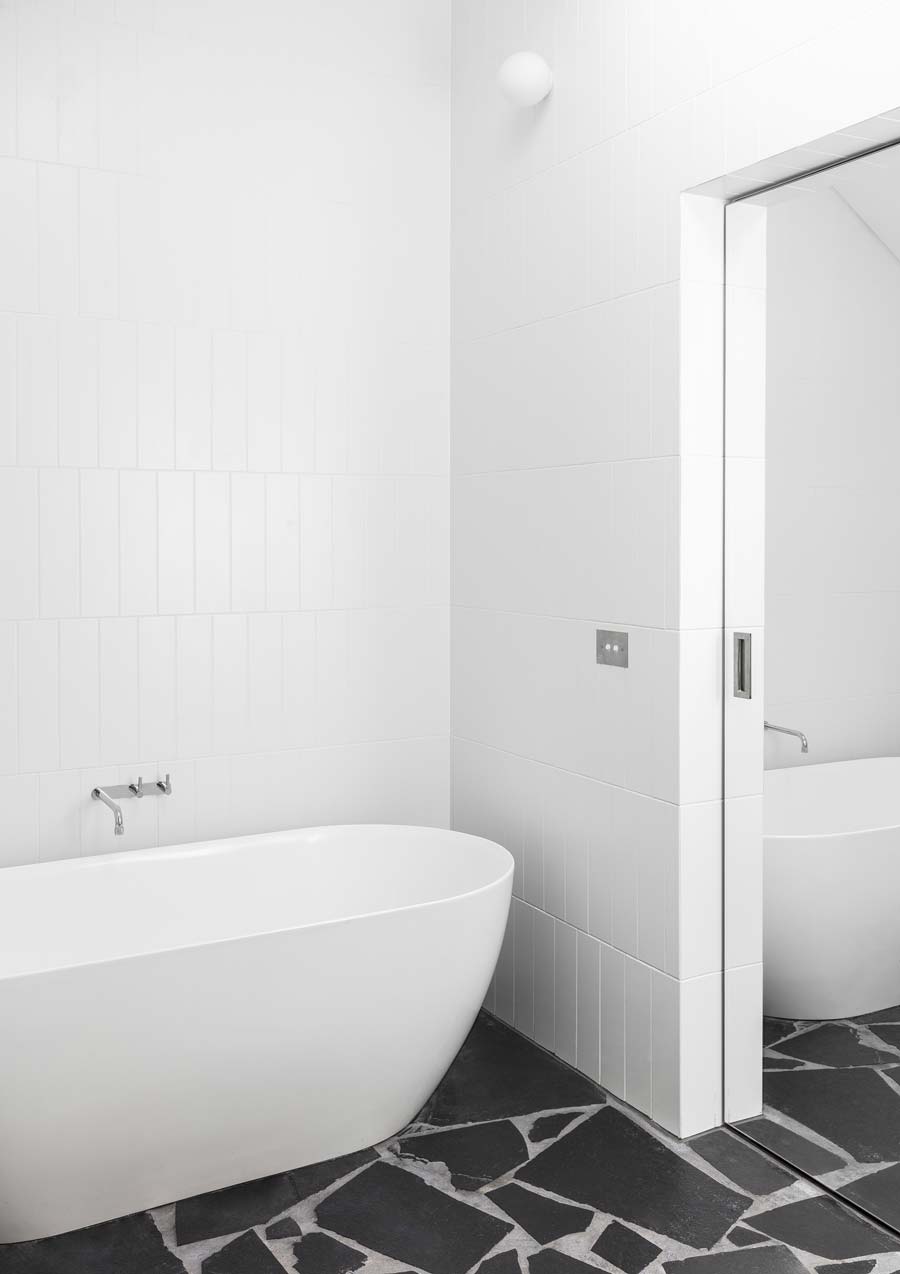 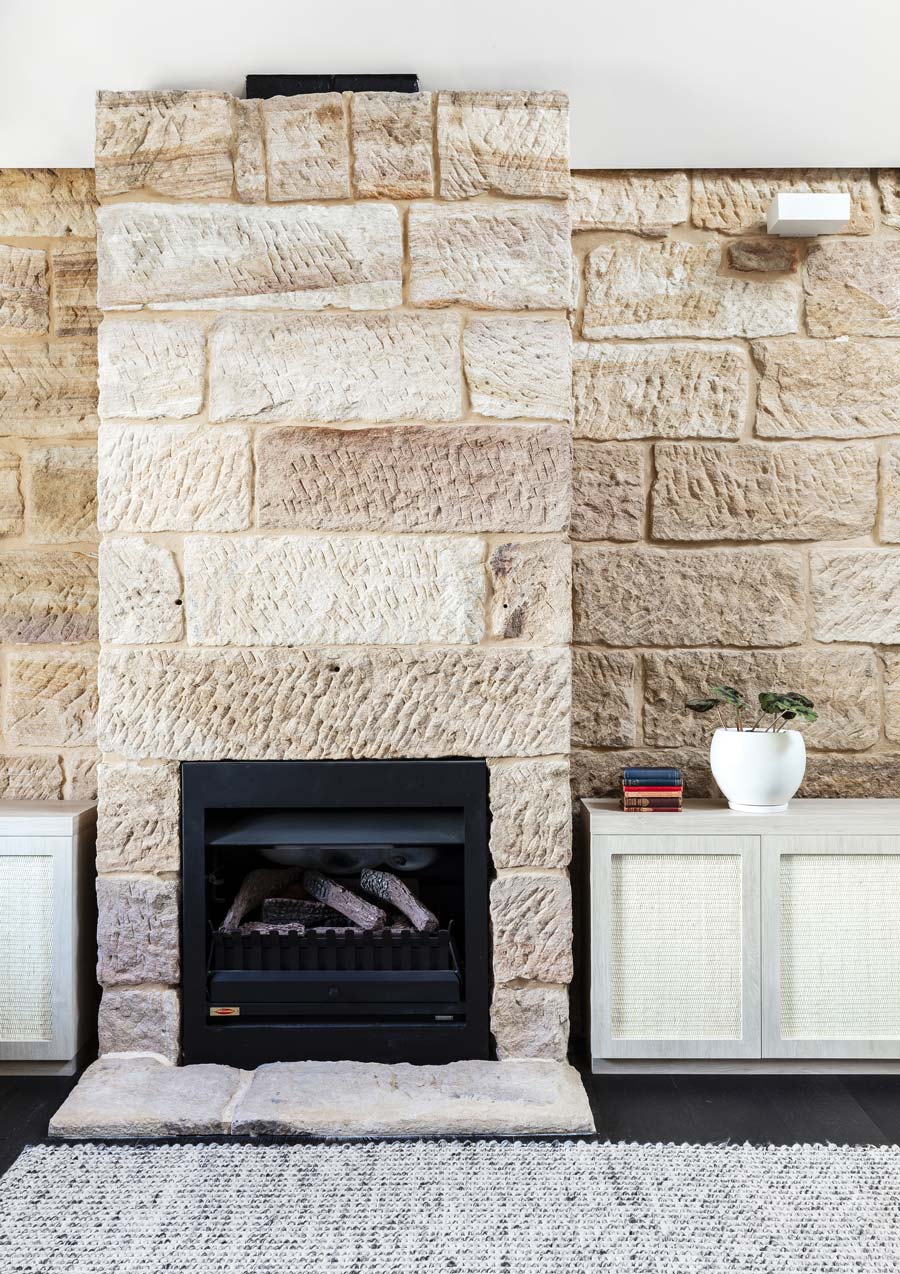 Benn + Penna Architecture’s Balmain Rock House embodies the reason that we love architecture. Not only does it look great – the modern and minimal interiors perfectly put together – but it tells a story, connecting two distant times in a space to be used for generations to come. 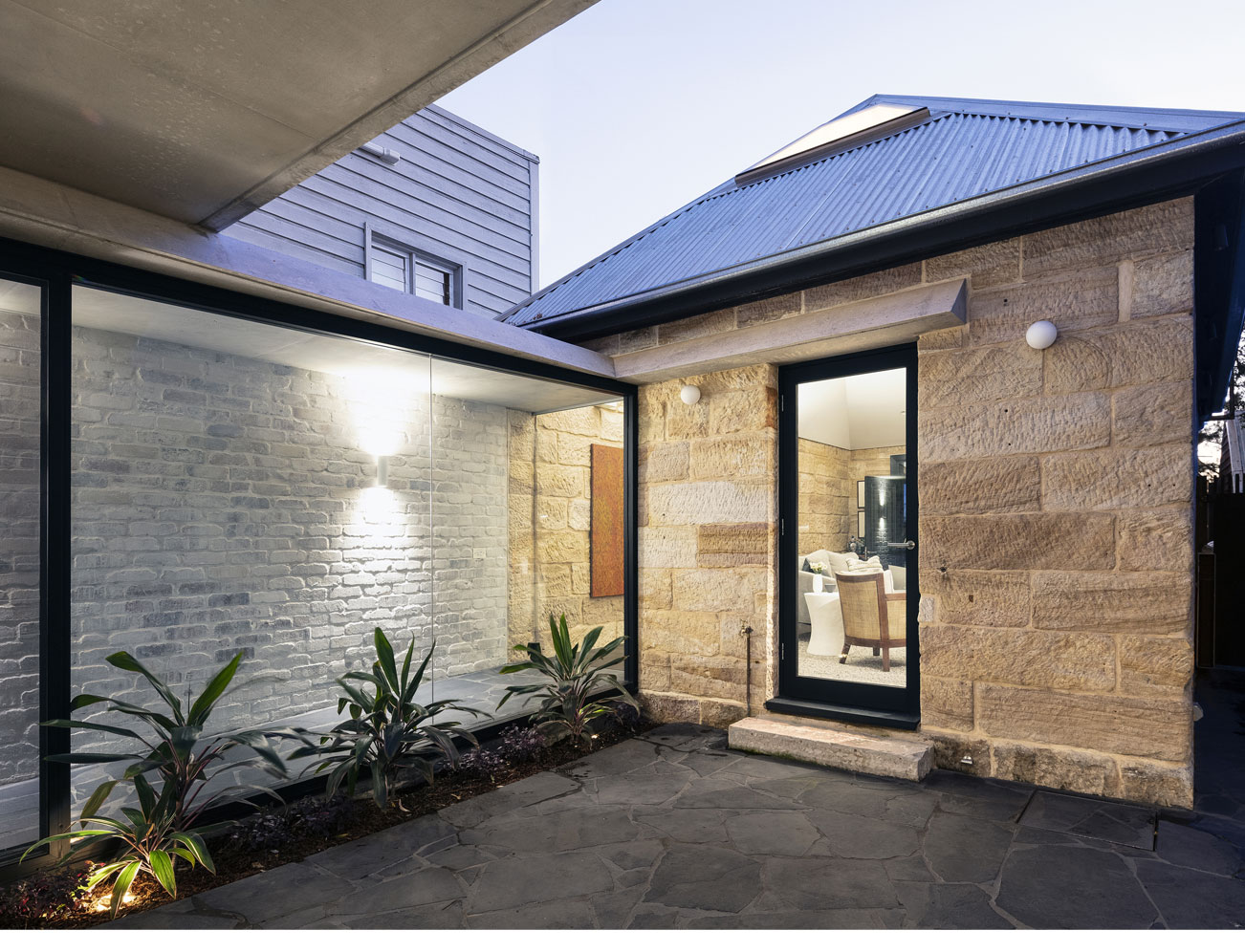 Head to Menu if you're wondering how to instil your interiors with a touch of Balmain Rock House's industrial feel.