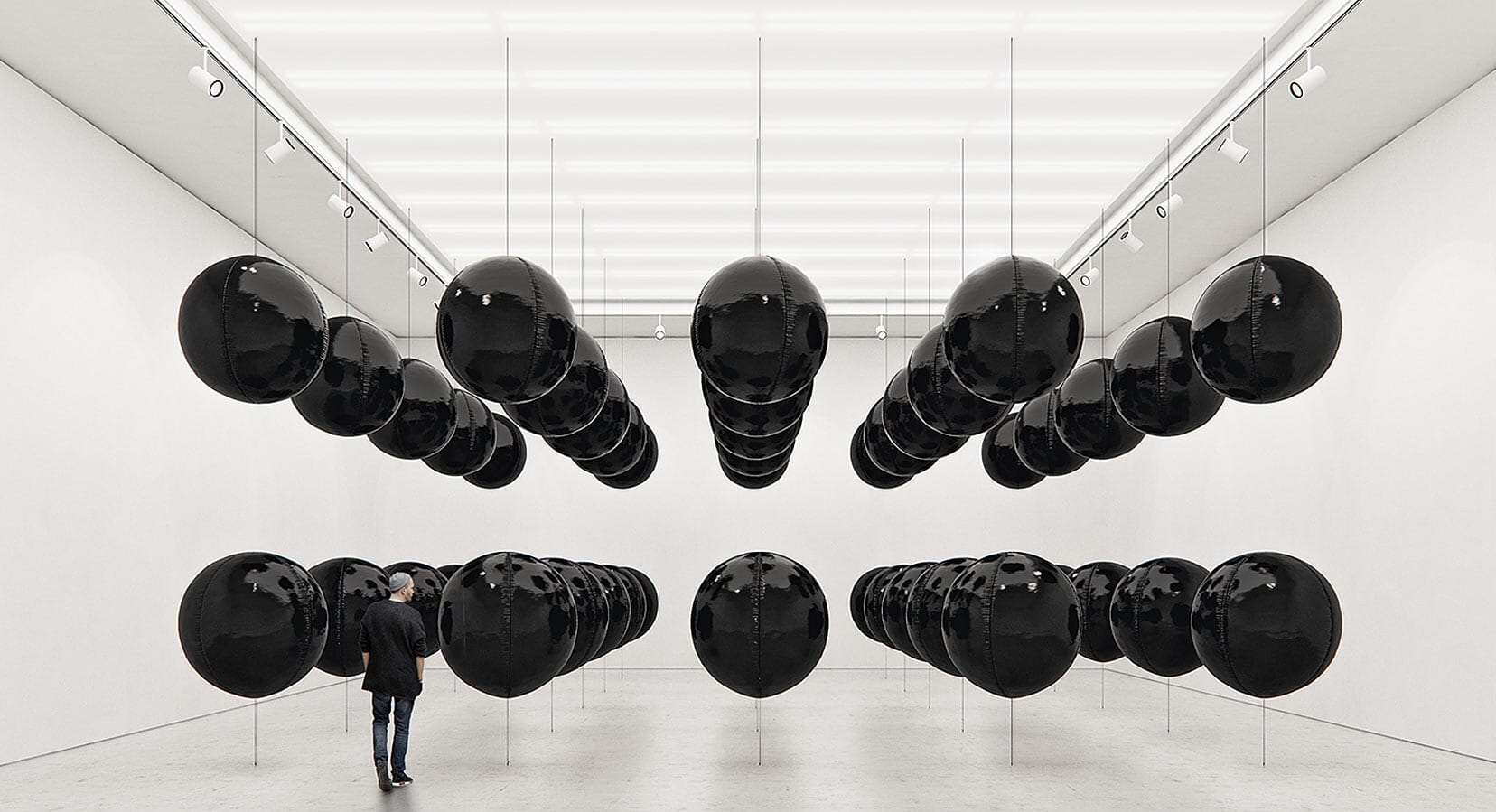 Satisfying one’s curiosity is one of the greatest sources of happiness in life. For Tadao Cern the spontaneity and drive of ‘curiosity’ led him to turn his back on the ‘monotony’ of being an architect in favour of exploring his innate, creative desires as an artist. His latest ongoing exhibition titled ‘Black Balloons’ is a direct result of his curious endeavours – as one day Cern walked into his workshop and intuitively connected two balloons together. The entire idea was conceived as naturally and as efficiently as that. 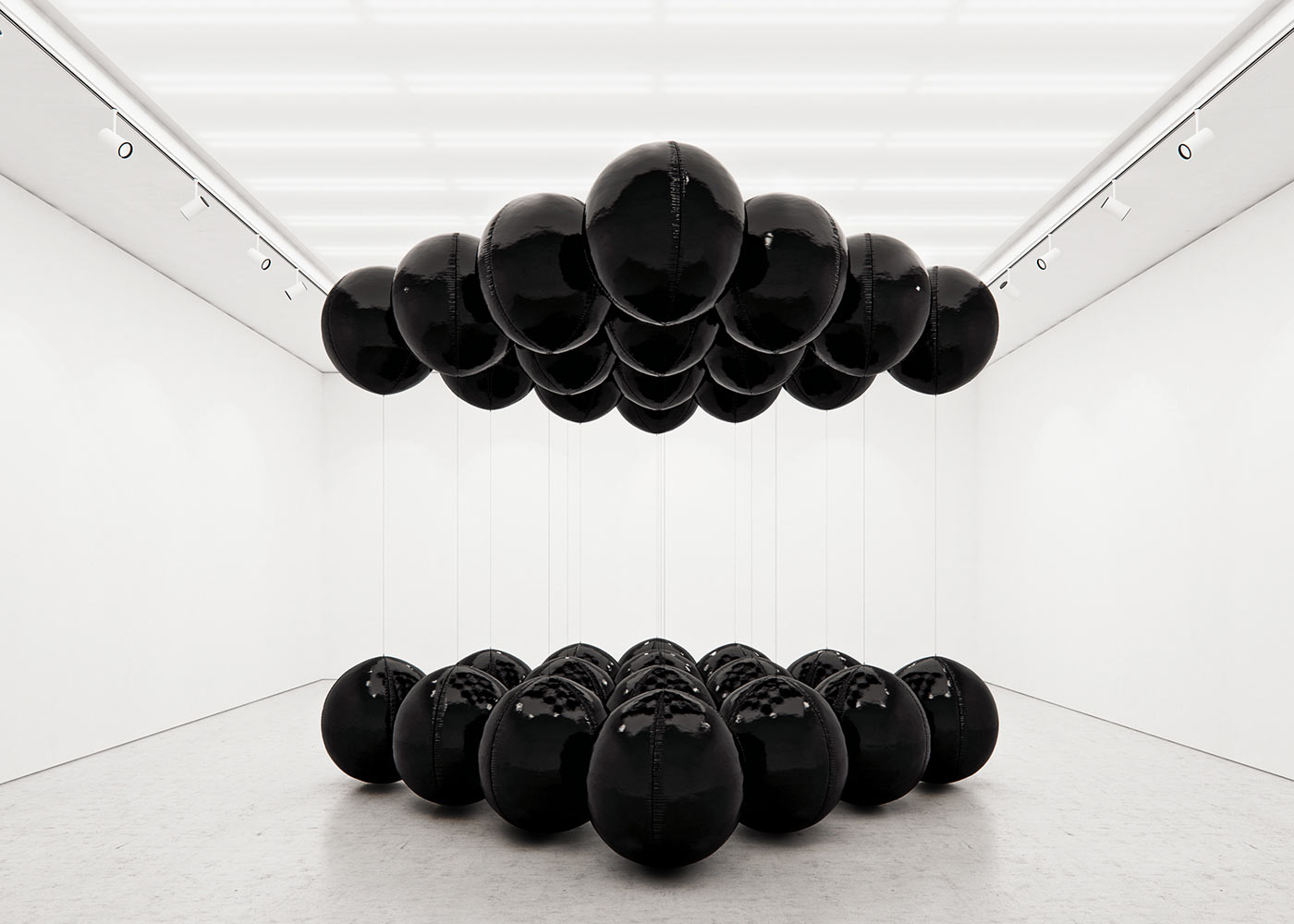 The simple juxtaposition between the two identical balloons overwhelmed Cern and it continues to do so today. The delicate balance conjures a number of questions every time you look at it which, in fact, is a testament to the entire project – its captivating quality.

Through using two different gasses, helium and sulphur hexafluoride, Cern managed to create the delicate balance where two balloons appear identical yet completely different. The fascination of the series is made greater through floating balloons in different scenarios, one being in the middle of the glass tank without anything connecting them, and the second seeing the balloons perched delicately on top of sky-high buildings. 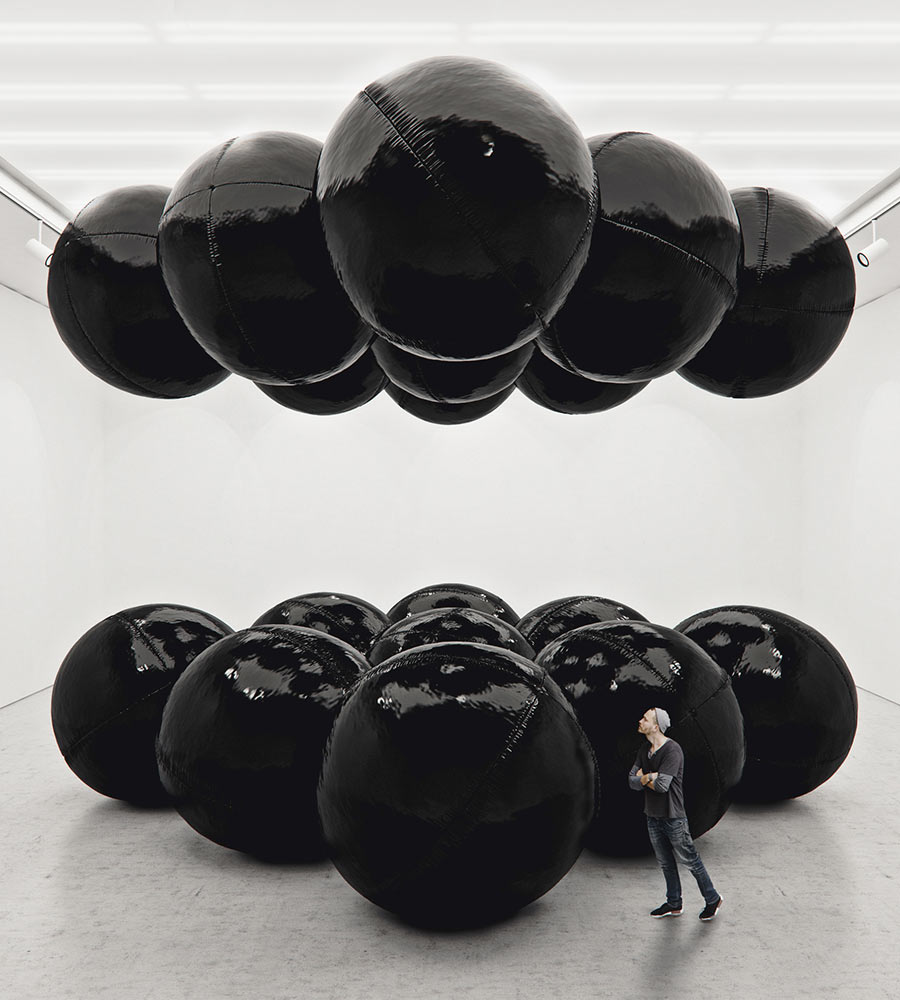 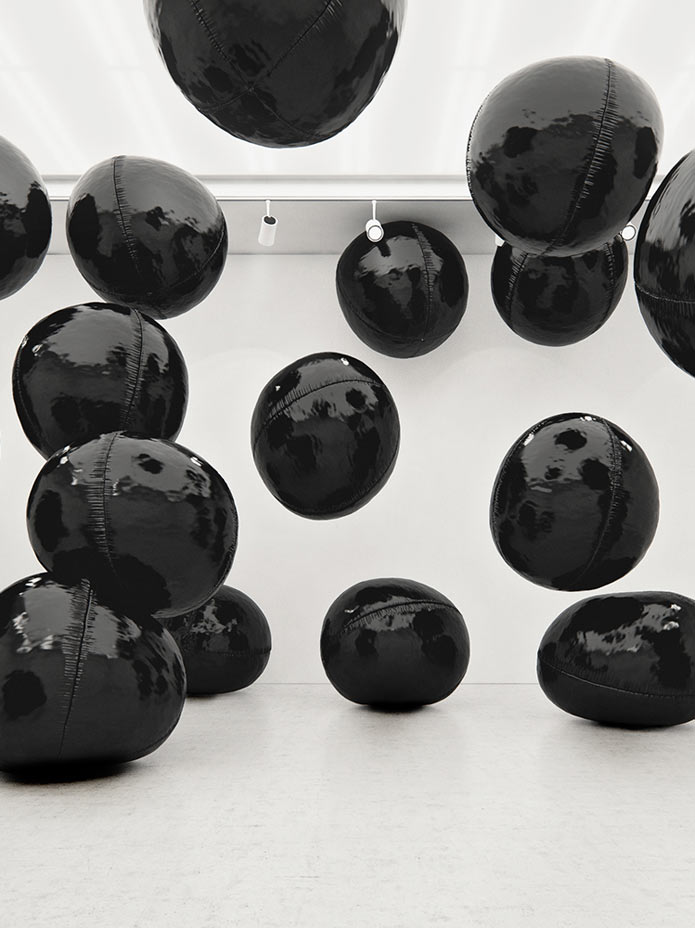 What is more, the exhibition continues to evolve and interact with spectators in a variety of ways, and knowing that these particular installations only last for a short period of time makes them feel even more alive.

The only question that remains is what’s next? With their simplicity and balance, the possibilities of Cern’s ‘Black Balloons’ holds no boundaries.

All images courtesy of Tadao Cern. 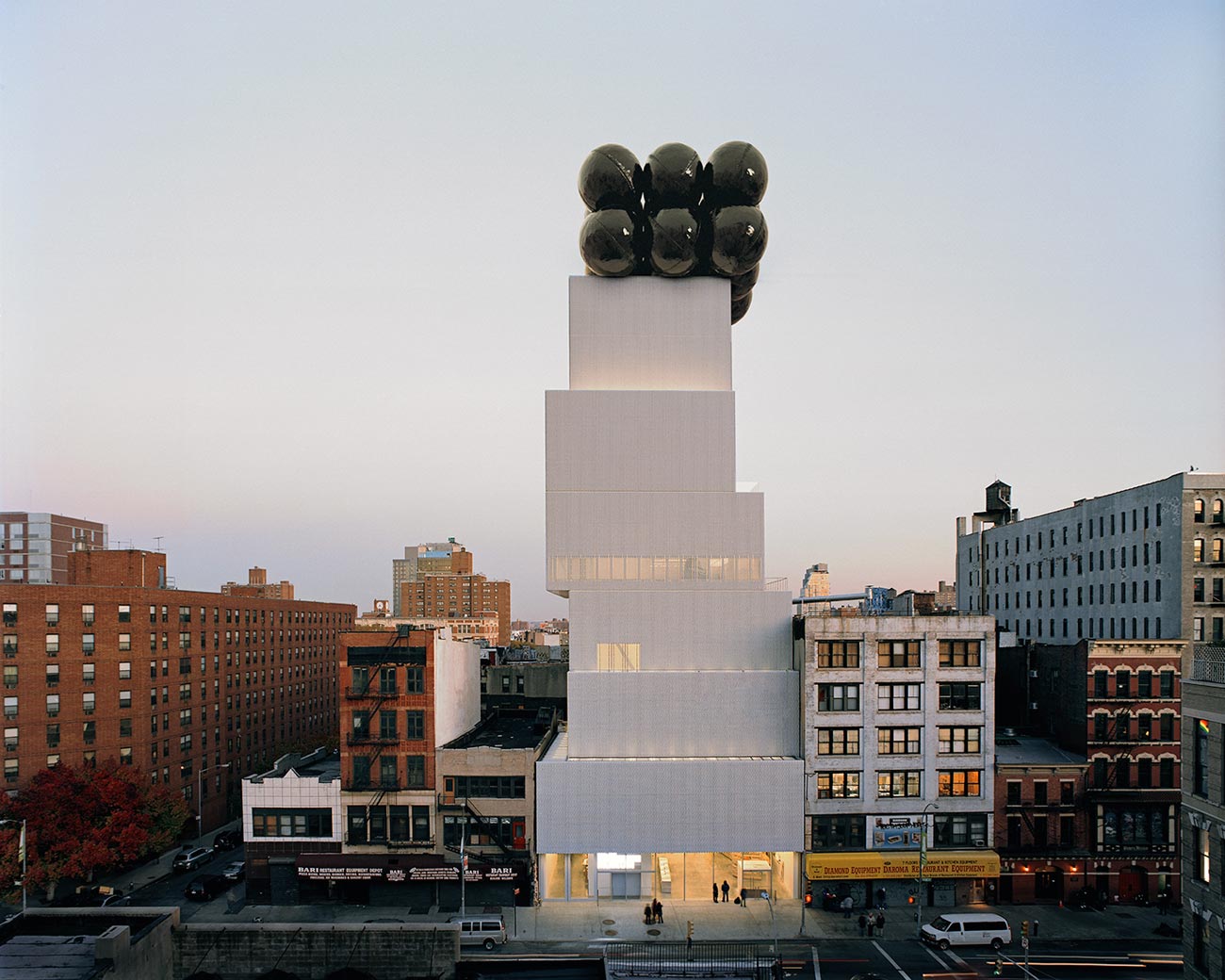