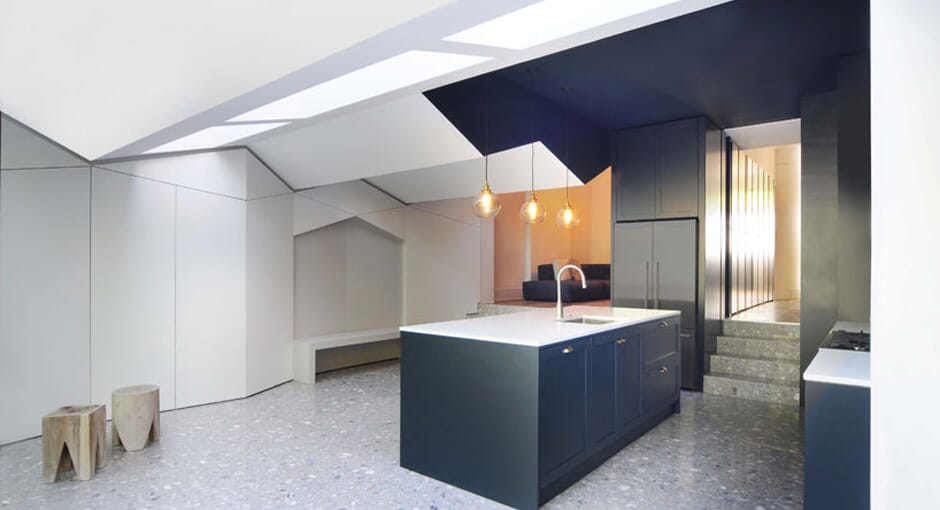 Terraced houses are the spirit of family life. And after all, home is where the heart is; so your home should be as special as it can possibly be. The Bureau de Change Fold House showcases just how it can be done; taking stylish residential living to whole new heights.

The ‘Fold House’ sees the creation of a bold, contemporary space characterised by a pleated roof-ceiling. Providing a geometric element to the house, the intricate roof transforms a quintessential terrace house in to an enchanting tavern of secret space, light and design.

As Katerina Dionysopoulou, co-founder of Bureau de Change explains: “With the pleated roof we wanted to not only bring a graphic feel to the modern extension, but also to create a feeling of motion which would emphasise the meaning of old and new.”

The fluctuating angles of the structural roof has allowed wide, framing skylights to be installed, that allows natural light in to the kitchen and adjoining communal space. The relationship of light against the angled roof makes the design appear even more profound; constantly creating new shadows which form an extremely engaging element to the house.

The extension interior deploys a rich palette of materials and textures to accentuate the difference between the old and new, providing different experiences with space depending on where you are in the house. The combination of midnight blue and white surfaces that adorn the extension ‘visually mark the transitions between living spaces’ and as a result, provides a refined clarity to the project.

Simultaneously, the interiors spill out into the exterior, with the large concrete slabs, encaustic tiles and tonal parquet complementing the complexion of the original building as it stretches out in to the garden and nearby woodland area.

The talk of the terraces, The Fold House, defies both time and space to create an eloquent family home quite like no other. 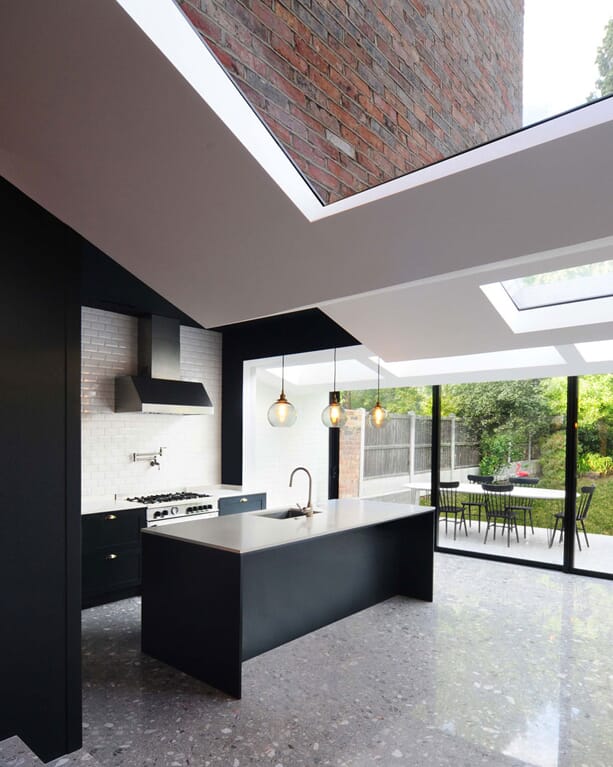 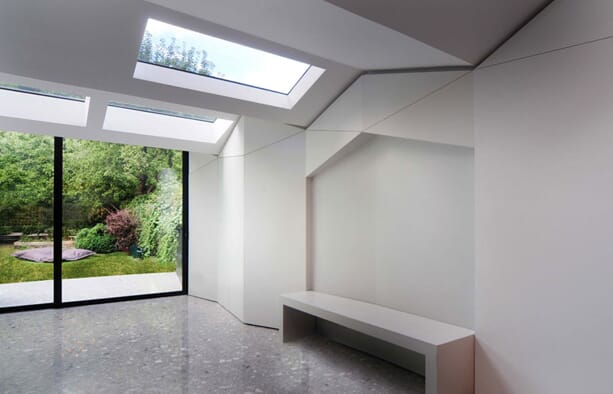 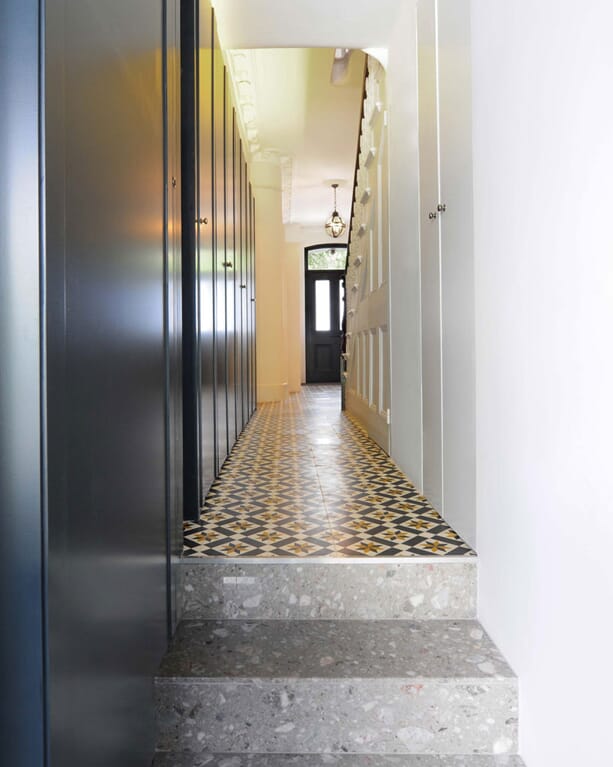