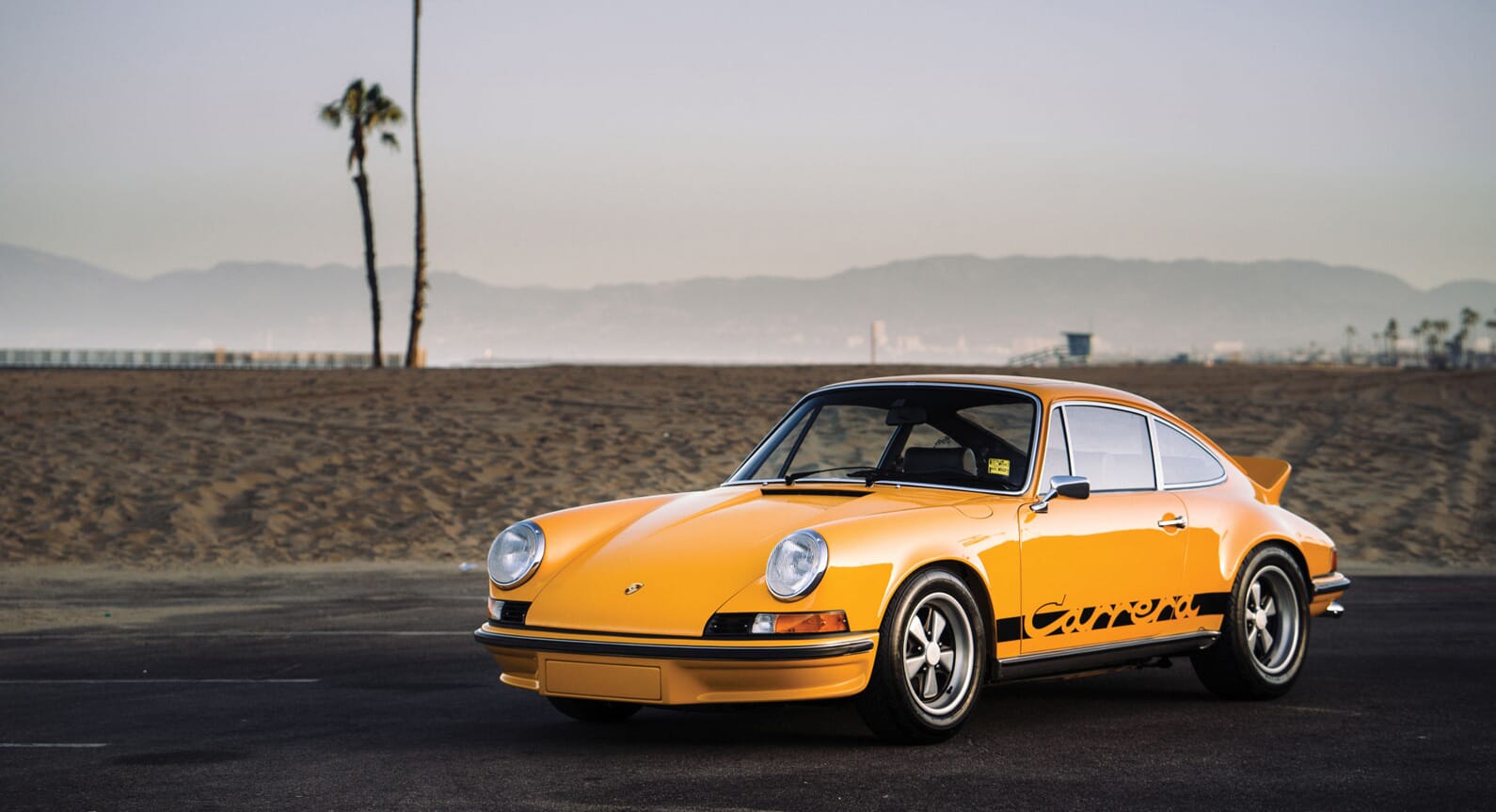 Some things in life you just never tire of seeing. The Marco Van Basten volley vs. the Soviet Union in 1988 is one. The satisfaction of seeing your Instagram post receive a steady stream of likes could be perceived as another. But one sight that certainly is eternal is that of the Porsche 911. We know we have featured plenty of Porsche’s over the years, but it’s almost out of our control. It just doesn’t matter how many times you see one – whether that’s on the road or on the auction block – they all remain completely enchanting. Just take one look at this 1973 Porsche 911 Carrera and we’re sure you’ll understand.

Quite simply, the 911 Carrera RS represents everything that the Stuttgart automaker stands for – and it still remains the company’s most replicate design of all-time. 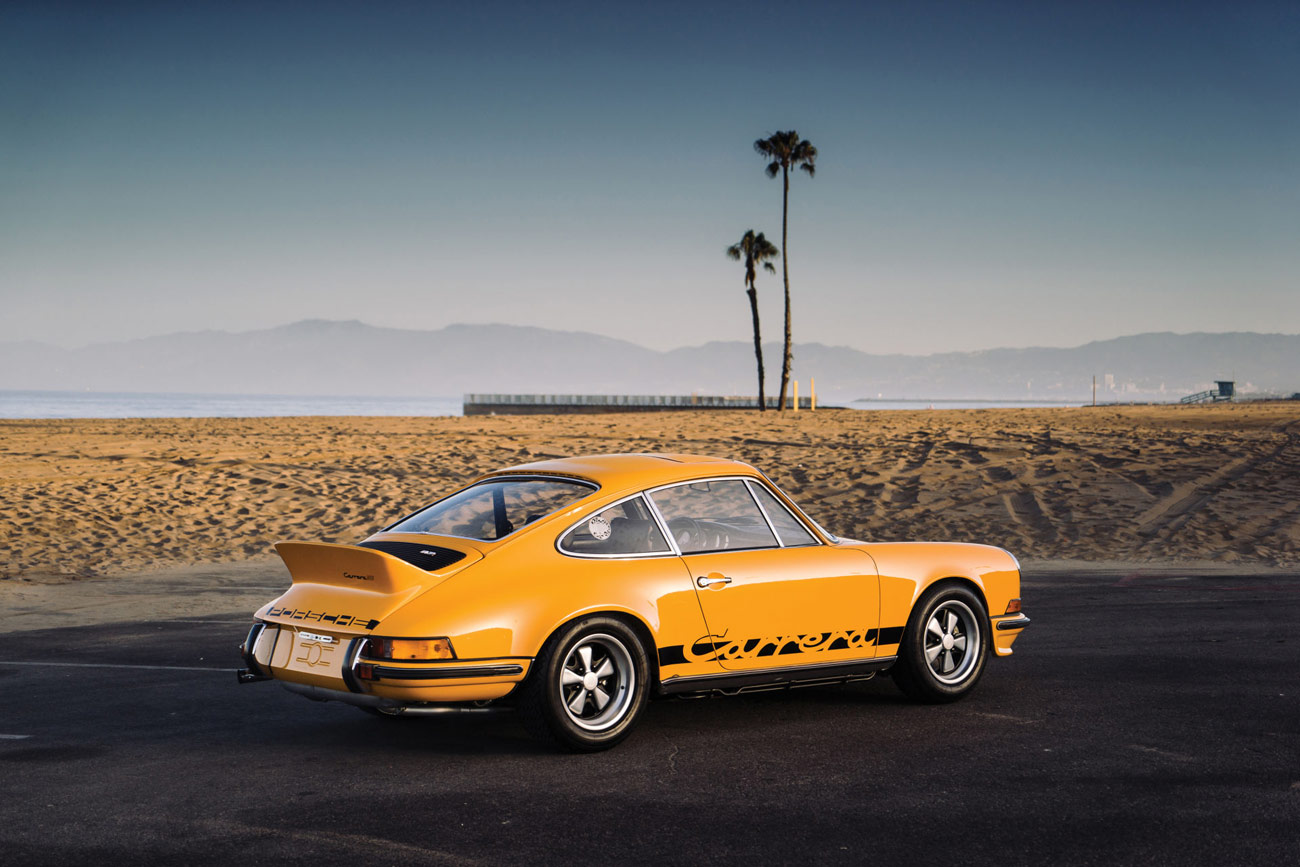 But the enigmatic RS began life as a way to a means – as it was initially built in order to qualify Porsche for the RSR Group 5 Competition. At the heart of the new RS sat a new, improved and more powerful engine. The customary 190bhp 2.4 litre 911S was given full, larger cylinders with 90mm pistons, to ensure the 911 Carrera offered an enthralling driving experience on both the road and the track.

Celebrated as a whole new way to approach sports car engineering, the Porsche 911 Carrera concealed a multitude of added mechanical extras such as fully independent rear suspension, powerful four-wheel disc brakes and the esteemed Type 915 five-speed manual transaxle. As a result, the car possessed scintillating acceleration, reaching 0-60 in 5.5 seconds, alongside trusted stability to harness the maximum velocity of 149mph. 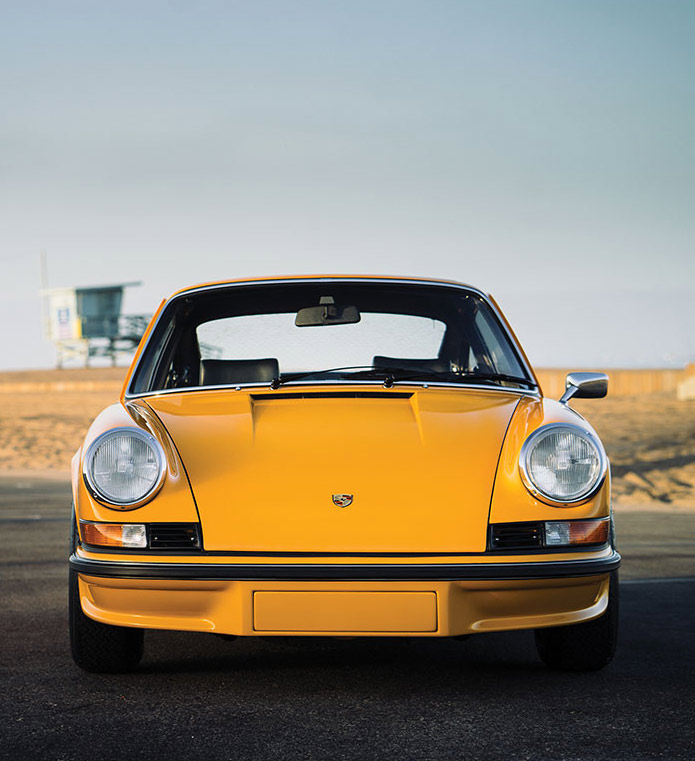 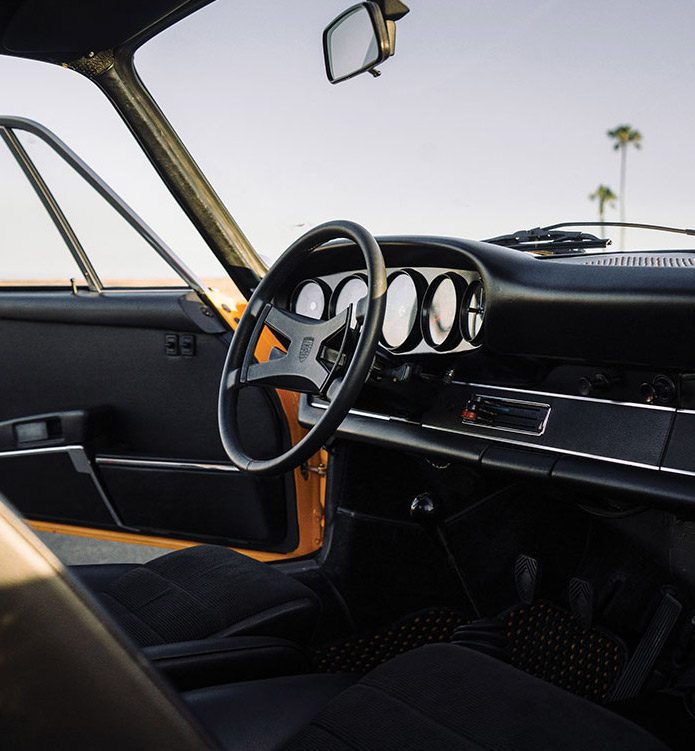 The first production run of 500 Carrera’s sold out before the car was even unveiled at the 1972 Paris Auto Show. This particular 1973 911 Carrera RS, rolls up to auction at RM Sotheby’s Monterrey auction on the 18th-19th August, as one of the very best examples of the iconic model in existence. With RS’s becoming increasingly hard to locate and preserve, this Touring 911 comes complete with the original electric yellow paintwork with complementing black race stripes – a design feature that ensures this particular 911 is a little bit more special than the rest. 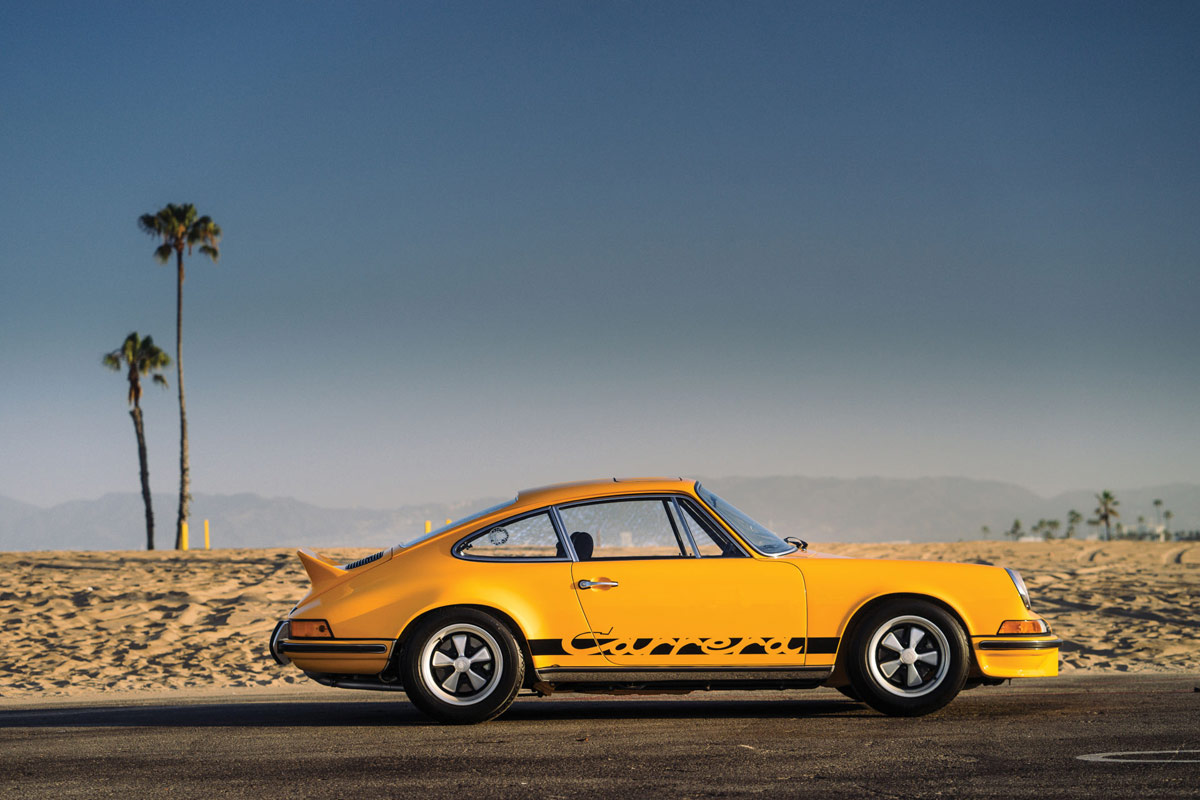