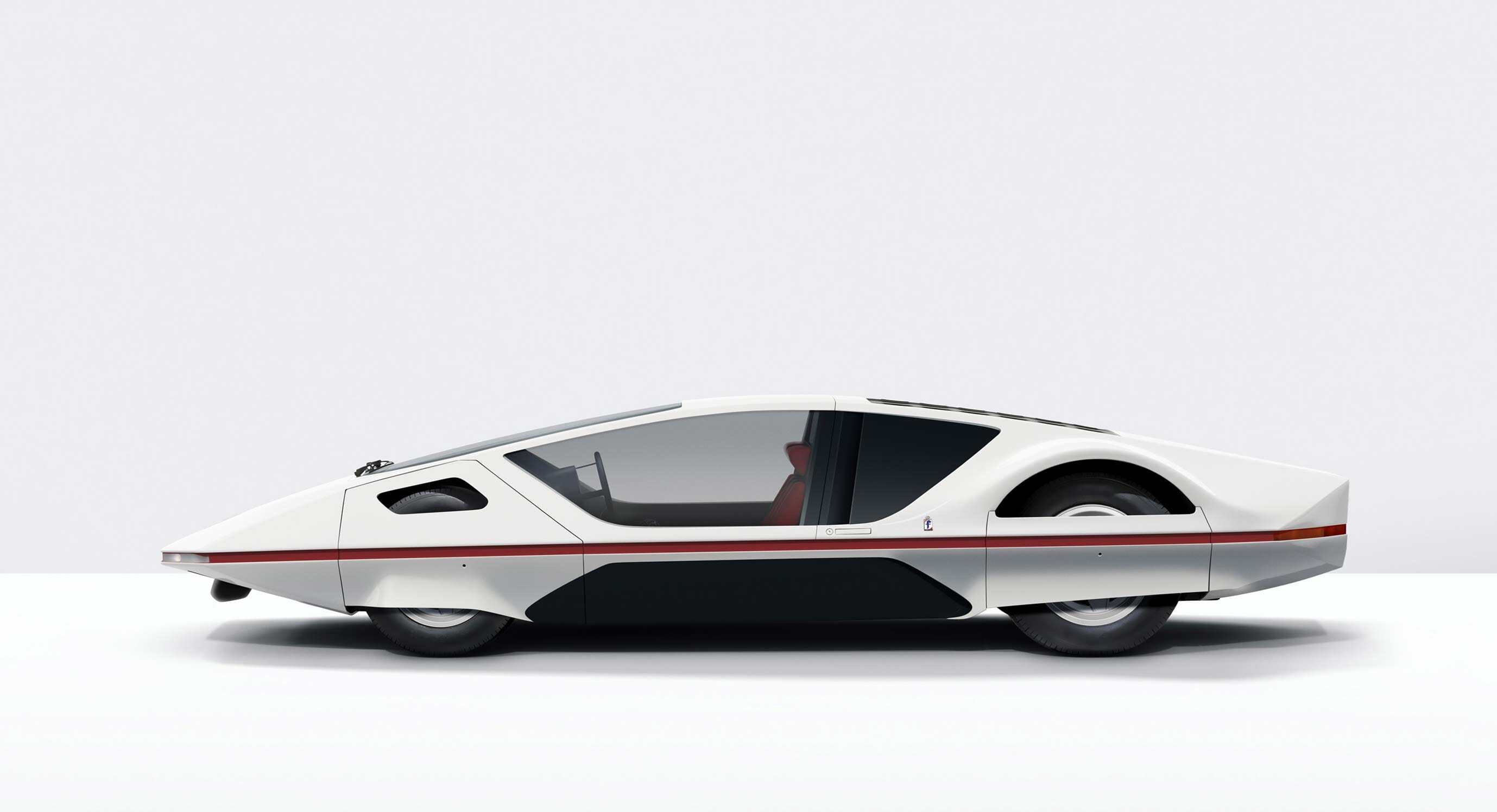 James Ball is a design and tech obsessive working under the pseudonym Docubyte. All of Docubyte's work is characterised by bold colours and subtle restorative manipulation to bring vintage technology alive. Never have these elements been so apparent as in his new series: Wedged Wonders. 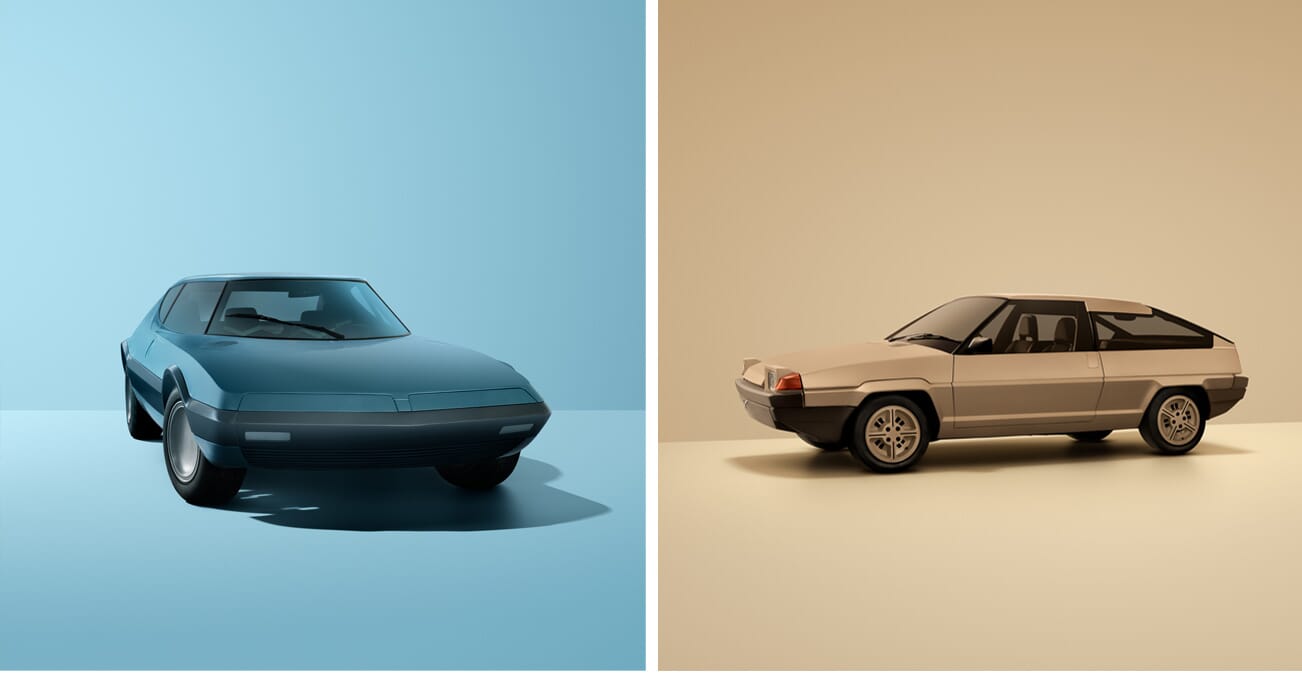 During the ‘60s, several Italian car body design houses became synonymous with avant-garde vehicle styling, namely Bertone, Pininfarina and Italdesign. These design houses would go head-to-head, each time outdoing each other, resulting in a trend for straight lines. The curves of the ‘60s were gone and the future looked boxy. 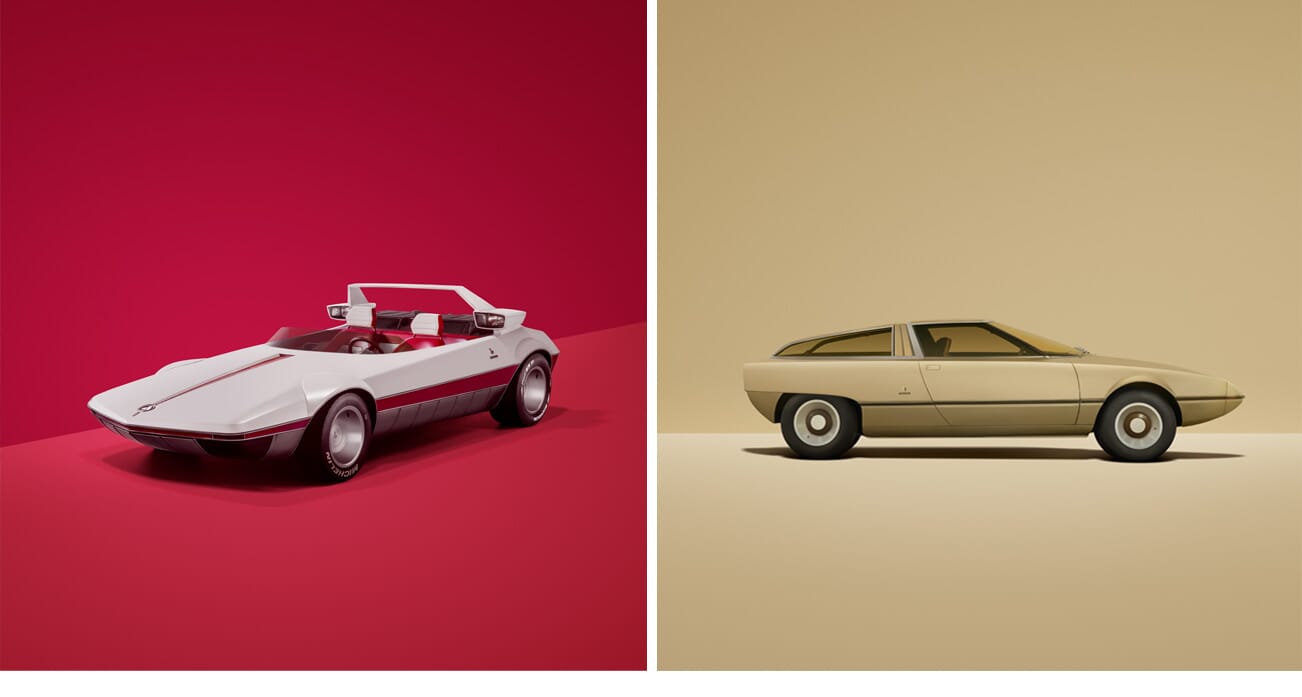 Each of the cars featured in Wedged Wonders is a concept car. These prototypes are the definition of automotive artistry, a sign of the direction and reputation of their creators. Concept cars were a chance for designers to experiment with new ways of thinking and manufacturing, they were never mass produced and are defined by their rarity. 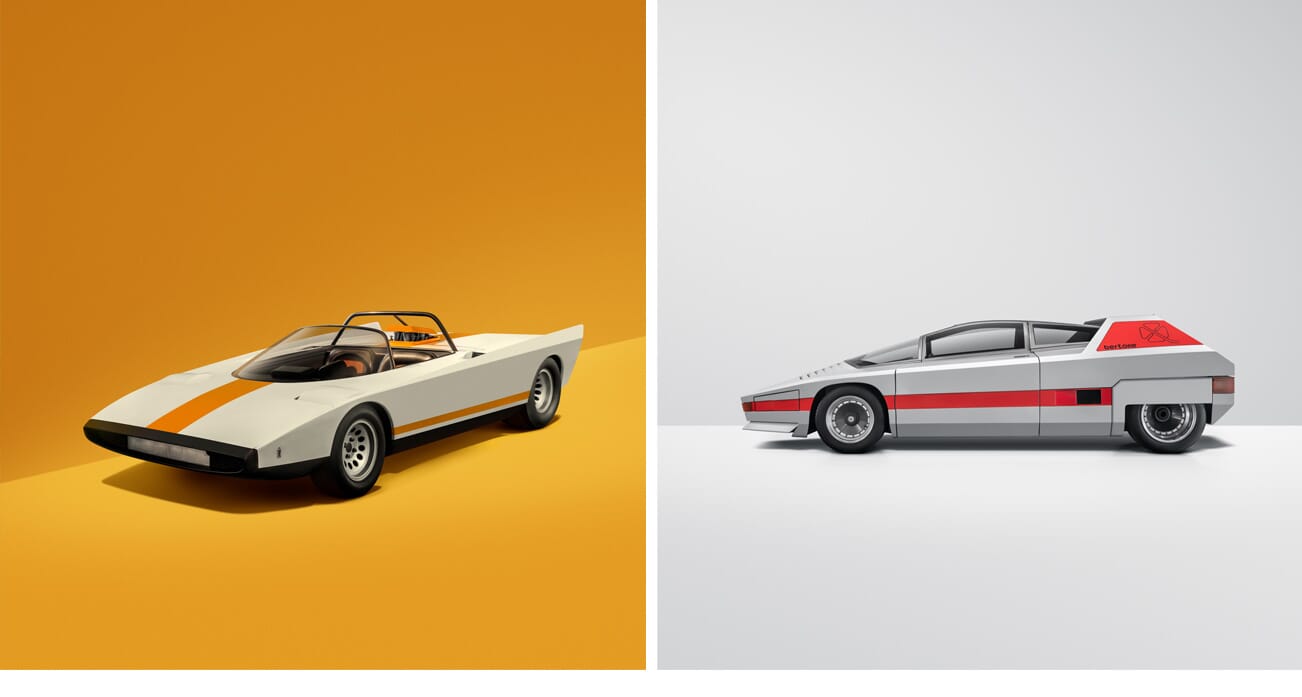 Photographed at automotive museums in Italy, Docubyte has reinvented the images, accentuating the vitality of the designs and bringing them back to life. As rare as these cars are, the cost of upkeep can be astronomical, meaning many are left to age with no prospect of rejuvenation. Ball’s bold backgrounds give the models a new lease of life, emphasising the character of the designs which are at once strikingly vintage and oddly futuristic. 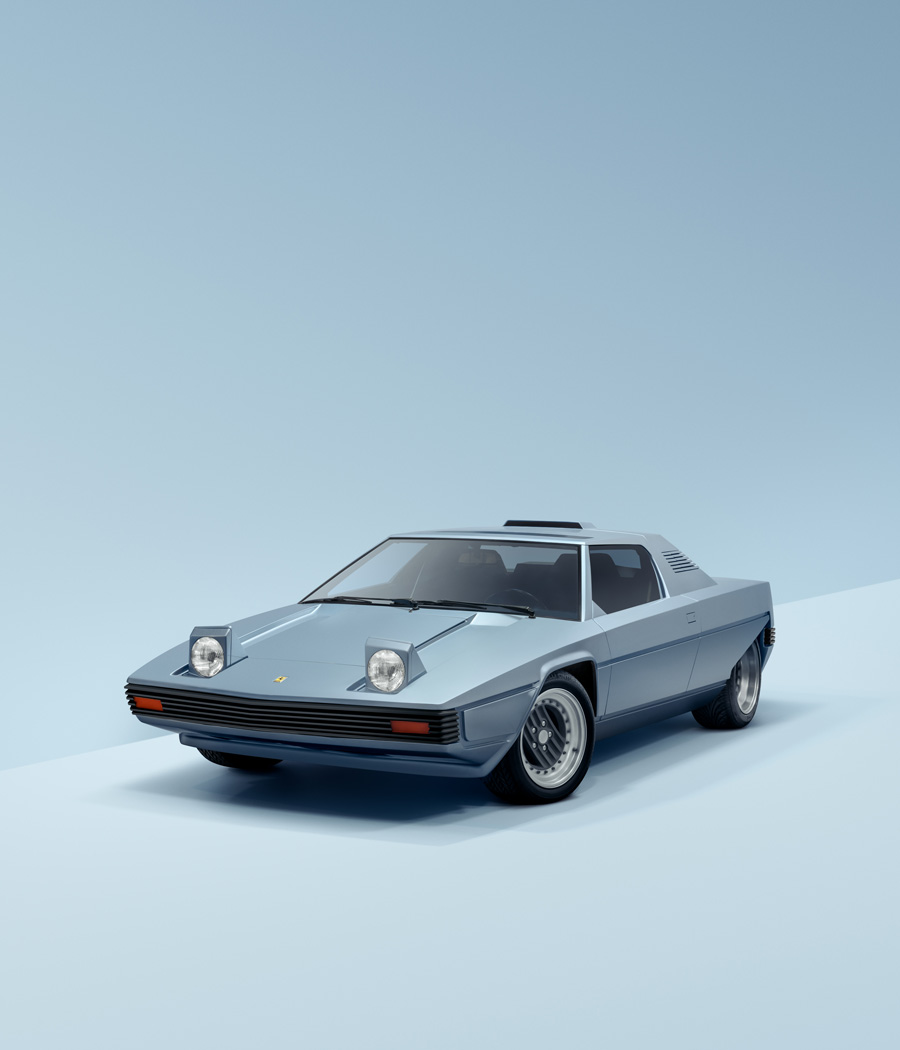 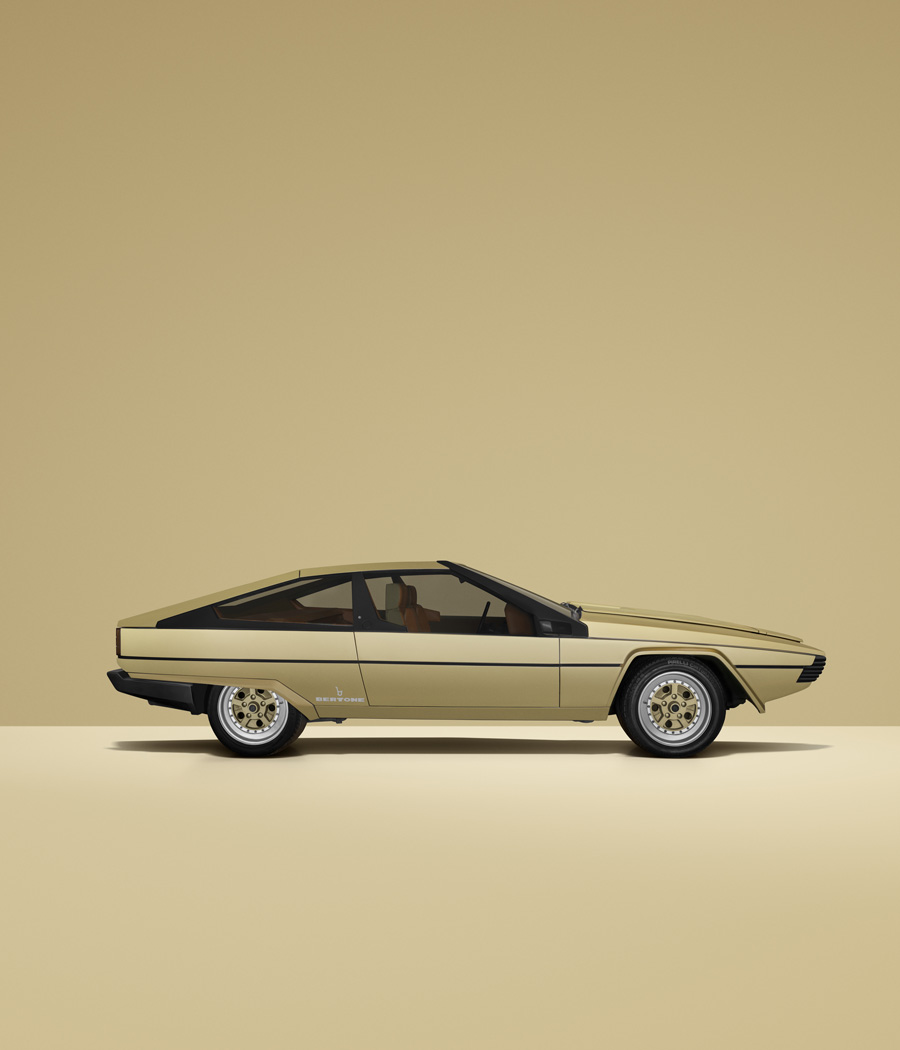 Running from 1968 through to 1979, the models from Lancia, Jaguar, Alfa Romeo, Volvo, Ferrari and more encapsulate the creative atmosphere within the automotive world at the time. Some designers actively sought to replicate the shapes of spaceships while others simply searched for the polar opposite to the streamlined curves of the previous decade. 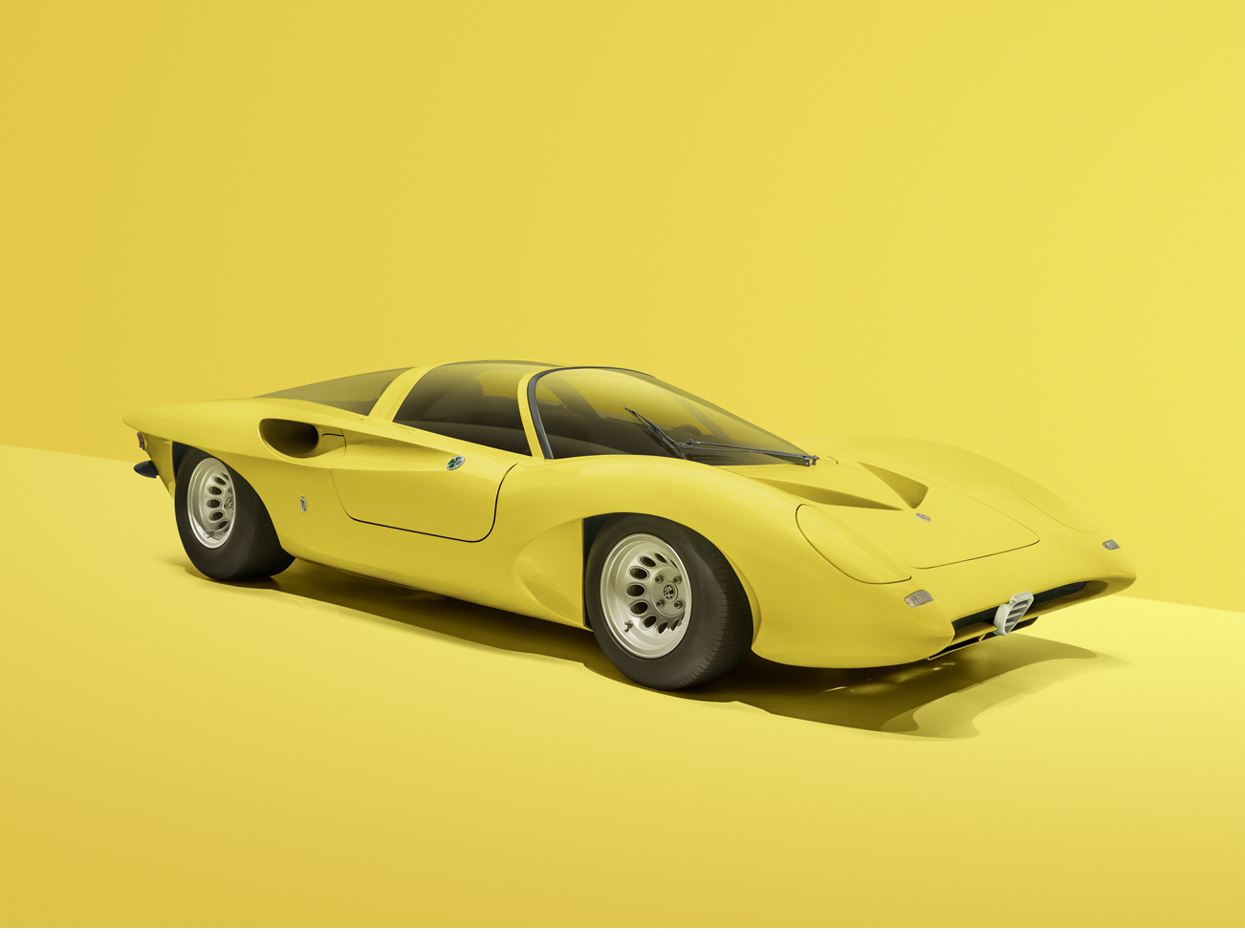 Keep up to date with automotive news at OPUMO.