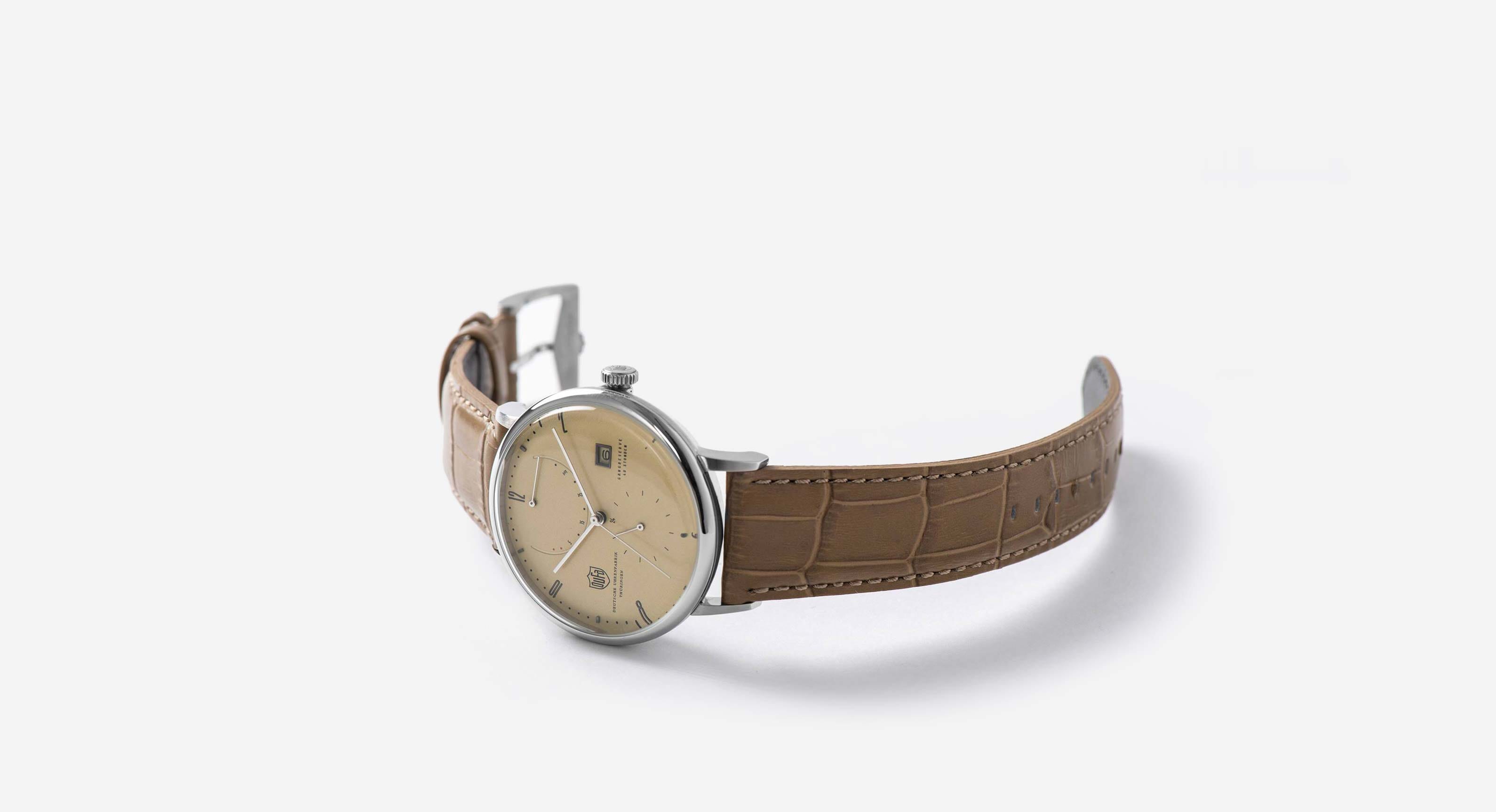 It’s hard to think of an affordable modern watch brand that combines elegance, practicality and genuine watchmaking history better than Dufa. Originally founded in 1920, Dufa is a revival of the heritage of Etzold and Popitz clock factory in Germany and offers consistent production of some of the finest German watches out there. How does that sound for reliability?

Reliability and build-quality aside, there’s still an awful lot of detail that goes into each and every Dufa watch – including an eclectic range of retro dials, curved domes and pocket-watch-inspired round bezels that define each and every one. The brand’s vintage approach to contemporary watchmaking makes for a welcome departure from the minimalist watch trend of the moment, and in doing so, each Dufa watch represents the best in German style and craftsmanship. Want to know more? Read on for the full Dufa Watches review featuring two of the brand’s signature timepieces, the Dufa Regulator and the Dufa Gropius Watch. 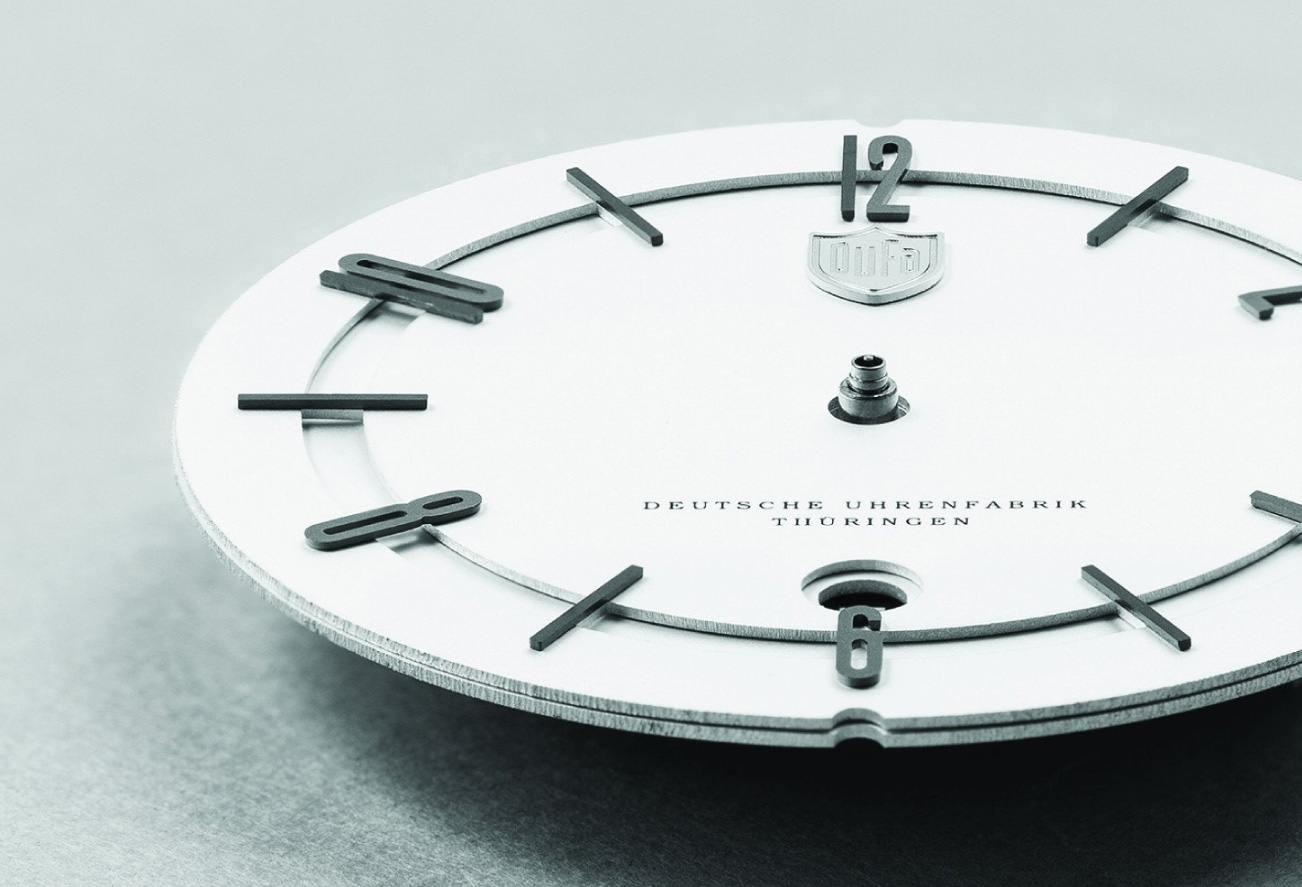 When it comes to the Dufa Regulator Watch, the stand-out details surround the big central minute hand, the smaller hour hand and then an even smaller seconds hand – the hallmark of the Regulator movement. In an aesthetic sense, there is a clarity and precision in separating each hand to demonstrate the purity of each cycle in time and to give the wearer a more complete sense of time, too. The Regulator movement first appeared in the late 18th century to improve legibility when checked by watchmakers as a reference time for the accuracy of their pocket watch. Today, the Dufa Regulator is updated to feature a 24-hour indication on the left side of the dial, rather than a more common 12-hour orientation.

Although it represents more of a dress watch than your usual minimalist wrist watch, its 42mm polished case and slim-line leather strap means it’s equally wearable through the day-to-day too. The Dufa Regulator’s dial curves at the lip to create a three-dimensional outlook, and the minute hand matches the same curve so the entire watch face flows with the detailed indexes on the dial surface. Beyond that, the rest of the dial on the Dufa Regulator is relatively straightforward; simple ‘Regulator’ text sits at 2 o’clock, a ‘Made in Germany’ hallmark curves along the bottom and the Dufa crest sits proudly at 12, which finishes off the entire dial with some sophisticated aplomb.

In terms of technical specifications, here’s all you need to know when it comes to the Dufa Regulator Watch: 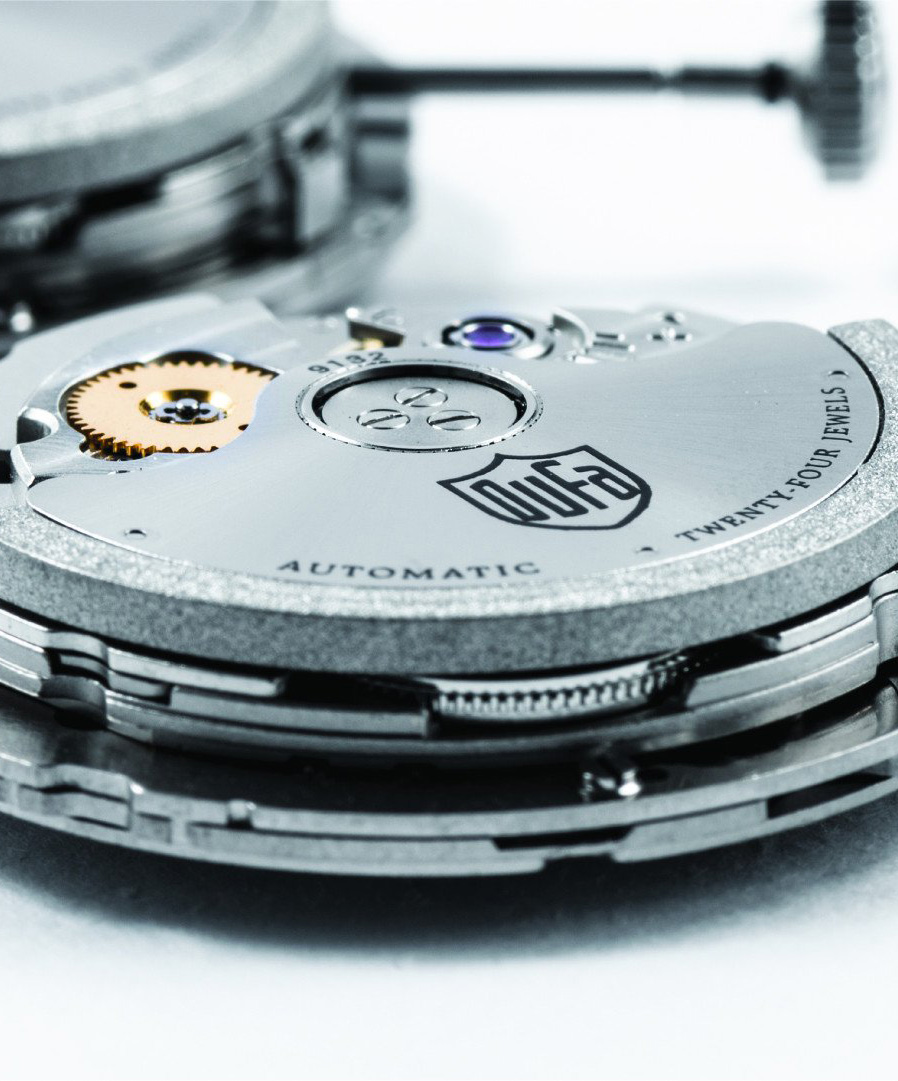 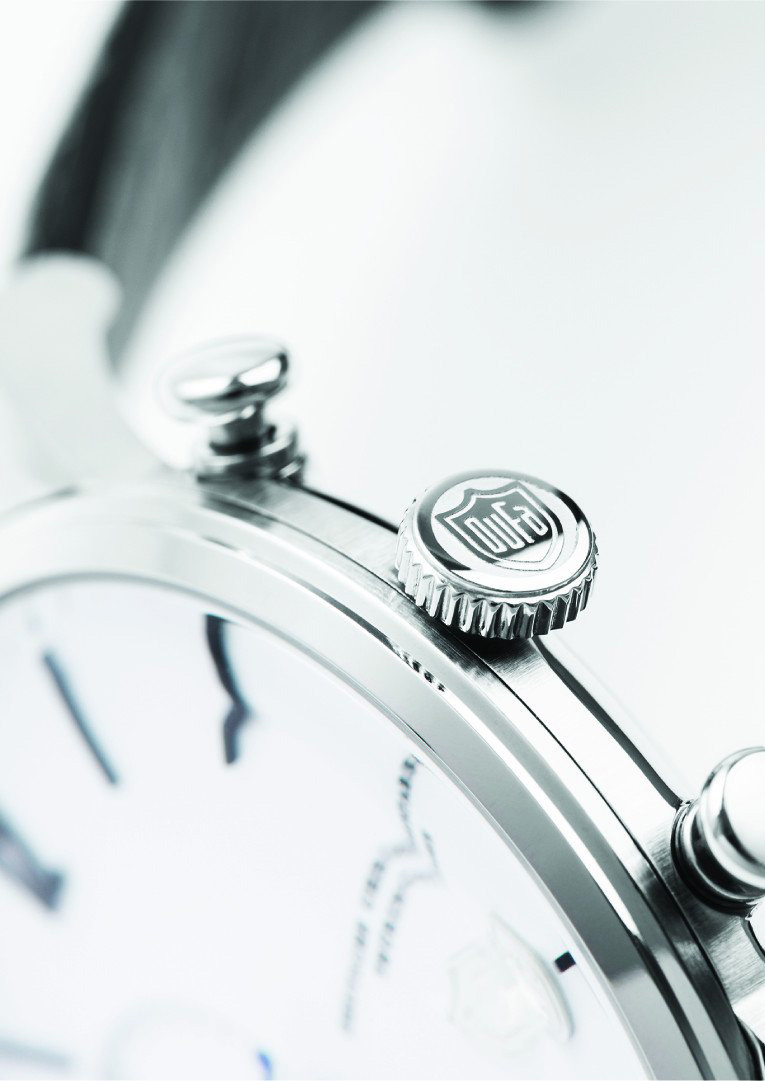 What first strikes you about the Dufa Gropius is how the German watchmakers have managed to make the minimalist watch look and feel a lot different to the competition, without adding much. That, in itself, goes to show the strength of Dufa’s design prowess. Granted, the case is entirely minimalist, and it weighs in at a slight 35g, which is nothing unusual but through the use of depth and dimension, the watch strikes the perfect balance between modern and vintage styling. Uncluttered by the markings, the dials hint at only the most important elements through clean embossing that leaves you somewhat in awe of not only the purity of the design but also the homage to Bauhaus. That feeling is continued into thin hands and Bauhaus numbers which give the Gropius an edge that is lacking in more mainstream watches.

Looking beyond the dial, the case maintains the minimalist ideal with its beautifully rounded shape that is supported by the 18mm strap, which slims down to 16mm at the buckle that’s held in place by the trademark Dufa logo across the strap. It’s a fairly thin silhouette, but it matches the overriding vintage feel of the watch and perfectly suits the size of the case as well. It also ensures that the Gropius, in comparison to the Dufa Regulator, can be considered more of an everyday timepiece as its understated design and more affordable price tag of £220, will look good on any wrist and will suit any occasion. Especially when it comes in a variety of colours including White / Black, Ice Blue / Navy, White / Rose Gold and more.

In terms of technical specifications, here’s all you need to know when it comes to the Dufa Gropius Watch: 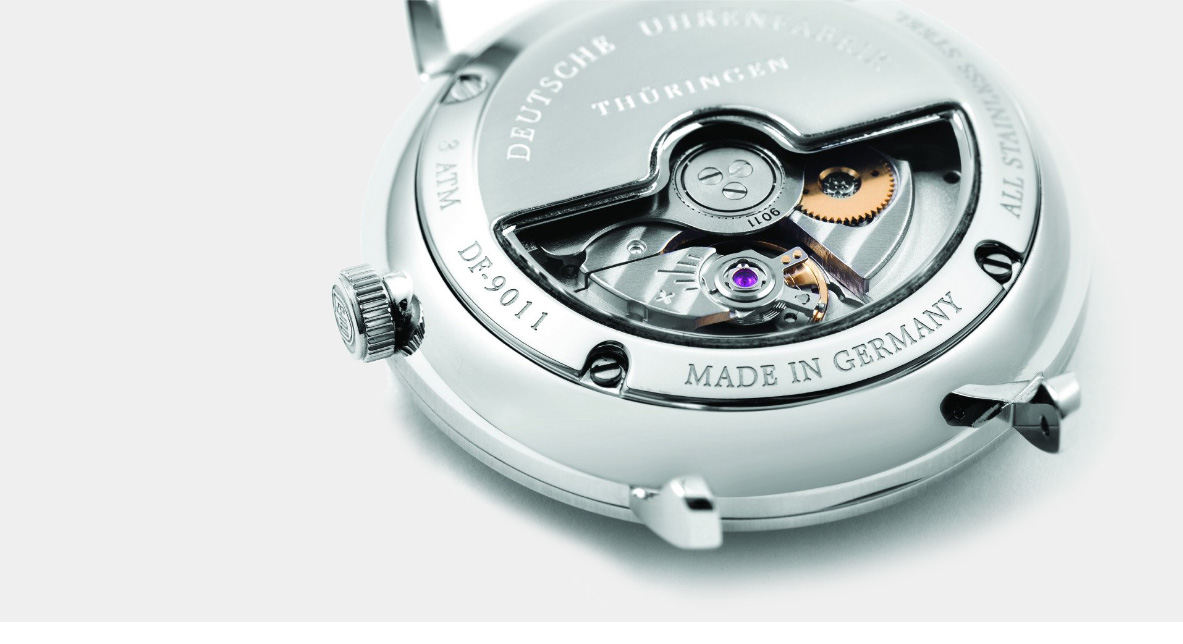