An Incredible Family Home on a Sloping San Francisco Street 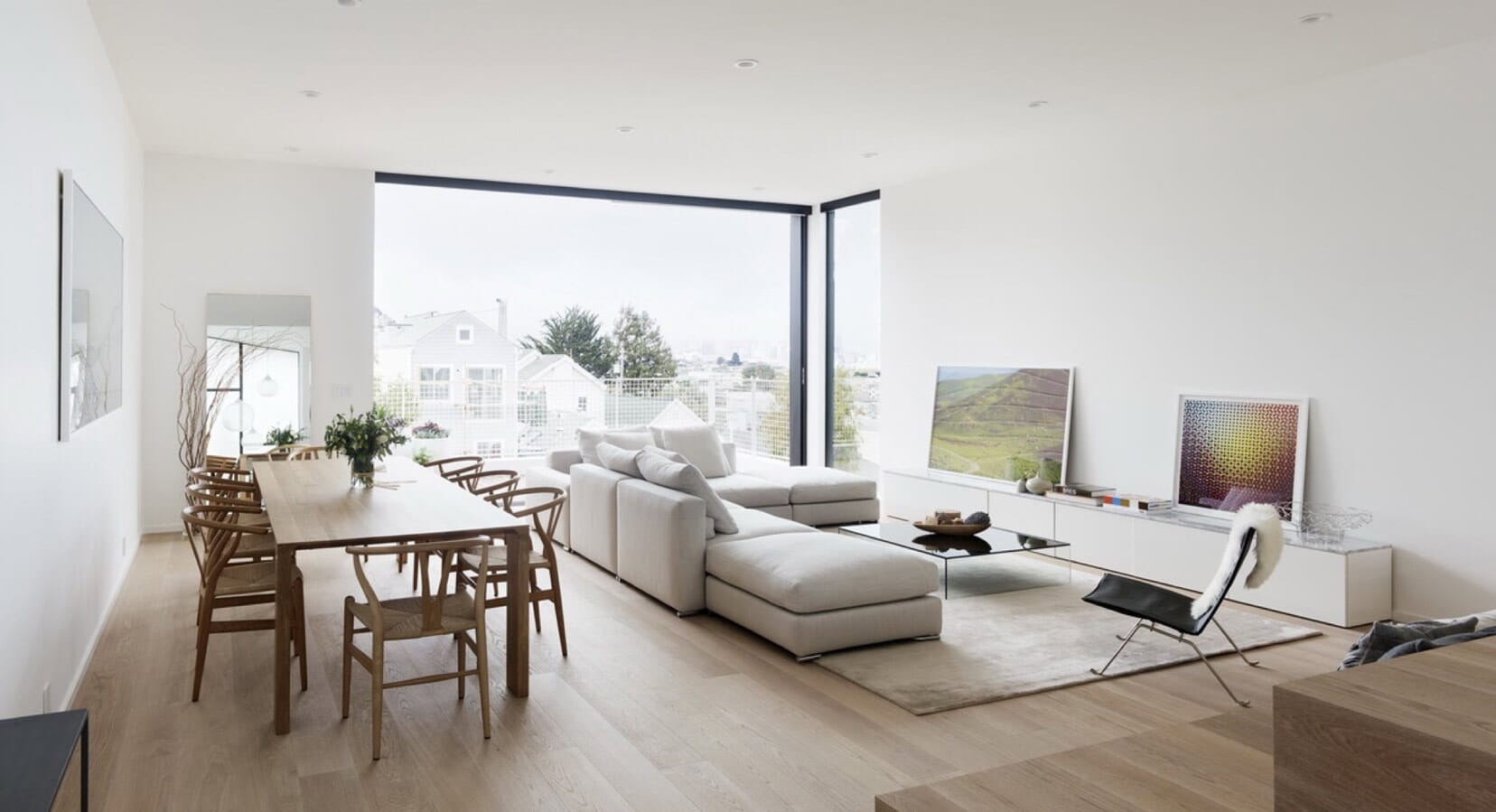 The biggest gripe that most people have when it comes to modern architecture is its disengagement with real life – the fact that most designs, despite their grandiose, lack a little human touch. The same criticism cannot be levelled at the latest project from Edmonds + Lee Architects, though.

As the Switchback House, in the heart of San Francisco, has been designed as the idyllic urban dwelling for the architects themselves. Which means every decision and deliberation was made with thought, consideration and with the bigger picture of comfortable modern living in mind.

Vivian Lee and Robert Edmonds, a married couple and the founding partners of local San Francisco firm Edmonds + Lee Architects, designed the home for themselves and their two young children. But rather than occupying the full residence, they opted to divide the three-storey building into two discrete units. The upper floors are used by the family, while the bottom level is to be leased to a tenant. The lower floor can be – and currently is used as – an income-producing rental, but the house is designed flexibly enough that the owners can turn the structure back into a single-family home,” explained the studio.

The modern duplex is clad in white from pre-manufactured trim boards, with the street-facing elevation featuring a large expanse of dark glass. A rectilinear volume protrudes from the front of the residence, providing a contrast to the home’s sharply slanted roof.

Inside, the architects placed an emphasis on quality over quantity; “Working as not only their own clients but also their own developers, they were able to avoid the typical market-driven pressure of maximising square feet and instead focus on qualitative issues,” the studio said. The overall goal, and result of the resilient project, was to create a home that embraced its urban context while also feeling, ‘light, airy, spacious and open to the sky.’

Take a tour of the Switchback House in the image gallery above and for more modern urban architecture check out the Edmonds + Lee Architects website. 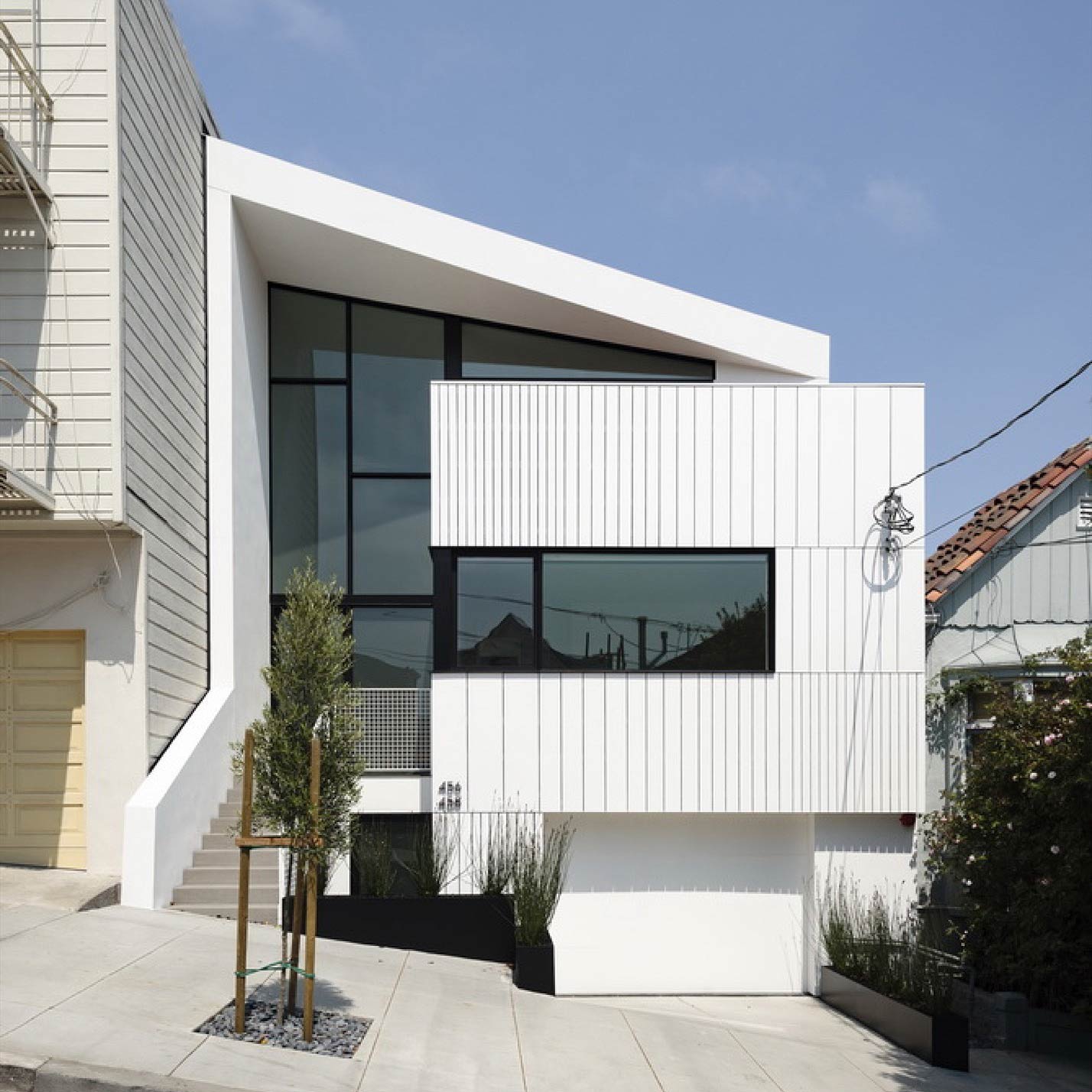 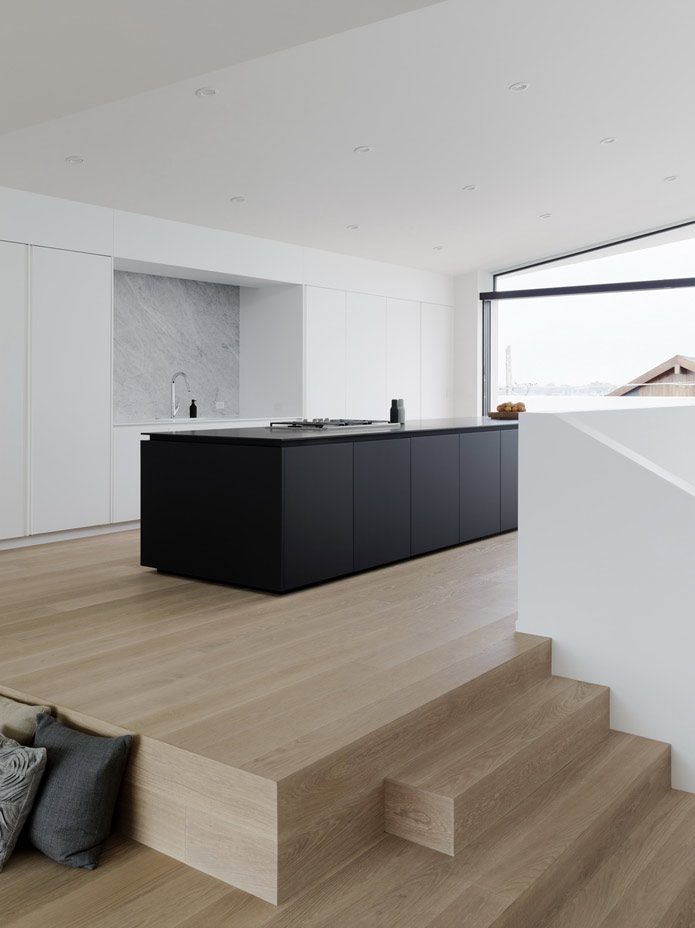 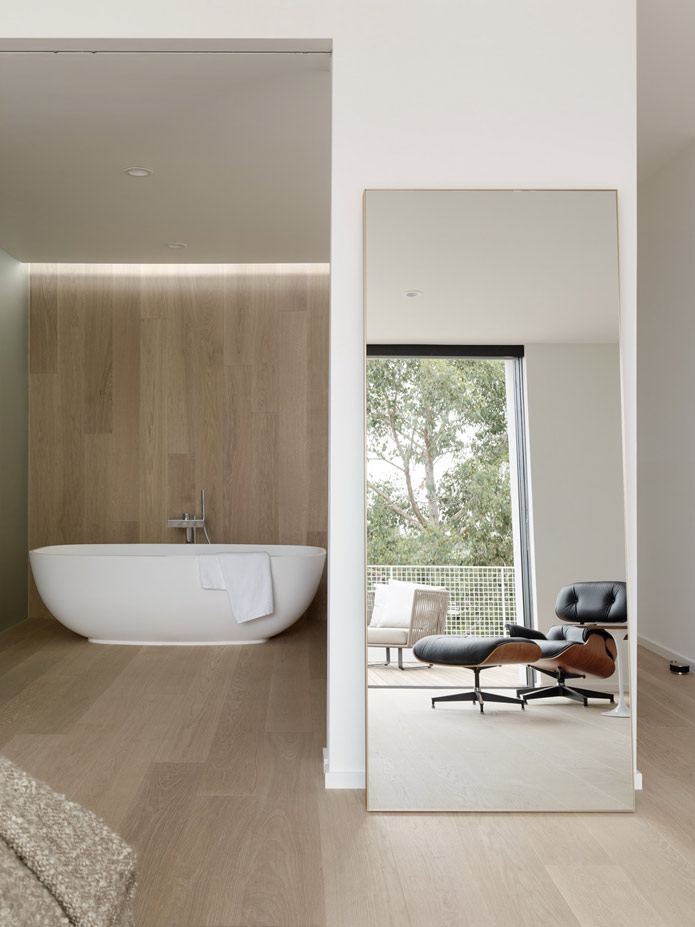 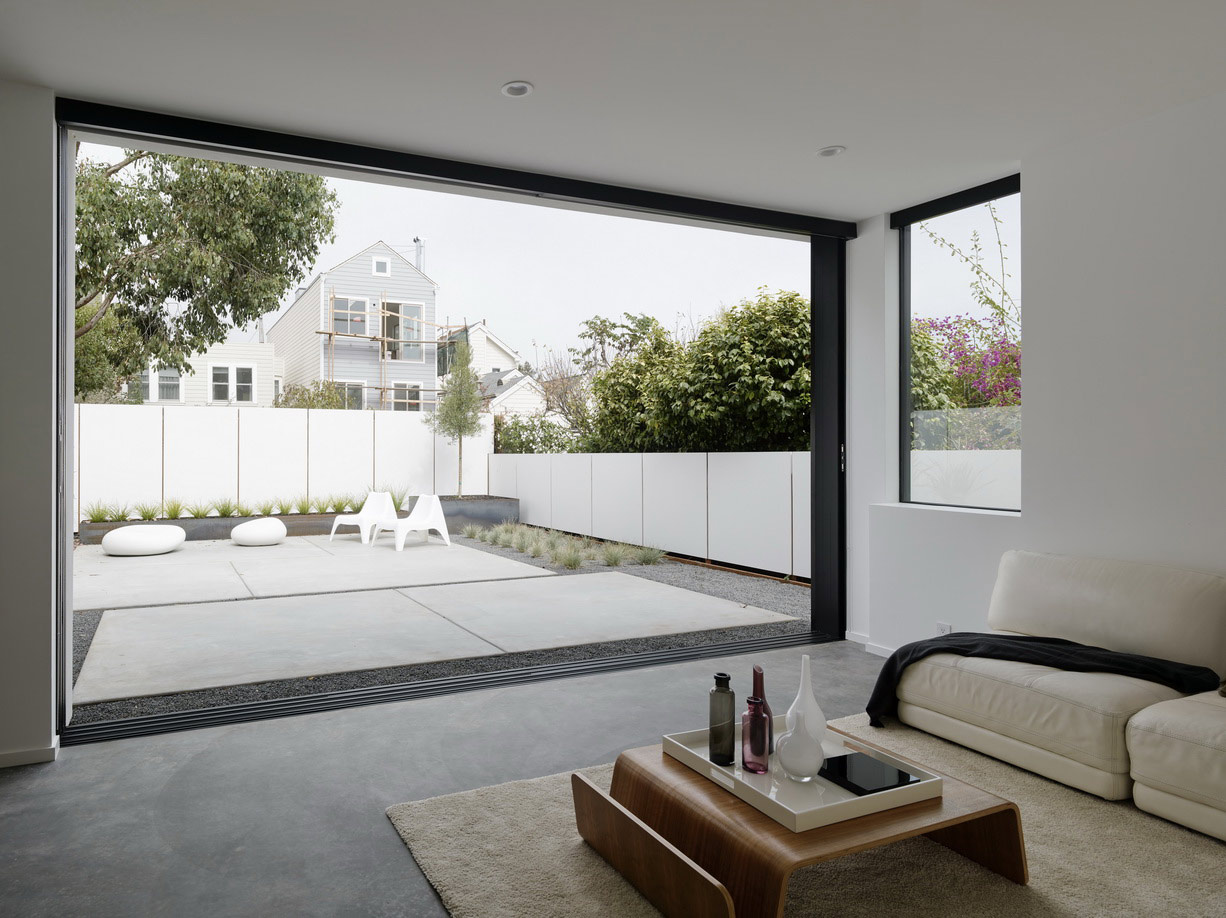