Everything You Need To Know About Defakto Watches 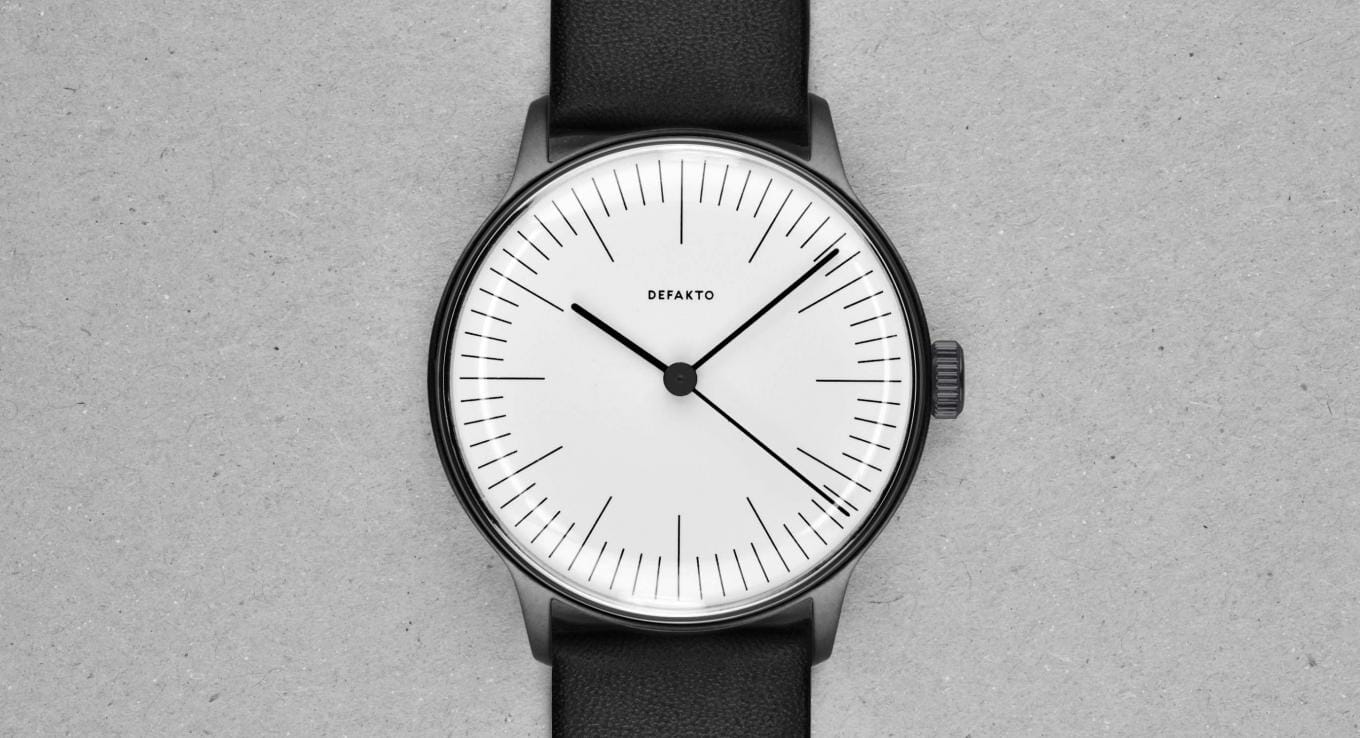 As Christmas approaches, we know you're manically trying to find something to put on your wish list before it's too late. A great Christmas present has sentimental value and will last a long time. What better then, than a new watch? Defakto Watches has a rich history of watchmaking, while also possessing the forward-thinking design of Raphael Ickler, the 33-year-old founder. Which makes them the ideal candidate for that last spot on your wish list. We've written a quick and concise Defakto watch review below just in case you need convincing. 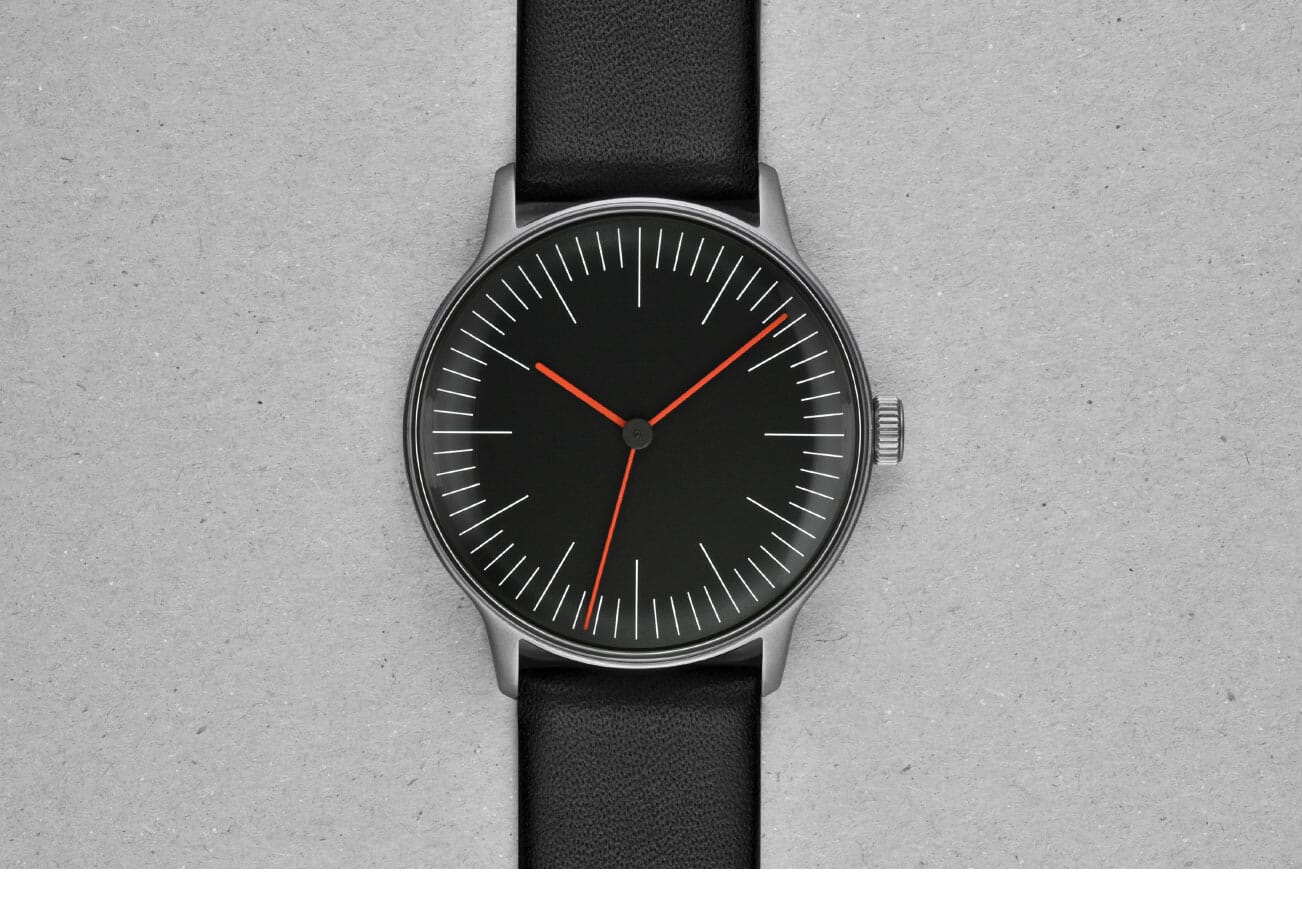 Defakto Watches was founded in Germany in 2009. Although Defakto itself is less than a decade old, the watchmaking tradition of founder Raphael Ickler’s family has run for ninety years. This is what makes it possible for 33-year-old Raphael to do everything at Defakto, from design to development, production, communication and watchmaking. It breathes through to the watches, too. 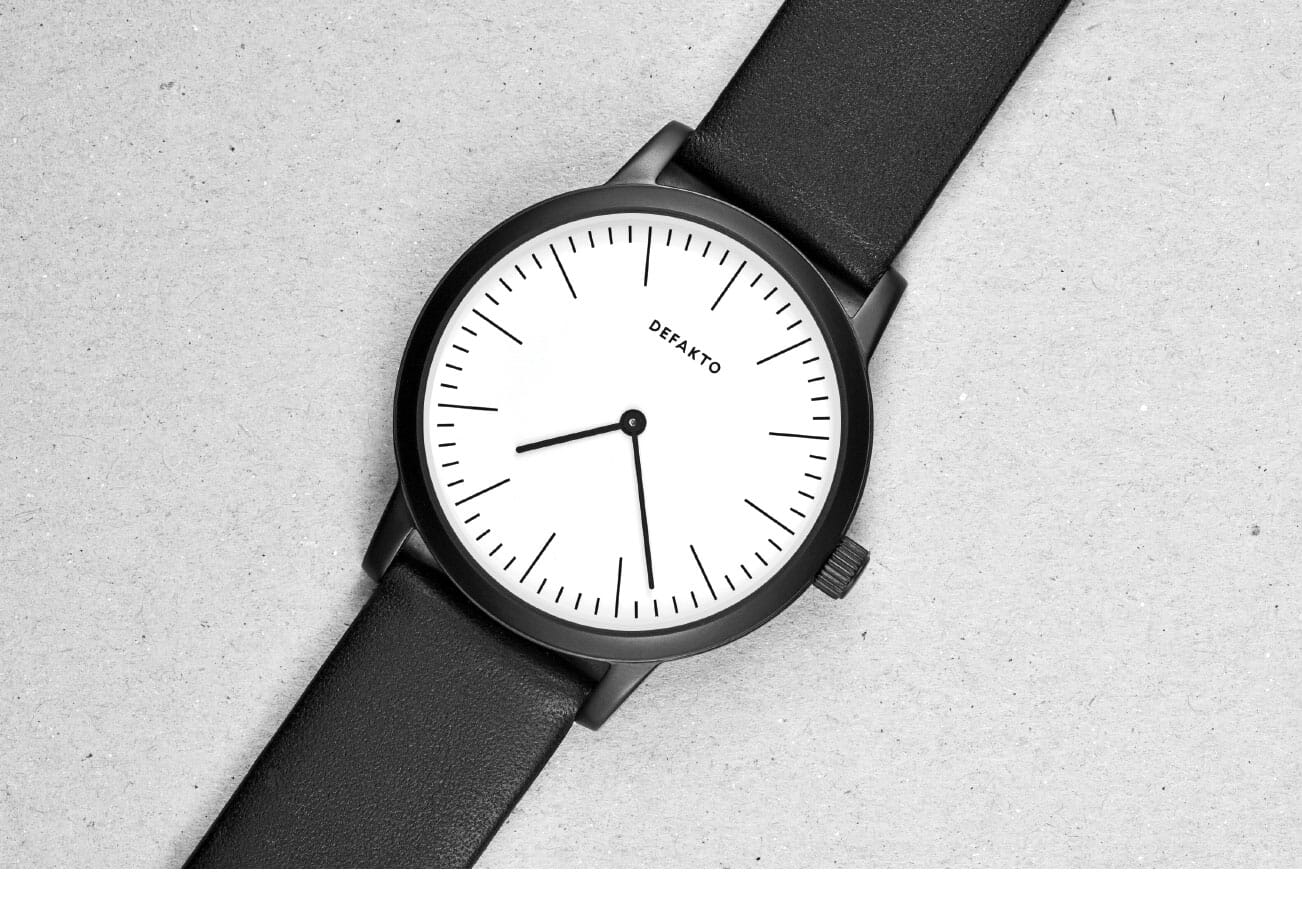 Defakto Watches’ mission is to offer high-quality minimalist watches that last a lifetime. In a bid to fulfil all sides of manufacturing, Defakto uses function-driven watch cases and balances the reliability of Swiss and Japanese movements with the minimalist hands and dial. Defakto aim to make you rethink time itself, for their Sins and Mono one-hand watches, fifteen or five minute indexes convey a more relaxed experience of time.

Defakto is inspired heavily by the German Bauhaus movement of the early twentieth century. Simple, clear designs cater to a minimalist aesthetic as well as being easy to read and doing their job well. 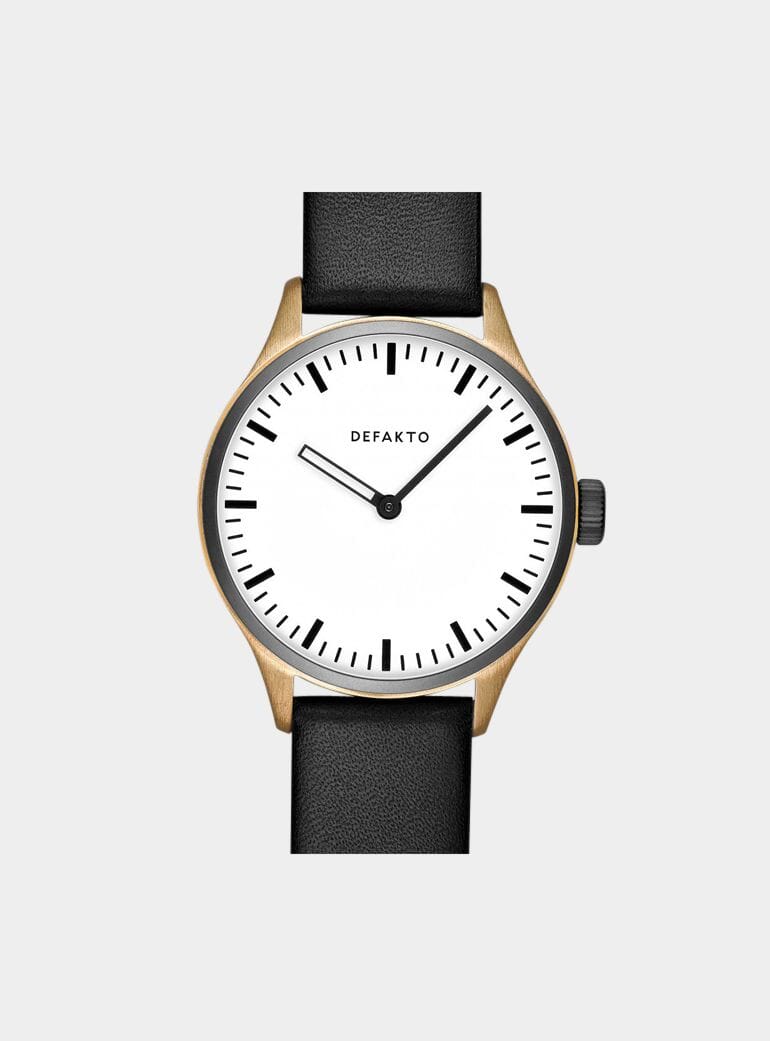 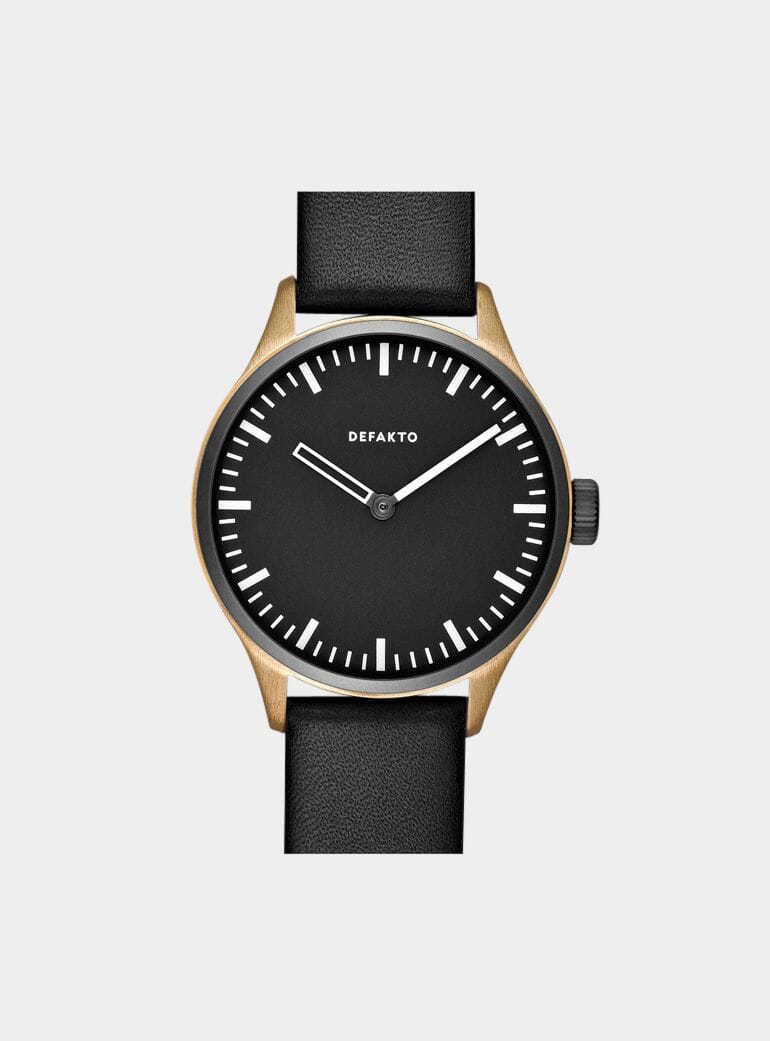 As the name suggests, the Defakto Mono Standard is the watch that sets the precedent for the brand's strong contemporary aesthetic. The casual watch face and scale stimulates the wearers intuition and leads to a more relaxed experience of time. Not only that, the clean and minimal white face of the Standard Watch contrasts with the black stainless steel casing and the cowhide strap for an understated finish.

More mysterious and sleek than the openness of the Standard watch, the Akkord combines a brutalist German aesthetic with undeniable luxury. The clean industrial face is easy to read and will look extremely sharp peeking out of your shirt’s cuffs.

Defakto produces some of its watches in an Inkognito variation which displays no brand markings. This distills the watch down to its basics, focussing only on great quality and minimalist German design. 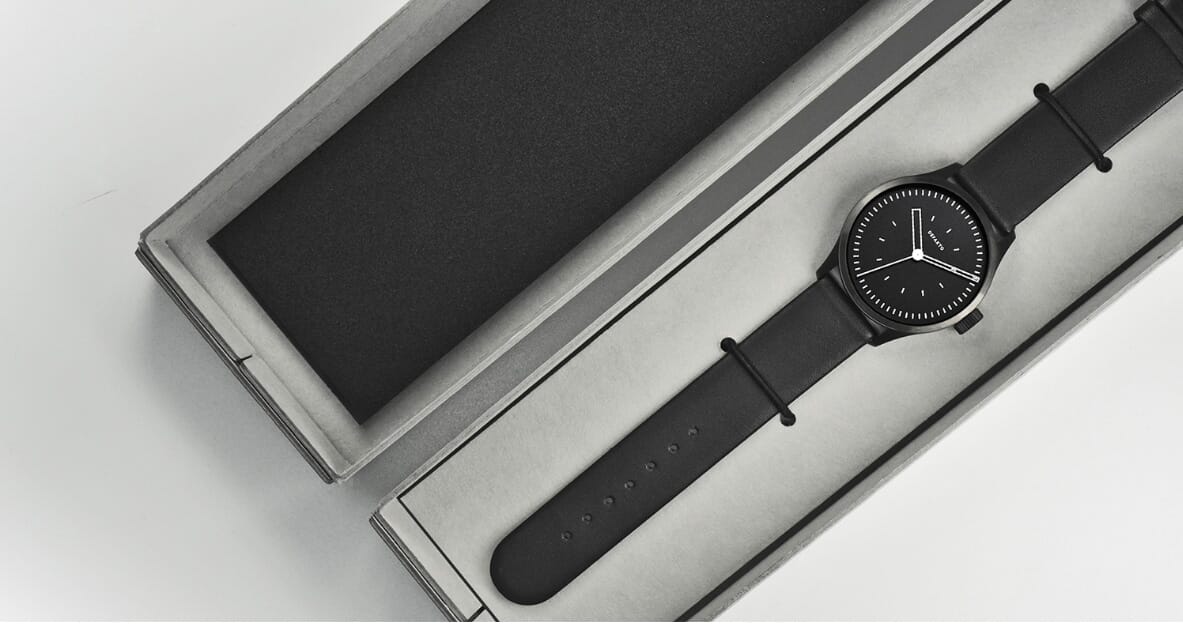 Shop and explore all Defakto Watches at OPUMO.

Looking for another insight into the world of modern watches? Then read our exclusive interview with Ola E. Bernestål, Founder & Creative Director Of TID Watches.