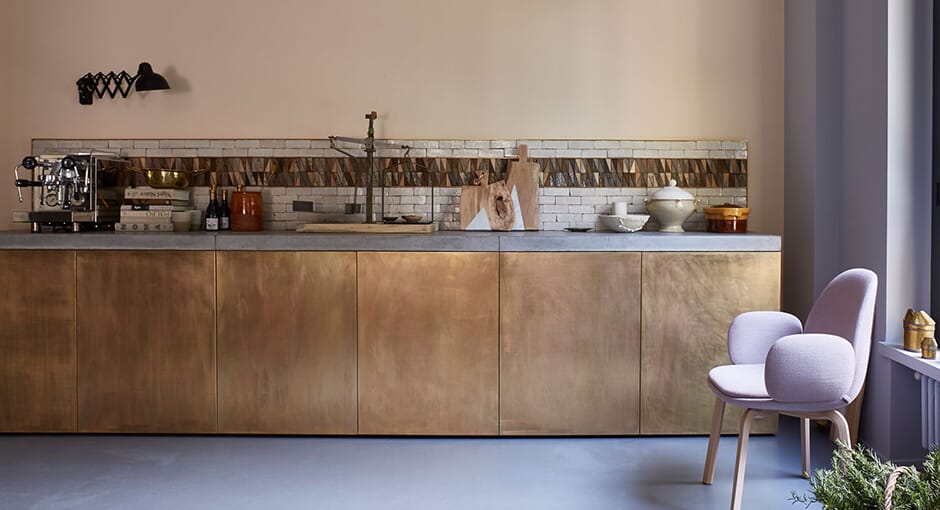 Danish design is by common consent among the best in the world. Milan is by equal measure the global fashion capital. The apartment you see here brings the two together in one irresistible package

Not that anyone actually lives here, though we'd be delighted to do so. The space is, instead, a meticulously curated showroom for the uber cool Danish design company Fritz Hansen - whose pictures these are - featuring the cream of their mid century modern designs, seductively complemented by appropriate accessories.

Fritz Hansen was a Danish carpenter who produced his first bentwood chair in 1915. The eponymous company he then established worked with some of the best known names in Danish design, among them Arne Jacobsen, whose 'Egg' and 'Swan' chairs are among the enduring classics of 20th century furniture and remain in production.

The deceptively simple Milan apartment Fritz Hansen has now established shows off a wide range of pieces, among them the 'Grand Prix' dining chair by Jacobsen himself, still available in a wide range of colours, and the 'Fri' lounge chair, seen in both grey and pink fabric, by Spanish artist/designer Jaime Hayon.

With its headquarters still proudly in eastern Denmark, Fritz Hansen epitomises the very best of Danish design. Beware if you choose to visit their artful apartment when you are next in Milan. You may walk out with your bank balance distinctly lighter. Then again, your life will be significantly enhanced. 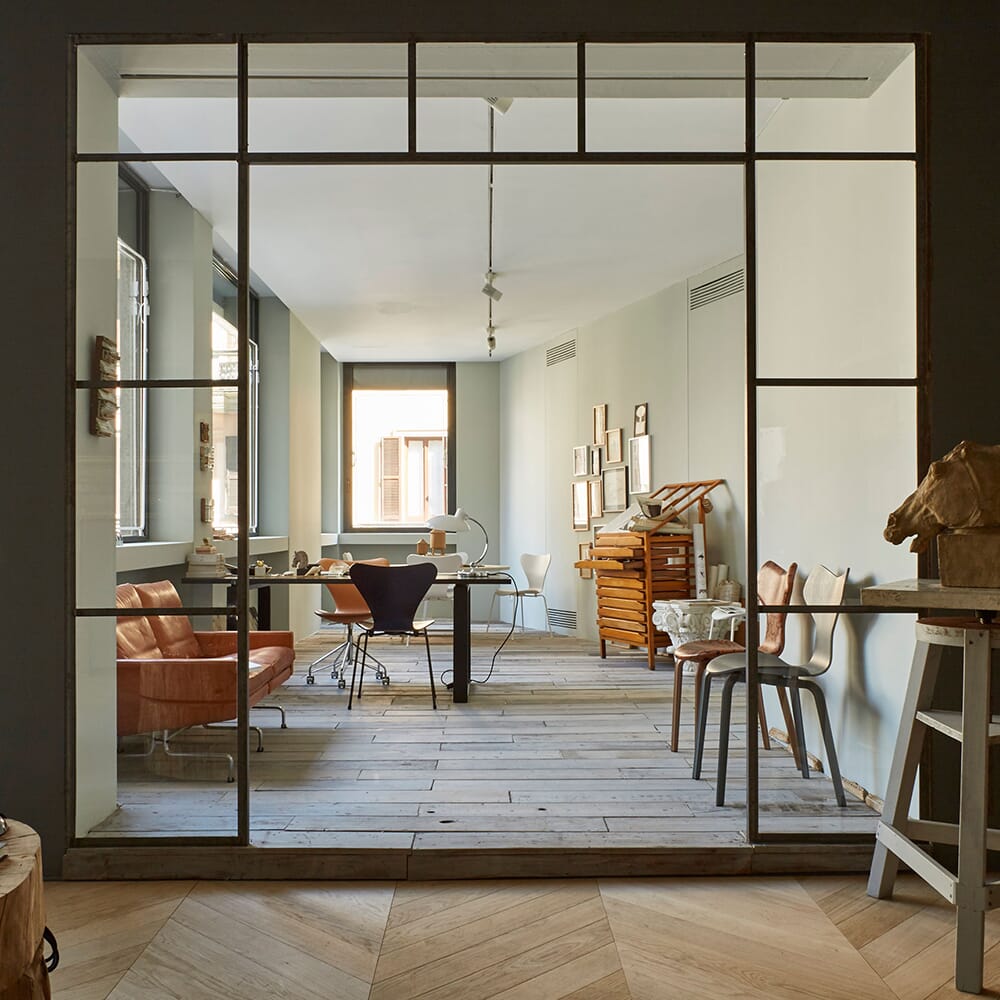 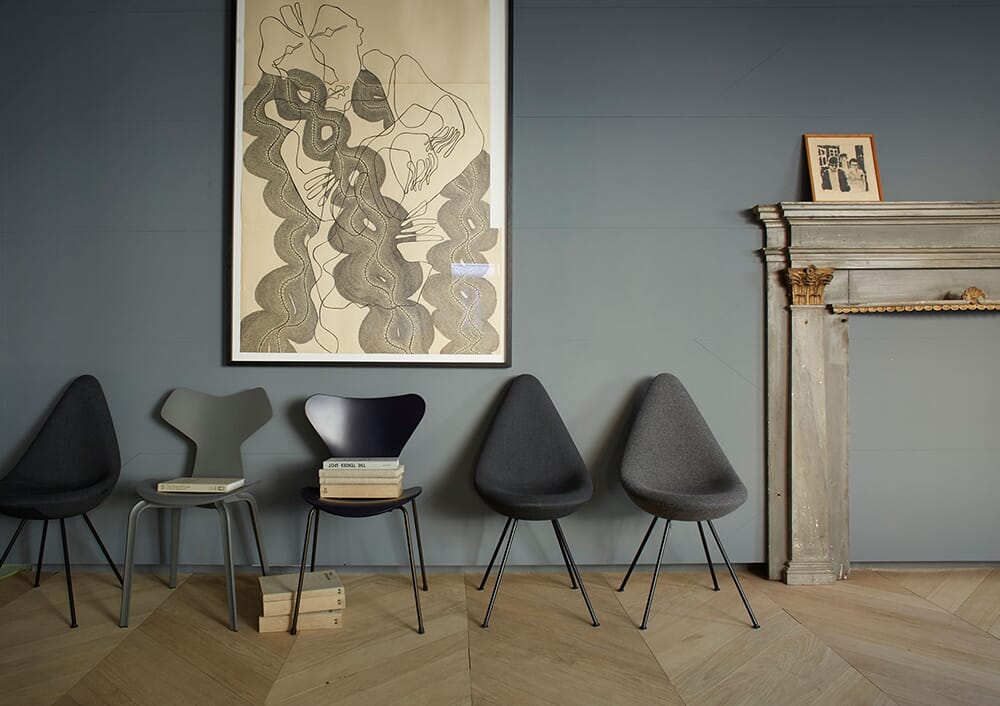 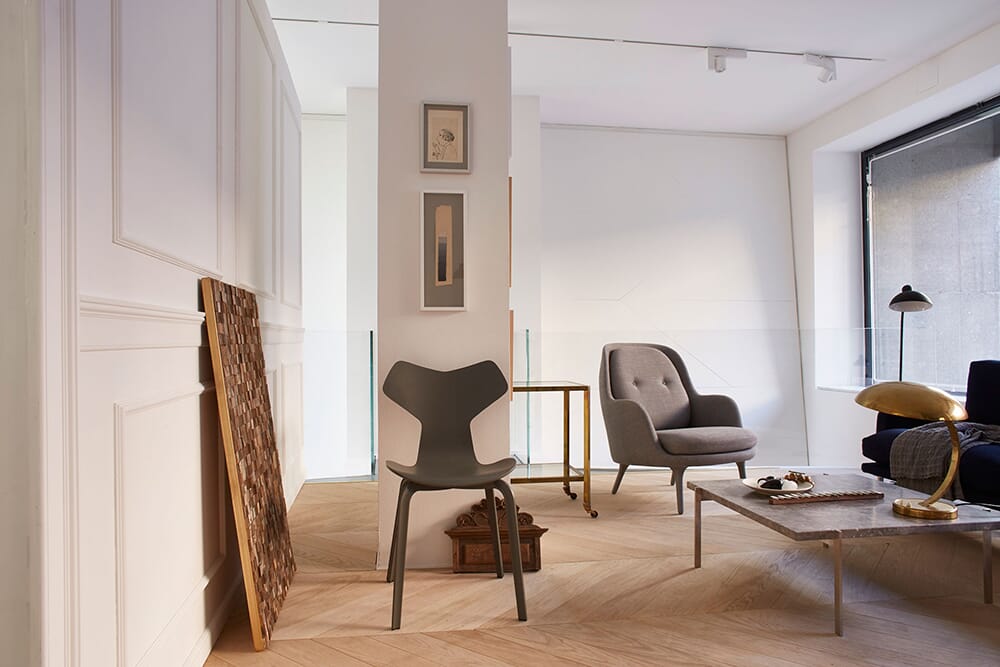 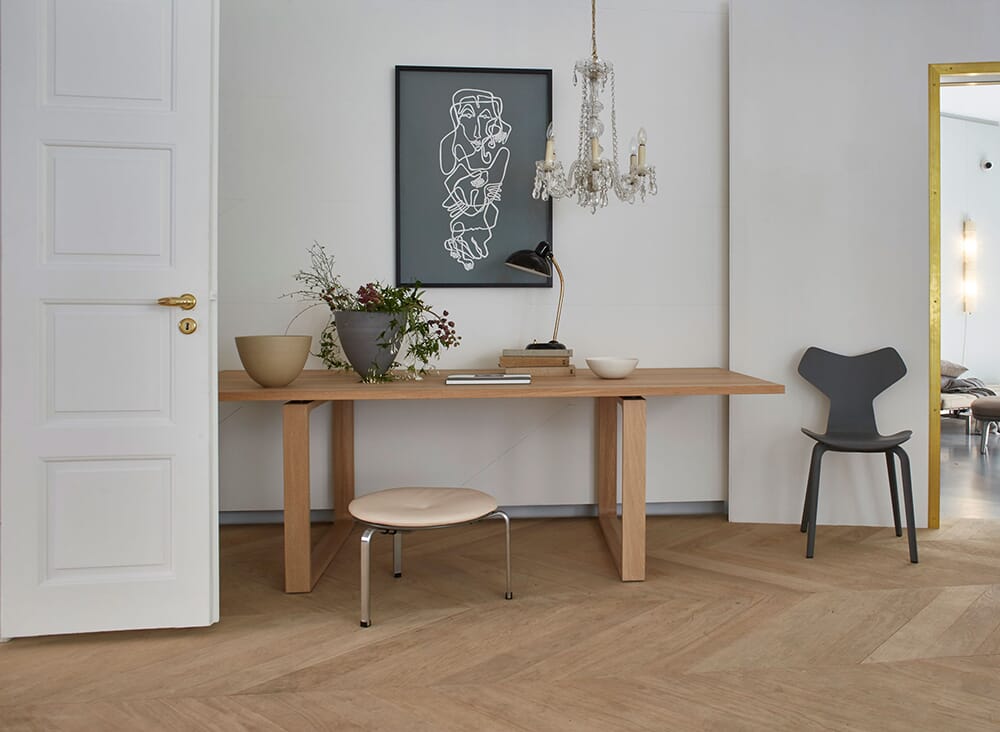