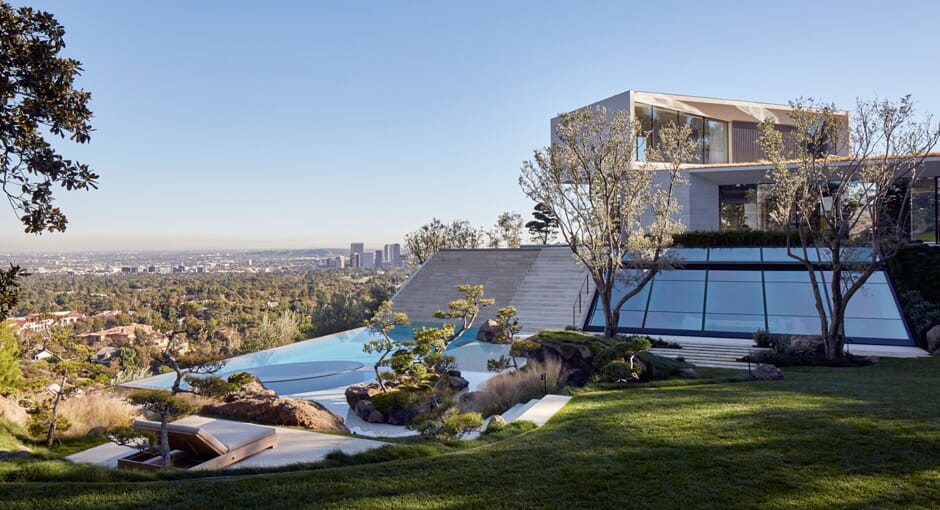 Perched high above the city of Los Angeles on nearly eight acres in the exclusive enclave of Bel Air, the private residence L.A Villa by Oppenheim Architecture is a cinematic tour de force, capturing views of the city below and majestic valleys behind.

Constructed alongside L.A architecture firm Rios Clementi Hale Studios, and interior designers Lorraine Letendre and Lynda Murray, the meticulous 30,000-square-foot, three-storey dwelling is designed around simplistic rectilinear forms. Concealing masterful cantilevers, and a discrete hillside staircase that stretches down from the house to the infinity pool.

But despite the grandeur of the house, it remains largely discreet. Built on a steep, 8-acre plot, the house stands almost invisible when viewed from the street. The first floor delightfully forms an overhang to create a sense of weightlessness; adding to the opulence and mystique of the property. The two independent volumes are stacked to balance on top of the ground floor, both comprising of their own private living quarters.

Bay, as one would expect, immersed himself in the creation of the house, as all good directors naturally would. The meticulous landscapes and the design features of the house all derived from the directions of Bay. The four-year long process reflects Bay’s desire to not only create a home, but a unique, immersive experience that transports all visitors into another realm.

Take a closer look at the entire L.A Villa below. 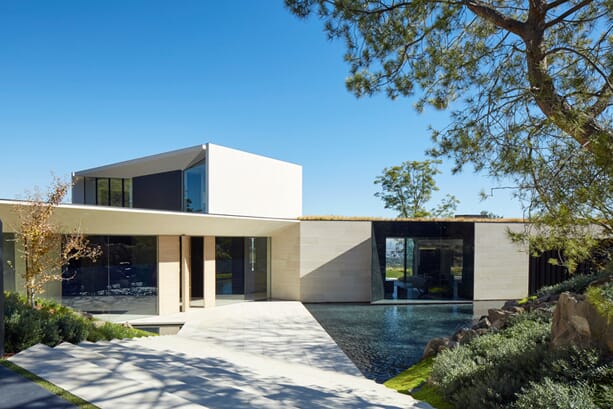 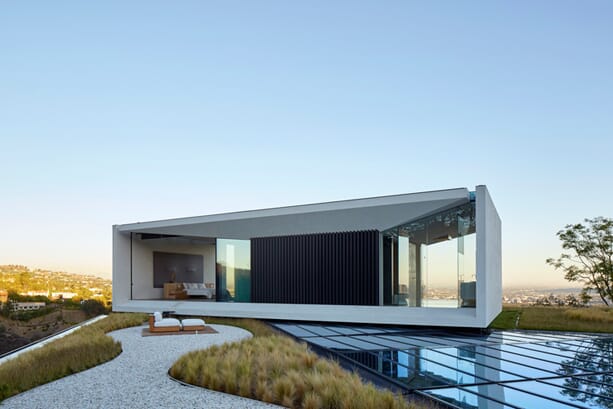 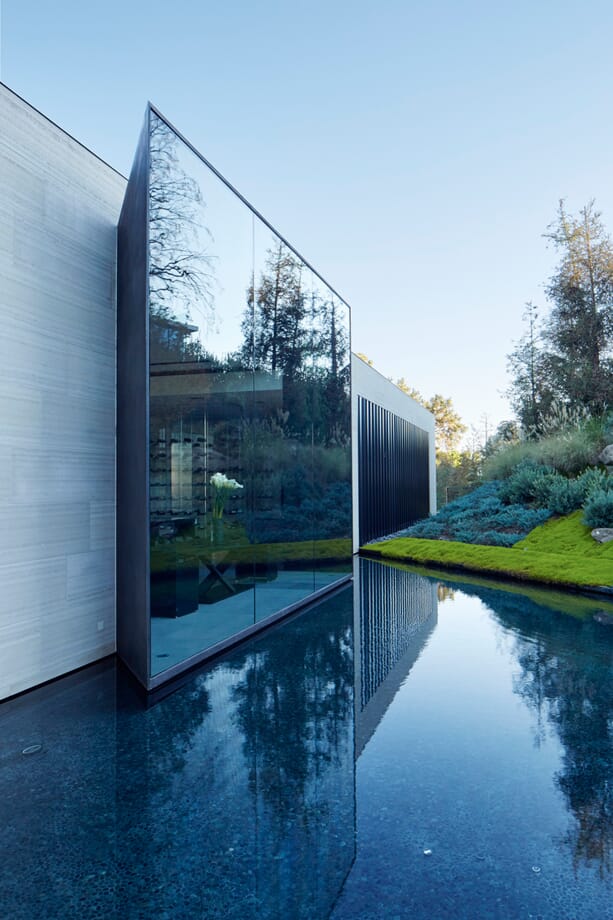 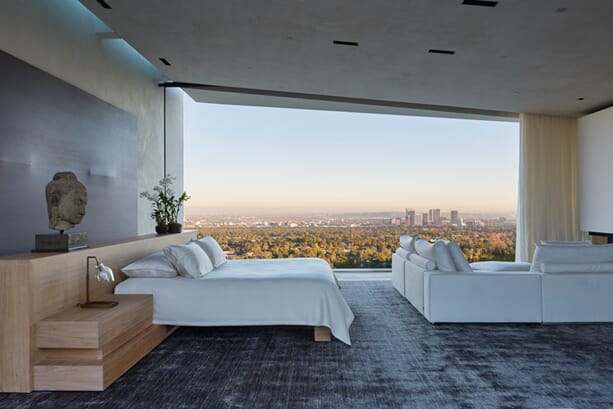 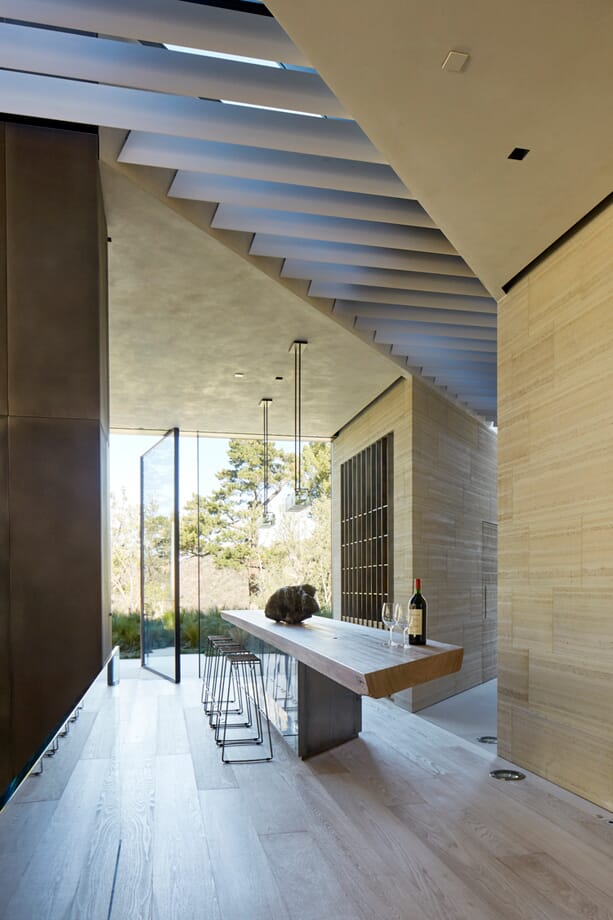 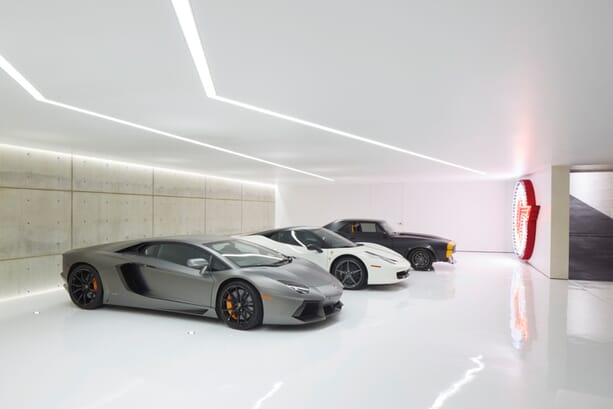 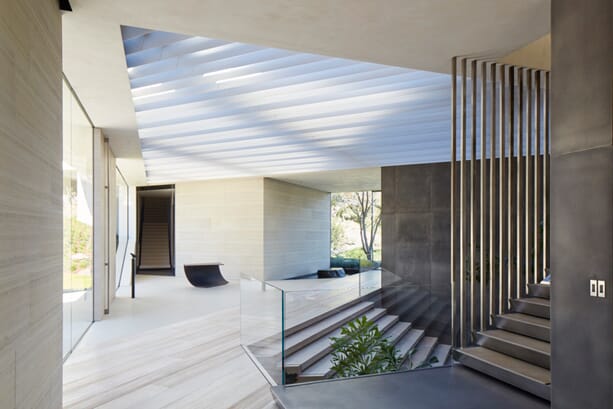